Accessibility links
Poll: Doctors Are Prescribing Back Pain Treatments That May Do More Harm Than Good : Shots - Health News More than half of Americans suffer lower back pain each year, the latest NPR/Truven Health Analytics survey finds. And they're often not going for treatments recommended as safest and most effective.

Poll: Doctors Are Still Prescribing Lots Of Opioids For Low Back Pain

Poll: Doctors Are Still Prescribing Lots Of Opioids For Low Back Pain 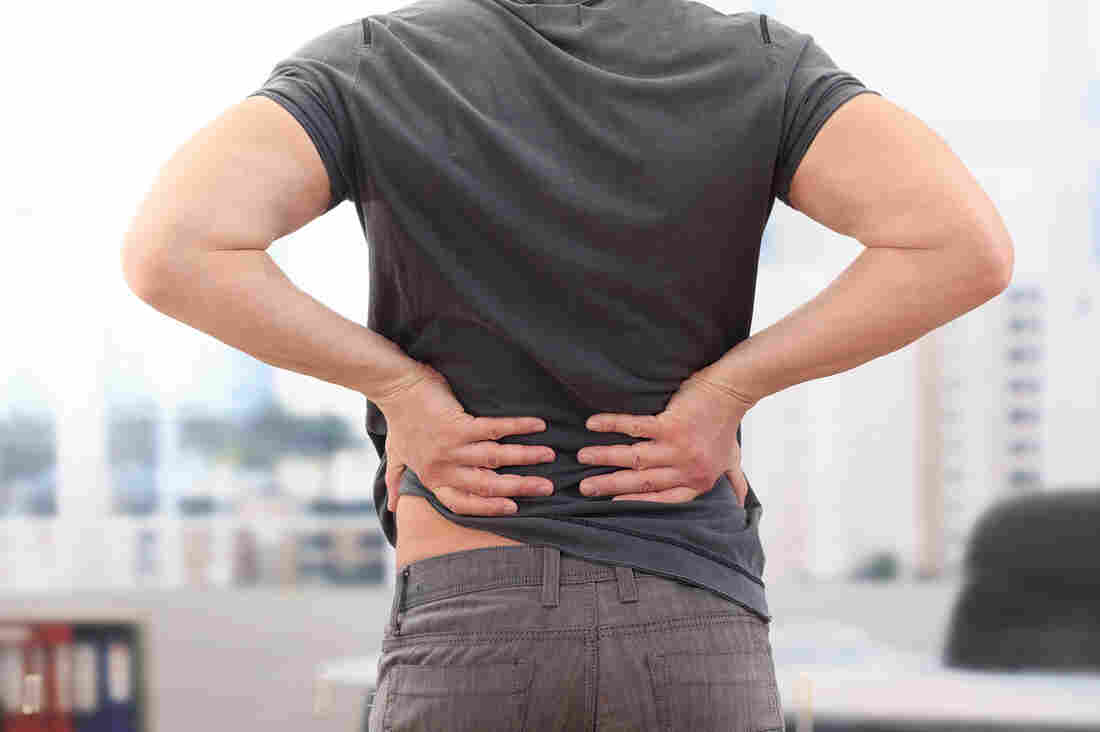 Millennials are more apt to treat low back pain themselves, and with treatments like exercise and massage. Getty Images/iStockphoto hide caption 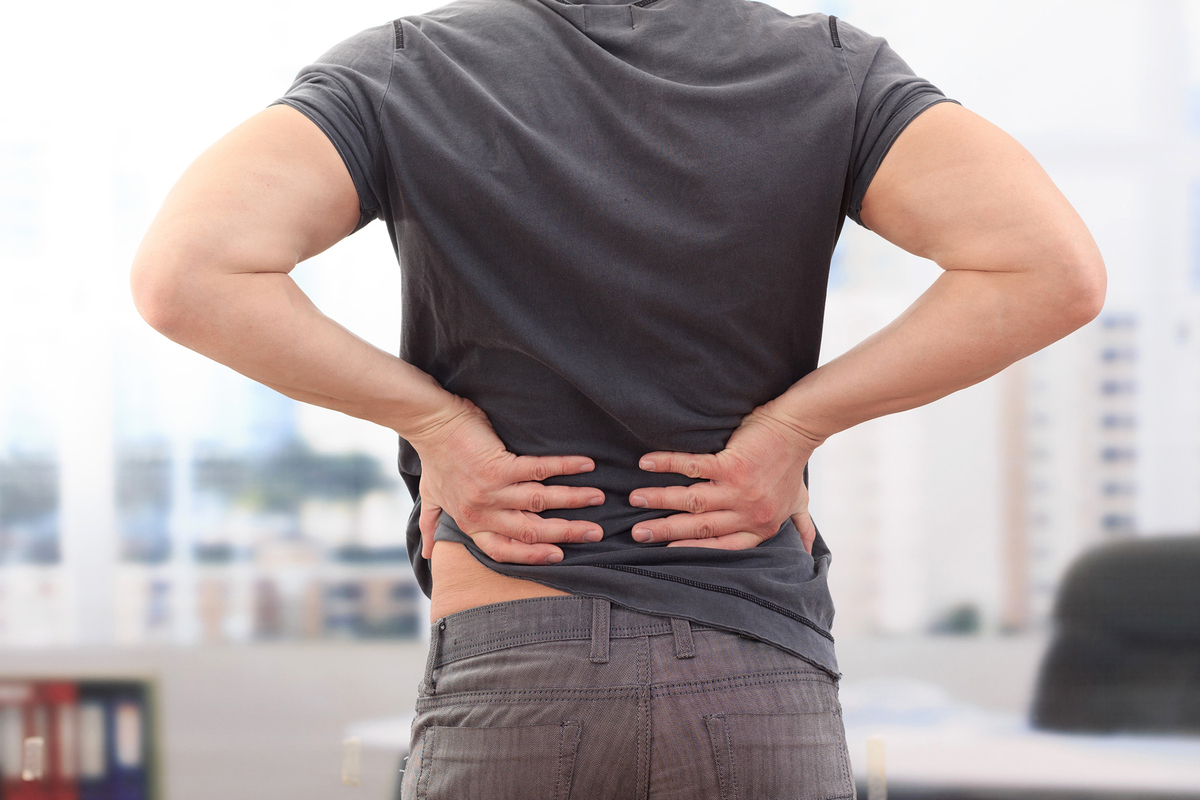 Millennials are more apt to treat low back pain themselves, and with treatments like exercise and massage.

More than half of people say they've suffered lower back pain in the past year, according to the latest NPR-Truven Health Analytics Health Poll.

That's not a surprise; low back pain is very common, and one of the biggest reasons that people seek medical care. But people told us that they're making very different choices in how they treat that pain, with some stark differences among age groups and income levels.

And doctors often aren't giving people advice based on the best medical evidence, instead prescribing treatments that don't relieve back pain and can expose people to serious risk, including addiction.

Fifty-five percent of people polled said they treated the back pain themselves without going to a doctor. That makes sense; most back pain gets better on its own, and the self-prescribed remedy that people say they reach for more often, over-the-counter medications like ibuprofen, can offer some relief without significant risk.

Still, the current advice is stay active and try non-pharmaceutical remedies such as a heating pad first, before even Advil or Aleve, according to clinical guidelines published in April by the American College of Physicians. Those guidelines also said there's evidence of benefits from massage, acupuncture or chiropractic.

When people do go to a doctor, the treatment most commonly recommended to survey participants was prescription painkillers, at 40 percent. That includes opioids, which are overprescribed and have fueled the nation's epidemic of opioid dependence, addiction and overdose deaths.

In March 2016, the Centers for Disease Control and Prevention recommended that opioids not be the first choice for chronic pain, saying that patients should try things like exercise and non-steroidal pain pills first.

"Many more patients are getting opioids than you would expect," says Dr. Anil Jain, vice president and chief health informatics officer for Truven Health Analytics and IBM Watson Health.

Add that up and it means that someone going to a doctor for back pain has a good chance of getting a treatment that probably won't help, and comes with risks like addiction or surgical complications, according to Dr. Anna Lembke. She's a Stanford University psychiatrist and author of Drug Dealer M.D., which chronicles how opioid pain pills have been promoted to physicians.

"We have a serious problem with our health-care delivery system where physicians are highly incentivized to prescribe pills and perform procedures because that's what pays," Lembke says. "They're also motivated to please patients, but don't have much time to manage complex medical conditions."

The survey finding show a disconnect between what medical organizations recommend and what doctors and patients are doing, says Dr. Steven Atlas, a low back pain specialist at Massachusetts General Hospital who wrote an editorial accompanying the April guidelines.

"The simplest thing to do is to take a medicine for pain," Atlas says. "But these guidelines are more focused on the fact that back pain is often a reflection of our physical well-being."

We're overweight, we don't exercise and we're sedentary in our work, Atlas says. That makes us more prone to low back pain. "Even if medication does well, it's not treating the underlying problem and it can come back."

Millennials were least likely to go to a doctor for back pain, the survey found, with 64 percent saying they treated it themselves. They were also much more likely to use evidence-based treatments like exercise and massage.

That could be because that generation is more consumer-driven and likely to research treatments themselves, Jain says, or it could be because their back pain is caused by recreational activities like sports and they don't see it as needing a doctor's care.

Overall, 70 percent of those surveyed said their back pain got better or went away completely; just 4.7 percent said it got worse.

Recovery also correlated with education level: People who hadn't graduated from college were more likely to say they were still dealing with pain.

That could reflect differences in access to care; the survey found that high-income people were more likely to seek medical care, and also more likely to use massage or exercise, treatments that typically aren't covered by insurance and take time.

It will take time to change the perceptions of patients and doctors that the go-to treatment for low back pain is pills, Atlas says. "Still, the emphasis on patients taking control and understanding what counts for back pain is important."

That's a challenge in his own practice, Atlas says. "I saw a patient today who really wanted medicine; that was their conceptual model. Being a good doctor, I gave them medicine. But I also said, 'You've had back pain in the past, it would be really good to focus on physical activity. Walking is good for it, even if it makes it a little more sore.' "

You can find the questions and full results of the latest poll here. For previous polls, click here.