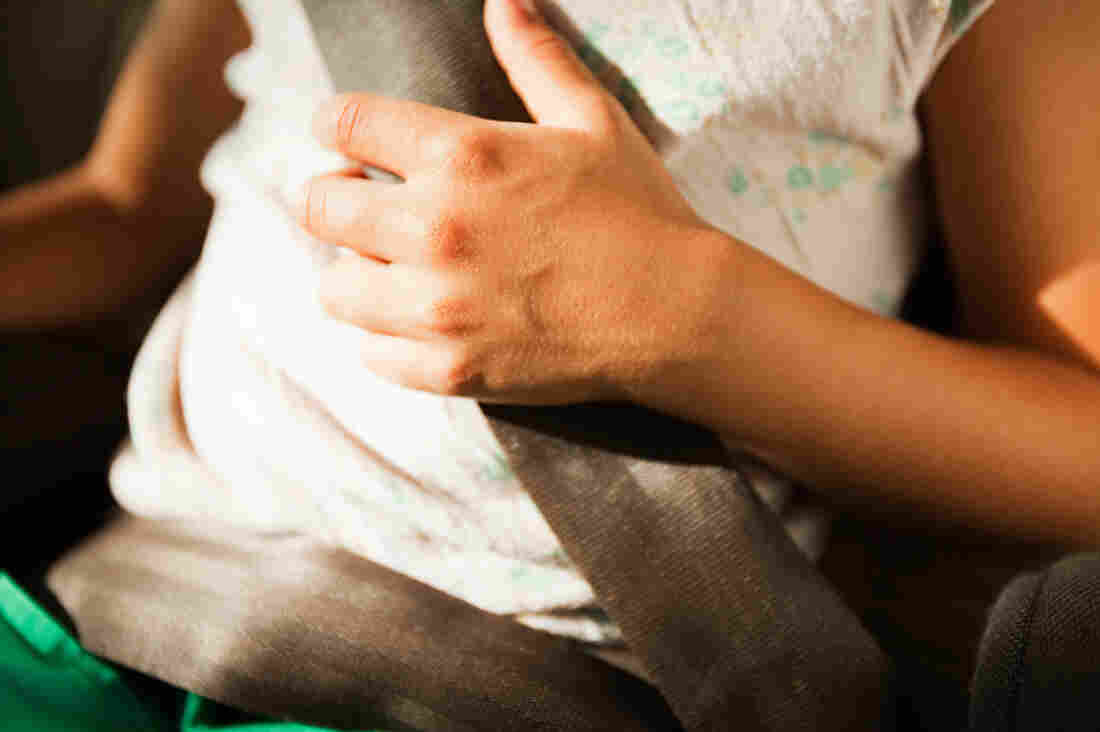 A study found 20 percent of children involved in fatal car crashes were improperly restrained, or not restrained at all. Getty Images hide caption 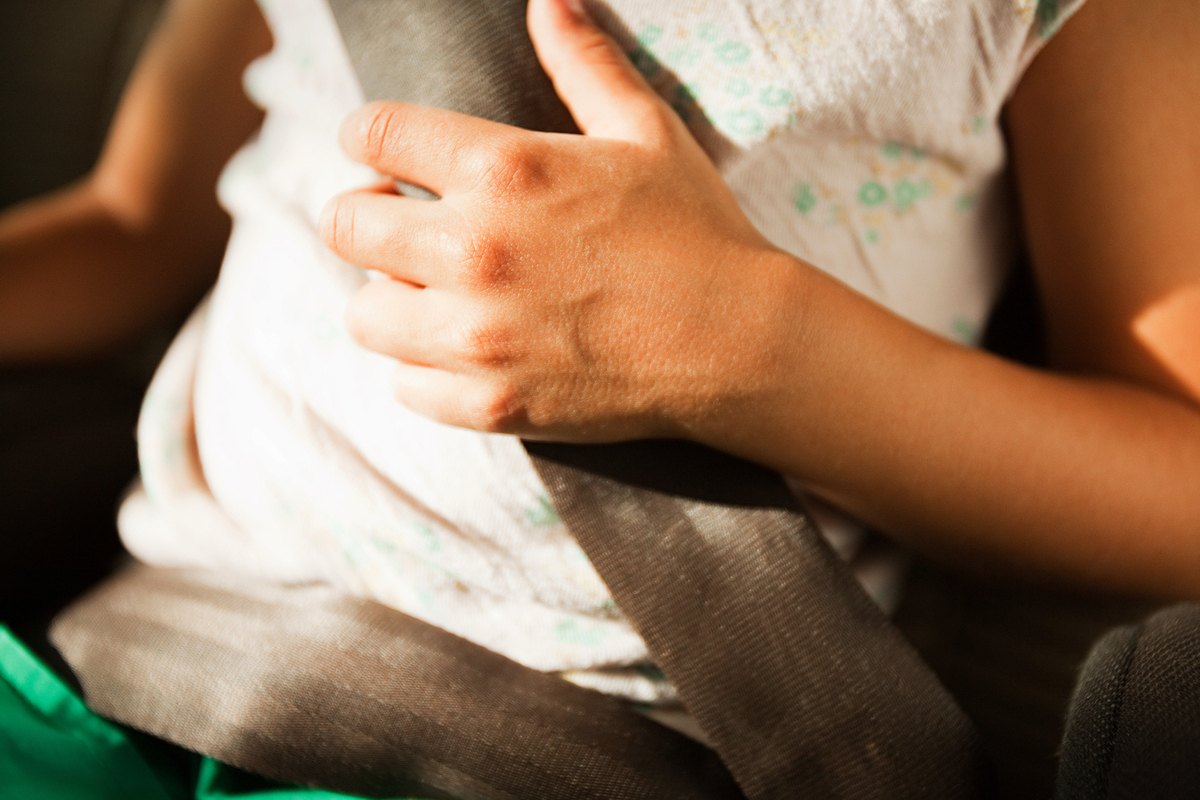 A study found 20 percent of children involved in fatal car crashes were improperly restrained, or not restrained at all.

The results add evidence to the argument that state regulations and public information tactics can affect motor vehicle safety for kids. The Centers for Disease Control and Prevention has noted that, for example, seat belt use across all age groups is higher in states with more stringent seat belt enforcement laws.

Overall, traffic fatalities in the U.S. are going up, as we have reported. The latest study set out to look at what factors affect child deaths in fatal car accidents, breaking down the data by state and region.

The study authors analyzed data collected in the National Highway Traffic Safety Administration's Fatality Analysis Reporting System between 2010 and 2014. In all, they identified more than 18,000 children under 15 years old who were involved in fatal car crashes, 15.9 percent of whom died as a result of the crash.

Booster Seats: Kids between 4 and 8 years old who are under 4 feet 9 inches tall may use booster seats located in the back seat of vehicles.

But some parts of the country had much worse fatality rates than others. The majority, 52 percent, of children who were in a fatal car crash lived in the South. And across all states, 43 percent of children who died were improperly restrained or not restrained at all, according to Faisal Qureshi, an associate professor of surgery at the University of Texas Southwestern Medical Center and an author of the study.

The study was published in The Journal of Pediatrics.

The authors write that they hope their findings will help lawmakers beef up motor vehicle safety regulations. "The significant state-level variation evident in our findings emphasizes the need for close collaboration between the injury prevention community and those enacting and enforcing legislation," says Qureshi.

In fact, he says, there may be "potential for a federal intervention in the area of child traffic safety."

A 10 percent improvement nationally in the use of appropriate child restraints in cars, they predict, would decrease the national child crash fatality rate significantly, cutting it from 0.94 per 100,000 to 0.56 per 100,000.

For years, the federal government has collected data on child traffic safety deaths, and offered information about the importance of seat belts and car seats. But decisions about traffic safety laws have been largely left to states.

The CDC does offer risk reduction information, including warnings about not letting children sit in the front seat, and using appropriate car seats for babies and children.

The findings also underscore the importance of proper seat belt use, as opposed to simply using a seat belt at all. The National Highway Traffic Safety Administration announced last year that seat belt use is at its highest level since 1994. But this latest analysis points out that, at least for children, if the seat belt is not correctly fastened across the body, or the child does not have an appropriate car or booster seat, the result can be deadly.

The researchers also found that states with red light cameras, which are meant to enforce stoplights, had lower child fatality rates from car crashes. That finding could be of particular interest to local law enforcement and public safety officials, since red light camera laws are often instituted at the municipal level. Past research on red light cameras has found they decrease the number of dangerous "right-angle" collisions at intersections.