Accessibility links
Adults Don't Think Exposure To Secondhand Vapor From E-Cigarettes Is Bad For Kids : Shots - Health News Nicotine, heavy metals and tiny particles that can harm the lungs float around in the aerosol from e-cigarettes. But a survey finds many adults don't think secondhand vape is dangerous for children.

Many Adults Don't Think Exposure To Vaping Is Bad For Kids

Many Adults Don't Think Exposure To Vaping Is Bad For Kids 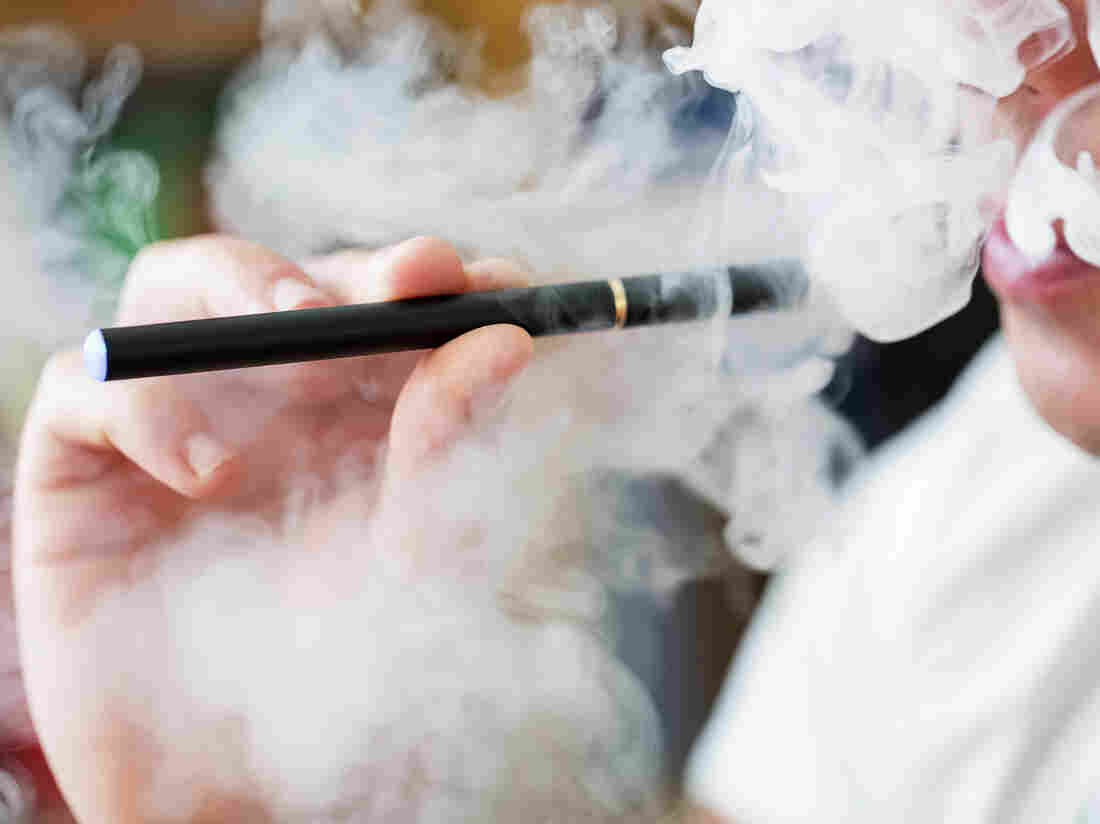 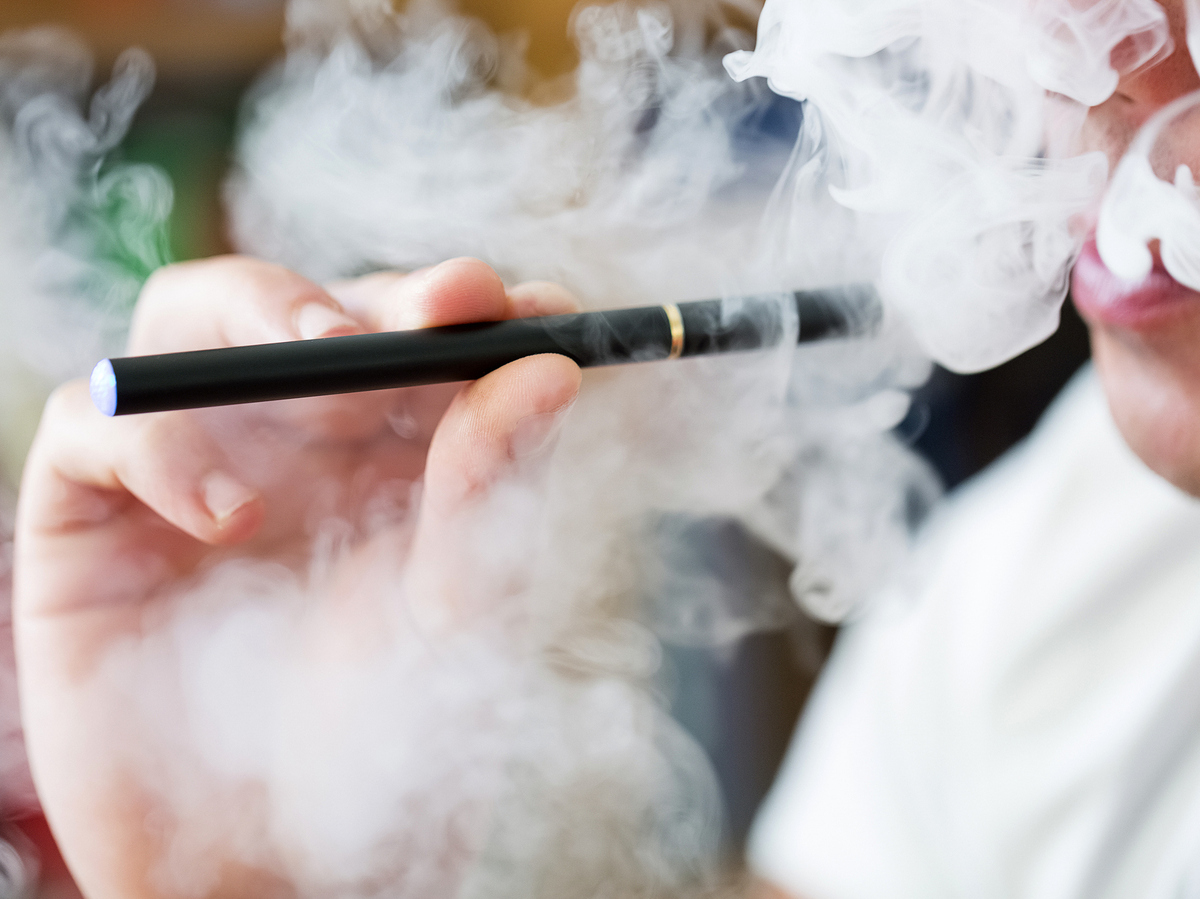 Secondhand exposure to vaping poses health risks, according to the Surgeon General.

Despite the toxic ingredients commonly found in e-cigarettes and other vaping products, many adults don't think secondhand e-cigarette aerosol poses a risk to children, according to a report published Thursday by the Centers for Disease Control and Prevention.

About one-third of adults surveyed didn't know if secondhand aerosol caused harm to children, and 40 percent of the adults said this kind of exposure caused "little" or "some" harm to children.

The newness of these products, promotion by the industry and the lack of regulation contribute to the knowledge gap, says Dr. Brian King, one of the study's authors and the deputy director for research translation at the CDC's Office on Smoking and Health.

"We didn't really see the use of these products increase among adults or youth until around 2011 or 2012," King says. "They're heavily promoted, and frequently the inherent risks of using these products, particularly among youth, is not included in that promotion."

Nicotine, heavy metals and tiny particles that can harm the lungs have been found in secondhand e-cigarette aerosol, according to the Surgeon General.

The Surgeon General called these products "a major health concern" in a December 2016 report, advocating for policies that would protect people from breathing in secondhand aerosol while they're indoors.

"A sufficient body of evidence justifies actions taken now to prevent and reduce the use of e-cigarettes and exposure to secondhand aerosol from e-cigarettes, particularly among youth and young adults," the report states. "Most important, many health risks are already known, and sufficient information exists to take action to minimize potential harms. The evidence is most compelling for nicotine."

King also sees parallels between e-cigarettes and other tobacco products before they were revealed to cause serious health problems.

"It ultimately comes down to a lack of knowledge over the inherent risks of these products," King says. "And so that extends to not only use, but also to exposing bystanders to the harmful aerosol."

People who had smoked cigarettes in the past or were current smokers were also more likely to think that secondhand e-cigarette emissions would not cause harm. And men were more likely than women to say that exposure to these emissions did not cause harm to children, according to the survey. It polled more than 4,000 adults around the country. The study was published in Preventing Chronic Disease.

Regulation of the "vaping" industry has lagged behind the rising popularity of products such as e-cigarettes. Last year, the FDA issued a rule to begin regulating these products, including a ban on the distribution of free samples. It also prohibited e-cigarettes from being sold to minors - including a prohibition on selling e-cigarettes in vending machines that are accessible to them.

The American Lung Association cautioned against allowing children to be exposed to secondhand e-cigarette aerosol.

"As a parent, I can say that there's a lot on your mind at a time," says Erika Sward, assistant vice president of national advocacy with the American Lung Association. "And that parents have a lot of different balls that they're trying to juggle all at once. But we would certainly urge people to recognize the dangers of secondhand e-cigarette emissions and continuing to keep their kids safe and away from all of these products."