Accessibility links
Montana Lacks Addiction Resources, Grassroots Efforts Step In : Shots - Health News With a lack of treatment options at the Fort Belknap reservation, the pair has sparked a grass-roots response to substance abuse by creating peer support groups, the only choice for many seeking help. 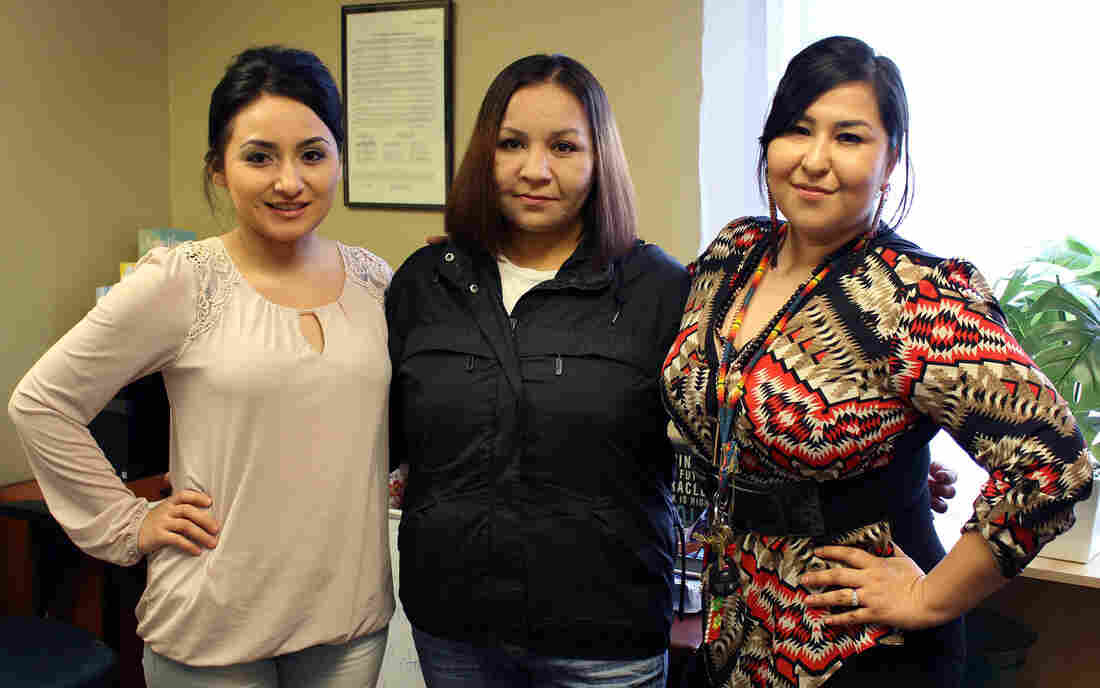 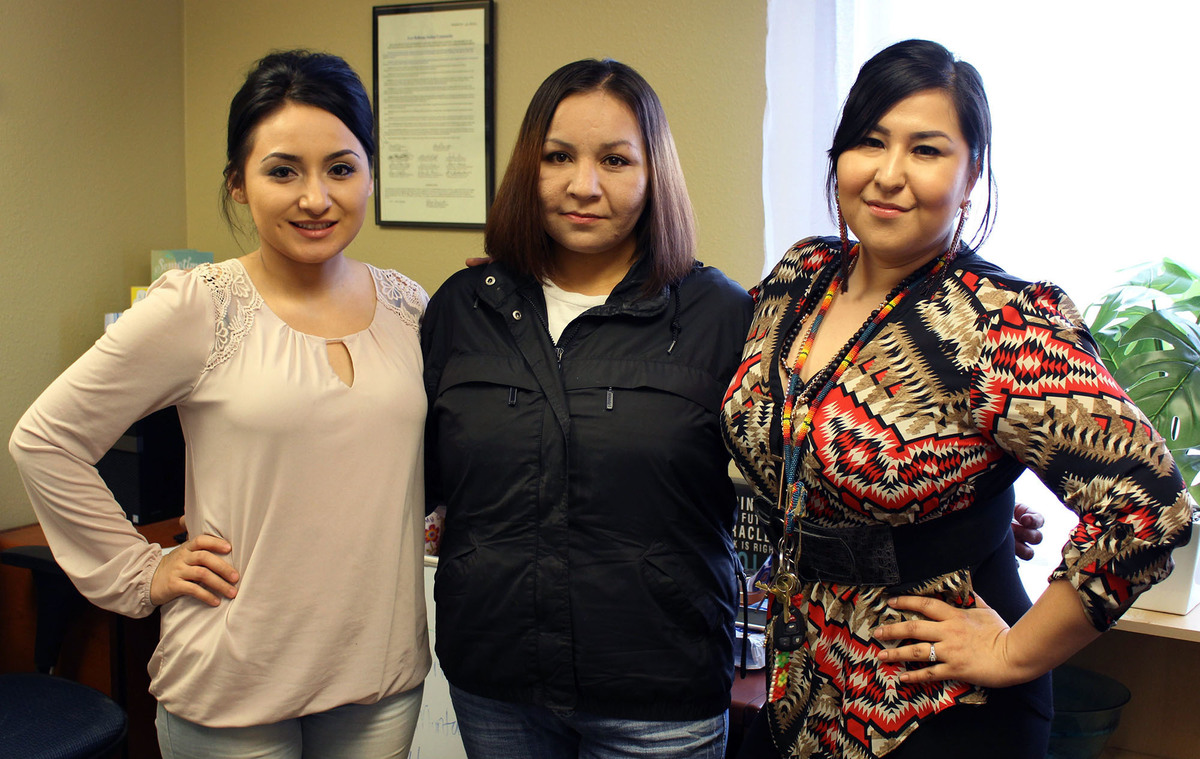 There's a narrative about the methamphetamine epidemic in Montana that says the state tackled it in the 2000s, yet now it's back with a vengeance because of super labs and drug cartels in Mexico. But here on the Fort Belknap Indian Reservation, it never really went away.

"Getting high in your car in front of the store; that ain't a big deal," says Miranda Kirk.

Kirk works on the reservation, which is about 40 miles south of the Canadian border. She says no one even bothers to hide their drug use.

"Leaving your paraphernalia out in the open for someone to walk in, that's alright. Having and seeing needles everywhere, that's ok. Even talking about selling your needles — that's normal too," Kirk says.

Heroin In The Heartland

Many Native American Communities Struggle With Effects Of Heroin Use

Kirk is a 27-year-old mother of four. Born and raised in Fort Belknap, home to the Aaniiih and Nakoda tribes, she grew up around drugs, alcohol and addiction. She struggled with opioids after a miscarriage landed her in the ER and she was discharged with a handful of prescriptions. But, she says, with the help of her church, she broke that addiction. Now, she wants to help others.

According to the Tribal Epidemiology Centers of the Indian Health Service, dependence on methamphetamine and other psychostimulants more than tripled for tribal members in Montana and Wyoming between 2011 and 2015.

"People are saying they're seeing it as young as third grade, because, 'Oh that's ok, I see that at home — my aunt does this, my mom does this, my dad does this, my grandpa does this.' So, they can't see the error in it. Or they don't see it as a risk," says Kirk.

Miranda Kirk and her sister, Charmayne Healy, felt like everyone had given up trying to do anything about the rampant drug use. And, they worried about their kids falling into the same trap. So they went to tribal leaders last year and said someone needs to do something — now.

George Horse Capture, Jr., vice president of the Fort Belknap Tribal Council, helped the sisters persuade the council to declare a state of emergency against methamphetamine last January. Tribal leaders then gave Kirk and Healy $150,000 to fund a substance-abuse prevention and treatment program.

The sisters were caught off guard, but right away, Kirk started hunting for a model that might work with the strengths of Fort Belknap. She heard about something called peer recovery, a movement centered on the idea that people who have succeeded in conquering their own addictions are uniquely equipped to coach others. 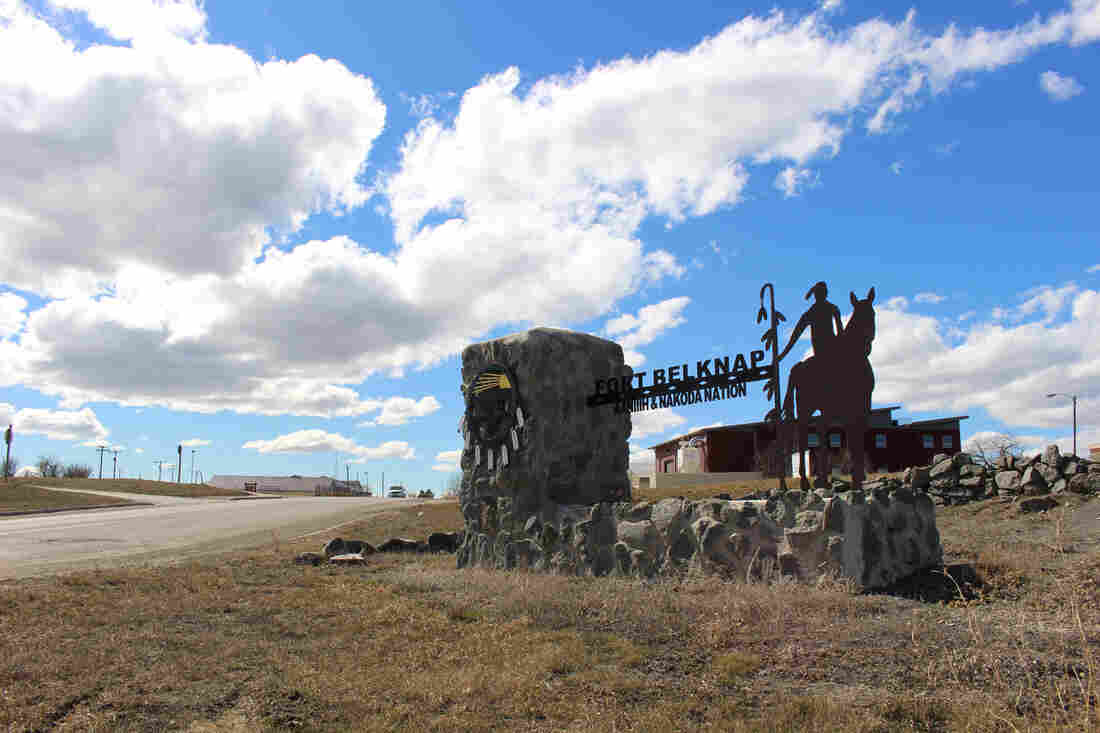 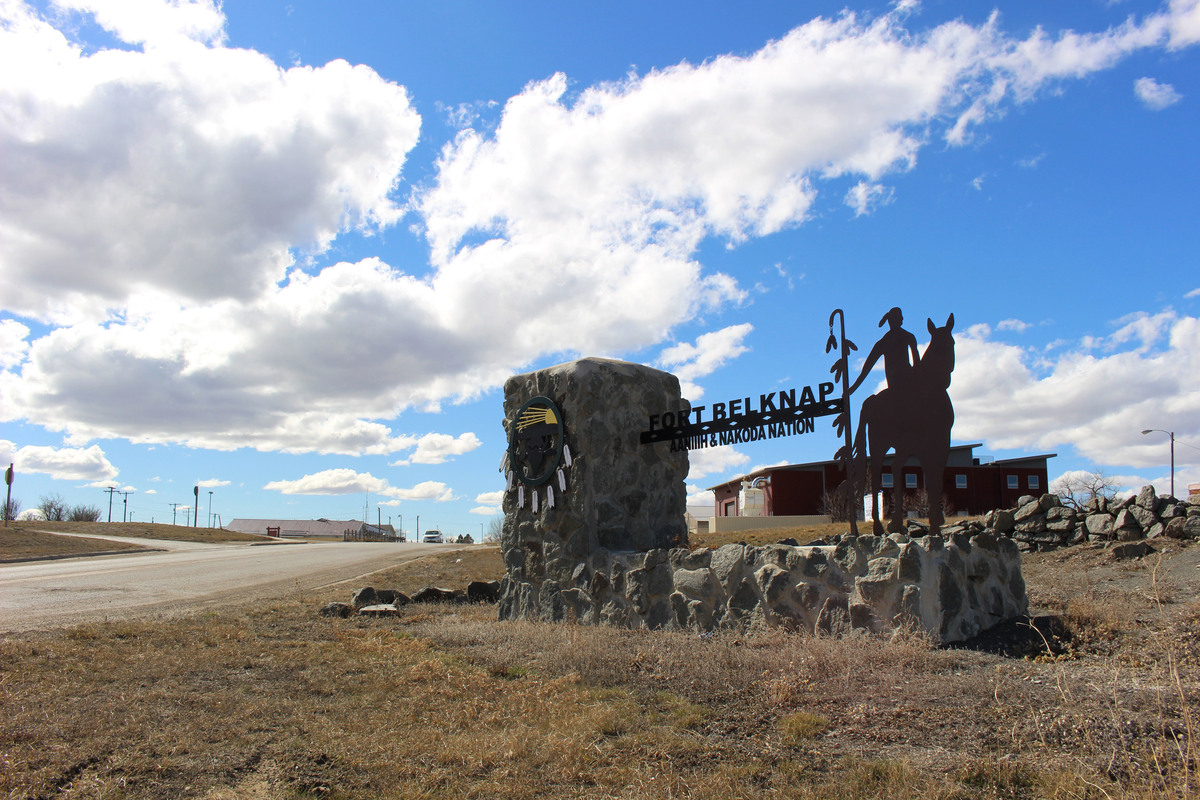 The Fort Belknap Indian Reservation in north central Montana is home to two tribes, and substance abuse is a major problem.

"The light bulb came on," Kirk says. "That works, because what got me clean, in a sense, were peer mentors. They've been there. That made it easier for me to be able to express myself and not feel judged, or condemned. Like I'm a horrible person for what I was going through."

She's determined to break the stigma attached to reaching out for help.

Jessica Healy, 30, came knocking before they were even up and running. Her only son was taken away last year.

"They helped me. And it took a big step ... it took all that I had," Jessica Healy says.

She had been using drugs on and off since the age of 18.

Once a week, one of Kirk's peer recovery groups, the Life Givers Circle, meets at the Lodge Pole Elementary school.

"We talk about stuff and we make ribbon skirts, [do] activities, and we just help each other out," Jessica Healy says.

It's one of about four peer support groups that Kirk and Charmayne Healy have helped start, both on and off the reservation.

"It was a good feeling to be clean and to be close to people that had been going through the same thing. To know that there are others out there," Jessica Healy says.

In addition to peer meetings, Aaniiih Nakoda members go to schools and talk to kids about prevention. They help organize events like zombie walks, in which people pretend to be the drug-addled walking dead.

There's only one outpatient drug treatment facility in Fort Belknap, and no emergency housing or sober-living facilities. The only longer-term support available is Kirk's group.

Dr. Aaron Wernham, of the Montana Healthcare Foundation, says that what Montana needs is a more integrated, team-based approach to treating addiction. That means primary care doctors working next to behavioral health professionals, and coordinating care all along the way.

"Peer recovery fits in very well with it, but if you decided you were just going to build a whole treatment system around peer recovery, you probably wouldn't end up getting the results you want," he says.

A new state law enacted in March goes a long way toward recognizing peer support specialists as legitimate members of a treatment team.

The challenge is how to bring that comprehensive care to Fort Belknap.

Until that happens, the sisters' grass-roots peer program is one of the only options available for people. And she's intent on doing that work, no matter what.

"You have to keep your phone on during the night because addiction don't sleep and normally we don't either," she says.