Accessibility links
Adult ADHD Cannot Be Diagnosed With A Simple Screening Test, Doctors Warn : Shots - Health News Despite support from the World Health Organization for the latest adult ADHD screening survey, some researchers worry that it will lead to over-prescribing of powerful amphetamines. 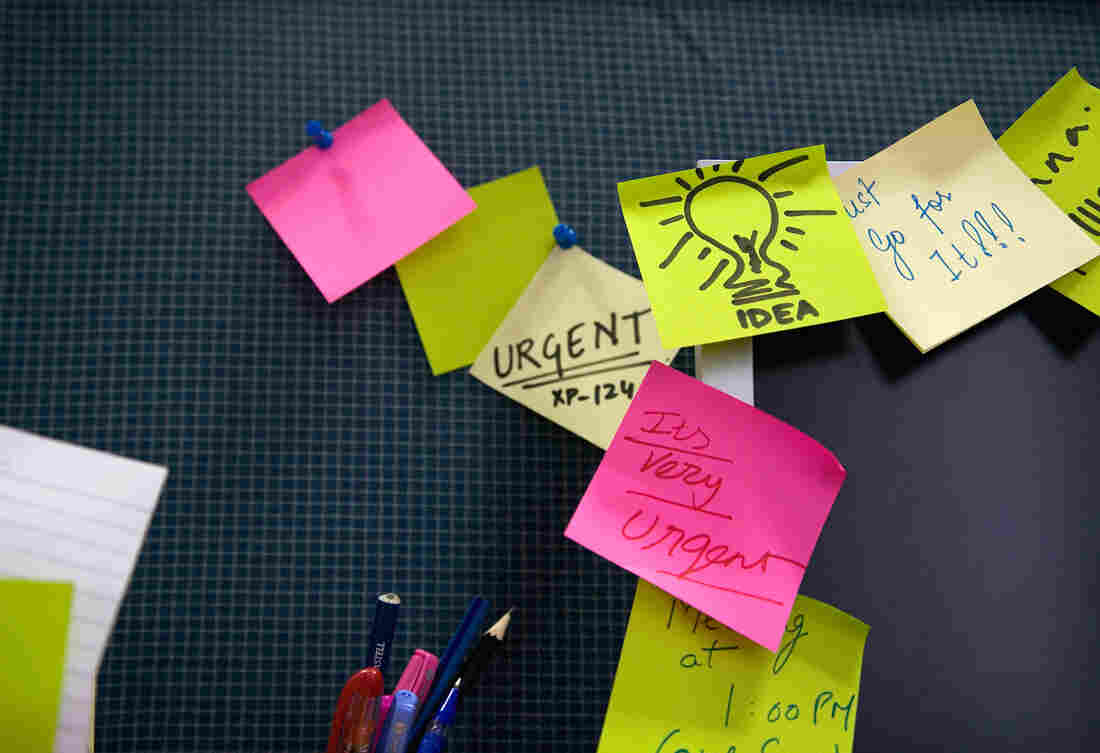 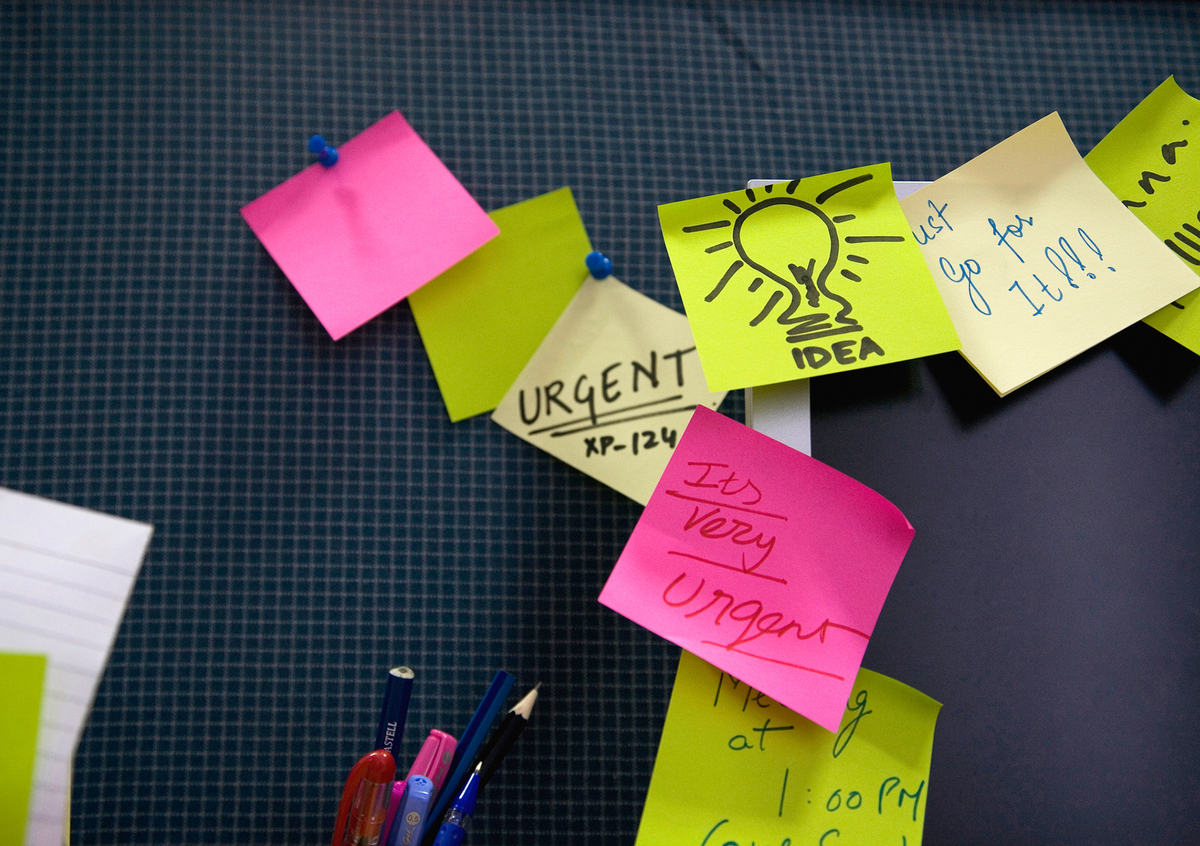 Adult ADHD can be difficult to diagnose.

Diagnosing attention deficit hyperactivity disorder can be difficult. The symptoms of the disorder, as defined by the Diagnostic and Statistical Manual, or DSM, have changed multiple times.

Even if you know what to look for, many of the symptoms are pretty general, including things like trouble focusing and a tendency to interrupt people. Discerning the difference between people who have a problem and those who are just distracted requires real expertise.

Which is why many people were excited when earlier this year a World Health Organization advisory group endorsed a six-question screening test that a study published in the Journal of the American Medical Association reported could reliably identify adults with ADHD.

A lot of people were intrigued by the seeming simplicity of the screening. We reported on it, including one implication of the study's findings: that there could be a significant population of U.S. adults with undiagnosed ADHD.

But that may not be the case, and even if it is, some ADHD researchers say the six-question screening test is not necessarily the simple diagnostic solution its proponents hope it will be.

"Despite the questions put out by WHO and mentioned in JAMA, in America if your talents and temperament don't match your goals and aspirations, that incongruity generates a series of feelings or behaviors that match quite nicely the diagnostic criteria in the DSM-V," explains Dr. Lawrence Diller, a behavioral pediatrician and ADHD specialist who has been following trends in ADHD diagnosis and medication since the mid-1990s.

For example, he says, some adult patients meet multiple criteria for ADHD, such as inattention, hyperactivity or impulsivity, but may not have the disorder.

"So you meet the criteria, but the question is, 'Are your goals realistic for who you are? Or are you trying to do too much?' " he cautions. "I think this culture absolutely encourages people to do too much."

Antipsychotics Too Often Prescribed For Aggression In Children

Dr. David Goodman, an ADHD specialist at Johns Hopkins University and the Adult Attention Deficit Disorder Center of Maryland, agrees that not everyone who experiences the symptoms of ADHD necessarily suffers from the disorder, and that a simple screening test cannot diagnose it.

Diagnosing ADHD in adults takes time, he explains. "The diagnosis gets made in a clinical interview with the patient over the course of an hour or so, tracking the symptoms from childhood into adulthood," Goodman says. ADHD in adults typically occurs with other psychiatric disorders, he says, such as anxiety or mood disorders, "so we need to sort out which disorder accounts for the symptoms."

But, Goodman says, he believes there is evidence of a significant population of adults whose lives are being disrupted by ADHD, and who remain undiagnosed.

"Children with ADHD grow up into adults with ADHD," he says, citing longitudinal studies by a team in Canada that suggested more than half of children with ADHD continued to experience symptoms as adults.

"If you're disorganized, you're confused, you're tardy, you're not following through, you're making a lot of errors, your spouse or partner is going to grow increasingly frustrated," Goodman says.

Goodman says simple screening tests can be helpful to identify who those undiagnosed people might be, and encourage them to see a specialist.

Alan Schwarz, the author of the book ADHD Nation and a former investigative reporter for The New York Times, has investigated the ties between pharmaceutical companies and doctors.

"The six-question screening instrument that was endorsed by the World Health Organization was devised by doctors with a very long history in ADHD research," he says. "These are, generally, men who have been enriched by the pharmaceutical industry in order to churn out research and churn out things like this that merely expand the ADHD market.

"What we've seen over the past 10 [to] 20 years is a constant enthusiasm on the part of the ADHD lobby to get more and more adults to consider the possibility that they, too, have ADHD," Schwarz says.

Questions about drug company influence on prescribing has dogged the industry for years. A 2015 ProPublica analysis of multiple medical specialties found deep financial ties between the pharmaceutical industry and some doctors. And a recent study found that, in general, doctors who have less contact with drug company representatives are less likely to prescribe the company's brand-name drugs, knowingly or otherwise.

Goodman, for one, has disclosed that he has received money from the pharmaceutical company Shire, which makes Adderall, and says that in the last two years he has worked as a scientific consultant for multiple companies that make or are testing drugs to treat ADHD. He says that work helps him "provide the latest insight and clinical care for my patients, who seek me out and appreciate the state-of-the-art care they receive."

One thing ADHD experts agree on is that people who think they might have ADHD should see a doctor, and preferably an ADHD specialist.

There are multiple treatment options for ADHD, not all of which involve medication. Cognitive behavioral therapy can address symptoms of the disorder, and antidepressants have been shown to help with impulsivity and hyperactivity.

Adults who choose to take amphetamines, Diller says, should be prescribed long-acting versions, which are harder to abuse than immediate-release versions.

"You can't, at a minute's notice, pop one of these into your mouth and hope you'll get the work done," he explains. "Use of immediate-release Adderall actually permits and facilitates an ADHD lifestyle of impulsivity."

Many physicians stress the importance of being monitored by a professional, to make sure that whatever treatment is prescribed is actually helping with the symptoms, and making life easier.