Accessibility links
State Rules For Treating Sepsis May Be Risking Lives : Shots - Health News Some states dictate how doctors must treat this life-threatening reaction to infection, and early intervention is helping. But scientific evidence may be changing too rapidly for the rules to keep up. 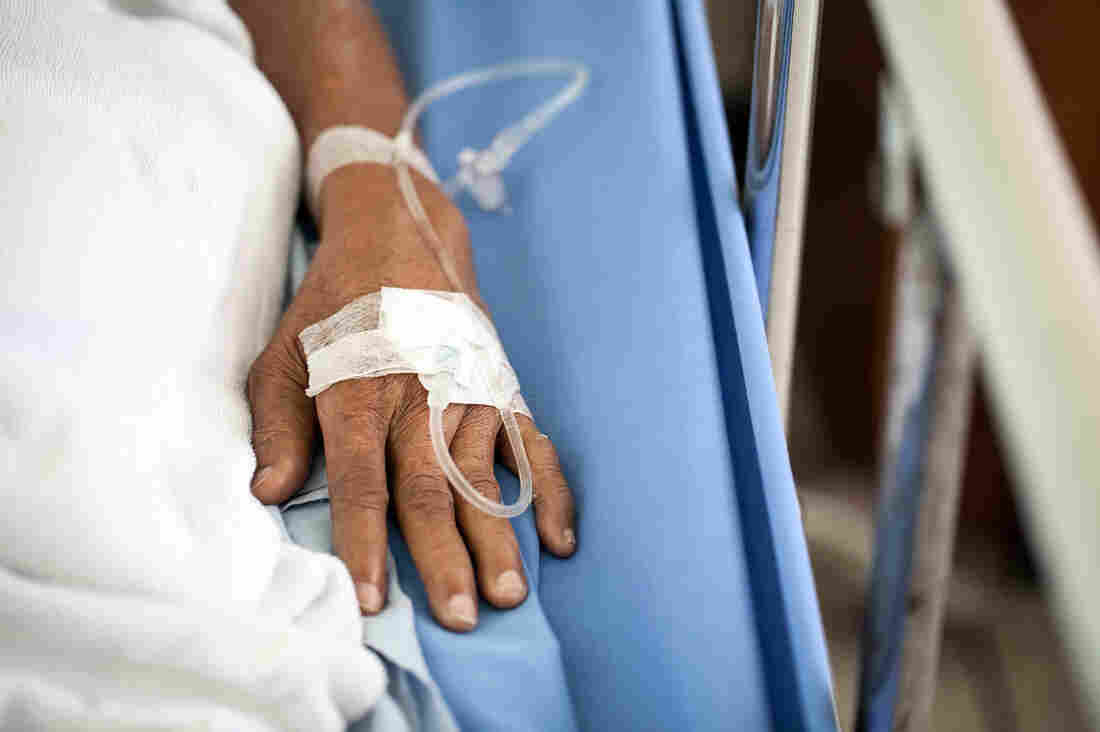 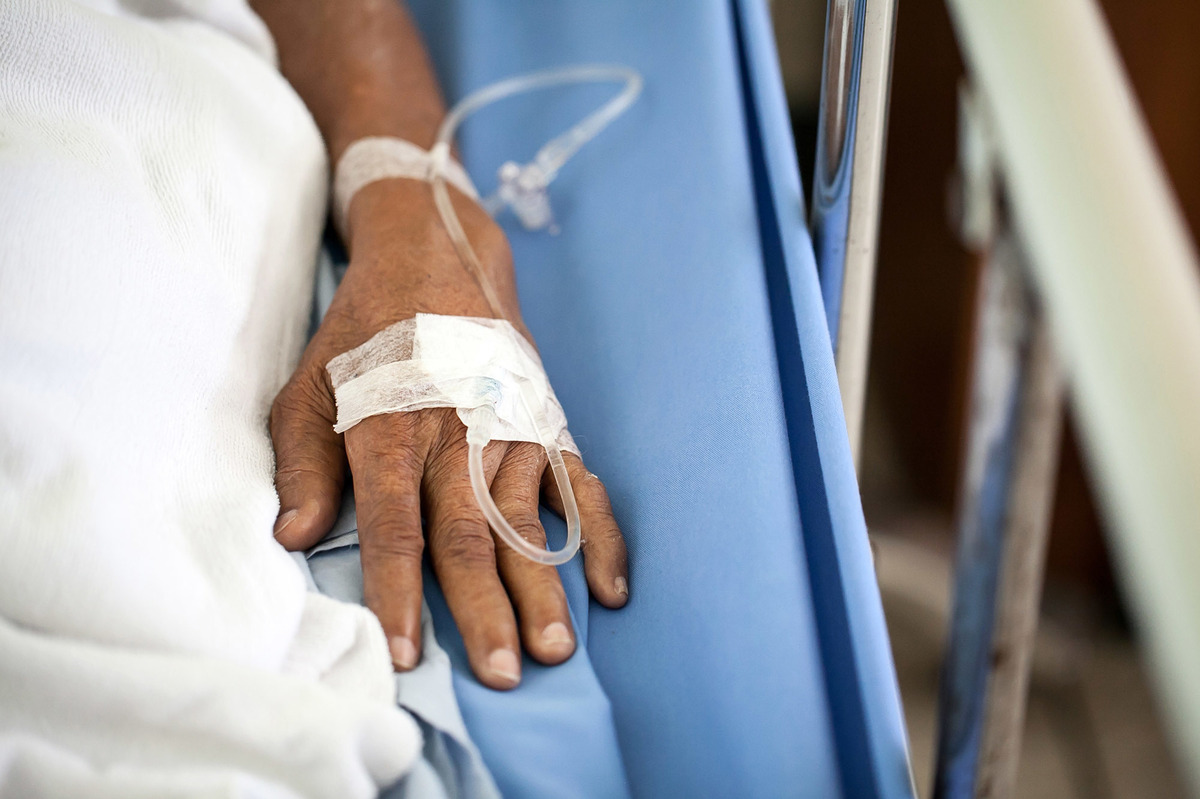 A 4-year-old regulation in New York state requires doctors and hospitals to treat sepsis using a protocol that some researchers now question.

Doctors can save thousands of lives a year if they act promptly to identify sepsis, an often lethal reaction to infection. Sometimes called blood poisoning, sepsis is the leading cause of death in hospitals.

A 4-year-old regulation in New York state compels doctors and hospitals to follow a certain protocol, involving a big dose of antibiotics and intravenous fluids. It's far from perfect — about a quarter of patients still die from sepsis. But early intervention is helping.

He knows what happens when it isn't. In fact, he says, he has a cousin in the hospital right now who has been struggling to recover from a severe bout of sepsis — hospitalized in another state, he adds.

Doctors didn't immediately realize that he was developing sepsis, and by the time they did, Zucker says it was much more difficult to treat. "That's what we're trying to do. We want people to intervene quickly. That's the regulation, to intervene fast in a situation of this nature."

Indeed, sepsis death rates in hospitals have declined where these rules are in place.

But Dr. Jeremy Kahn at the University of Pittsburgh has mixed feelings about these regulations.

"If we [doctors] were great at doing the right thing — the thing that most people agree on — then we wouldn't need regulation," he says. But in reality, doctors don't all keep up with the latest best practices and follow them, Kahn says, so regulations save lives.

"The downside is that a regulatory approach lacks flexibility," he adds. "It essentially is saying we can take a one-size-fits-all approach to treating a complex disease like sepsis."

That's problematic, because doctors haven't found the best way to treat this condition. The scientific evidence is evolving rapidly, Kahn says. "Almost every day another study is released that shows what we thought to be best practice might not be best practice."

Kahn wrote a commentary about the rapid changes earlier this month for the New England Journal of Medicine.

For a while, medical practice guidelines distributed to doctors called on them to use one particular drug to treat sepsis. It turned out that drug did more harm than good. Another heavily promoted strategy, called goal-directed therapy, also turned out to be ineffective.

And a study presented last week at the American Thoracic Society and published electronically in the New England Journal of Medicine finds that one of the steps required in New York may not be beneficial, either.

The regulations call for a rapid and substantial infusion of intravenous fluids, but that didn't improve survival in New York state hospitals.

Many doctors consider fluids helpful, but "what we haven't learned is the specific type of fluid to give patients, how much and how fast of a rate," says Dr. Christopher Seymour, a critical care researcher at the University of Pittsburgh who co-authored the analysis. "It's been quite controversial."

"There are consequences and adverse effects that can come from too much fluid," Seymour says.

In fact, some doctors believe that most patients are better off without this aggressive fluid treatment. There's a study getting underway to answer that question. Dr. Nathan Shapiro at Harvard's Beth Israel Deaconess Medical Center hopes to enlist more than 2,000 patients at about 50 hospitals to answer this life-or-death question.

But that study will take years, and in the meantime doctors have to make a judgment call.

"It is possible that at present they are requiring hospitals to adopt protocols for fluid resuscitation that might not be entirely appropriate," Kahn says.

There could also be other big changes on the horizon for treating sepsis.

Doctors scattered coast to coast are trying a new protocol that, in addition to limiting fluids, uses high doses of intravenous vitamin C, steroids and vitamin B1. That has generated a great deal of enthusiasm and some startling claims of success, though it remains to be seen whether it is indeed an exciting advance or will become another disappointment in treating sepsis.

Dr. Zucker at the New York Health Department says the current regulations would not stand in the way of advances to treatment.