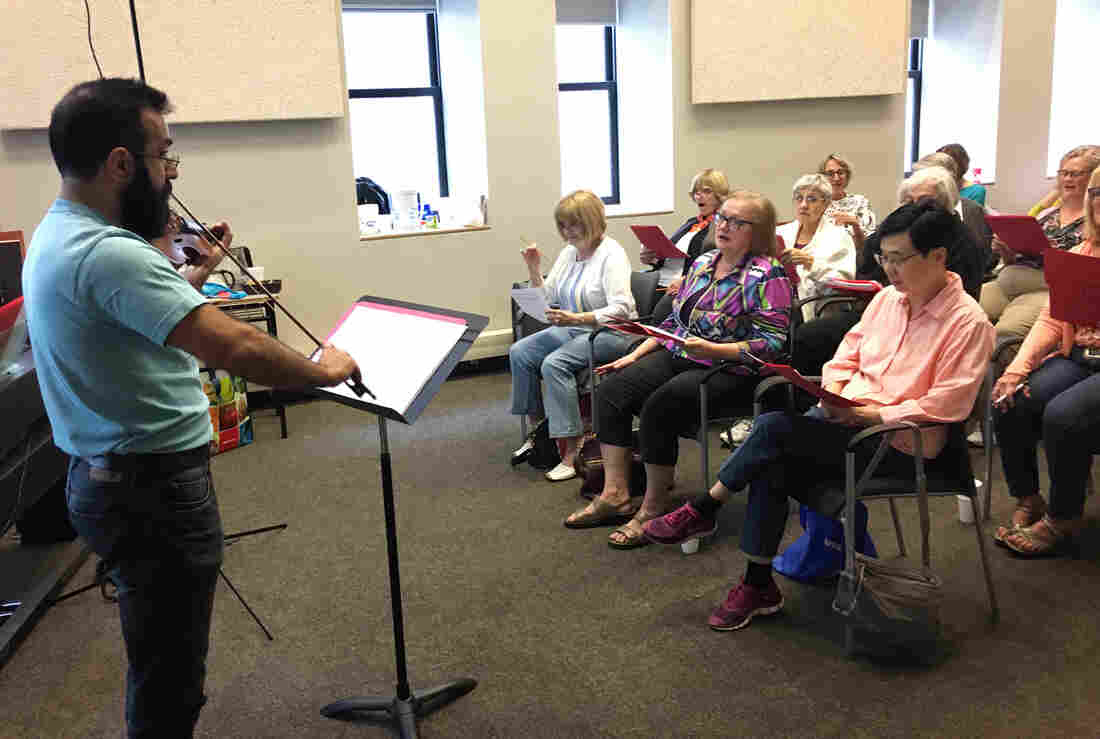 Most of the people in a choir at Ryerson University in Toronto have joined a study testing how practicing music might help people with hearing loss handle noisy environments better. Andrea Hsu/NPR hide caption 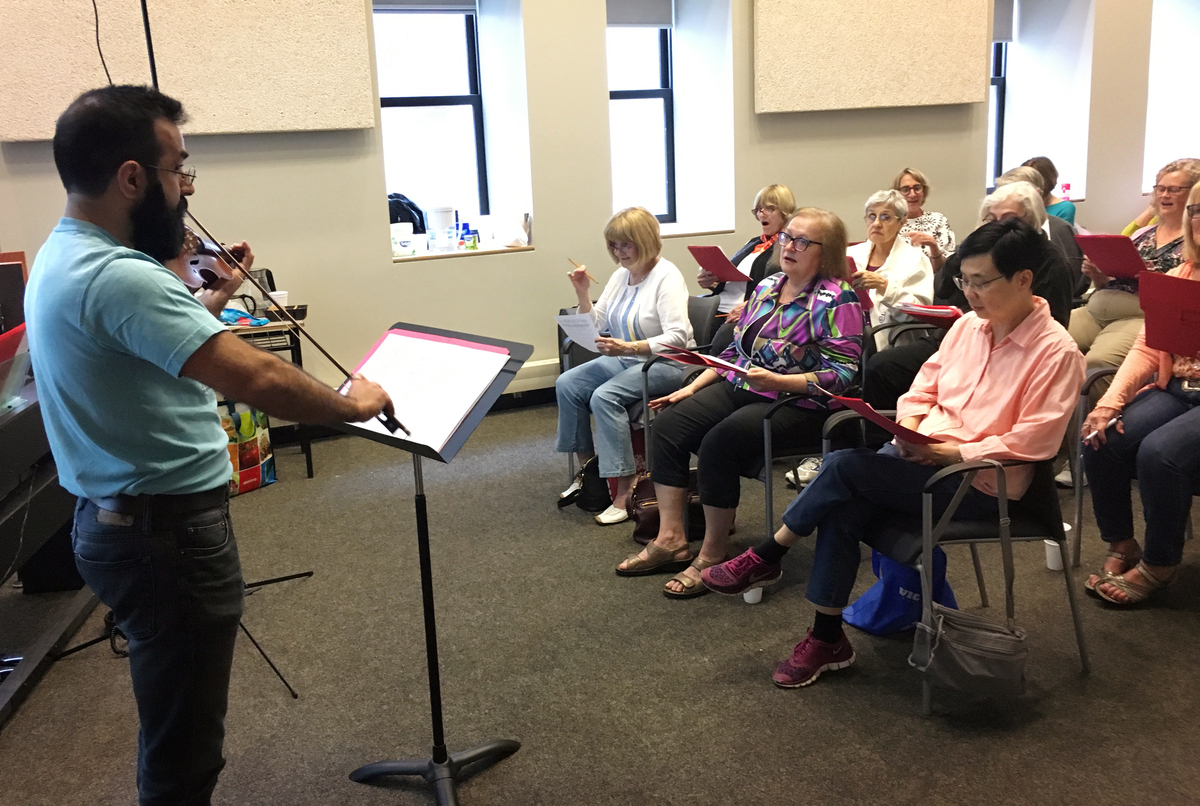 Most of the people in a choir at Ryerson University in Toronto have joined a study testing how practicing music might help people with hearing loss handle noisy environments better.

Trying to make out what someone is saying in a noisy environment is a problem most people can relate to, and one that gets worse with age.

At 77, Linda White hears all right in one-on-one settings but has problems in noisier situations. "Mostly in an informal gathering where people are all talking at once," she says. "The person could be right beside you, but you still don't hear them."

White, a retired elementary school teacher and principal, has not gotten hearing aids, although she says she probably will in the future. Instead, she's part of a group of people testing out a different intervention for dealing with hearing loss: learning music.

She is part of an ongoing study organized by Frank Russo, a professor of psychology and director of the Science of Music, Auditory Research and Technology Lab, or SMART Lab, at Ryerson University in Toronto. He says understanding speech in noise is a top complaint among older adults with hearing loss.

"The complaint often is, 'I hear just fine when I'm speaking to someone one-on-one, but when I'm in a crowded situation – if I'm a party, if I'm at bus station, if I'm in a mall – speech in noise becomes very problematic,'" Russo says.

And hearing aids can only help so much, because separating speech from noise is not so much a task for our ears as it is for our brains. As people age, something declines along the pathway between the inner ear and the brain's auditory cortex, explains Russo. "So, the hearing aids we have that are becoming increasingly remarkable in their ability to suppress noise, they can't completely correct this problem of aging auditory systems," he says.

How well can you hear speech in noise?

Try listening to these clips and repeating what you hear. (They get progressively more difficult.) The answers are at the bottom of the page.

Credit: University of Illinois Champaign-Urbana, Dept. of Speech and Hearing Science/ Courtesy of the SMART Lab at Ryerson University

So Russo and his colleagues are getting older adults to join a choir, with no musical experience or talent required, and then testing whether it changes how their brains process speech in noisy environments.

The choir is run through Ryerson's 50+ Continuing Education Program. Each session lasts ten weeks, with one two-hour rehearsal each week.

"We wanted to see how short-term could we make the musical training. How quickly can we see these improvements?" says Ella Dubinsky, a graduate student in the SMART Lab who recruits study participants from among the choir singers. She grew up playing music with her family and later studied classical piano. "Singing is sort of like brain boot camp. You're sort of whipping your neurons into shape," she says.

The dozen or so participants in the current session are nearly all women. They're working on four tunes that are familiar to this crowd, including "Love and Marriage" and Charlie Chaplin's "Smile." Choir director Sina Fallah puts them through vocal challenges, such as singing a D-minor scale, ascending and descending, under the melody of "Brother Can You Spare a Dime," which he plays on violin.

"My duty, of course, is to make sure they have fun. They also learn something. They become better singers," Fallah says.

In addition to the choir participants, the researchers are following two control groups. One is not singing, but is listening to a lot of music in a music appreciation course. The other has no musical intervention. And all of the study participants undergo before-and-after lab evaluations that include speech-in-noise tests, in which they're asked to repeat sentences that are played against increasingly loud background noise.

And participants also get homework.

Using Theta Music Trainer software, participants practice their singing at home, trying to match sequences of notes played from the computer. The program evaluates the singing, and tells the participants whether they're sharp, flat or right on the money. Another exercise involves listening to two notes played on different instruments, and choosing the one with the higher pitch. The different timbres of the instruments make the exercise challenging.

White says she struggles with some of the exercises, but that she feels like overall the homework is helping her singing.

To Frank Russo, that's important progress. He says one way we follow a particular voice is by locking onto its pitch, allowing us to use frequency as an anchor. "When we're listening to voices and speech, there's a frequency trail we can follow, but it's often buried under a din of noise. But if our brains have improved in tracking that anchor, we can better reconstruct the nuance of each speech fragment," he says. "So that's the presumed mechanism for why this pitch training is so important." 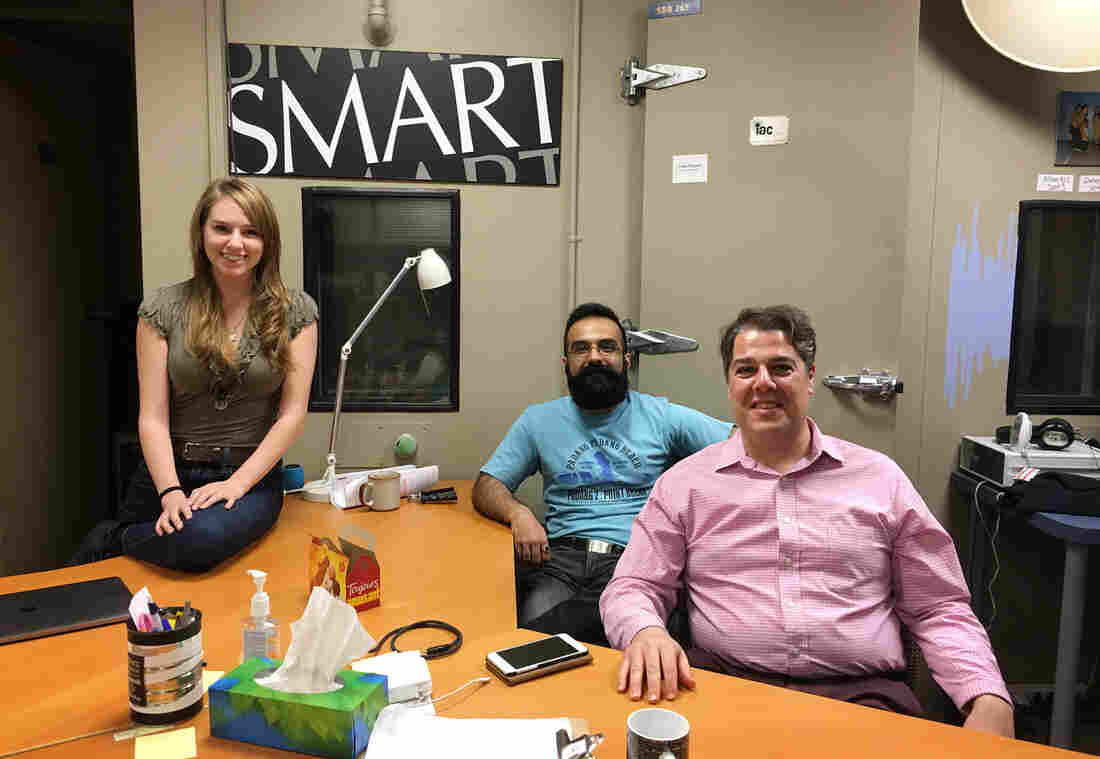 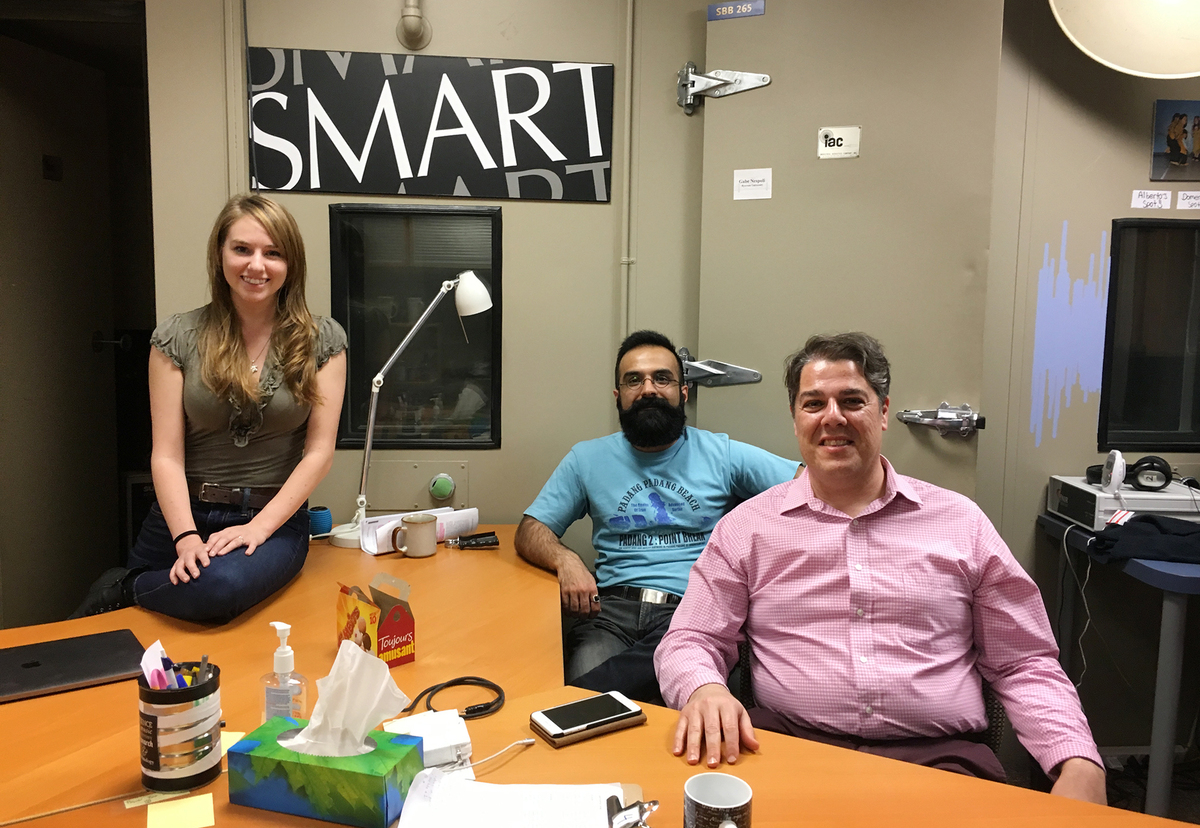 Russo says the research is a little messier than he would like. People who sign up for the choir may have more musical interest and, conceivably, more ability than the control groups. The choir may also yield social benefits that improve people's outlook and performance.

But it's a messiness he can live with. "There's been this general liberalization of science that makes it ok to ask these messy questions now," he says.

The Ryerson University SMART Lab plans to present some initial findings from their research at a conference on music, sound and health in Boston this summer.

Here are the answers to what is being said in the clips above:

Clip 3: "The workers are digging a ditch."