Accessibility links
Invisibilia: How Emotions Are Made : Shots - Health News Since ancient times, philosophers and scientists have viewed emotions as innate. In the latest Invisibilia, a psychologist argues that emotions spring from the sum of our experiences, not just wiring.

The Making Of Emotions, From Pleasurable Fear To Bittersweet Relief

The Making Of Emotions, From Pleasurable Fear To Bittersweet Relief 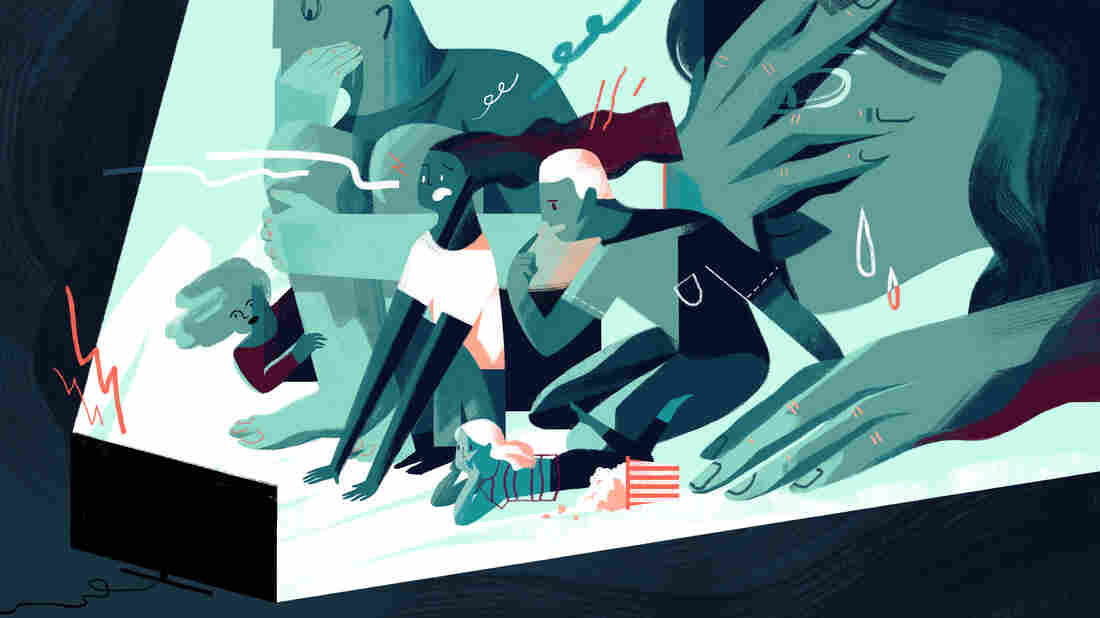 A psychologist argues people experience emotions differently. For instance, fear might make some people cry while for others, it could elicit laughter. Sara Wong for NPR hide caption 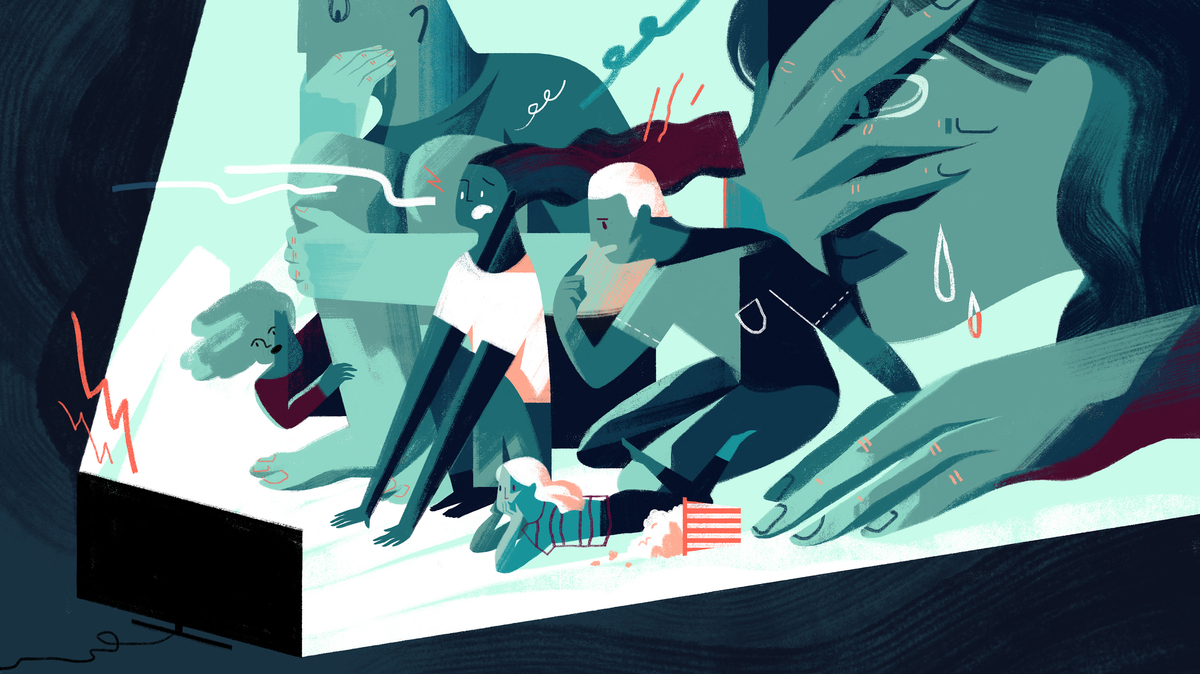 A psychologist argues people experience emotions differently. For instance, fear might make some people cry while for others, it could elicit laughter.

Emotions, the classic thinking goes, are innate, basic parts of our humanity. We are born with them, and when things happen to us, our emotions wash over us.

"They happen to us, almost," says Lisa Feldman Barrett, a professor of psychology at Northeastern University and a researcher at Harvard Medical School and the Massachusetts General Hospital.

She's also the author of a book called How Emotions Are Made: The Secret Life of the Brain. In it, she argues for a new theory of emotions which is featured in the latest episode of NPR's program and podcast Invisibilia.

The "classical view" of emotions as innate and limited in variety, she says, "matches the way that many of us experience emotion, as if something's happening outside of our control," she tells Shots.

"But the problem with this set of ideas is that the data don't support them. There's a lot of evidence which challenges this view from every domain of science that's ever studied it."

Lisa Feldman Barrett spoke to Shots about her alternative theory of emotions. The interview has been edited for length and clarity.

On the "classical" theory of emotions

The classical view of emotion is the idea that somewhere lurking deep inside you are the animalistic engine parts of your brain. There are circuits — one each for anger, sadness, fear, disgust and so on. And that when something happens in the world to trigger one of those circuits — say, for fear — you will have a very specific facial expression, a very specific bodily response, and that these expressions and responses have universal meaning. Everyone in the world makes them and recognizes them without learning or any experience at all.

On the wide variety of human emotions

So, I think that's one important observation that's really meaningful for understanding how emotions work in everyday life. That it may feel to you as if you look at someone's face and you just know how they feel. But in fact your brain is guessing, [and] it's using your own experiences from the past to make those guesses.

So, emotions aren't happening to you. Your brain makes them as you need them. You are the architect of your own experience. It's just that most of this is happening outside of your awareness.

It's interesting. There are two ways in which I would say you are not a slave to your past. One is that your brain is able to take bits and pieces of past experience and combine them in new ways. Think of it like this: if you have a set of general ingredients in your kitchen, you can combine them in novel ways to make new recipes that you've never made before.

Where do our emotions come from? Do they tell us truths about the world that should guide our behavior, or should we be more skeptical of them? Alix Spiegel and co-host Hanna Rosin examine how two people can look at the same thing and experience two different emotions in the first episode of Season 3 of the NPR podcast Invisibilia.

The other way though is that we can invest effort in the present to cultivate new experiences for future use in prediction. This is a really nice discovery, because what it means is that your horizon of control over your own experience is much broader than you might think.

On how states of displeasure and arousal are related to emotions

Those feelings are not properties of emotion, they're properties of consciousness because they're always with you, whether or not your brain is using them as ingredients of emotion, or for thoughts or perceptions. They are part of you and your experience of the world even when you are not experiencing emotions.

For example you know that's a delicious drink. That guy's a [jerk]. You know this is a beautiful painting. These are these are examples of when affective feelings from your body are very strong, but you are not making emotions with them. You're making perceptions of the world or perceptions of another person.

But when an affect is very intense, those are the moments when the brain is usually making emotion out of them. [For example], you can sometimes have a very strong feeling of fear when you're feeling very unpleasant and very worked up. But fear can also be pleasant. When you're on a roller coaster, for example. People pay money to be afraid.