Accessibility links
Music And Medicine With Renee Fleming And Francis Collins : Shots - Health News NIH Director Francis Collins and Renée Fleming, who is Artistic Advisor at Large for the Kennedy Center in Washington, D.C., discuss music and medicine. They also sing a duet. 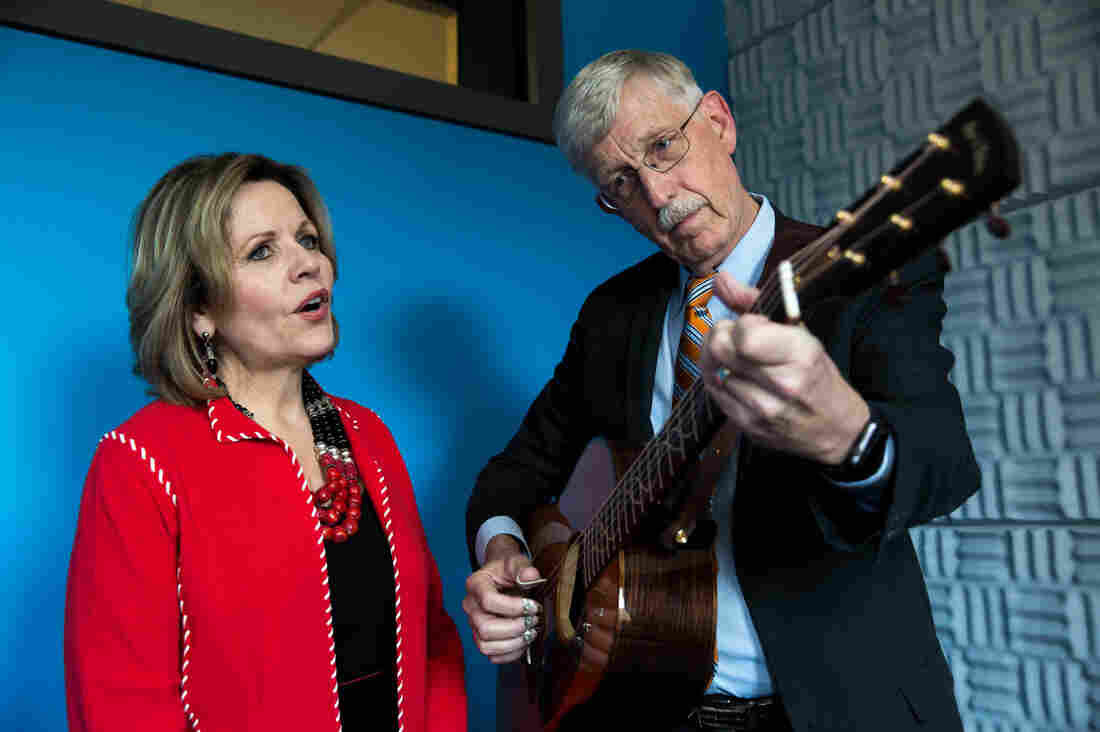 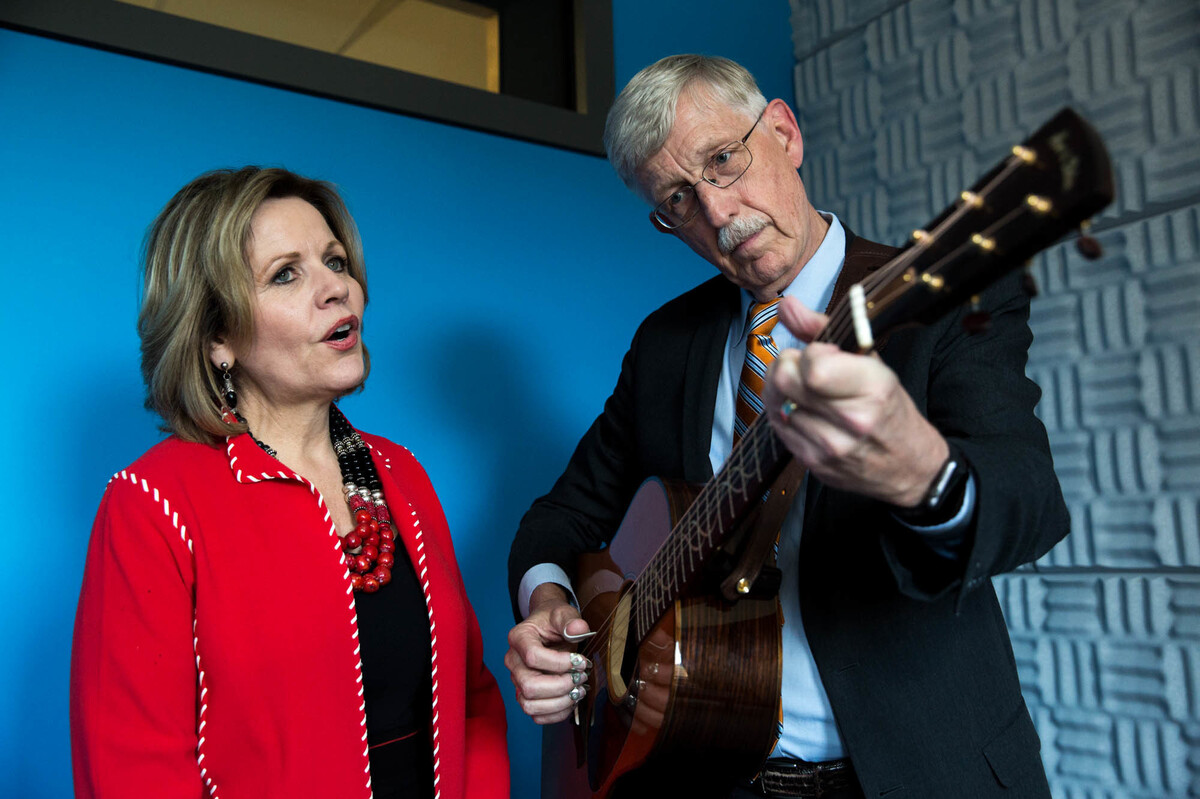 NIH Director Francis Collins and Renée Fleming, who is Artistic Advisor at Large for the Kennedy Center in Washington, D.C., sing a duet.

Renée Fleming and Francis Collins have something unexpected in common: music.

Collins, the director of the National Institutes of Health, plays guitar. Fleming, of course, is a renowned soprano.

She is also an Artistic Advisor at Large to the Kennedy Center in Washington, D.C., and the two of them are joining forces this weekend for a program called Sound Health. The two-day event will explore connections between music, health, wellness and science through musical performances and presentations from neuroscientists.

All Things Considered host Robert Siegel spoke with Fleming and Collins about their work together and what they hope to convey to the public about the intersection between art and science. They also sang a duet. The conversation has been edited for length and clarity.

Music And The Brain

Using Music And Rhythm To Help Kids With Grammar And Language

On how their collaboration on music and the brain came about

Fleming: We met unexpectedly at quite an extraordinary dinner party.

Collins: It was two years ago. It was on a Saturday night. It happened to be the Saturday night after the Supreme Court had issued their final decisions for 2015, and three of the Supreme Court justices were present. So, having a little unwinding going on there, because they had been on different sides. We had Anthony Kennedy, we had Ruth Bader Ginsburg, and we had Antonin Scalia, all gathering to have a wonderful dinner and a little music, which was provided by a sort of ok band — which, somehow, I think we took over.

Fleming: We had an interesting conversation that night at dinner, because I said "Do you think that we could collaborate with these two institutions? Put something together to amplify the work being done in this field?" and he didn't hesitate.

On research showing humans may have sung before they spoke

Collins: I think it's increasingly becoming clear that must be the case. One of the really exciting findings that has recently come forward as we have better means of imaging the brain, [is] that if you put somebody in an MRI scanner and you look to see which part of the brain is getting activated when you hear a voice or when you hear a musical sound, they're different.

Your brain has a music room, and evolution would not have gone to the trouble of designing that if it didn't have some benefits. So, that suggests to me that we and our ancestors have had music as a central part of our experience for eons. And we're just beginning to understand how that might be. I think that's fascinating.

On whether Fleming thinks about her brain while she's singing

Fleming: The brain has to support me in my singing, no question. Having to memorize in foreign languages that I don't even speak is an arduous task. I participated in a study at the NIH. I was in an fMRI machine for two hours, singing this tune, [The Water is Wide], imagining it and speaking it. It's not an attractive sound, especially because I'm competing with the sound of the machine, but it's incredible to see the pictures — how it looks with the revolving brain and all the parts that are activated in this fMRI under those three different circumstances. It's all quite different.

Collins And Fleming Sing "The Water Is Wide"

On the opportunities presented by advances in brain imaging

Collins: For me it's both a basic science opportunity, to use what we're learning about how music affects the brain to understand the brain better, but it's also got this therapeutic implication. Music therapy can be incredibly powerful for kids with autism, adults with Alzheimer's and everything in between, but we don't really understand most of the time how it works. We can give this field a stronger scientific base, and it can be even better.

Collins: We're just bold enough to think that we might be able to figure out how the circuits in the brain do what they do, and use that information to help people with many different disorders that affect the brain, including mental illness, including epilepsy, including traumatic brain injury.

Music is part of that need for understanding. So, even though we've never been in a position where I would say we have enough resources, we would certainly want to prioritize this effort.