Accessibility links
Birth Defects In 5 Percent Of Babies Born To Zika-Infected Women In U.S. Territories : Shots - Health News About 5 percent of pregnant women infected with Zika in Puerto Rico and other U.S. territories last year had babies with birth defects, says the federal health agency. And the risk isn't over. 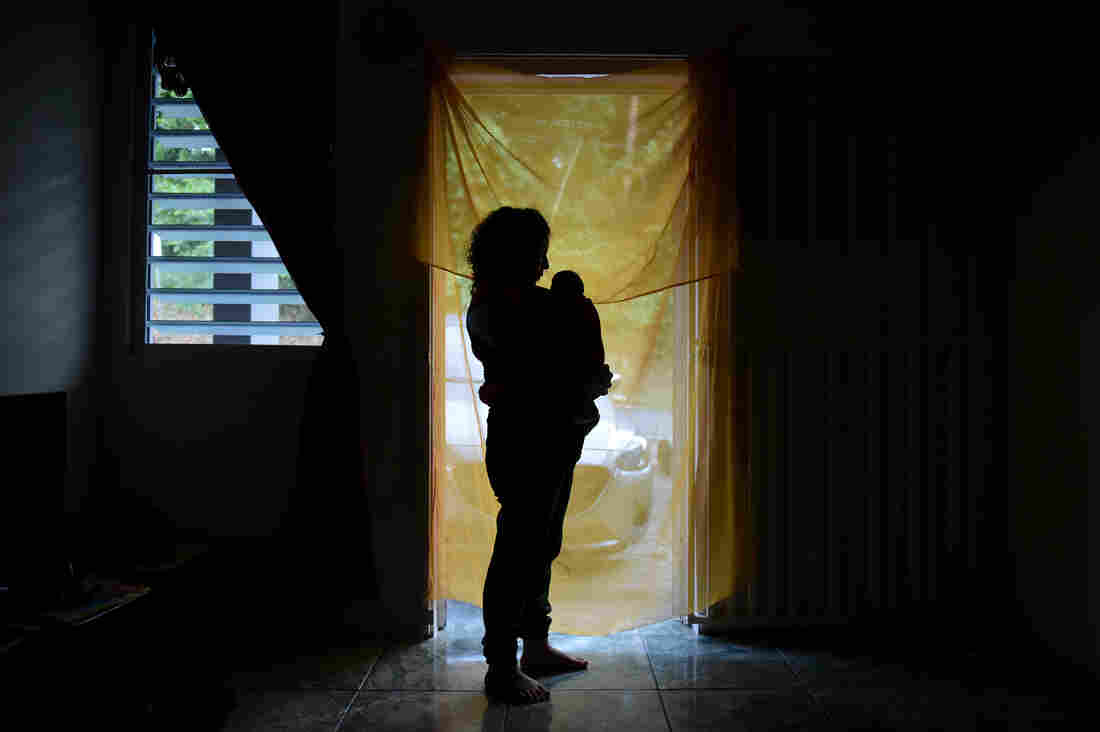 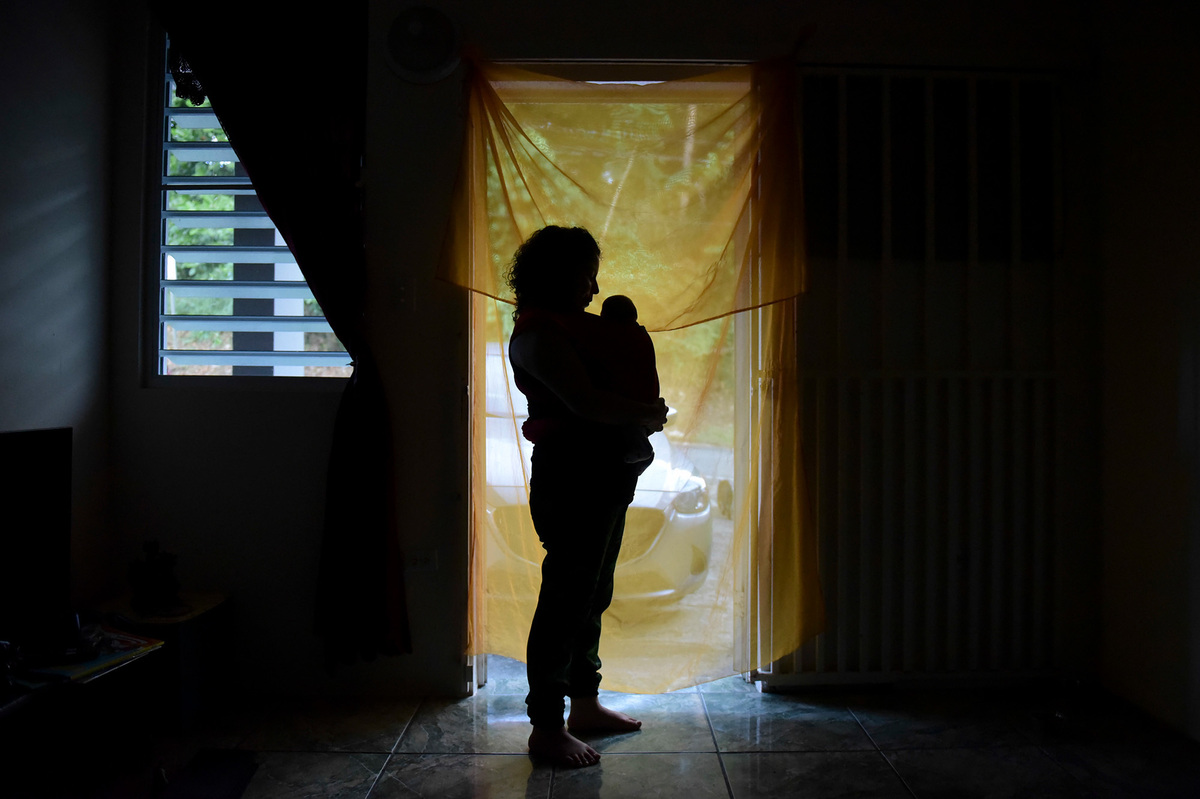 Michelle Flandez's son Inti Perez — pictured at home in Bayamon, Puerto Rico, in 2016 — was born with microcephaly linked to the mosquito-borne Zika virus.

Zika is a scary virus because of the terrible birth defects it can cause. Now scientists have a clearer sense of the size of that risk.

The U.S. Centers for Disease Control and Prevention identified 2,549 pregnant women with the Zika virus in Puerto Rico and other U.S. territories between Jan. 1, 2016 and April 25, 2017. The CDC found that 122 of these women — about 5 percent — gave birth to babies with birth defects such as small heads (known as microcephaly).

The federal health agency, which has been struggling to get clear information out of Puerto Rico about Zika, declined to say how many of those birth defects came from Puerto Rico.

But Dr. Anne Schuchat, acting director of the CDC, said she is confident that health officials in the territory are now fully reporting its cases to the federal health agency. Puerto Rico is not required to use the CDC definition when publishing its own figures, which have appeared to be out of step with expectations.

CDC will blend the Puerto Rico numbers with any cases reported from the U.S. Virgin Islands, American Samoa, and the Federated States of Micronesia and Marshall Islands for "an assurance of privacy," Schuchat told reporters. The upshot is that the public will not be able to identify risks specific to any of these areas. Puerto Rico's population accounts for more than 90 percent of the total.

Earlier this week, Puerto Rico, which has been struggling to attract tourists during the Zika outbreak, declared that the epidemic had ended. Schuchat agreed that the number of cases has fallen sharply since the peak of the epidemic. But in a telephone news conference Thursday, she said, "We don't feel the period of risk is over."

Another mosquito season is on the way, she noted.

Scientists have had trouble pinning down the risk of Zika to pregnant women. Estimates of birth defects have ranged from 1 percent of pregnancies to more than 10 percent. This latest study, published Thursday in Morbidity and Mortality Weekly Report, provides a sharper answer.

The study found that even infected women without symptoms of the disease were at risk of giving birth to babies with abnormalities.

Not all birth defects are immediately recognized at birth, Schuchat said, so it's important for doctors to follow up with these babies. In addition to microcephaly, the children may have other brain malformations, eye problems and neurological damage.