Accessibility links
Nevada's Medicaid-For-All Bill Awaits Action From Republican Governor : Shots - Health News The Nevada legislature has passed a bill that would allow anyone without health insurance in the state to buy into the Medicaid program, regardless of income. It's awaiting the governor's signature. 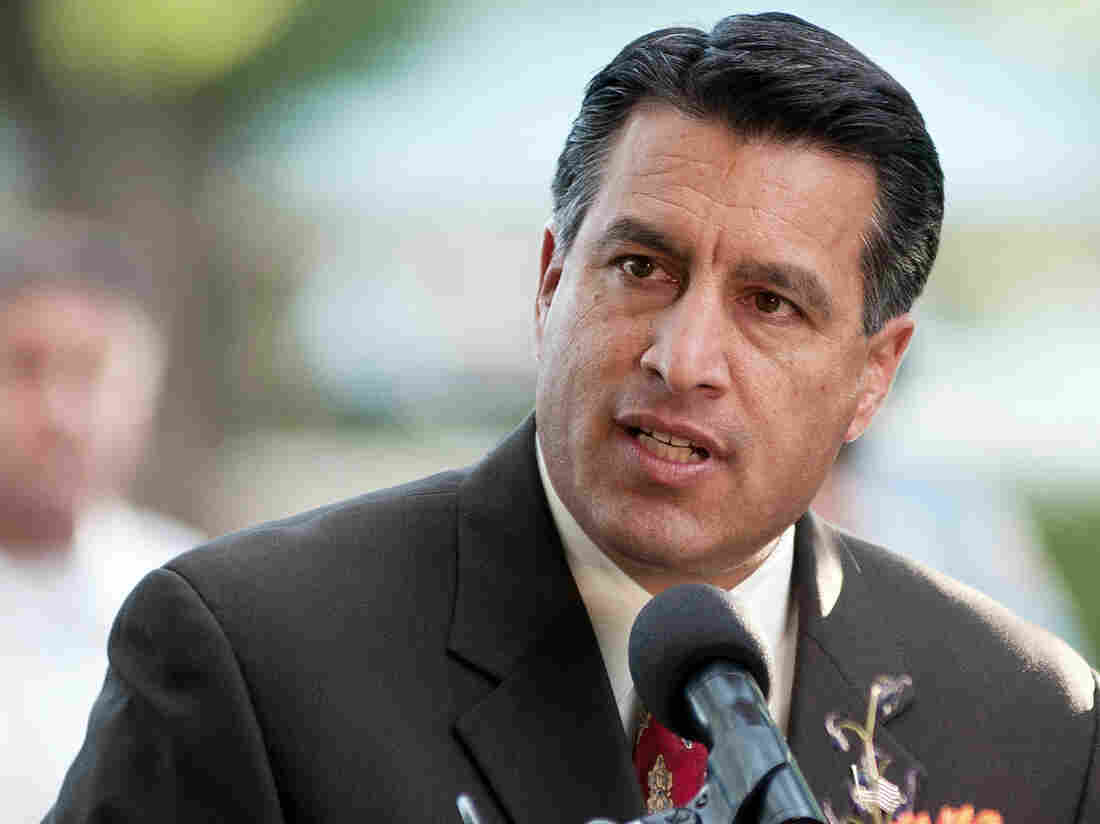 A bill that would allow Nevadans without insurance to buy into Medicaid starting in 2019 awaits Gov. Brian Sandoval's signature or veto. Kevin Clifford/AP hide caption 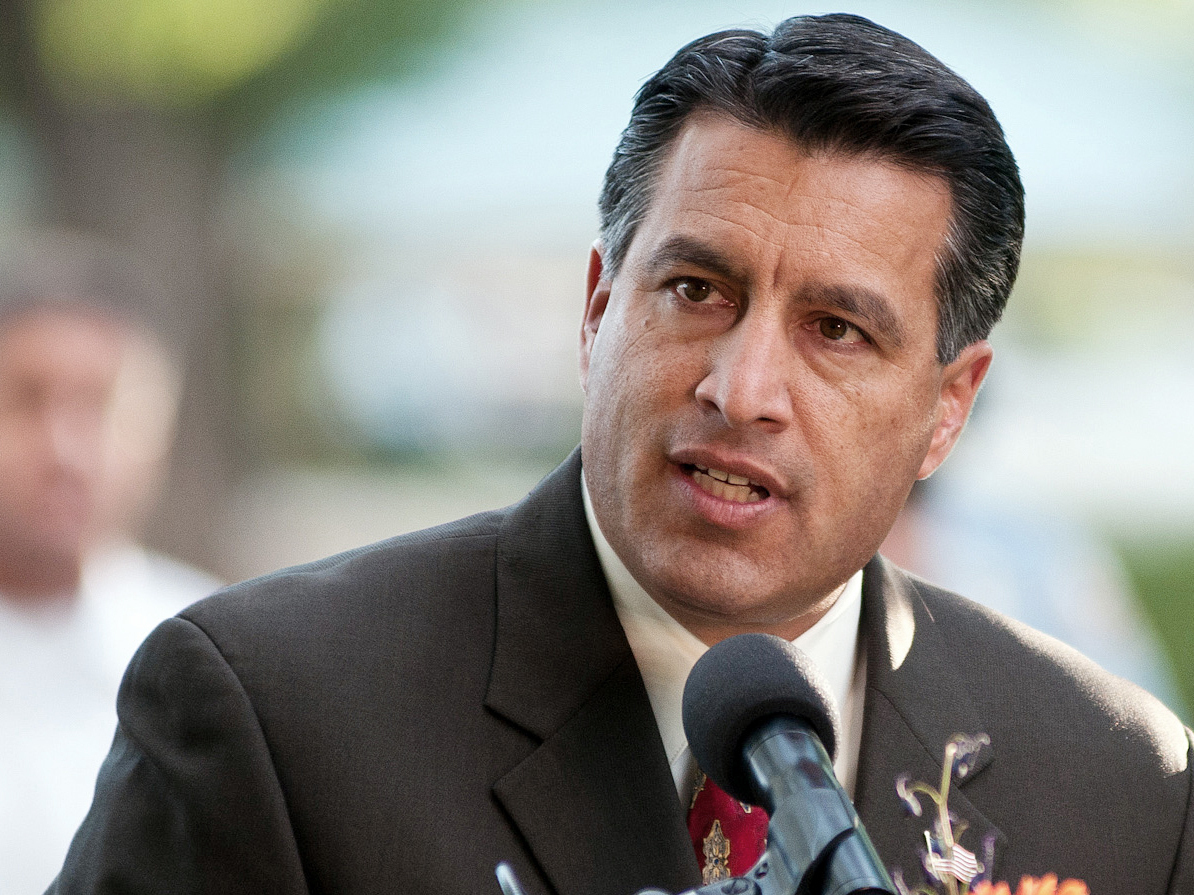 A bill that would allow Nevadans without insurance to buy into Medicaid starting in 2019 awaits Gov. Brian Sandoval's signature or veto.

Nevadans will find out this week whether their state will become the first in the country to allow anyone to buy into Medicaid, the government health care program for the poor and disabled.

Earlier this month, Nevada's legislature, where Democrats hold the majority, passed a "Medicaid-for-all" bill, and it's now on Republican Gov. Brian Sandoval's desk awaiting his signature or veto. If he does not act by Friday, it will automatically become law.

State lawmakers hope the proposal will give Nevadans a cheaper health insurance option as premiums for individual health insurance rise. The move comes as Republicans in the U.S. Congress are working to roll back the expansion of Medicaid that happened under President Barack Obama.

"With the uncertainty and mixed messages coming from our current federal administration in regard to health care and health care accessibility, there is an absolute need for states to become more reliant on providing insurance options to its citizens," said Assemblyman Mike Sprinkle, who sponsored the bill.

Under the proposal, Medicaid coverage would be offered alongside commercial insurance on Nevada's state-run health exchange starting in 2019. Sprinkle says he's not sure what the coverage would cost. The state would conduct an analysis of the Medicaid program to determine the size of premiums.

They would likely be lower than traditional insurance premiums, because Medicaid reimburses doctors less than most insurance plans and also pays lower prices for prescription drugs.

"If the expansion goes away, I really think this is going to be a viable option for those who lose coverage," Sprinkle says. He estimates about 300,000 Nevadans may enroll.

He says that if the Republican health care bill becomes law, people could use the tax credits in the bill to buy into Medicaid. And if it doesn't, they could still use their tax credits and subsidies from the Affordable Care Act, or Obamacare, to buy in.

To be able to sell policies on the exchange, Nevada would have to get approval from the Centers for Medicare and Medicaid Services in the form of a waiver. Sprinkle says he has had discussions with CMS officials who were open to the idea.

CMS administrator Seema Verma has said she wants to allow states to experiment with their Medicaid programs and make it easier for them to get waivers.