Accessibility links
The Two Halves Of The Brain See The World In Very Different Ways : Shots - Health News Surgery that severs the link between brain hemispheres reveals that those halves have way different views of the world. We ask a pioneering scientist what that tells us about human consciousness. 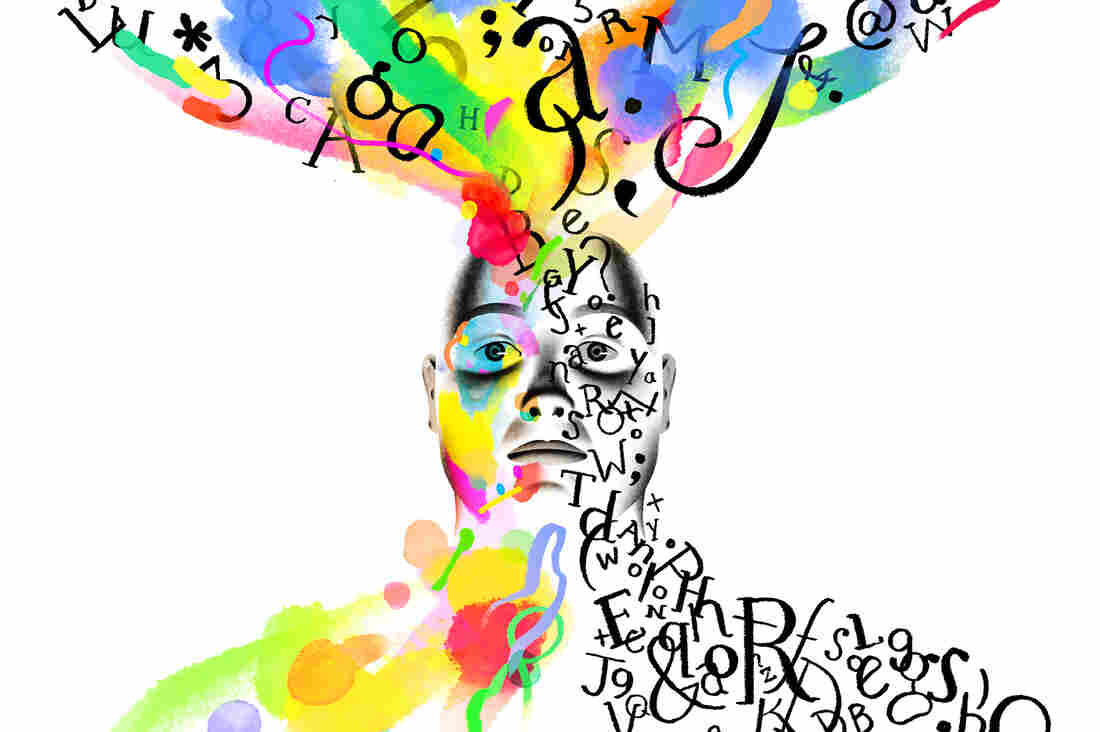 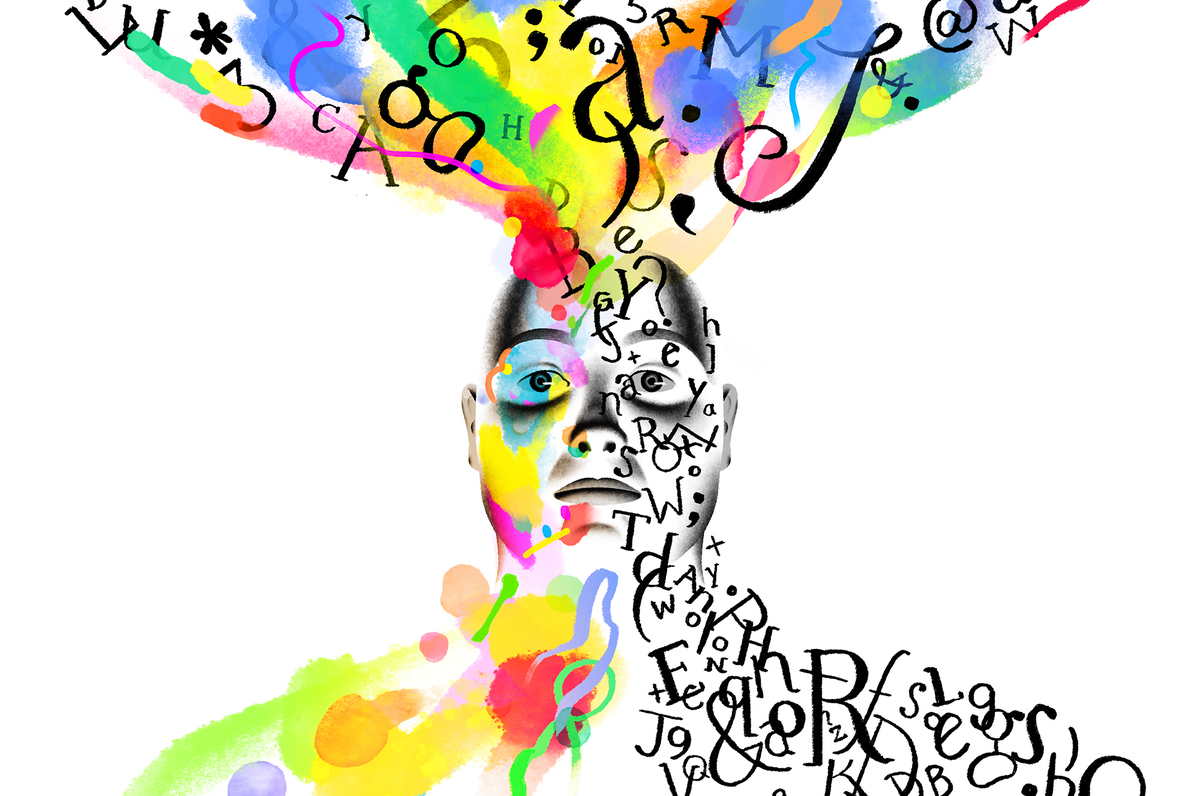 After surgery to treat her epilepsy severed the connection between the two halves of her brain, Karen's left hand took on a mind of its own, acting against her will to undress or even to slap her. Amazing, to be sure. But what may be even more amazing is that most people who have split-brain surgery don't notice anything different at all.

But there's more to the story than that. In the 1960s, a young neuroscientist named Michael Gazzaniga began a series of experiments with split-brain patients that would change our understanding of the human brain forever. Working in the lab of Roger Sperry, who later won a Nobel Prize for his work, Gazzaniga discovered that the two halves of the brain experience the world quite differently.

When Gazzaniga and his colleagues flashed a picture in front of a patient's right eye, the information was processed in the left side of the brain and the split-brain patient could easily describe the scene verbally. But when a picture was flashed in front of the left eye, which connects to the right side of the brain, the patient would report seeing nothing. If allowed to respond nonverbally, however, the right brain could adeptly point at or draw what was seen by the left eye. So the right brain knew what it was seeing; it just couldn't talk about it. These experiments showed for the first time that each brain hemisphere has specialized tasks.

In this third episode of Invisibilia, hosts Alix Spiegel and Hanna Rosin talk to several people who are trying to change their other self, including a man who confronts his own biases and a woman who has a rare condition that causes one of her hands to take on a personality of its own.

I spoke with Gazzaniga about his seminal research and what it can tell us about the nature of the human brain and even human consciousness. He's the director of the SAGE Center for the Study of Mind at the University of California, Santa Barbara, and author of the upcoming book, The Consciousness Instinct. The interview has been edited for length and clarity.

It's incredible now to think that until you did those experiments, no one knew about brain lateralization. What does it feel like to make such a profound discovery?

Before we conducted our experiments, it seemed very clear that cutting the corpus callosum did not have any effect. Karl Lashley, an influential memory researcher, joked that the corpus callosum's role was simply "to keep the hemispheres from sagging."

So it was pretty stunning to witness a guy who was otherwise just like everybody else be completely unaware in his left hemisphere about what his right hemisphere was capable of. All of the information in half of his visual field could not be verbally described. And yet, the right hemisphere responding nonverbally was aware that the information had been presented. It boggles the mind. If you were witnessing that, trust me, you would just be stunned. You'd say, "I want to understand that more."

So what's the benefit of having the two halves of the brain specialized like that?

Well, people have been wondering about lateralization of the nervous system for a long time, and there are many theories, but it's basically not known. Up until you get to the human brain, if you look at monkeys and chimps, both sides of the brain serve basically the same functions. And then in humans, there starts to be this vast amount of lateral specialization. One simple idea that we've offered is that the human is really set with more capacities than fewer, and each one of those capacities takes up some kind of neural space.

If you start with a normal, intact brain with things duplicated on each side and you need more cortical space to add on all the new, higher functions of the human condition, you're gonna say, "Maybe let's recraft some of this space and just use one hemisphere, so we have more space for another capacity." But as I say, it's just speculation; it's not in the category of "we know how it works."

What are "functions of the human condition"?

Well, over time, as our experiments evolved, rather than just asking patients to identify what they saw, we asked them to select objects or drawings to match the images we showed them, and then we would ask them to explain themselves. For example, we showed the right eye of one patient a picture a chicken claw. The right hand had to pick a related drawing, and one was a chicken. So, the chicken claw obviously goes with the chicken. At the same time, we showed to the left eye a New England snow scene. The left hand had to pick a related image, and one was a shovel, so the left hand pointed to the shovel.

Afterward, we asked the patient, sort of confrontationally, "Why did you do that? Why did you point to the chicken and the shovel?" And the patient said, "Well, the chicken claw goes with the chicken, and you need a shovel to clean out the chicken shed." And we realized — BOOM! — we do that all day long! We have all these separate systems, these impulses, these emotions, these behaviors, all this stuff, and we're constantly thinking about it and spinning it into a story that fits.

Once you're onto that as a big feature of the human condition, you could then see how you can take that kind of interpretive system and build larger stories about meaning and why we're doing things and our origins, and all the rest of it.

What can split-brain research teach us about normal brains?

One of the fundamental facts of split-brain research that people have to remember is that you can take any normal person and normal brain and disconnect the hemispheres and all of a sudden you have two consciousnesses. And through analysis and examination of all kinds of neurologic cases, you realized there are consciousnesses all over the brain!

So if you're looking at one system that somehow generates our subjective sense of being conscious — that's wrong. That's not how we should think about how consciousness evolved. You can take a conscious system and divide it in two just by disconnecting some neurons — that is a thing to go home and think about real hard.