Accessibility links
A History Of Dads In Delivery Rooms : Shots - Health News For many fathers, the birth of a child is a hugely emotional moment. But not that long ago, few fathers were allowed to participate in the process. 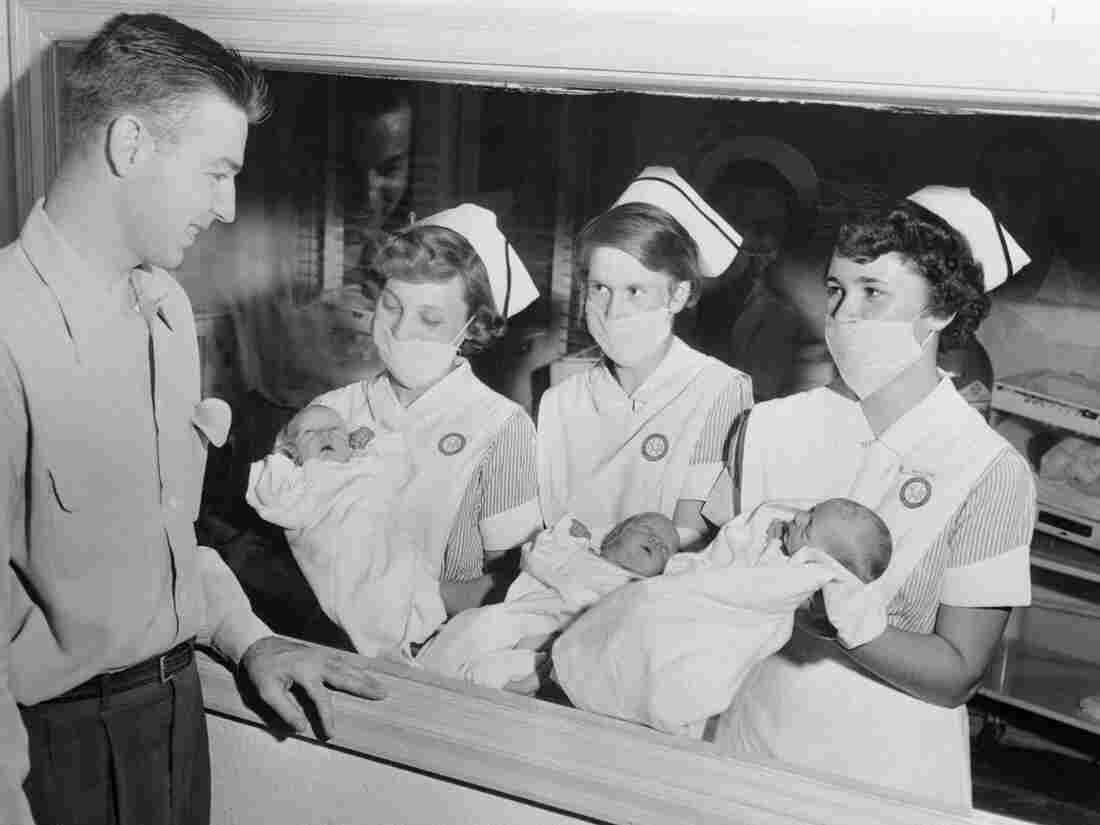 Until the 1970s, most U.S. hospitals did not allow fathers into the delivery room for the birth of a child, or children. Bettmann/Bettmann Archive hide caption 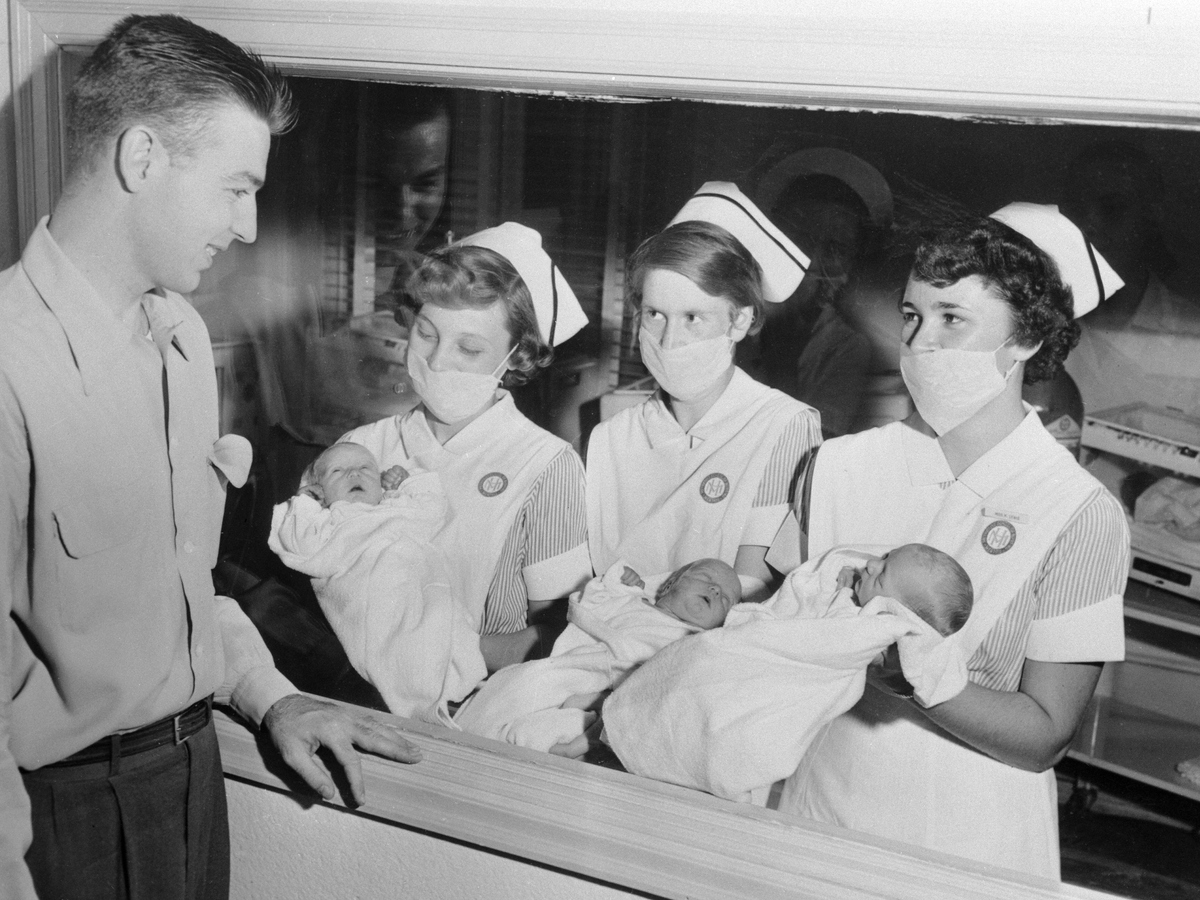 Until the 1970s, most U.S. hospitals did not allow fathers into the delivery room for the birth of a child, or children.

At a childbirth class at Doula Love in Portland, Ore., a half-dozen pregnant women lean on yoga balls. Their partners are right behind them, learning how to apply pressure for a pelvic massage. Together, they go over the stages of labor, birthing positions, and breathing techniques.

"I'm certainly not a medical professional or anything like that," Cooney notes, "But I know my wife a lot better than any of the people at the hospital. And so being able to advocate for her is really important."

Dads in delivery rooms may be routine these days, but not that long ago, childbirth was an experience few American fathers were a part of. So how did we go from an age of men pacing smoke-filled waiting rooms to this modern era where they attend birthing classes and learn about pelvic massage?

Medical historian Judy Leavitt, a professor emeritus at the University of Wisconsin-Madison, traces the history of fathers and childbirth in her book "Make Room for Daddy: The Journey from Waiting Room to Birthing Room."

"Traditional childbirth was really a female event," Leavitt explains. "The woman would call her friends and relatives together to help her, and they'd be all around the birthing bed. And there'd be the midwife." A male physician might come and go, she says, and fathers might be asked to boil water, but mostly it was a room full of women.

In the 20th century, childbirth moved from the home to the hospital. In 1938, half of American women gave birth in hospitals. Within twenty years, nearly all of them did. While there were advantages to medicalized births – having antibiotics and blood banks on site, for example – Leavitt says it was lonely. "The nurses are busy, going in and out, and the laboring women are laboring on their own. And they don't like it."

Meanwhile, some fathers weren't happy about being stuck in waiting rooms, nicknamed "stork clubs," especially when they were close enough to the labor and delivery wards to hear their wives cry out. Leavitt says doctors typically didn't want fathers present for the delivery any more than they'd want them around during an appendectomy.

But parents began to push back. The women's movement and the natural childbirth movement helped drive the campaign, Leavitt says. Women argued that they should have a say in who could be around during labor and delivery. Fewer drugs, especially at a time when sedatives were widely used in labor, meant women were more aware of who was in the room.

Getting fathers into delivery rooms didn't happen overnight, and progress across the country was uneven, Leavitt found. By and large, by the 1960s, fathers were regularly allowed in the room during labor. By the 70s and 80s, they were allowed to stay for the birth. Today, most do.

As Cole Cooney prepares for the arrival of his second child, he looks back in amazement at the hours he and his wife shared right after the birth of their first.

"We kind of have different memories of the experience, but ultimately the two memories kind of make it a whole," says Cooney. "It's just such a bonding experience, and it's such a special moment — bringing this human into the world."

Deena Prichep is a freelance print and radio journalist based in Portland, Ore.