Accessibility links
Back Pain Got You Down? Yoga Is A Good Alternative To Physical Therapy : Shots - Health News A yoga class designed specifically for lower back pain can be as effective as physical therapy in easing pain, the study says. The class and teacher manuals are available online, for free. 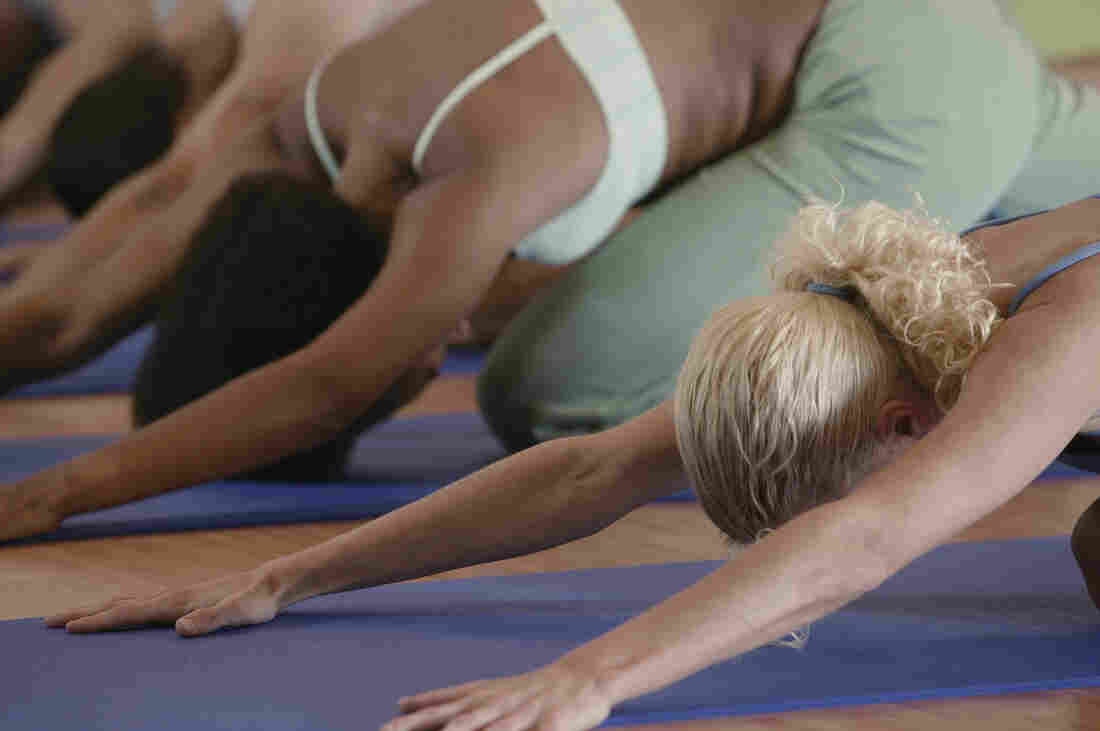 New research finds that a yoga class designed specifically for back pain can be as effective as physical therapy in relieving pain. The yoga protocol includes gentle poses and avoids more difficult ones. Comstock Images/Getty Images hide caption

If you're tired of popping pain medicine for your lower back pain, yoga may be a good alternative.

New research finds that a yoga class designed specifically for back pain can be as safe and effective as physical therapy in easing pain.

The yoga protocol was developed by researchers at Boston Medical Center with input from yoga teachers, doctors and physical therapists.

During the class, trained instructors guide participants through gentle poses, including cat-cow, triangle pose and child's pose. Simple relaxation techniques are part of the class as well. More difficult poses, such as inversions, are avoided.

A guidebook that details the poses taught during the class is freely available, as is a teacher training manual.

The findings, published Monday in the Annals of Internal Medicine, are in line with new guidelines for treating back pain from the American College of Physicians. The group recommends that people with back pain should avoid pain medicines if possible, and instead opt for alternatives such as tai chi, yoga and massage. As we've reported, those guidelines are aimed at people with run-of-the-mill back pain, rather than pain due to an injury or other diagnosed problem.

Who was in the study? Researchers recruited 320 racially diverse, predominantly low-income participants in the Boston area, all of whom had chronic low back pain. The study lasted one year.

"I'm not recommending that people just go to any yoga class," Saper told us. He pointed out that their research has helped nail down poses and relaxation techniques that are helpful and safe.

Saper says he chose to compare the effects of yoga with physical therapy because "PT is the most common referral that physicians make for patients with back pain. It's accepted, it's reimbursed, and it's offered in most hospitals."

Saper says if research shows that yoga can be as effective, "maybe yoga should be considered as a potential therapy that can be more widely disseminated and covered [by insurance]."

An editorial published alongside the study points out that treating low back pain is complicated and improvements documented in the study were modest.

"Any single treatment approach is unlikely to prove helpful to all or even most patients," writes Stefan Kertesz of the University of Alabama at Birmingham School of Medicine and his co-author, Douglas Chang of University of California, San Diego. Nonetheless, as this new study has shown, "yoga offers some persons tangible benefit without much risk," they conclude.