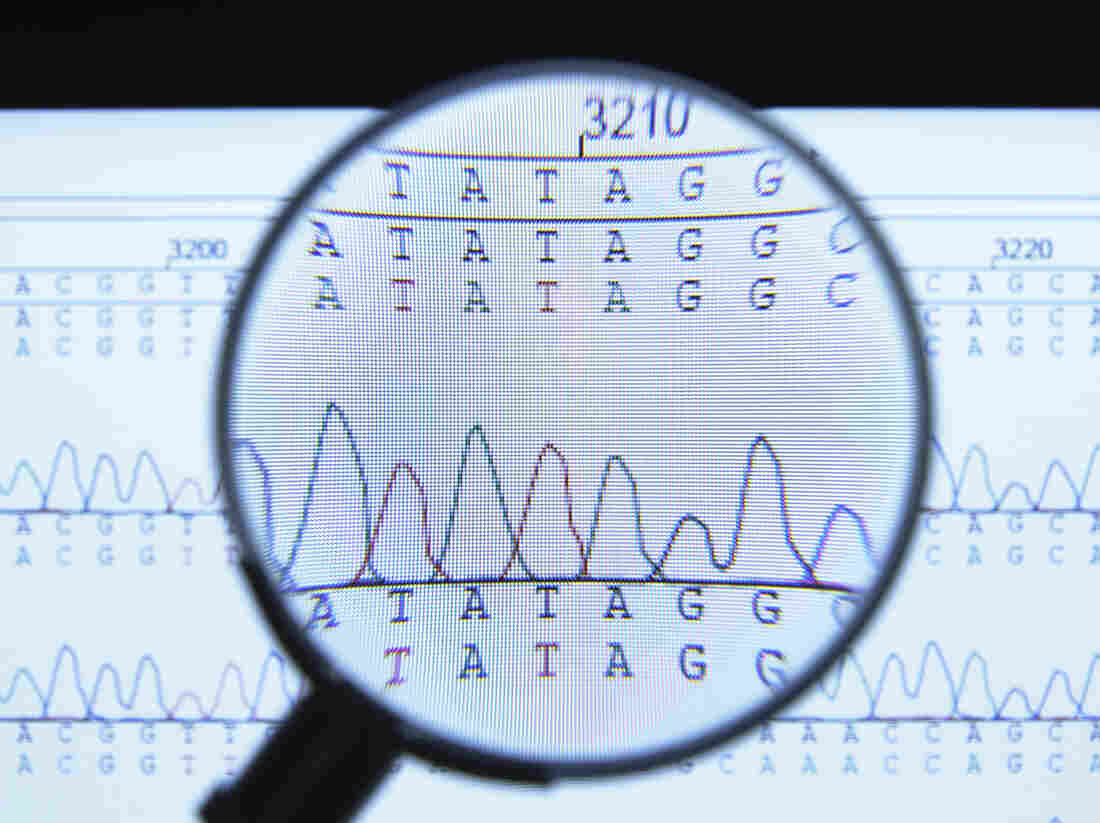 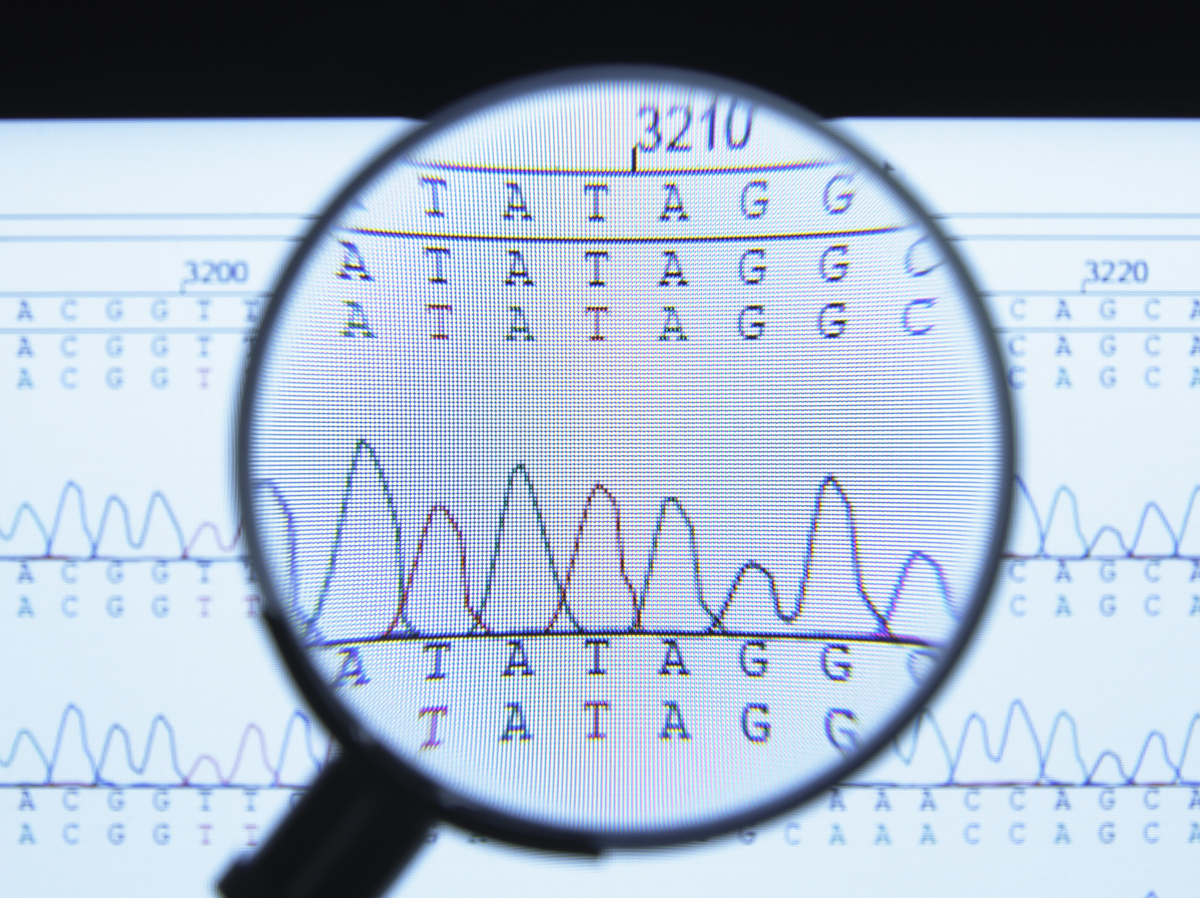 Whole genome sequencing could become part of routine medical care. Researchers sought to find out how primary care doctors and patients would handle the results.

Advances in technology have made it much easier, faster and less expensive to do whole genome sequencing — to spell out all three billion letters in a person's genetic code. Falling costs have given rise to speculation that it could soon become a routine part of medical care, perhaps as routine as checking your blood pressure.

But will such tests, which can be done for as little as $1,000, prove useful, or needlessly scary?

The first closely-controlled study aimed at answering that question suggests that doctors and their patients can handle the flood of information the tests would produce. The study was published Monday in Annals of Internal Medicine.

"We can actually do genome sequencing in normal, healthy individuals without adverse consequences — and actually with identification of some important findings," says Teri Manolio, director of the division of genomic medicine at the National Human Genome Institute, which funded the study. Manolio wrote an editorial accompanying the paper.

"There's a lot of excitement and a lot of hope about this new technology and how it's going to revolutionize medicine," says Jason Vassy, a researcher at the VA Boston Healthcare System and the Brigham and Women's Hospital, who led the study. "But at the same time, there are a lot of fears and a lot of concerns."

Vassy acknowledges that routine genome sequencing could overwhelm doctors and patients with confusing and sometimes alarming information, leading to anxiety and stress, as well as expensive and sometimes dangerous follow-up testing.

So he and his colleagues sought to find out what routine testing would look like in a general medicine setting. They studied 100 healthy, middle-aged patients whose primary care physicians randomly asked them if they were interested in having their genomes sequenced.

Half of the volunteers had their DNA scanned for genetic variations that could cause nearly 5,000 rare genetic diseases as well as other genetic markers. The other half answered questions about diseases that ran in their families — the traditional way of spotting inherited risks.

One of the volunteers was Renee Duchainey-Farkes, 63, who runs an elementary school in Boston.

"I'd always been kind of fascinated by genome studies," Duchainey-Farkes says. "So I was more than excited, but at the same time now nervous because it was like, 'Well, do I really want to know if things aren't great?'"

Among the 50 volunteers who got sequenced, the researchers found that about 1 in 5 had a variant in their genome that was associated with a rare, sometimes serious genetic disease.

"That was higher than we expected to find," Vassy says. "These were generally healthy middle-aged adults who had gone their entire life and didn't think they had any genetic diseases."

Most of them were fine, but what happened next surprised the researchers: Neither the volunteers nor their doctors overreacted.

"We were pleasantly surprised to see that primary care physicians were able to manage their patients' genetic results appropriately," Vassy says. "And patients are generally able to handle this information. It does not cause an increase in anxiety or an increase in depression."

Many of the patients also received useful information, the researchers reported.

Duchainey-Farkes says she discovered why she got odd rashes and bad sunburns. It turns out she's had what so far has been a very mild version of variegate porphyria, a rare skin disease. As a result, her doctor gave her a list of drugs to stay away from because they could aggravate the condition.

"So I feel that was a really positive outcome," Duchainey-Farkes says.

She also found out she may be prone to diabetes, so she's trying harder to watch her weight and eat better, she says.

Finance professor Irena Vodenska, 46, of Brookline, Mass., learned she was carrying a genetic variation that could put her at risk for heart problems. Follow-up tests found nothing wrong with her heart. But Vodenska is still glad she did it.

"It made me think," Vodenska says. "It satisfied my curiosity, and it made me change some things in my life." She walks instead of drives whenever she can now, and she tries to eat better.

Manolio says those in the study who learned they were carrying variations associated with rare diseases could potentially use that information when planning their families.

"There's a lot of, in my opinion, highly misplaced enthusiasm for doing genomic sequencing in the general population," says James Evans, a geneticist at the University of North Carolina, Chapel Hill. "And this study shows that its routine provision, in that context, is vastly premature and likely lead to more mischief than benefit."

Others fear that people who get sequenced could be subject to discrimination.

"That information is accessible by third parties who can require access to it," says Mark Rothstein, who directs the University of Louisville's Institute for Bioethics, Health Policy and Law. For example, he says, "applying for life insurance or disability insurance or long-term care or other things."

Vassy and Manolio acknowledged the patients in the study were more affluent and better educated than the general populace. The doctors also received extra training in interpreting genetic information. And they stressed more research is needed before sequencing becomes commonplace.

But some private companies have already are starting selling genome sequencing to people who are really curious about what secrets may be hiding in their DNA.

"We think that whole genome sequencing will be part of the foundation of medical practice much sooner than people are thinking," says Brad Perkins, the chief medical officer at Human Longevity, Inc., one of the companies selling the test.

"It's a completely new way of looking at things," agrees Mirza Cifric, CEO of Veritas Genetics. "By having your whole genome sequenced, you have an asset for life. You have a digitized version of yourself that you can go back to for a variety of reasons."