Accessibility links
Patients Who Tested Positive For Genetic Mutations Fear Bias Under GOP Health Plan : Shots - Health News Encouraged by their doctors, many people in recent years have taken tests to find out if they're at risk of disease. Now they worry the Republican health bills could make them vulnerable. 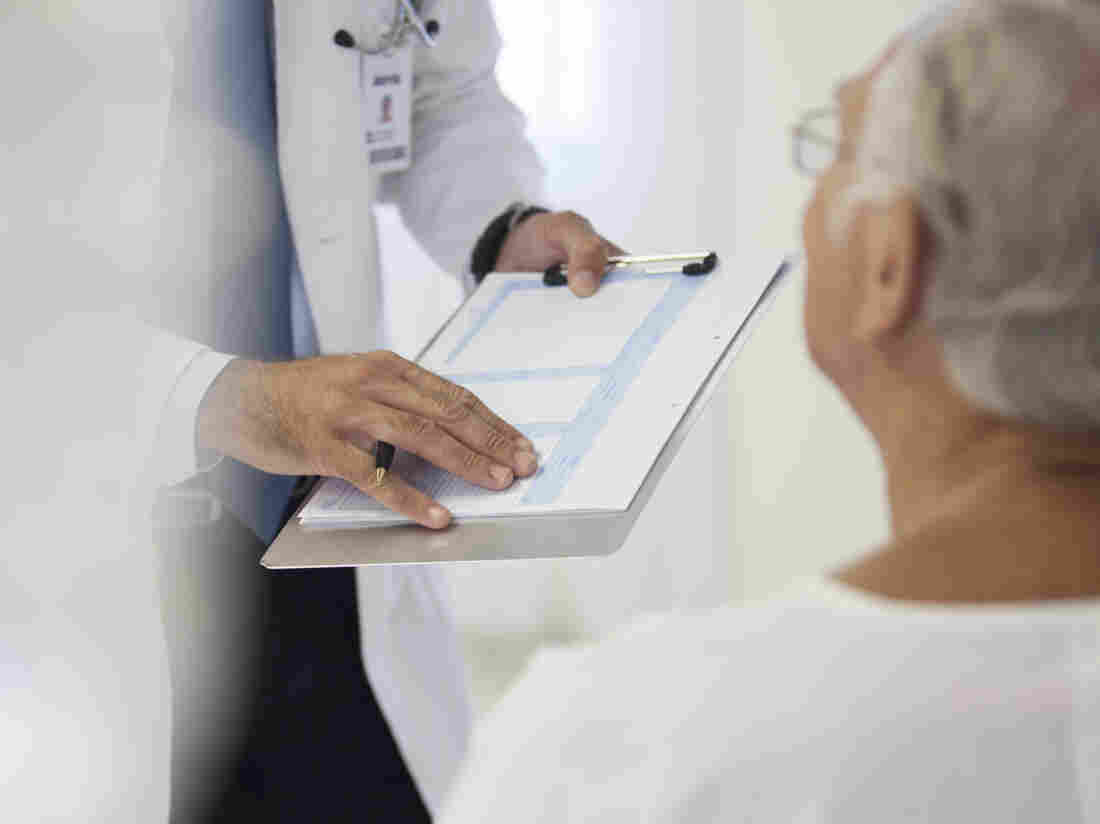 Patients who underwent genetic screenings now fear that documentation of the results in their medical records could lead to problems if a new health law is enacted. Sam Edwards/Caiaimage/Getty Images hide caption 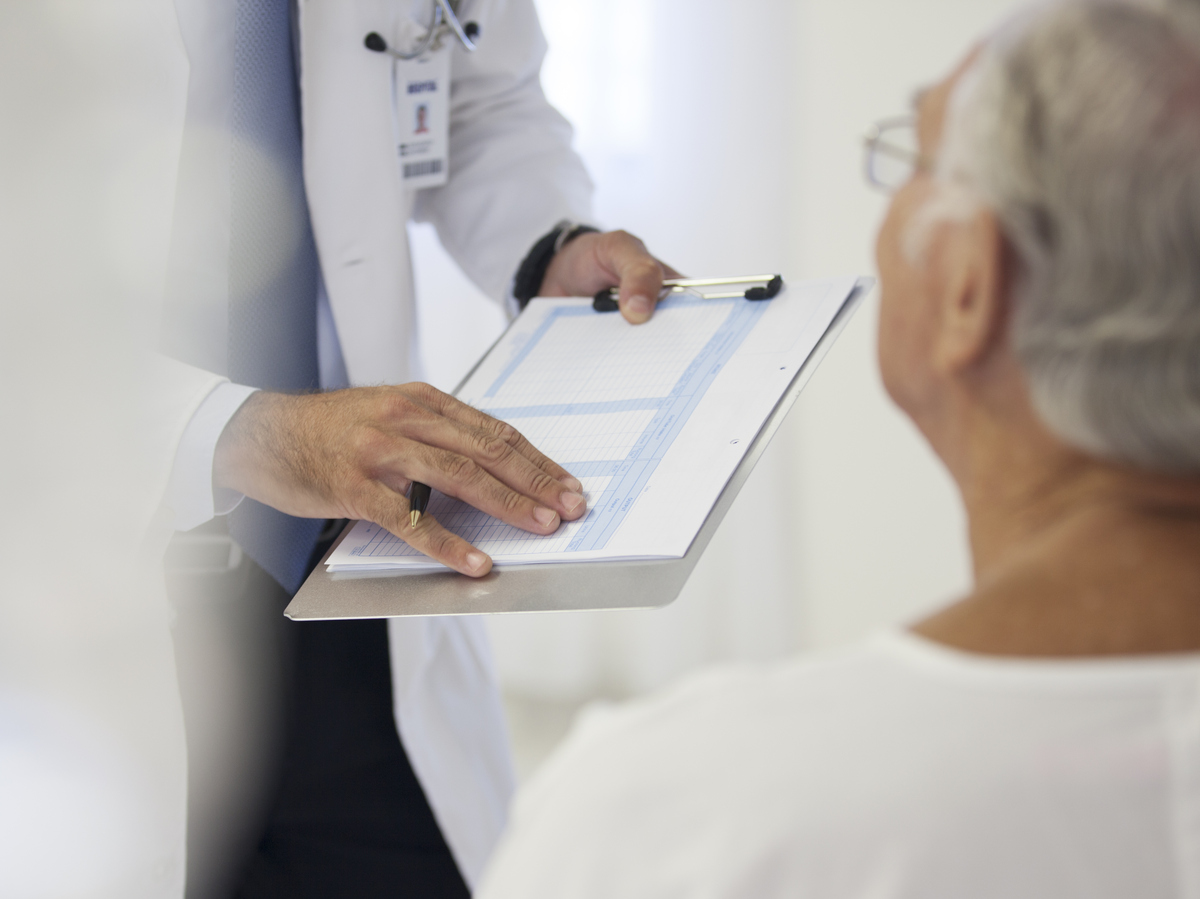 Patients who underwent genetic screenings now fear that documentation of the results in their medical records could lead to problems if a new health law is enacted.

Two years ago, Cheasanee Huette, a 20-year-old college student in Northern California, decided to find out if she was a carrier of the genetic mutation that gave rise to a disease that killed her mother. She took comfort in knowing that whatever the result, she'd be protected by the Affordable Care Act's guarantees of insurance coverage for pre-existing conditions.

Her results came back positive. Like her mother, she's a carrier of one of the mutations known as Lynch syndrome. The term refers to a cluster of mutations that can boost the risk of a wide range of cancers, particularly colon and rectal.

As Republican lawmakers advance proposals to overhaul the ACA's consumer protections, Huette frets that her future health coverage and employment options will be defined by that test.

She even wonders if documentation of the mutation in her medical records and related screenings could rule out individual insurance plans. She's currently covered under her father's policy. "Once I move to my own health care plan, I'm concerned about who is going to be willing to cover me, and how much will that cost," she says.

In recent years, doctors have urged patients to be screened for a variety of diseases and predisposition to illness, confident it would not affect their future insurability. Being predisposed to an illness — such as carrying the BRCA gene mutations associated with breast and ovarian cancer — does not mean a patient will come down with the illness. But knowing they could be at risk may allow patients to take steps to prevent its development.

Under the current health law, many screening tests for widespread conditions such as prediabetes are covered in full by insurance. The Centers for Disease Control and Prevention and the American Medical Association have urged primary care doctors to test patients at risk for prediabetes. But doctors, genetic counselors and patient advocacy groups now worry that people will shy away from testing as the ACA's future becomes more uncertain.

Dr. Kenneth Lin, a family physician at Georgetown University School of Medicine in Washington, D.C., says if the changes proposed by the GOP become law, "you can bet that I'll be even more reluctant to test patients or record the diagnosis of prediabetes in their charts." He thinks such a notation could mean hundreds of dollars a month more in premiums for individuals in some states under the new bill.

Huette says she's sharing her story publicly since her genetic mutation is already on her medical record.

But elsewhere, there have been "panicked expressions of concern," says Lisa Schlager of the patient advocacy group Facing Our Risk of Cancer Empowered (FORCE). "Somebody who had cancer even saying, 'I don't want my daughter to test now.' Or 'I'm going to be dropped from my insurance because I have the BRCA mutation.' There's a lot of fear."

Those fears, which come in an era of accelerating genetics-driven medicine, rest upon whether a gap that was closed by the ACA will be reopened. That remains unclear.

A law passed in 2008, the Genetic Information Nondiscrimination Act, bans health insurance discrimination if someone tests positive for a mutation. But that protection stops once the mutation causes "manifest disease" — essentially, a diagnosable health condition.

That means "when you become symptomatic," although it's not clear how severe the symptoms must be to constitute having the disease, says Mark Rothstein, an attorney and bioethicist at the University of Louisville School of Medicine in Kentucky, who has written extensively about GINA.

On paper, the legislation unveiled by Senate Majority Leader Mitch McConnell last week wouldn't let insurers set higher rates for people with pre-existing conditions, but it could effectively exclude such patients from coverage by allowing states to offer insurance plans that don't cover certain maladies, health analysts say. Meanwhile, the bill that passed the House last month does have a provision that allows states to waive protections for people with pre-existing conditions, if they have a gap in coverage of 63 days or longer in the prior year.

When members of a Lynch Syndrome social media group were asked for their views on genetic testing amid the current health care debate, about two dozen men and women responded. Nearly all said they were delaying action for themselves or suggesting that family members, particularly children, hold off.

Huette was the only one who agreed to speak for attribution. She says before the ACA was enacted, she witnessed the impact that fears about insurance coverage had on patients. Her mother, a veterinarian, had wanted to run her own practice but instead took a federal government job for the guarantee of health insurance. She died at the age of 57 of pancreatic cancer, one of six malignancies she had been diagnosed with over the years.

Huette says she doesn't regret getting tested. Without the result, Huette points out, how would she have persuaded a doctor to give her a colonoscopy in her 20s?

"Ultimately, my health is more important than my bank account," she says.