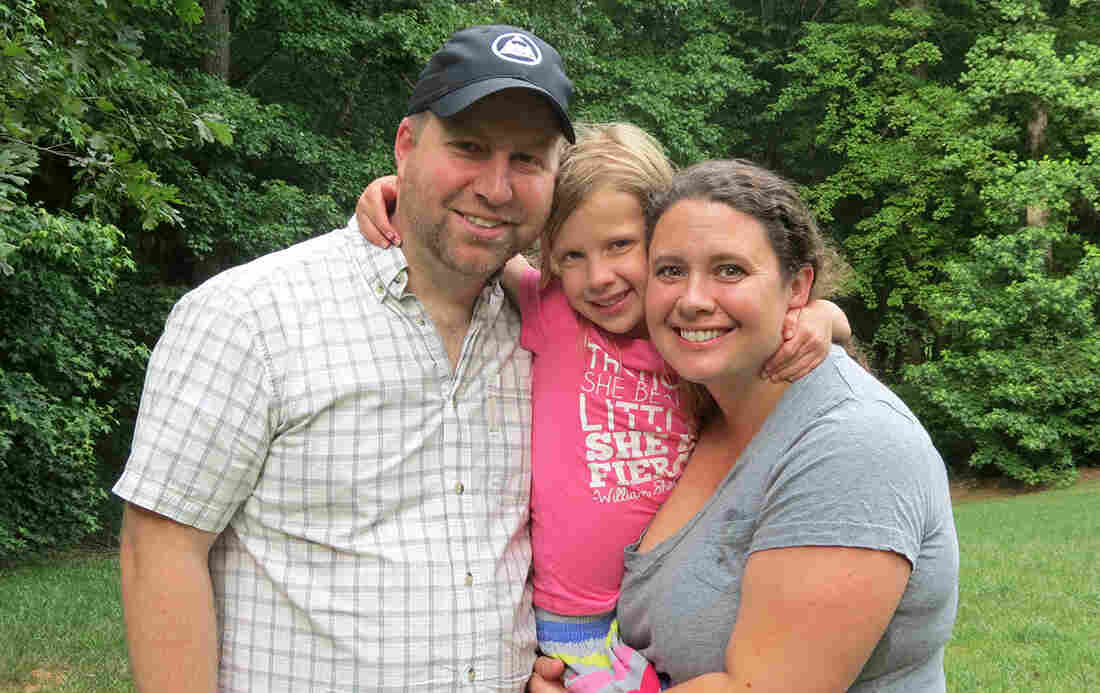 Clara Hardy (middle) with her parents, Robert and Chrissy. Clara, who lives in North Carolina, needed expensive surgery and other procedures right after birth to save her life. The family's insurance policy paid most of the cost. Alex Olgin/WFAE hide caption 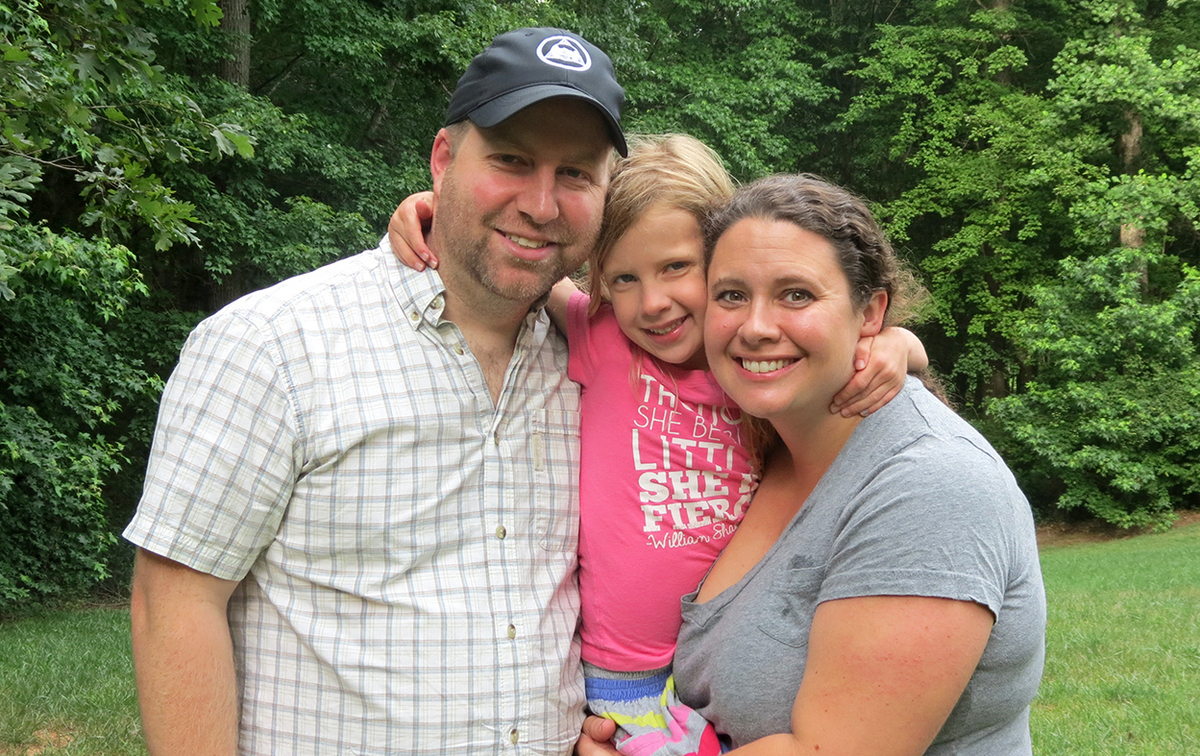 Clara Hardy (middle) with her parents, Robert and Chrissy. Clara, who lives in North Carolina, needed expensive surgery and other procedures right after birth to save her life. The family's insurance policy paid most of the cost.

The health care legislation under discussion in the Senate could allow states to remove some of the Affordable Care Act's consumer protections — including the prohibition that keeps insurers from limiting how much they'll pay for medically needy, expensive patients. Clara Hardy's parents worry about the Senate bill for just this reason.

These days, 6-year-old Clara's biggest struggle is holding her breath long enough to touch the bottom of the neighborhood pool. But immediately after she was born in 2011, she couldn't even breathe. She had a serious birth defect called a congenital diaphragmatic hernia.

Will My High Premiums Go Down? More Q&A About The GOP Health Plan

Sitting next to her mom, Chrissy Hardy, Clara reads from a book, made of construction paper, that she wrote and illustrated in crayon. "On day eight, the surgeons cut me open," Clara reads. "Everything that was in my chest got moved back to my belly. They put a patch to fix the hole in my diaphragm."

"We were told more than once she would not survive," her mother adds.

But after many procedures that Chrissy estimates cost more than $1 million, she finally got to cradle her baby.

"She was born two months before I turned 30," Chrissy says, "and I held her the day before my 30th birthday."

At the time, the whole family had health insurance through Chrissy's job as a public school teacher. So their out-of-pocket medical costs were just $10,000.

But under the GOP proposal, the Hardys could be on the hook for a lot more. The bill gives states wiggle room on whether insurance policies sold on the states' exchanges will be required to include health benefits that the Affordable Care Act defined as "essential."

Those benefits, under the Affordable Care Act, must be covered by insurers, with no lifetime or annual caps on what insurers chip in to cover a particular patient's bills. The ACA also sets an annual maximum on the amount of money a patient must contribute to help cover the bills.

Under the proposed Senate bill, if one of the ACA's "essential benefits" — such as pregnancy and childbirth, prescription drug coverage and mental health services — is no longer deemed essential by a state, that leaves the door open to insurers to charge more for plans that include those benefits. This could even bring back lifetime caps on how much an insurer would pay for such services for a particular patient.

Hospitalization, emergency services and prescription drugs are just some of the 10 benefits that Clara needed — and might need again.

The details of how any change in the federal health law rules would play out in various states and in each health policy are still murky; the GOP Senate bill is still in draft form, and a lot will be left up to the state. But Clara's dad, Robert Hardy, is worried.

"I don't really know what the limit would be, but there is probably a good chance that she's hit it," he says.

Matt Fiedler, a health care economist with the Brookings Institution, warns that if the GOP bill passes, the problem of lifetime limits on what insurers could be counted on to pay for an insured patient's care could spread quickly from state to state, because large companies that offer health insurance could choose the list of "essential health benefits" they include in their policies from any state.

"If you are an employer with 150 employees — so you are buying large group market coverage, and you are entirely in Pennsylvania — you can choose Mississippi's definition of essential health benefits for the purposes of the lifetime limit provision," Fiedler explains.

While many businesses offer insurance to keep good employees, some may cut costs by offering policies with fewer benefits. And people who buy insurance plans from the exchanges would likely be limited to what their state of residence is willing to cover, says Fiedler.

"If a benefit were no longer [an] essential health benefit, you would probably not have plans that would offer that type of coverage without an annual or lifetime limit," he says. "People would just have no place to go."

That means the GOP bill, if passed, could effectively gut protection for pre-existing conditions. If a state can let an insurer opt out of offering prescription drug coverage, for example, people who require medications would probably be paying more to have them covered.

The Hardys now get their health insurance through the North Carolina exchange — they were able to get it despite Clara's past health problems. Worries about how the cost could climb, if the GOP bill becomes law, keeps her dad up at night.

"I would like to be able to be in a situation where I knew I didn't have to worry if I was going to have to face a decision to bet my financial security against my child's health," Robert Hardy says.

As Clara reads her book, she lifts her pink shirt a little, to reveal a scar that cuts diagonally across her entire stomach.

"My scar on my tummy makes me proud," she reads. "It is a reminder that I am tough and I can do hard things."