Accessibility links
'Healing Children': A Surgeon's Memoir : Shots - Health News Dr. Kurt Newman has spent his career caring for children. In a new book, he argues that children are not just smaller adults, and the differences matter for their treatment. 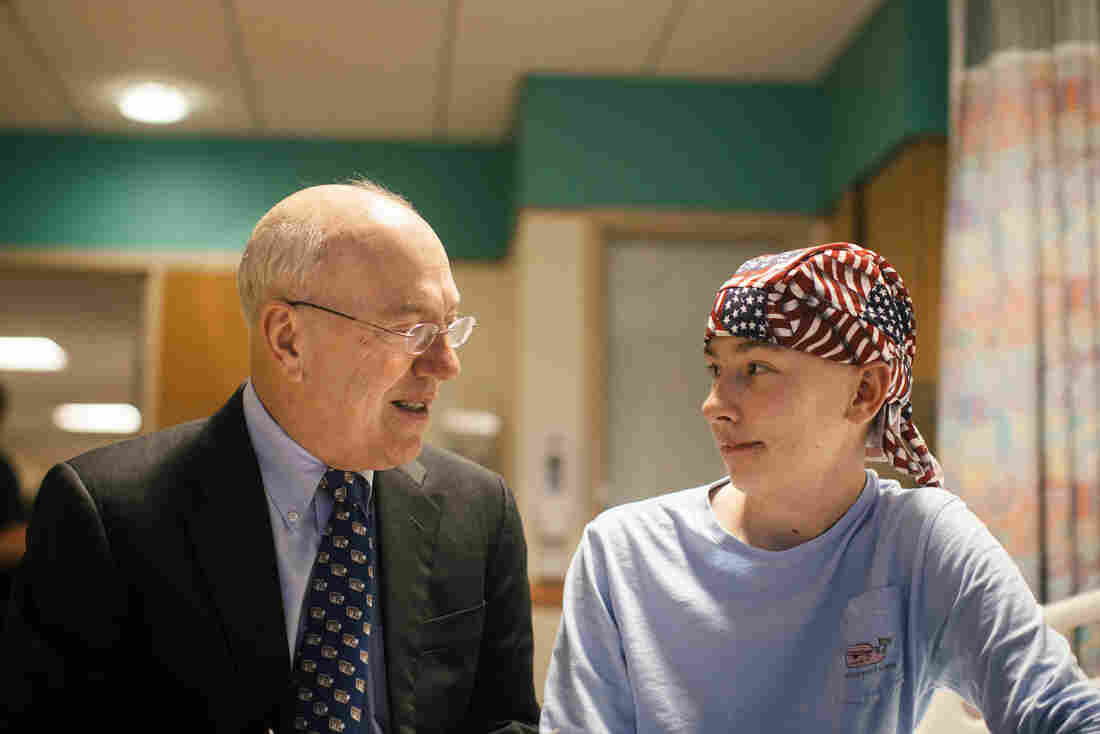 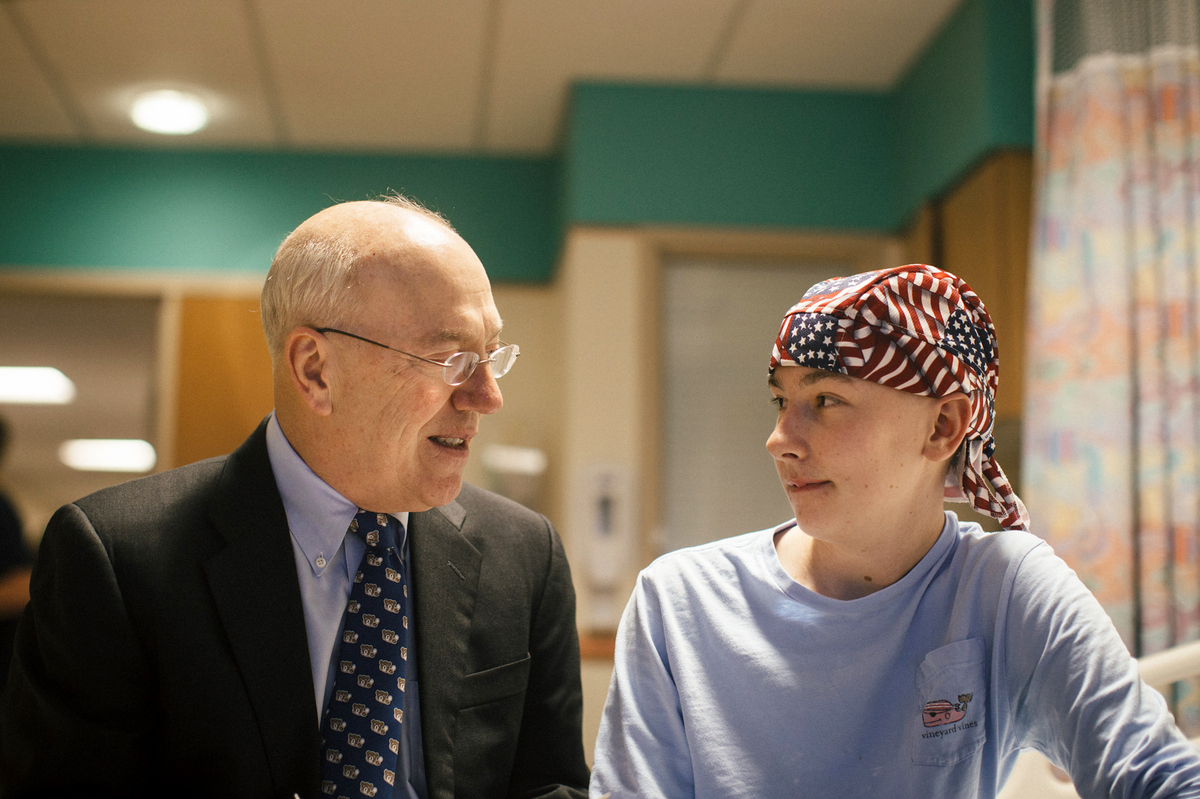 Dr. Kurt Newman visits with 14-year-old Jack Pessaud, who's undergoing treatment for a cancerous tumor in his knee at Children's National Health System in Washington, D.C.

For parents, the thought of a child being sick or hurt can be a heart-stopper. Fortunately, for those who do confront such realities, there are doctors like Kurt Newman. 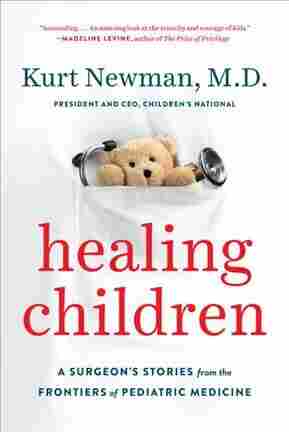 A Surgeon's Stories from the Frontiers of Pediatric Medicine

In his memoir, Healing Children: A Surgeon's Stories From The Frontiers Of Pediatric Medicine, he argues that children are not just smaller, softer adults, and that the differences matter for their treatment.

Medically speaking, how are children distinct from adults?

It starts with size. In some cases, you need special equipment, or you might need special medications that work differently on children. Their biology is different. They're more resilient. They bounce back. They heal better.

And then there's a whole idea about development — for example, the developing brain. You have to think about how that brain is now, and how it's going to develop, and what should we do now so that we maximize the potential for that child.

When you think about a child, they need protection. They're not fully formed or fully mature. Their organs are not what they're going to be. But at the same time, that immaturity allows so much bounce back and so much healing and so much ability. So you have to take both those things into mind as you take care of a child.

What changes do you want to see in health care for children?

Over half of the children we take care of are on Medicaid. And as I look at the debates in Congress and in Washington, I worry because I'm not sure that children are enough of a national priority for us.

I would really prioritize how we care for children. I'd make sure that we're training more doctors [and] more nurses that are specialized in pediatric care. I'd do more research into the causes of some of the diseases that we take care of, to try to prevent them or diagnose them early. I'd put a lot more into mental and behavioral health. Over 20 percent of the kids have some sort of mental health or behavioral health issues. And I'd probably build a few more children's hospitals. 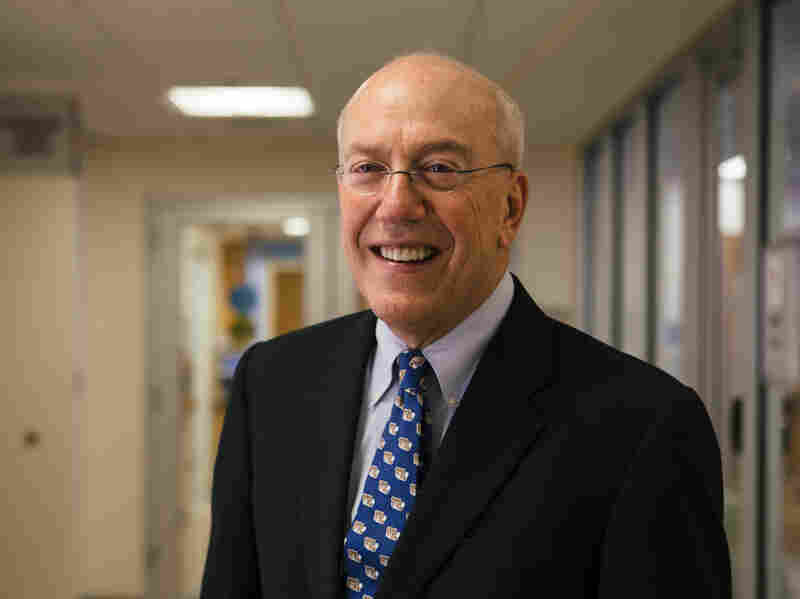 Before becoming president and CEO of Children's National, Newman was a surgeon at the hospital. Meredith Rizzo/NPR hide caption 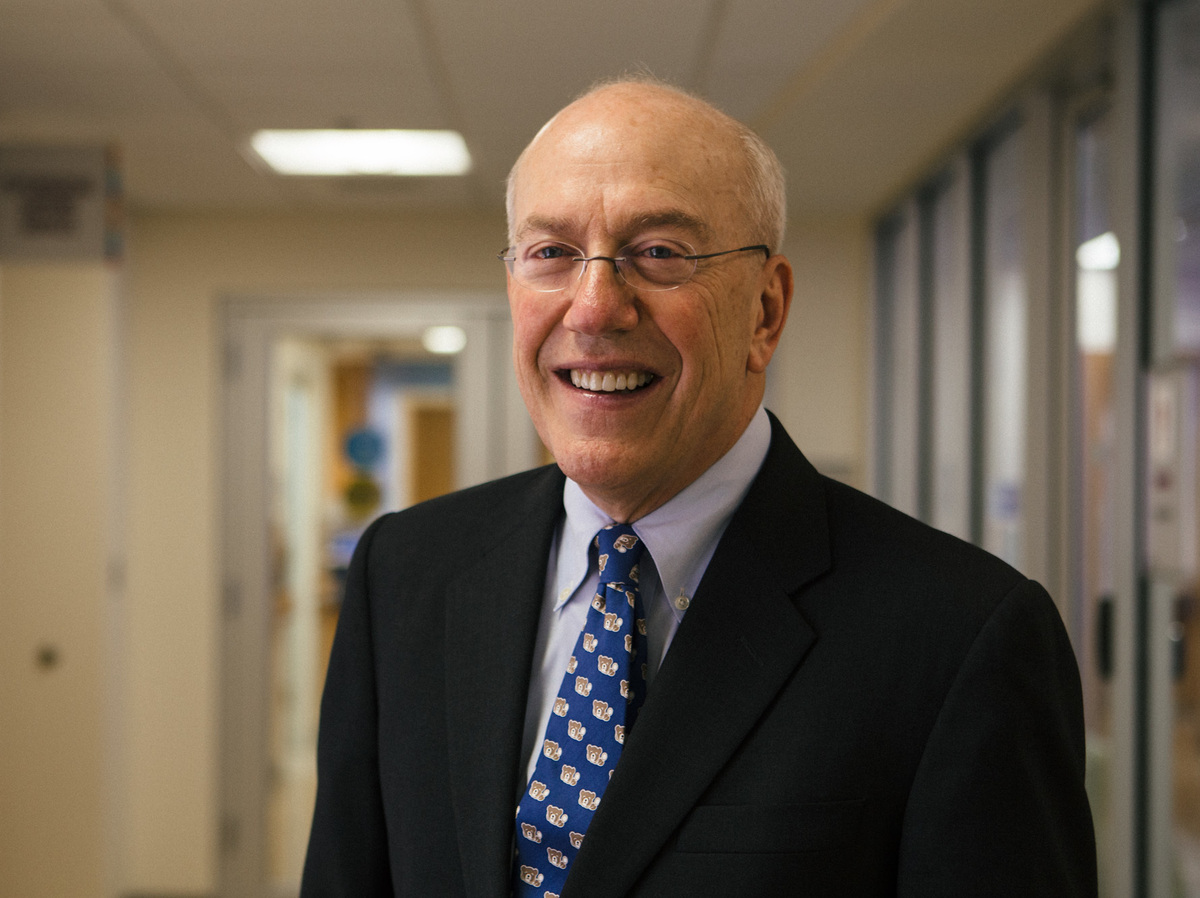 Before becoming president and CEO of Children's National, Newman was a surgeon at the hospital.

I want to empower parents with this book to understand what I know — the special value of children's hospitals and pediatric specialists.

Over the years, there must be patients you haven't been able to help.

That's part of the inspiration of the job, to think about the children we couldn't do enough for. In surgery, I would try and create a professional distance, but there's one I think about all the time.

His name was Casey. We called him "the Mayor." He had this infectious gregariousness. He was always more interested in how the other patients were doing, or how I was doing. I had to operate on him a number of times. He had a bone tumor that was discovered [when] he was playing soccer.

He kept wanting to get the next surgery or get the next chemotherapy, because he had this sense that there was something more out there. I think in a way, he wanted that for other kids.

We want to do more for kids, and there are so many exciting discoveries. The frontier of pediatric medicine is so alive with new ideas and innovation. That's what drives us — kids like Casey — so we can do more.