Accessibility links
Conservative Corner Of California Pushes To Preserve Obamacare : Shots - Health News A coalition of health clinics in northeast California is asking local officials to defend the Affordable Care Act. And some are, despite the area's conservative politics. 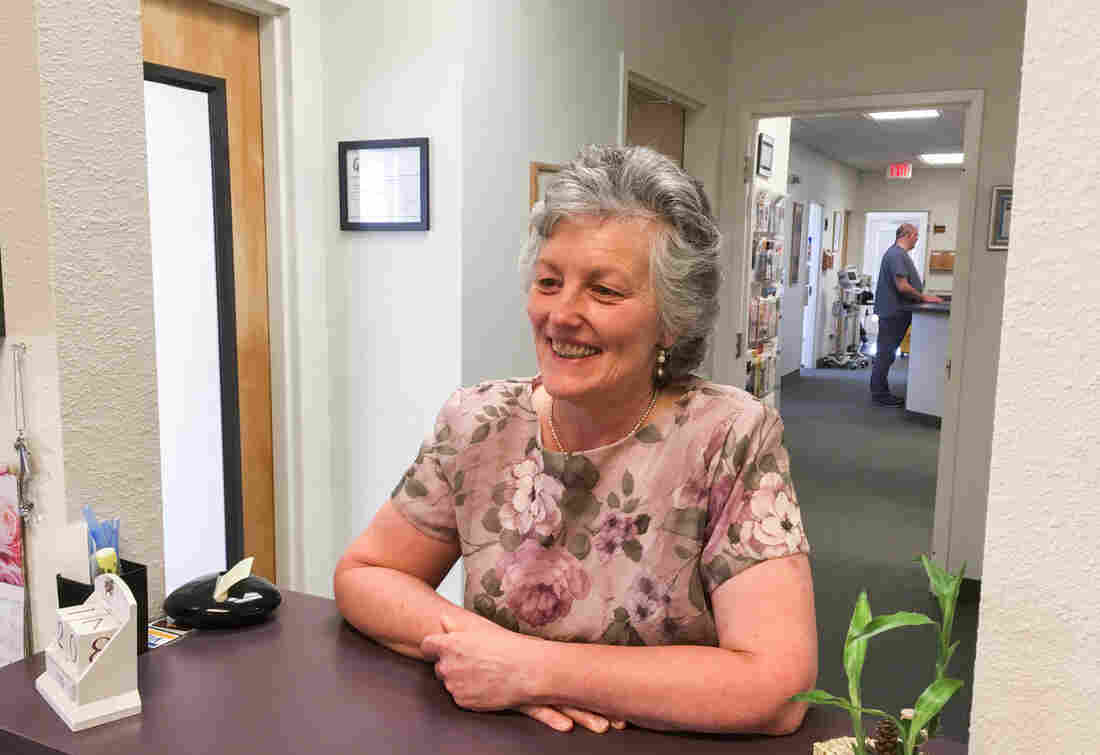 Greta Elliott, who manages a health clinic in Canby, Calif., says she didn't buy health insurance for herself because she thinks it's too expensive. April Dembosky/KQED hide caption 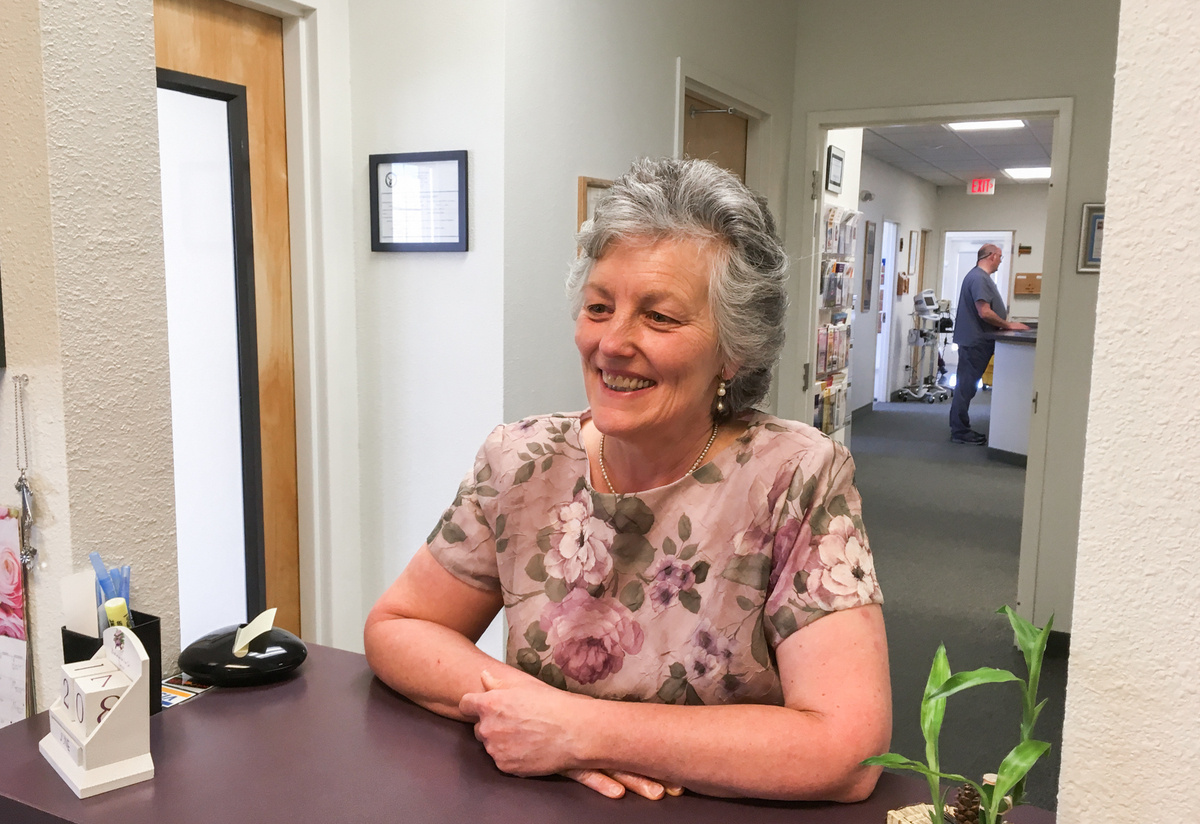 Greta Elliott, who manages a health clinic in Canby, Calif., says she didn't buy health insurance for herself because she thinks it's too expensive.

Modoc County, in the northeast corner of California, is roughly the size of Connecticut. It's so sparsely populated that the entire county has just one stoplight. The nearest Walmart is more than an hour's drive, across the Oregon border. Same with hospitals that deliver babies.

Greta Elliott runs a tiny health clinic in Canby, on the edge of the national forest. "Rural" doesn't begin to describe the area, she says. This is "the frontier."

"There are more cows in Modoc than there are people," Elliott says.

There's a frontier mentality, too. People take care of each other, and they take care of themselves. They don't like being told what to do. Being forced to buy insurance made Obamacare a dirty word.

Even Elliott, administrator of the Canby Family Practice Clinic, decided against buying coverage for herself.

"It's too expensive," she says. "I choose to put my money back into paying the bills of the whole family."

Overall, the Affordable Care Act helped 25,000 people in the upper reaches of Northern California buy plans through the state marketplace, Covered California. But the law helped three times as many people, 75,000, enroll in Medi-Cal, the state's Medicaid program that provides free health coverage for low-income residents.

"The data shows it's the rural communities that have greatly benefited from the Medicaid expansion. That's the irony," says Dean Germano, CEO of the Shasta Community Health Center. "These are places that voted much more heavily for Donald Trump."

In Modoc and Lassen counties, 70 percent of people voted for Trump in the November election. In neighboring Shasta County, Trump won 64 percent of the vote.

But now a coalition of clinics from across the northeast corner of the state is lobbying local officials to take an unpopular position in this conservative land: defend the Affordable Care Act.

And the right-leaning Shasta County Board of Supervisors took them up on it.

"We thought 'Whoa! That is really bold,' " Germano says. "I was surprised."

The board sent a letter to the local Republican representative, Doug LaMalfa, asking him to vote against the initial GOP repeal and replace bill, because it would hurt local people.

"We have an obligation to say something," says Supervisor David Kehoe. "And if it may be mildly offensive from a political standpoint for some, well, we're not going to be intimidated by politics."

But LaMalfa still voted in favor of dismantling Obamacare.

LaMalfa didn't return calls and emails for this story. But in May, he told KQED that skyrocketing premiums were the main driver behind his vote.

"Unfortunately, the reality is that too many young and healthy individuals are deciding they'd rather pay the penalty than sign up for care, citing financial barriers and lack of choice," he said in a statement. "A 28-year-old making $45,000 a year with no major health concerns is not going to pay upwards of $400 a month for a plan that does not even work for them."

When clinic representatives met with LaMalfa's staffers, they were told the congressman's office was flooded with calls like that.

But people with Medi-Cal didn't call to say how much they appreciate that program. In fact, at first clinics struggled getting people to sign up for Medi-Cal.

"They feel like it's a handout and they're too proud, they don't want to," says Carol Morris, an enrollment counselor for the Mountain Valleys Health Centers in Shasta County.

One way clinic workers get around the stigma is to avoid calling it Medi-Cal. Instead, they promote the name of the insurer that manages the Medi-Cal contract in that region. People get a card for "Partnership Health Plan" and may not realize they're actually covered by a government program. 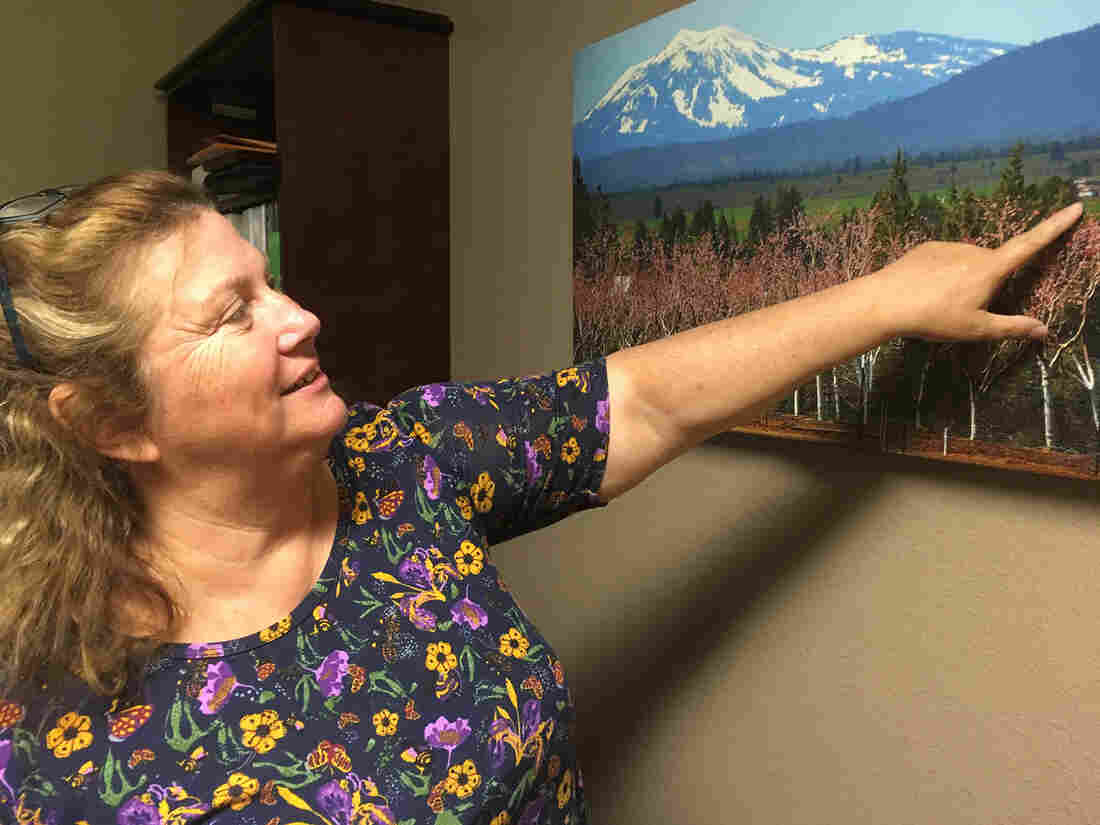 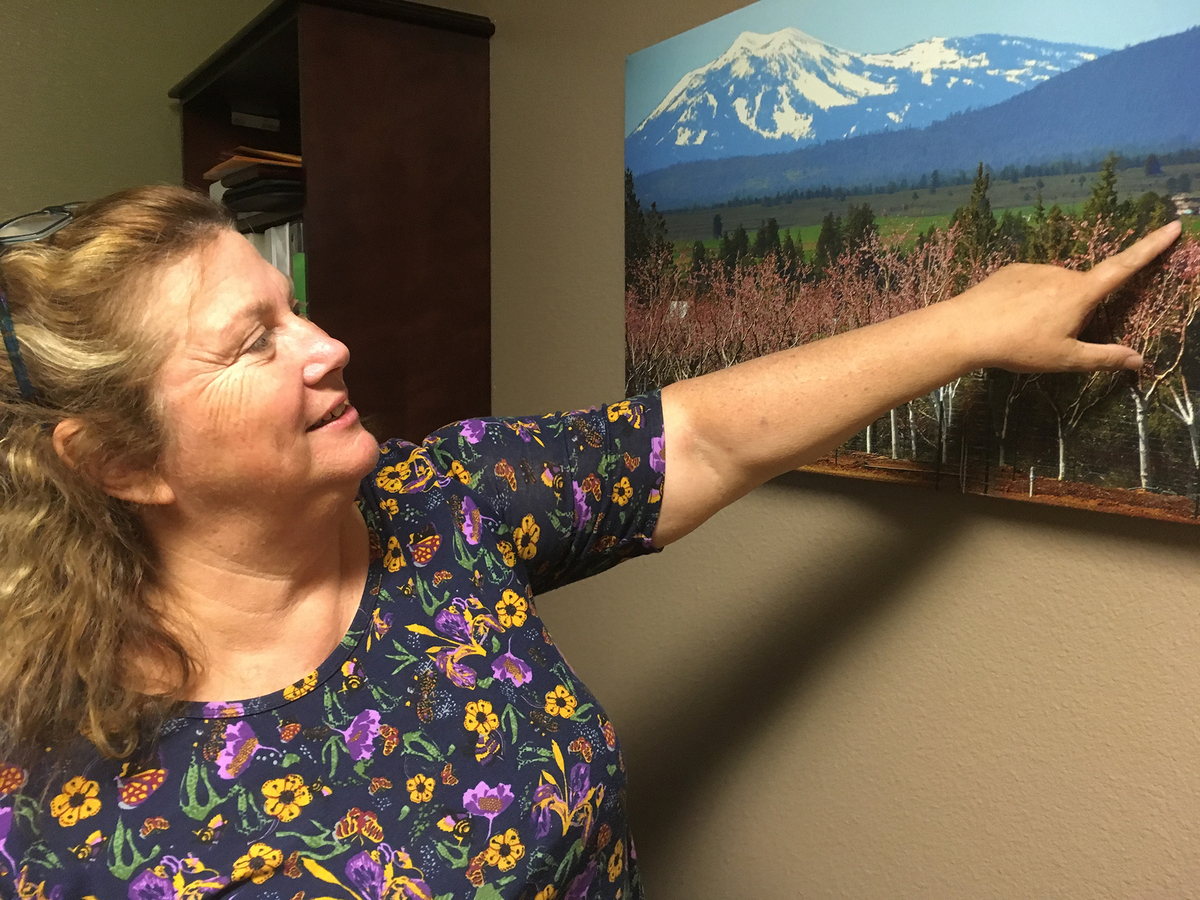 Carol Morris, an enrollment counselor for health clinics in Shasta County, says many patients don't want to admit they qualify for Medicaid.

"It feels like it's more of an insurance," Morris says. "It's like a laminated, wallet-sized card that's got your numbers on it. It just looks exactly like an insurance card."

One patient at the Mountain Valleys clinic in Bieber, Kay Roope, 64, knew she had Medi-Cal, and she liked it.

Now she has a subsidized commercial plan through Covered California with modest premiums and copays, and she likes that, too.

But when asked what she thinks of Obamacare overall, she says she doesn't like it.

"Because of Obama himself," she says with a laugh. "I rest my case."

The confusion and the contradictions are common among patients, explains Morris, the enrollment counselor.

"People just don't understand the different names," she says. "But of course, it's the same thing."

Morris has seen the difference the Affordable Care Act has made for people in the region. She has seen patients get treatment for diabetes and breast cancer, or get knee surgery that they otherwise wouldn't have gotten.

Those patients won't fight for Obamacare, Morris says, so that's why the clinics have to.