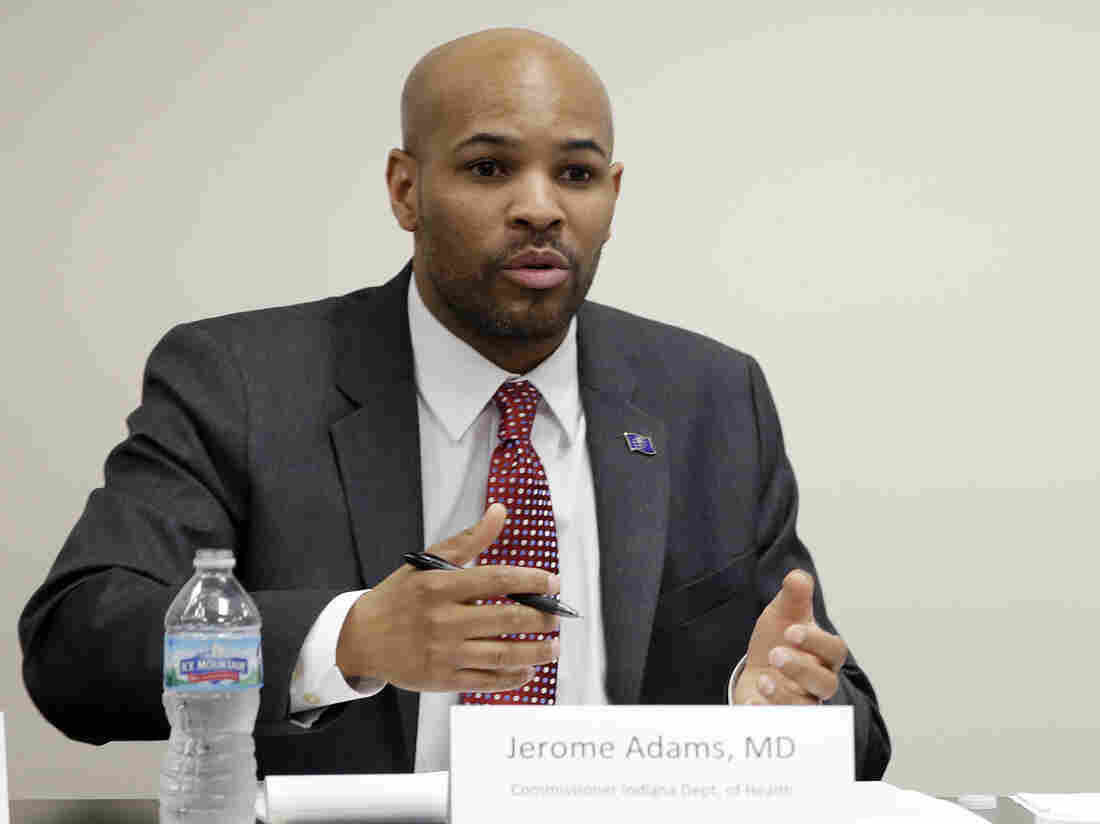 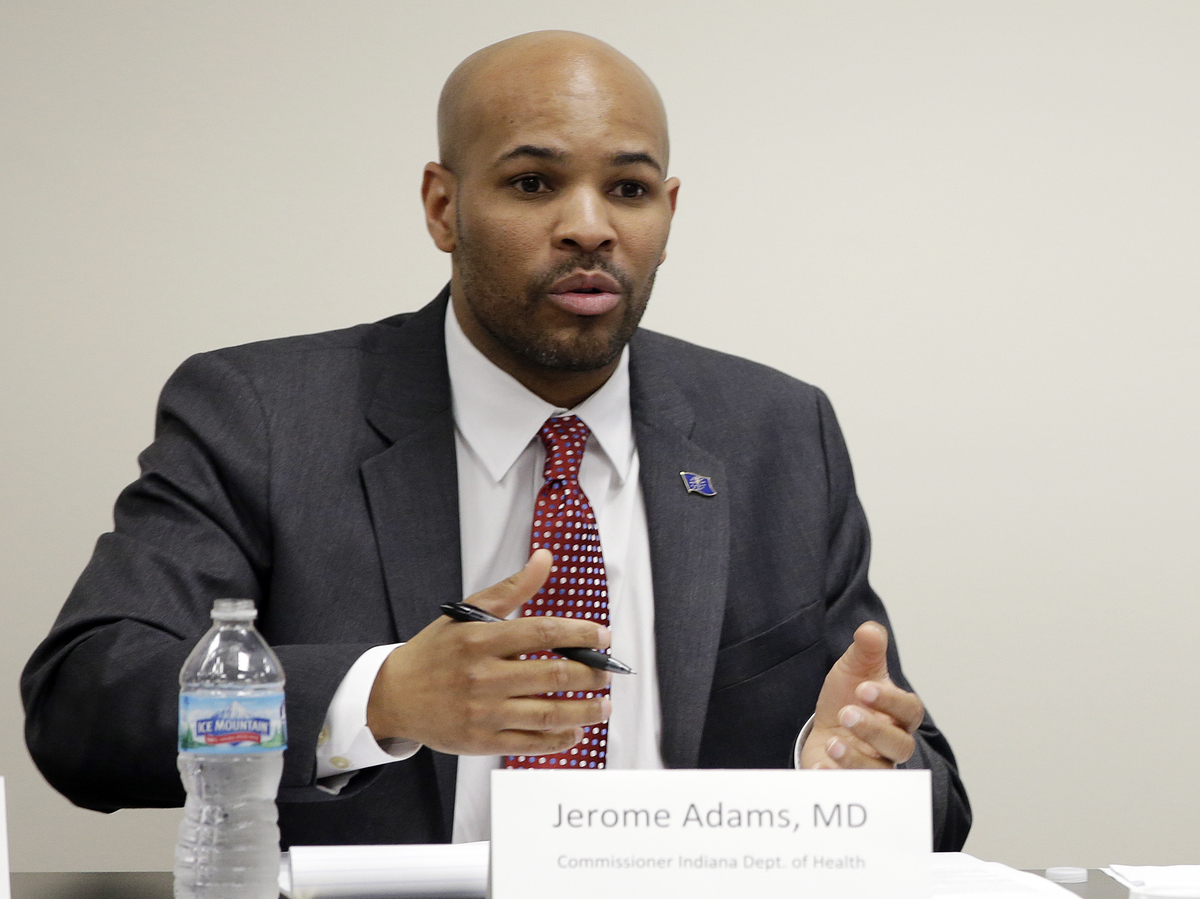 Several weeks before President Trump nominated Indiana's state health commissioner Jerome Adams to be the next U.S. Surgeon General, Adams toured the Salvation Army Harbor Light detox center in Indianapolis, Ind., the only treatment facility in the state for people without insurance.

His supporters say the visit is an example of how he's prioritized the opioid epidemic during his tenure as Indiana's top health official. Addiction specialists and advocates say he's led important progress in implementing lifesaving policies. They believe that if confirmed, Adams would use his on-the-ground experience to guide national policy.

"I believe that Dr. Adams understands the value of community grassroots efforts, that they should be included at the table with decision makers," says Justin Phillips, founder of the prevention-focused group Overdose Lifeline, who toured the detox center with Adams. "They need to understand what's realistic in the field."

A practicing anesthesiologist, Adams was appointed Indiana Health Commissioner by then-Gov. Mike Pence in October 2014. Four months into the job, he announced an HIV outbreak in rural Scott County, Ind., after health workers documented 26 cases of HIV there. By May 2015, the number of confirmed infections had risen to 158, spread almost entirely through injection drug use. 88 percent of them also tested positive for hepatitis C. Today, the number of confirmed HIV cases has reached 219.

Health workers credit Adams with persuading Pence to allow Indiana counties to create syringe exchanges to contain the spread of the disease. "We wouldn't have syringe exchange if it wasn't for him," says Carrie Lawrence, a public health researcher at Indiana University who helps implement syringe exchange programs throughout the state.

Pence had expressed moral reservations about syringe exchanges — a sentiment that Adams told the New York Times he originally shared. But in March 2015, the governor acted on advice from Adams and the Centers for Disease Control and Prevention and authorized a 30-day emergency syringe exchange, citing a public health emergency. Later that spring, Pence signed a law legalizing syringe exchanges in Indiana.

Beth Meyerson, co-director of Indiana University's Rural Center for AIDS/STD Prevention, worked closely with Adams throughout that period. She says early on, when it became clear to legislators that a clean syringe exchange program was needed to reduce the spread of HIV and hepatitis C, Adams was able to bring public health evidence to the table.

"Dr. Adams navigated the very ideological political environment that was created by then-Gov. Pence," she says. "There's just no doubt the governor wouldn't have listened to me or listened to the leaders in the legislature, but he would listen to Jerome Adams."

She thinks Adams will have sway working with Vice President Pence on a national scale, too. "He will navigate [Washington], I suspect, the same way that he did in Indiana, which is to listen to communities, work with several partners across the arena, and bring public health evidence to the table again as an advocate for community health," Meyerson says.

Adams has since supported other state laws aimed at curbing the opioid epidemic, including a bill that increased access to the overdose antidote naloxone, and another that restricts the amount of opioid medication a prescriber may give to adult patients who have not previously taken opioids and to children.

Still, Meyerson says expectations about what Adams might do in Washington have to be tempered by political reality. Even in Indiana, the laws he helped pass haven't been as comprehensive as she and other public health workers would have liked. The original syringe exchange law "was an administrative nightmare," she says. It has since been updated by Indiana Gov. Eric Holcomb, making it easier for counties to start exchanges.

Funding also remains an issue. Indiana ranks 49th in the country in public health spending. "So all of these counties who have tried to move forward for syringe access are doing so with both hand tied behind their backs, because they do not have the resources to make this happen," Meyerson says.

If confirmed by the Senate, Adams would be the second health official from Pence's home state to join the Trump administration. Seema Verma, who helped shape Indiana's Medicaid expansion, now heads the Centers for Medicare and Medicaid Services.

This story was produced by Side Effects Public Media, a news collaborative covering public health.