Accessibility links
Three Key Questions About The Tax Cuts In The GOP Health Bills : Shots - Health News The GOP health bills would eliminate many of the taxes that help pay for coverage under the Affordable Care Act. Wealthy individuals stand to gain the most. And customers of tanning salons.

Who Would Enjoy Tax Breaks Under The GOP Health Care Proposals?

Who Would Enjoy Tax Breaks Under The GOP Health Care Proposals? 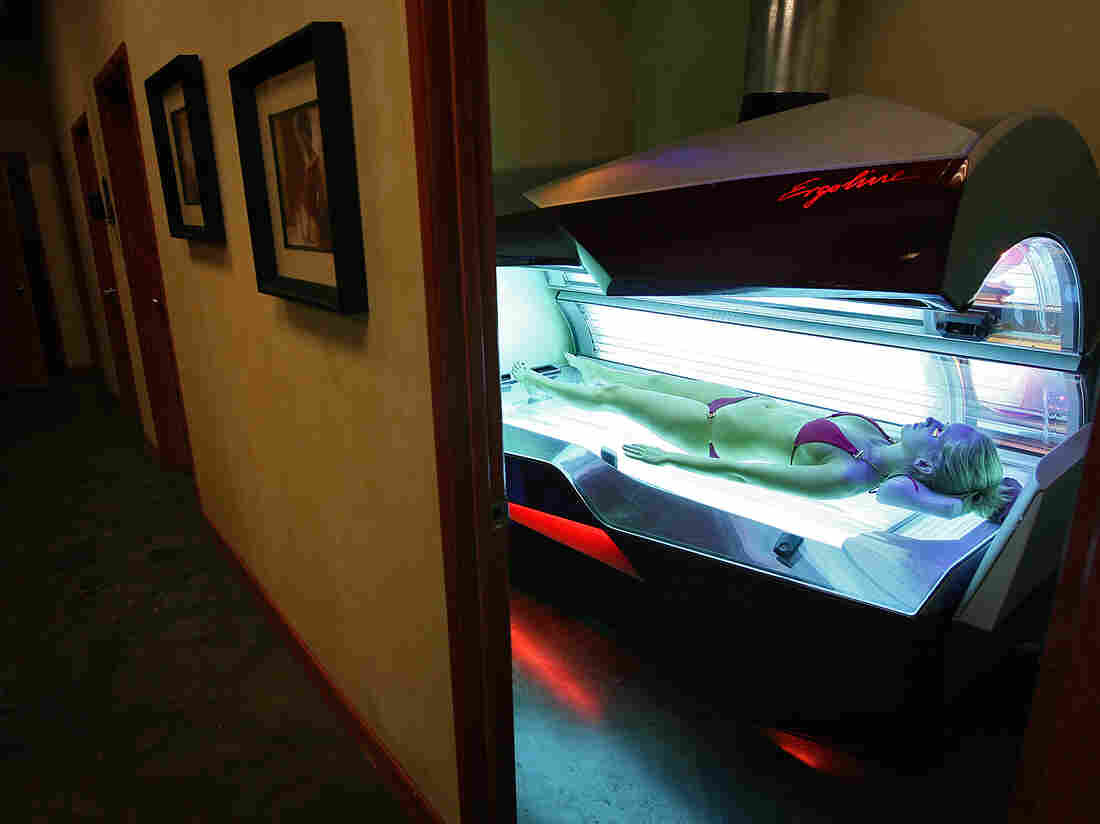 The GOP health bills would eliminate the 10 percent tax on the use of tanning beds. It was one of more than a dozen taxes introduced as part of the Affordable Care Act. Robert Gauthier/LA Times via Getty Images hide caption 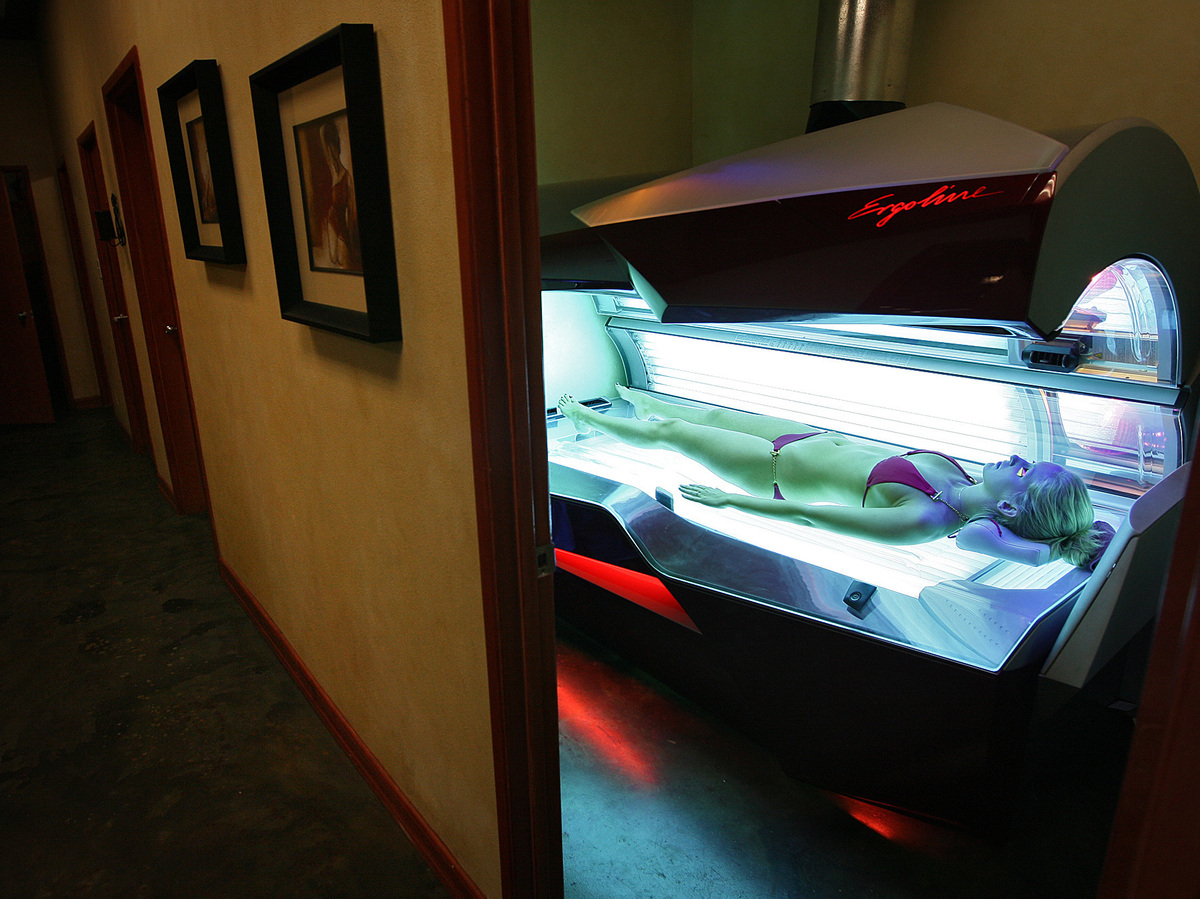 The GOP health bills would eliminate the 10 percent tax on the use of tanning beds. It was one of more than a dozen taxes introduced as part of the Affordable Care Act.

There's a lot of talk on Capitol Hill about the tax cuts included in the Republican health plans, but unless you are a frequent user of tanning beds or have personal wealth that puts you in the top 1 percent, you might not feel much effect.

The House and Senate bills both change or eliminate more than a dozen taxes that were levied to help pay for the Affordable Care Act's insurance subsidies and to bolster Medicare and expand Medicaid. Republicans and other ACA critics have argued that the taxes are onerous for businesses and families.

The Congressional Budget Office estimates that the tax cuts and coverage changes in the Senate proposal would reduce the federal government's revenue by $700 billion over the next 10 years.

1. Which taxes are targeted for repeal?

Most of them fall into two buckets.

As Senate leaders consider revisions to their bill, some senators — including Republican Bob Corker of Tennessee — have suggested leaving the investment tax in place to provide more money for subsidies, but others have objected to that idea. This would be a major divergence from the House-passed bill.

Still, if both of those taxes in the ACA were repealed, high-income Americans would collectively pay about $231 billion less in taxes over 10 years, according to the CBO analysis.

Since the passage of the ACA, drug companies and medical device manufacturers have complained that the taxes levied on them have a chilling effect on innovation and affect their ability to hire more workers. They also argue that costs are passed along to consumers in the form of higher prices.

Under the Senate plan, drug companies would see an estimated $25.7 billion cut over 10 years, while medical device makers would get about $19.6 billion in savings. Some of the cuts would start as early as this calendar year.

In both bills, there's also relief for insurers. The GOP plans would eliminate a tax on all insurers based on their market share. Congress waived the tax this year, hoping the one-time move would help slow premium increases. The CBO analysis of the Senate bill found a permanent cut would save the industry $144.7 billion over the next decade.

Other taxes outside the buckets

Smaller but not insignificant cuts come from eliminating other taxes, including a limit — $2,600 this year — on how much workers can annually set aside tax-free in flexible spending accounts to pay for things like medications, eyeglasses or co-payments for doctor's office visits. The plans would also increase the amount people could put in tax-protected health savings accounts. The Senate proposal would also revert tax law back to pre-ACA days in setting the threshold for medical deductions at 7.5 percent of adjusted gross income; the ACA had boosted that to 10 percent. The House approach is even more generous.

And not to be forgotten: The GOP plans would delete a 10 percent tax on the use of tanning beds.

2. Am I going to get a large tax break from this?

The short answer: Unless you're wealthy, probably not.

The ACA significantly increased average taxes on high-income people mainly through the investment income tax and the Medicare payroll tax. So the top 1 percent and other high earners are the group that would benefit most from the repeal, according to several analyses, including one by the Tax Policy Center, a nonpartisan think tank in Washington, D.C.

Those earning about $28,000 or less could save an average of $180 a year through the changes to limits on FSA and HSA contributions and the threshold on medical deductions, he says.

3. How will the federal government offset the loss of tax revenue, and what will that mean for insurance or other programs?

Even though the tax cuts and other changes would reduce Treasury revenue by about $700 billion over the next decade, spending cuts exceed that amount, so the deficit actually goes down by $321 billion, the CBO says.

The biggest spending cuts hit the Medicaid program, which provides health coverage for low-income children and adults and people with disabilities. Medicaid pays for nearly half of all births and much of the cost of nursing home care. Spending on Medicaid by 2026 would shrink by 26 percent compared with what it would be under the ACA.

As to other effects, the number of Americans without health insurance coverage would rise, the CBO says. Because the GOP proposals cut the tax penalty for not having insurance, it estimates that far fewer people would enroll in coverage. That, coupled with smaller subsidies to help lower- and middle-income people buy their own insurance and cuts to Medicaid, could lead to 22 million fewer insured Americans by 2026, the CBO says.

States could choose to try to make up for federal Medicaid spending cuts and maintain current levels of coverage, but that would probably involve raising state taxes, cutting other budget items such as education, or both.