Accessibility links
A Birth Control App Gets Certified : Shots - Health News For the first time, a medically approved birth control app has been certified as a method of contraception. It relies on math, an algorithm and a woman's body temperature to determine fertility. 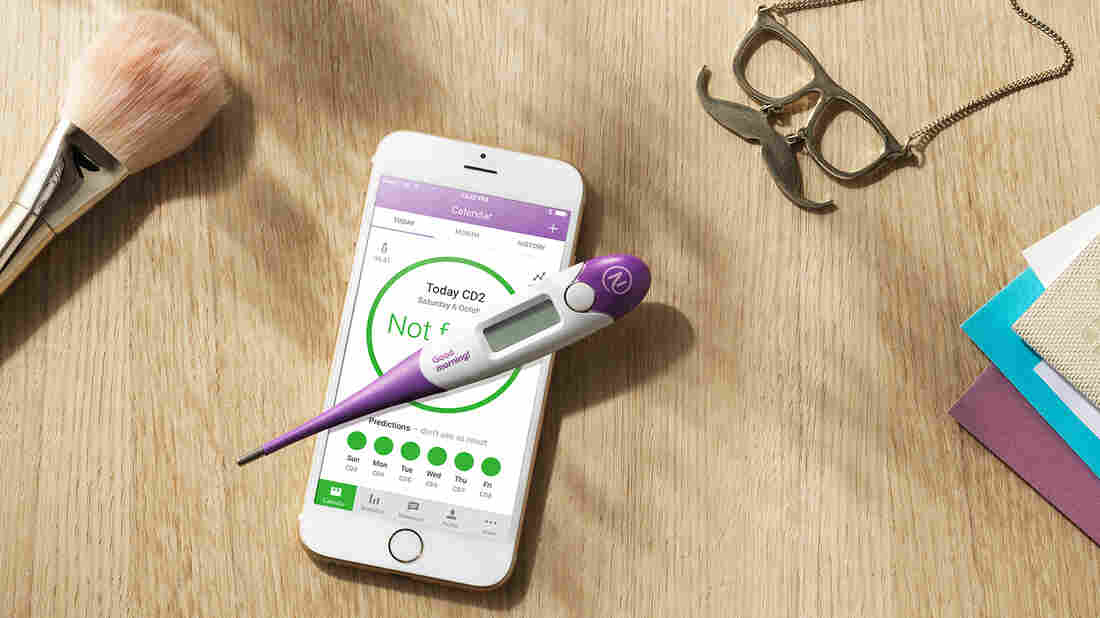 The Natural Cycles app was designed by a particle physicist and launched in 2014. It's now been certified as a method of birth control in the E.U. Courtesy of Natural Cycles hide caption 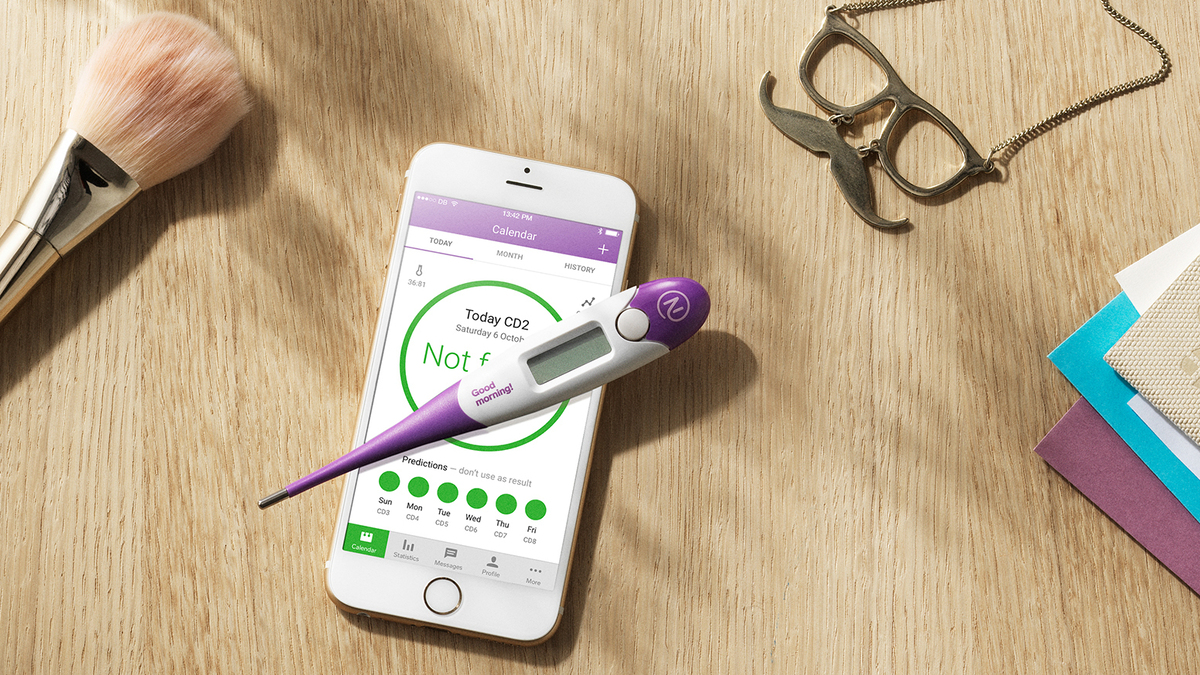 The Natural Cycles app was designed by a particle physicist and launched in 2014. It's now been certified as a method of birth control in the E.U.

There are more than a dozen medically approved methods of birth control, including condoms, the pill and implants.

Now for the first time, a cell phone app has been certified as a method of birth control in the European Union.

Its creator, Elina Berglund, is a particle physicist who was part of the team that won the Nobel Prize in Physics in 2013. Not long after she helped discover the elusive subatomic particle known as the Higgs boson, she left her job and went searching for answers to a different mystery: how to create an app to prevent pregnancy.

Berglund had relied on a hormonal birth control implant for ten years, but she and her husband were thinking about having kids and wanted a natural way to avoid pregnancy. None of the existing apps met her standards, so the couple used math to create one. She says programming the app wasn't that different from particle physics.

"Instead of looking for the Higgs particle, you're looking at women's temperatures and fertility data, which is a lot of fun," she says. 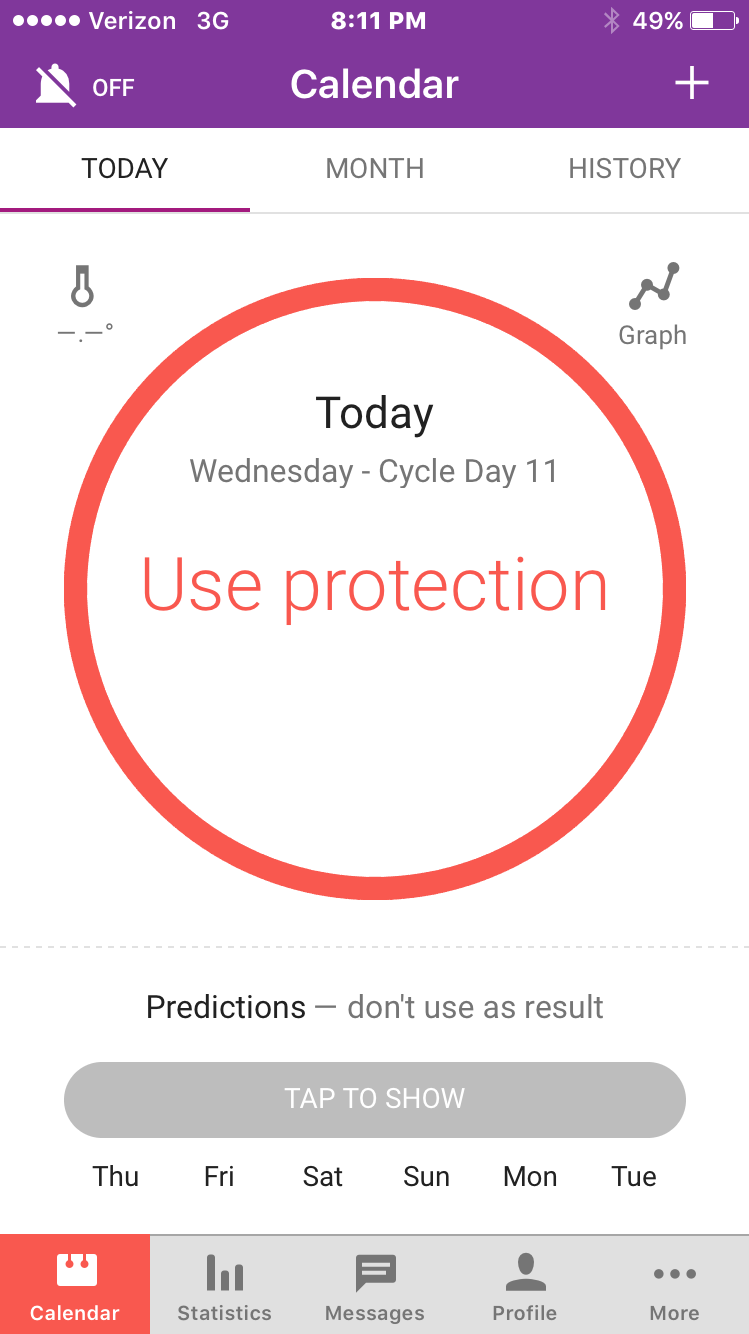 Berglund and her husband launched the app, Natural Cycles, in Sweden in 2014. It relies on a woman's recorded daily temperature — taken with a highly accurate thermometer — and details about menstruation to determine fertility. On days where the risk of pregnancy is high, a red light indicates you should avoid intercourse or use protection to prevent pregnancy. A green light means the risk of pregnancy is low.

"We've just had to use initially paper calendars, and then calendars on our phones, and ultimately now specific apps that can help us do that."

Castaño says, in general, menstrual cycle tracking apps are popular. There are more than a thousand to choose from, and women download them for different reasons.

"It could be you just want to know when is my next period going to come, and is that going to coincide with my vacation, or can I use it to help avoid pregnancy or plan for a pregnancy," Castaño says.

The Natural Cycles app stands out because it is the world's first to get approval by a European health agency as a contraceptive. In a clinical study of 4,000 women who used the app — along with a very sensitive thermometer called a basal body thermometer — the results were much better than traditional fertility-based awareness methods. Only seven out of 100 women got pregnant compared to about 24 out of 100 using the rhythm or calendar method.

It's still significantly less effective than other forms of birth control.

"You could argue that the app may be comparable to someone who may not be taking the pill very consistently or accurately," says Dr. Ellen Wilson, an OB-GYN at the University of Texas Southwestern. "But if you take the pill on a regular basis and don't miss any, I don't think you're going to have a natural family planning method that is going to compare."

Dr. Castaño points out some women want a natural alternative.

"So it's great for them to have something that they can use that's based on some sound medical evidence," she says. "Very few apps even have that."

Natural Cycles has more than 300,000 users. It costs about $10 dollars per month, although most users pay yearly at a lower rate that includes a basal body thermometer.

There are no ads, and Berglund says personal data isn't shared with any third parties. So far, most of the women who have signed up live in Northern Europe, but Berglund has her eyes on the U.S.

She says the goal isn't to replace other forms of birth control, but to provide a more accurate, mathematical update to an ancient option.