Accessibility links
Opioid Treatment Fund In GOP Bill Would Leave Many Untreated : Shots - Health News A Senate proposal to repeal Obamacare includes $45 billion to treat opioid addiction. But it wouldn't make up for deep cuts to Medicaid in that same bill that has funded much of that treatment. 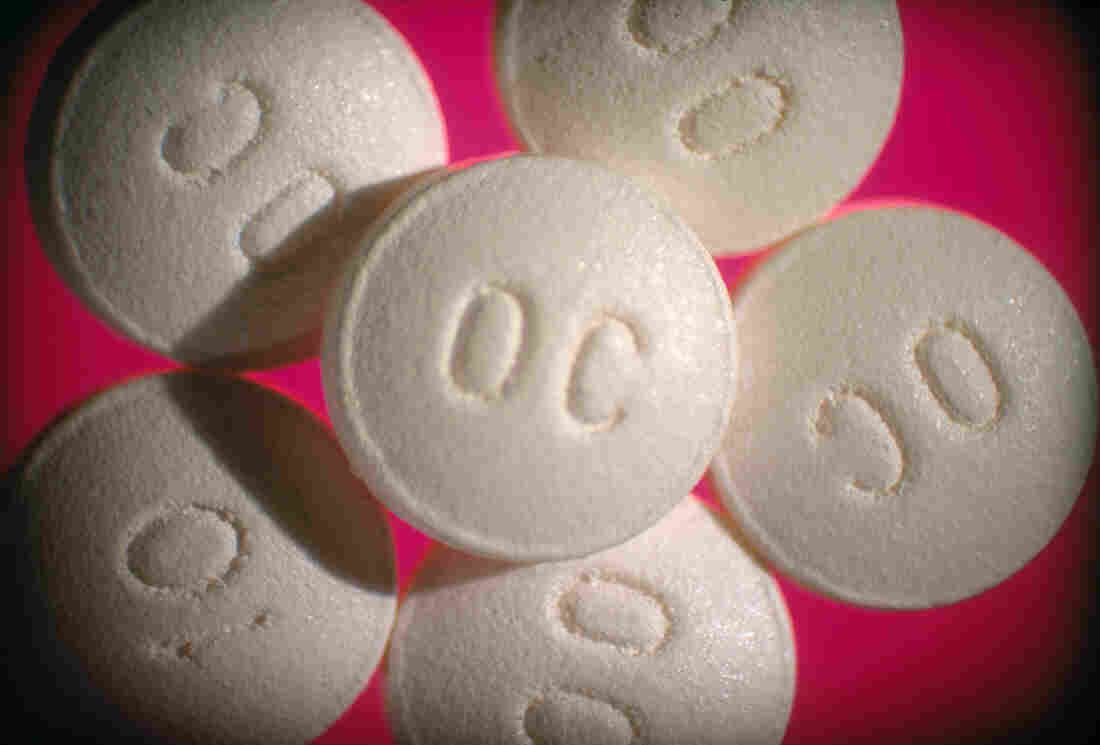 The morphine-like pain killer Oxycontin is just one of a number of opioids fueling a substance use crisis in the U.S. federal health officials say. And successful treatment for the substance use disorder can be costly. Leonard Lessin/Getty Images/Science Source hide caption 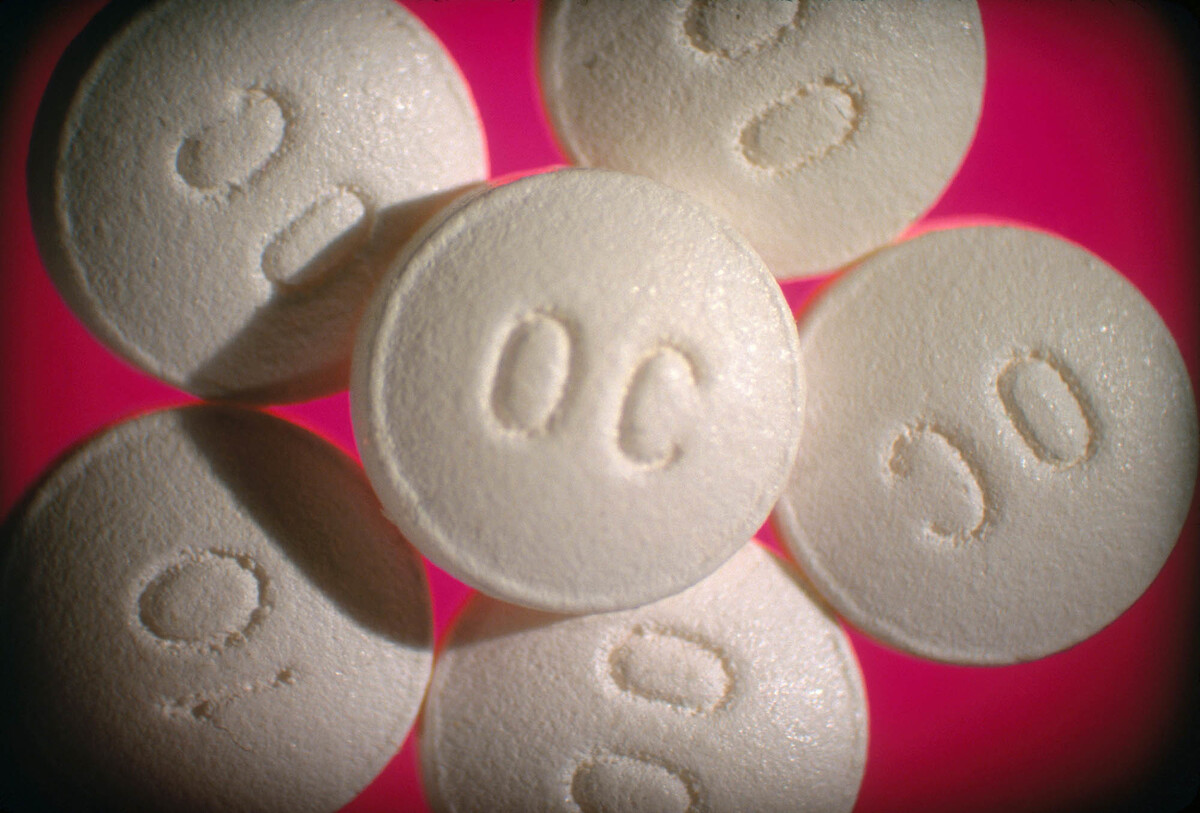 The morphine-like pain killer Oxycontin is just one of a number of opioids fueling a substance use crisis in the U.S. federal health officials say. And successful treatment for the substance use disorder can be costly.

At a lunch on Wednesday, President Trump tried to persuade some reluctant senators to endorse repealing the Affordable Care Act. During the meeting, he mentioned a provision in the Senate Republican proposal that allocates funding for opioid treatment, saying, "We're committing $45 billion to help combat the opioid epidemic, and some states in particular like that."

But addiction treatment specialists warn that sum of money is far from enough to address a crisis that has escalated across the United States in recent years, killing tens of thousands of people.

The federal money would be spent over about a decade, and is part of a bill that also dramatically cuts Medicaid, which is helping many people get treatment now. Those cuts will hit people in some states especially hard – those living in states that expanded the Medicaid program under the Affordable Act.

"You're going to take a lot of people, take away their health care benefit, and basically do just a small grant to each state. It's going to be real big problem," says Richard Edley, executive director of the Rehabilitation and Community Providers Association, which includes hundreds of mental health and substance use disorder providers in Pennsylvania. "You hate to say you're opposing [$45 billion], but it's packaged with a rollback of benefits to these same individuals."

In Pennsylvania in 2016, Medicaid expansion helped 124,000 people get treatment for their substance use disorder. Democratic Gov. Tom Wolf has said his state won't be able to maintain Medicaid expansion if the federal government cuts back its share of spending. Without the program, many of those people would have limited access to help for their addiction.

Edley did some back-of-the-envelope math, and is really concerned at what he found.

If $45 billion is distributed to all 50 states by population, Pennsylvania would get about $1.8 billion, spread out over nine years. Depending on other variables, that could range from somewhere between $1,000 to $2,000 per person per year who might need treatment, based on how many people got treatment under expanded Medicaid in Pennsylvania last year.

By contrast, one year of maintenance treatment with methadone costs about $4,700 per year, according to the National Institute on Drug Abuse. Methadone is an evidence-based treatment that makes it possible for a person with opioid addiction to work and lead a normal life.

But the cuts to Medicaid would amount to billions of lost dollars in Pennsylvania.

The state says it can't make up the difference. So, many of the people who get opioid treatment through Medicaid could lose coverage and then turn to the grant that's specifically meant for opioid treatment.

And, like any chronic disease, opioid treatment takes many steps — medication and, perhaps, a lifetime of management.

"Your typical individual doesn't get treatment right in 10 days on their first try," says Jennifer Smith, Pennsylvania's acting secretary for the Department of Drug and Alcohol Programs.

Every day in Pennsylvania an average of 13 people die from a drug overdose.

And there also would be ripple effects from that drop in funding, Smith says — grandparents taking care of grandkids, bankruptcies because of treatment costs, and more work for each county's department of children and youth services. Smith also worries that less treatment would mean more people would be desperate to support their habit.

"And they end up with a criminal record," she says. "Nobody wants to hire them."

So they drop out of the workforce.

Experts like Smith and Edley are concerned that if the federal government pulls back spending on Medicaid, the costs simply will be shifted somewhere else.

"You stop funding for [treatment and] they don't go away" says Edley. "People end up in emergency rooms. They end up in uncompensated care, homelessness. You talk to people in the criminal justice system — you see increased incarcerations."

He expects that if the Senate GOP health bill is approved, lawmakers will have to come back to this issue in six months or a year.

"They're going to be back at the drawing board," Edley says, "realizing, 'All right, that didn't work, and there are too many people being hurt.' "

Edley and Deb Shoemaker, executive director of the Pennsylvania Psychiatric Society, also see a double standard with how the Senate GOP bill treats people who have a substance use disorder.

Shoemaker is very active on substance use issues in Pennsylvania, and says she often tries to personalize her pitch to lawmakers.

"So think about it that way," she says. "Yes, [treatment for substance use disorder] is a cost, but in the long run, they're healthier. They're alive."

In a written statement, Toomey has said "fighting the scourge of opioid and heroin abuse remains a top priority of mine." But his office also says current Medicaid funding is unsustainable.

An earlier version of the bill included just $2 billion in grants for substance use disorder treatment. Senate GOP leaders included the $45 billion as a concession to moderate Republicans like Sen. Rob Portman of Ohio and Sen. Shelley Moore Capito of West Virginia, who represent states that have been hit particularly hard by the crisis.

This story is part of NPR's reporting partnership with WITF's Transforming Health and Kaiser Health News.