Accessibility links
University Of Vermont To Phase Out Lectures In Med School : Shots - Health News The University of Vermont's Larner College of Medicine is planning to phase out lectures by 2019. The dean behind the effort says lectures aren't good at engaging learners. 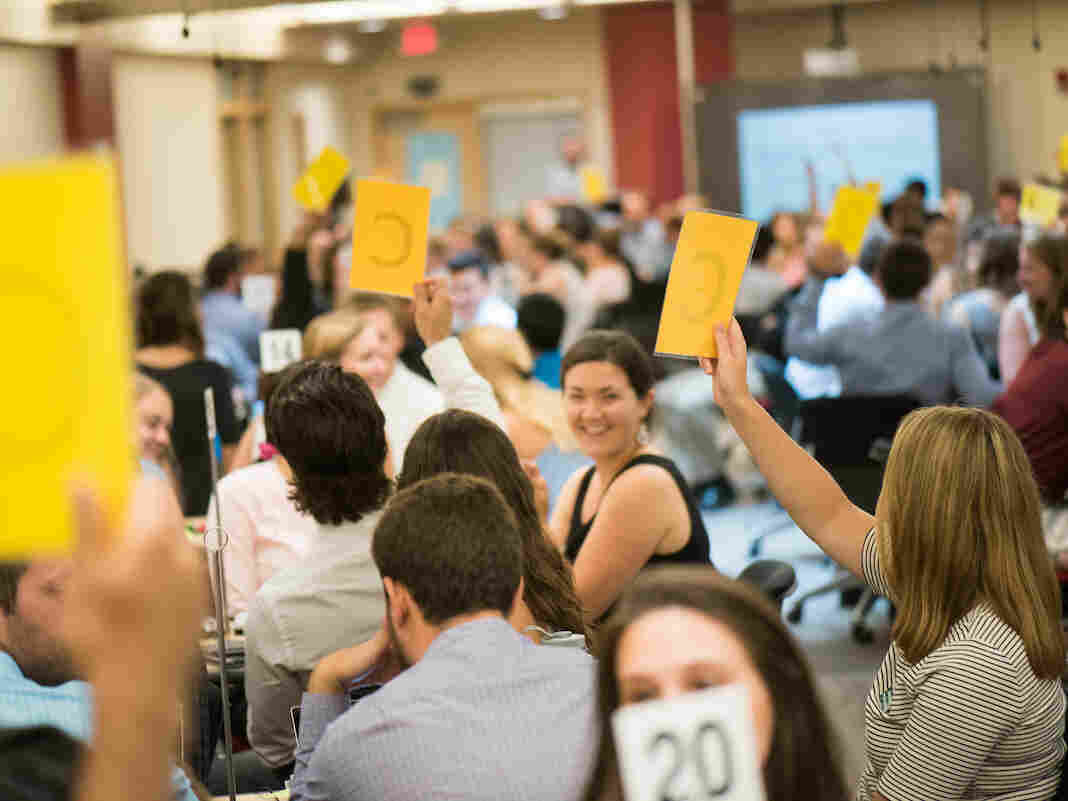 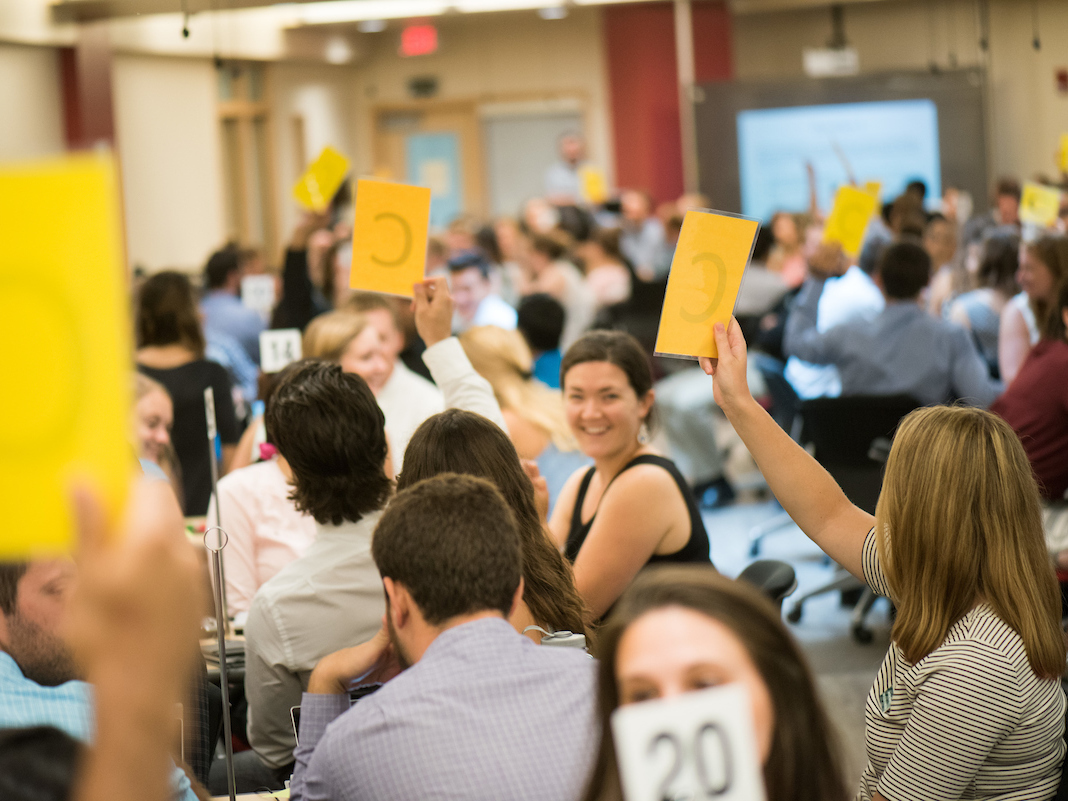 For students starting medical school, the first year can involve a lot of time in a lecture hall. There are hundreds of terms to master and pages upon pages of notes to take.

But when the new class of medical students begins at the University of Vermont's Larner College of Medicine next week, a lot of that learning won't take place with a professor at a lectern.

The school has begun to phase out lectures in favor of what's known as "active learning" and plans to be done with lectures altogether by 2019.

Ironically, the man leading the effort loves lectures. In fact, William Jeffries, a dean at the school, wrote the chapter on lectures in two prominent textbooks on medical education. But he's now convinced they're not the best way to learn.

Jeffries spoke with All Things Considered about the thinking behind this move. This interview has been edited for length and clarity.

Why are lectures bad?

Well, I wouldn't say that they're bad. The issue is that there is a lot of evidence that lectures are not the best way to accumulate the skills needed to become a scientist or a physician. We've seen much evidence in the literature, accumulated in the last decade, that shows that when you do a comparison between lectures and other methods of learning — typically called "active learning" methods — that lectures are not as efficient or not as successful in allowing students to accumulate knowledge in the same amount of time. 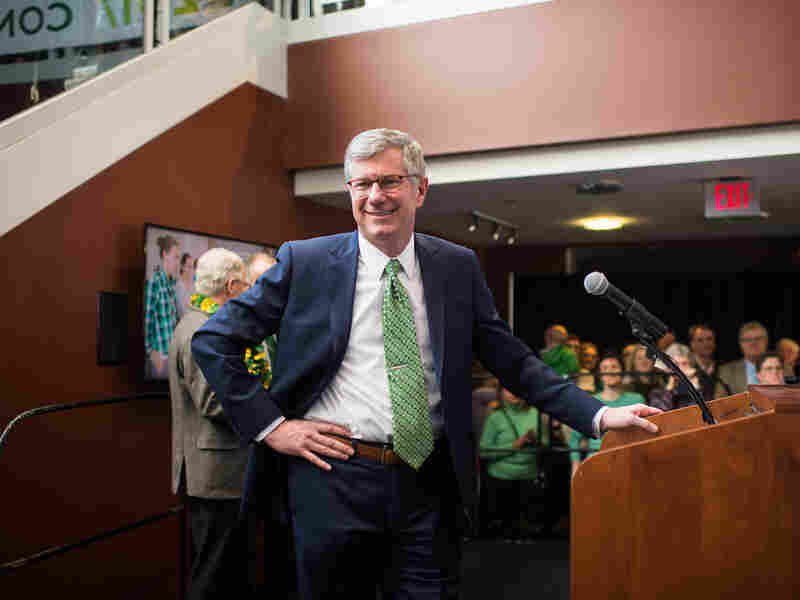 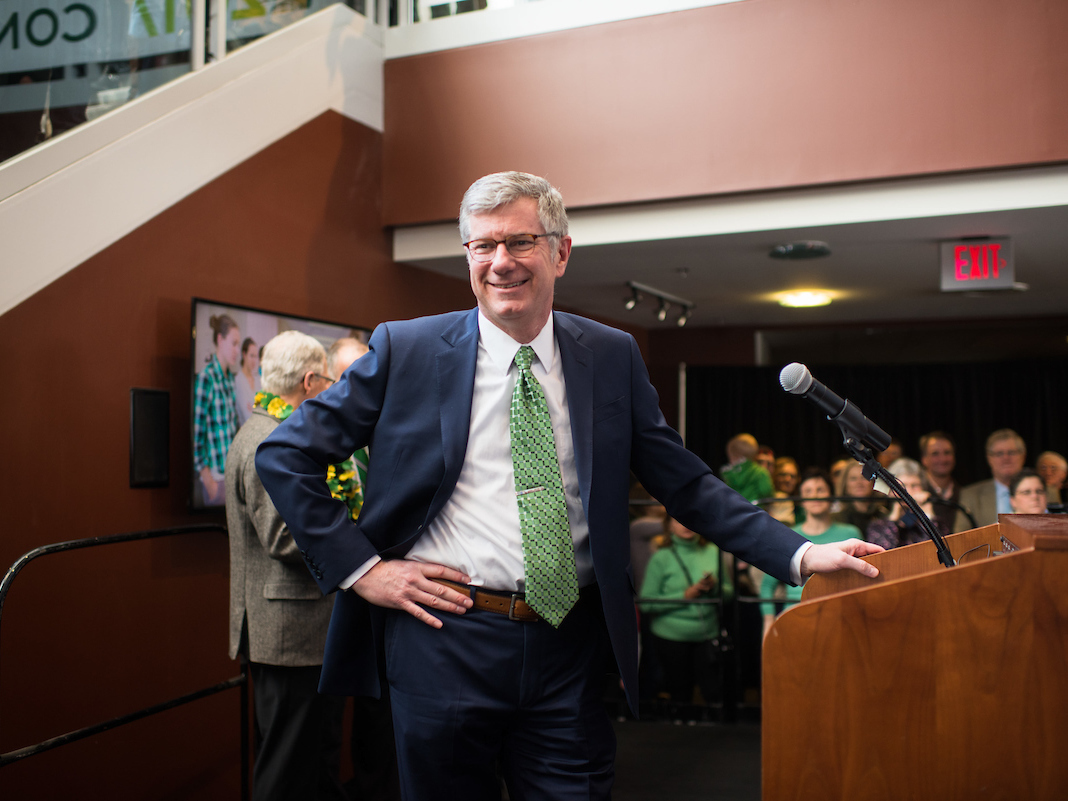 William Jeffries, a dean at the University of Vermont's Larner College of Medicine, is leading the push to end lectures for medical students.

So is it because we don't show up or because we're sleeping through lectures?

There's a lot of that, yes. It turns out that the lectures are not really good at engaging the learners in doing something. And I think that's the most important part of learning. We're finding out a lot from the neuroscience of learning that the brain needs to accumulate the information, but then also organize it and make sense of it and create an internal story that makes the knowledge make sense.

When you just tell somebody something, the chances of them remembering it diminishes over time, but if you are required to use that information, chances are you'll remember it much better.

Give us an example of a topic taught in a traditional lecture versus an "active learning" setting.

A good example would be the teaching of what we would call pharmacokinetics — the science of drug delivery. So, how does a drug get to the target organ or targeted receptor?

A lot of the science of pharmacokinetics is simply mathematical equations. If you have a lecture, it's simply presenting those equations and maybe giving examples of how they work.

In an active learning setting, you expect the students to learn about the equations before they get there. And when you get into the classroom setting, the students work in groups solving pharmacokinetic problems. Cases are presented where the patient gets a drug in a certain dose at a certain time, and you're looking at the action of that over time and the concentration of the drug in the blood.

So, those are the types of things where you're expecting the student to know the knowledge in order to use the knowledge. And then they don't forget it.

Have you had pushback to this move?

This Med School Teaches Health Policy Along With The Pills

Certainly, we've gotten some pushback, but what I tell the average clinical faculty member is: "OK, if you like doing appendectomies using an old method because you like it, and you're really good at it, but it's really not the best method for the patient, would you do it?" Of course, the answer is always no. And then you turn around and say, "Well this method of teaching is actually not as good as other methods. Would you do that?" When confronted with a question like that, medical faculty typically tend to understand and agree.

Will this be the norm at every medical school in 10 or 20 years?