Accessibility links
Cancer Doctor Studies 'Financial Toxicity' To Help Patients Struggling With Debt : Shots - Health News A decade after the death of her husband, Fumiko Chino is studying the strain that uncovered medical costs put on cancer patients, even those who have insurance. 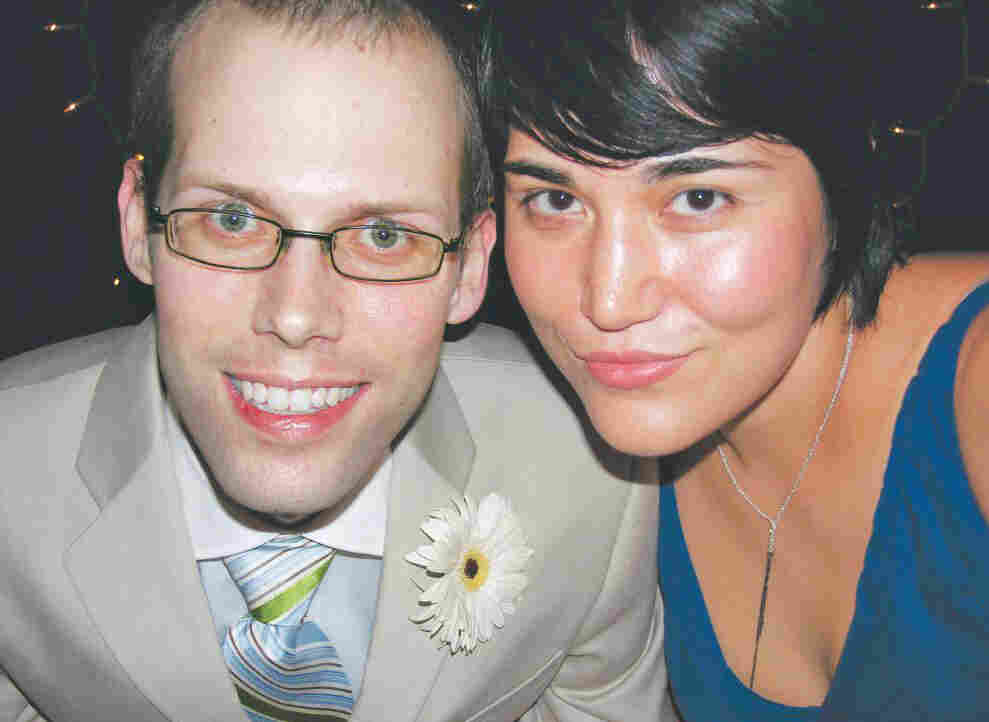 Andrew Ladd and Fumiko Chino at their wedding in 2006, after his cancer diagnosis. Ladd died the following year, leaving behind hundreds of thousands of dollars in medical debt. Courtesy of Dr. Fumiko Chino hide caption 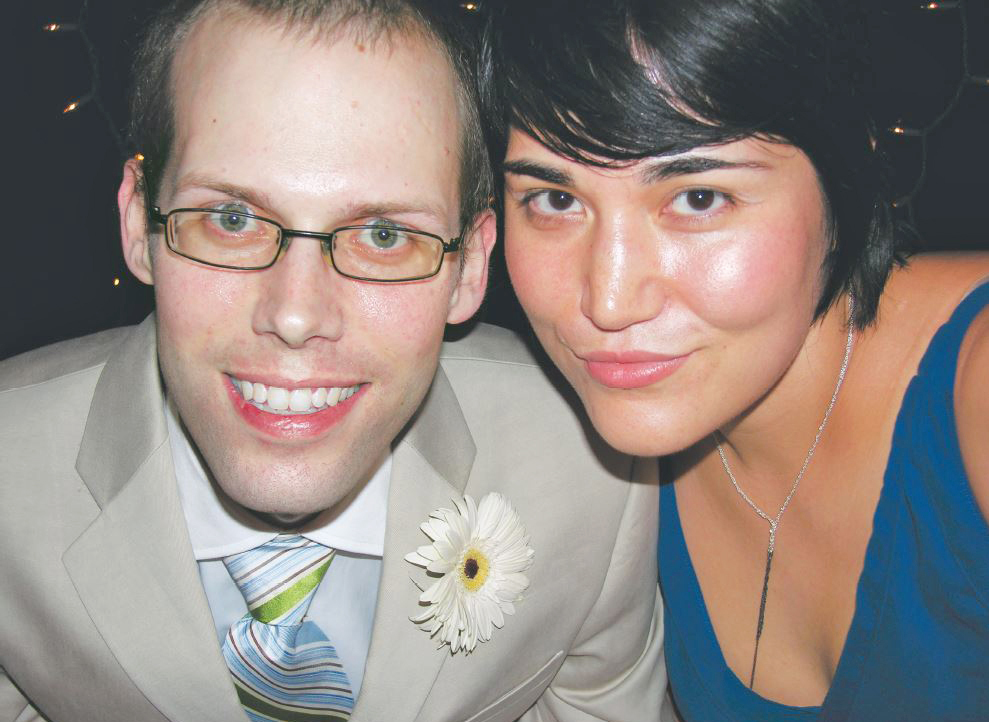 Andrew Ladd and Fumiko Chino at their wedding in 2006, after his cancer diagnosis. Ladd died the following year, leaving behind hundreds of thousands of dollars in medical debt.

Ten years ago, Fumiko Chino was the art director at a television production company in Houston, engaged to be married to a young Ph.D. candidate.

Today, she's a radiation oncologist at Duke University, studying the effects of financial strain on cancer patients. And she's a widow.

How she got from there to here is a story about how health care and money are intertwined in ways that doctors and patients don't like to talk about.

But Chino is determined to do so.

"I think of him every day," Chino says of her late husband, Andrew Ladd. "It drives me to do the type of research that I do — that's looking at the financial toxicity of cancer care."

Chino is co-author of a research letter, published Thursday in JAMA Oncology, that shows that some cancer patients, even with insurance, spend about a third of their household income on out-of-pocket health care costs outside of insurance premiums.

It's an issue Chino knows well.

In 2005, before they were married, Chino and Ladd were living together in Houston. She was working in entertainment, and he was on the verge of earning his doctorate in robotics at Rice University. Each had medical insurance – she through her job, he through the school.

Then he started to vomit and lose weight.

He was diagnosed with neuroendocrine carcinoma, an aggressive cancer of endocrine cells that can strike in a variety of places in the body and can be hard to treat.

It was a huge blow for the young couple, still in their 20s, with promising careers ahead of them. Still, they looked to the future and decided to go ahead with their wedding.

But as Ladd's treatment moved forward, a harsh reality hit. His student insurance didn't cover much.

"So paltry," Chino says. "Basically, I like to think of it as sham insurance."

In less than a month, they reached his $5,000 prescription drug limit and began paying $300 out of pocket for his anti-nausea medications and blood thinners.

Ladd was getting sicker but trying to keep up with his work. Chino emptied her retirement savings and quit her job to care for him.

"Ultimately, I had to take care of him. He was getting weaker and weaker," she says. "It was an overwhelming strain on us as a young couple. This is not what we thought our lives would be."

"The stress and overwhelming crushing defeat of these bills that would come in every week — it had an effect on our quality of life," Chino says.

They moved in with her parents, borrowed money and even considered moving to Canada to get care.

"At a certain point, we realized it was unsustainable," she says. "We knew it was coming. The cancer facility where he was getting his primary treatment was going to turn off the spigot."

Despite his illness, Ladd landed a job as a professor at the University of Michigan. It came with health insurance, and he continued treatment there.

But he never moved into his office. Three months into his time at Michigan, he died.

Chino was left with an ocean of debt. She estimates it's in the hundreds of thousands of dollars.

That's when she found a new mission in life. She enrolled in Duke's medical school and teamed up with Dr. Yousuf Zafar, who has made a specialty out of studying and writing about "financial toxicity," which he describes as the toxic effects of financial strain from health care costs. He's lead author on the JAMA Oncology study that Chino worked on.

But that doesn't mean people don't face financial hardship because of medical costs. Even as insurance coverage has expanded, deductibles and copays on many policies have risen, leaving patients to shoulder more of the financial burden for their health care.

The JAMA Oncology study shows that on average, cancer patients spend about 11 percent of their income on out-of-pocket health care costs, not including insurance premiums. But as their costs rise, patients become less likely to want to pay their bills.

He says doctors need to talk with patients about the costs of their treatment as well as the side effects and prognosis.

"We need to do a better job explaining to our patients how much benefit they can get from treatment," he says. "But also how much harm they can face, whether that harm is physical toxicity or financial toxicity."

Some patients don't talk with their doctors about costs, the study shows, because they fear they will get substandard care.

Chino says she wishes she and her husband had had those conversations.

"It was not part of my husband's care, and it could have changed things," she says.

Ten years after Ladd's death, Chino is still dealing with the aftereffects.

"I still owe the debt," she says. "I stopped answering phone calls from debt collectors."