Accessibility links
New TV Series From Netflix And ABC Feature Main Characters With Autism : Shots - Health News Two new TV series feature main characters who have autism. While some are applauding the fresh take on the disorder, others worry that the shows send the wrong messages. 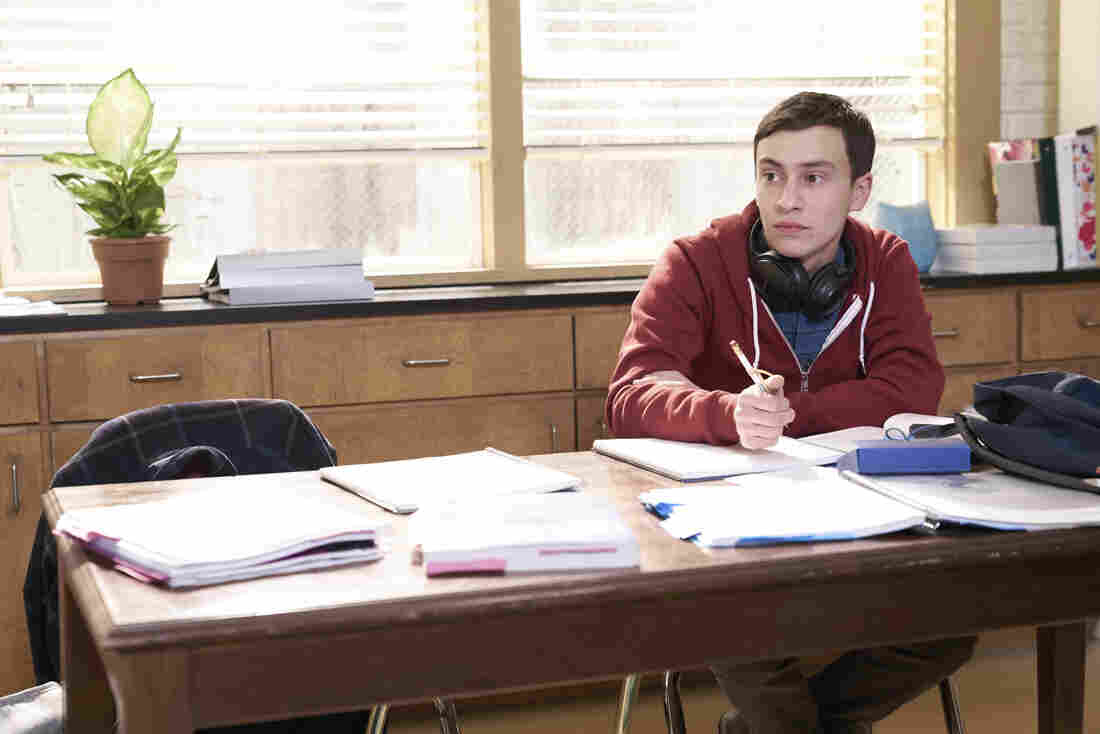 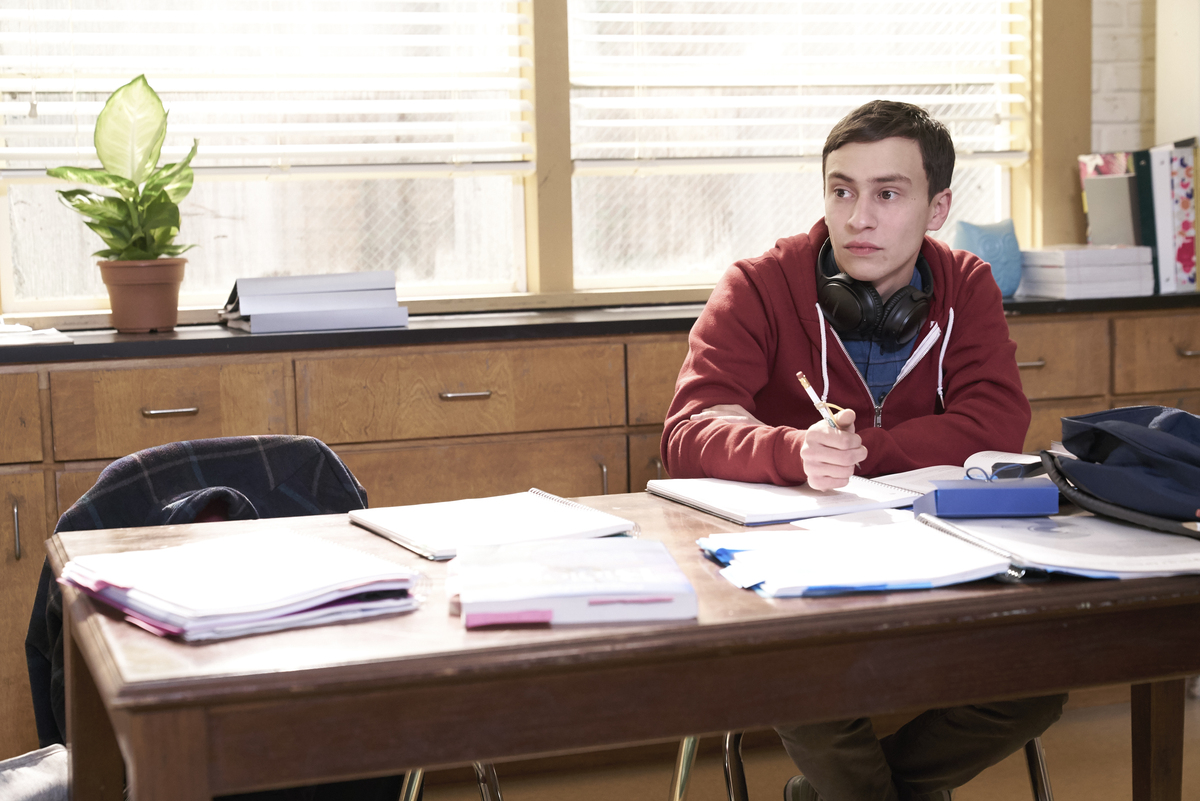 Like a lot of kids in high school, Sam worries that he doesn't fit in.

"I'm a weirdo. That's what everyone says," declares the 18-year-old character at the center of Netflix's new dramatic comedy series Atypical.

One reason Sam struggles to fit in: He has autism.

As his character explains at the start of the first episode, sometimes he doesn't understand what people mean when they say things. And that makes him feel alone, even when he's not.

Sam's family in Atypical is thrown in all sorts of new directions by his quest to date and find a girlfriend. Creator Robia Rashid says she wanted to tell a different kind of coming-of-age story, inspired by recent increases in autism diagnoses.

On-screen depictions of autism have come a long way since Dustin Hoffman's portrayal of Raymond Babbitt in the 1988 Oscar-winning film Rain Man.

Hoffman's Babbitt focused obsessively on watching The People's Court and getting served maple syrup before his pancakes. He could also memorize half the names in a phone book in one reading and count the number of toothpicks on the floor, moments after they spilled out of the box. 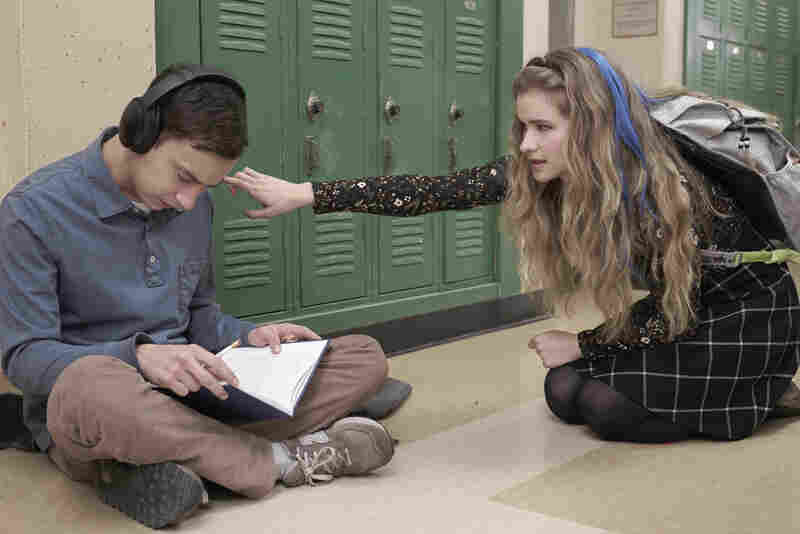 Sam sometimes wears headphones to cut down on sensory overload — but critics have taken issue when the show has played the practice for laughs. Greg Gayne/Netflix hide caption 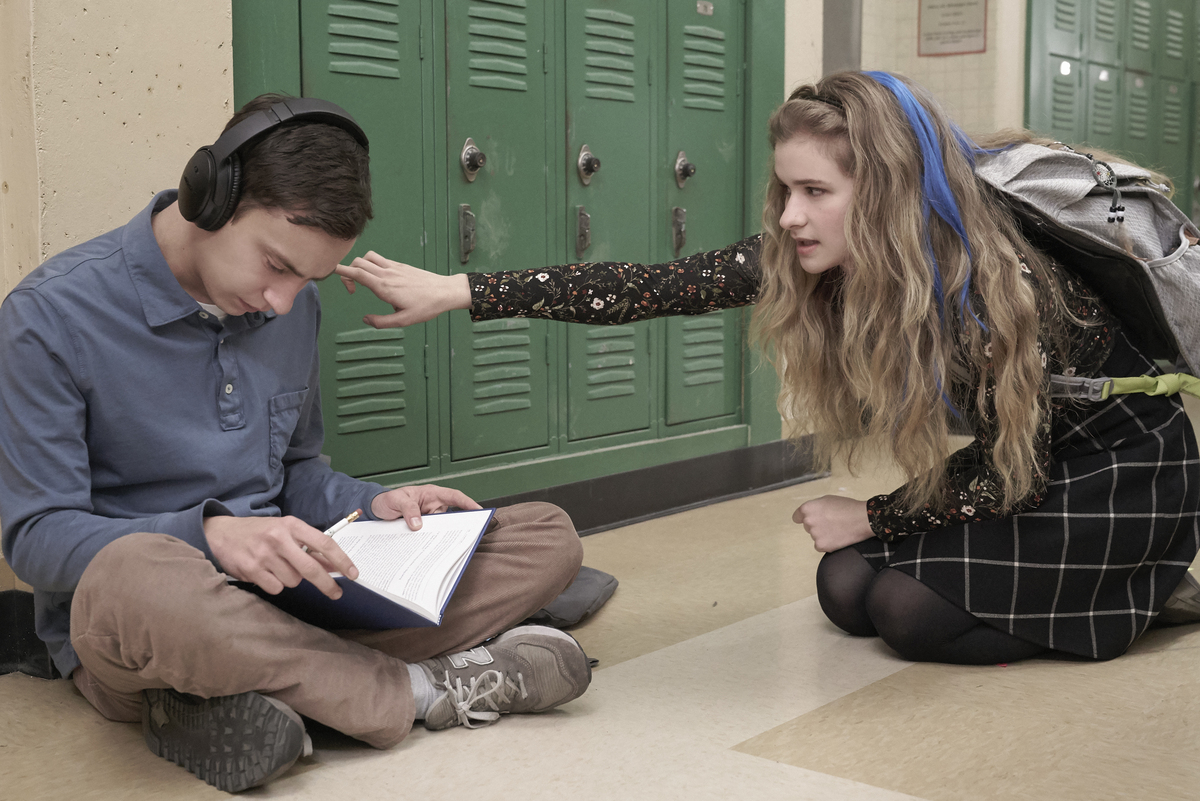 Sam sometimes wears headphones to cut down on sensory overload — but critics have taken issue when the show has played the practice for laughs.

For Atypical, Rashid says she researched accounts of adults with autism, has several parents of autistic children working in her crew and hired an actor with autism to play a minor role.

Still, some critics say Atypical presents some troubling images despite its good intentions. Mickey Rowe, an actor who has autism, says that because the show doesn't have any writers, producers or actors in major roles with the disorder, it can feel like the series is allowing people without autism to make fun of people with it.

"The motto of the autistic community is 'Nothing about us, without us,' " Rowe says. "There is such a long history of other people making decisions of behalf of autistic people and deciding what's best for their well-being and how to represent them to the world."

Rowe, who has written about the show for Teen Vogue magazine, was troubled by a scene played for laughs, where Sam wears headphones in public to cut down on sensory overload. He also criticized another moment when Sam is shown frightening a girl because he doesn't quite know how to smile comfortably.

And he's not the only critic with concerns.

"The audience is basically laughing at [Sam] being autistic," says Elizabeth Bartmess, a writer and editor with autism who has written often about how autistic characters are depicted in literature.

"That's partly a problem because in real life, autistic people ... get laughed at a lot for showing autistic traits," she says. "He's trying to make a facial expression that will look like the facial expressions that other people expect him to have. ... It's stressful, and it takes up a lot of energy and attention. And you're always at risk of getting it wrong."

Another show that Bartmess finds troubling is a new series debuting this fall on ABC called The Good Doctor. It's centered on a surgical resident named Shawn Murphy who has autism and savant syndrome. He's highly skilled at medicine but struggles with social skills.

"We hire Shawn, and we give hope to those people with limitations that those limitations are not what they think they are," the character shouts during a board meeting as inspiring music rises in the background. "They do have a shot!"

Still, because not all people with autism are savants like the character Hoffman portrayed in Rain Man, Bartmess takes a different message from that moment.

"That's basically saying the only way that you can get to have a job and keep a job is to be this incredible, super-powered autistic person that you can't be, because almost no one is," she says. "That's kind of the opposite of inspiring."

David Shore, executive producer of The Good Doctor, says the show argues against attitudes which keep people with disabilities from employment.

Both Shore and Rashid say their characters aren't meant to be symbols for every person with autism.

But with so few autistic characters on TV, the few who do appear on-screen often become symbols, whether the creators intend it or not.