Accessibility links
Insurance Companies Get Another Three Weeks To Decide On 2018 Obamacare Plans : Shots - Health News The extension leaves time for President Trump to decide whether to continue crucial payments to insurers and for insurers to figure out how they would operate without them if they were to disappear. 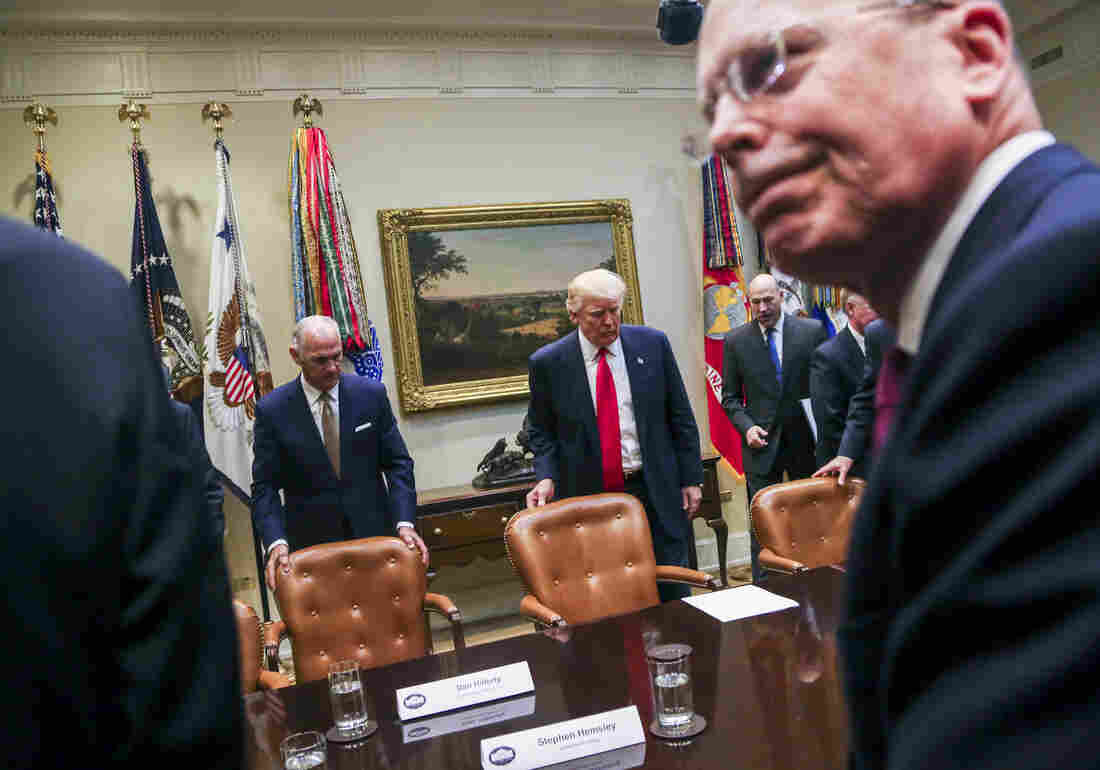 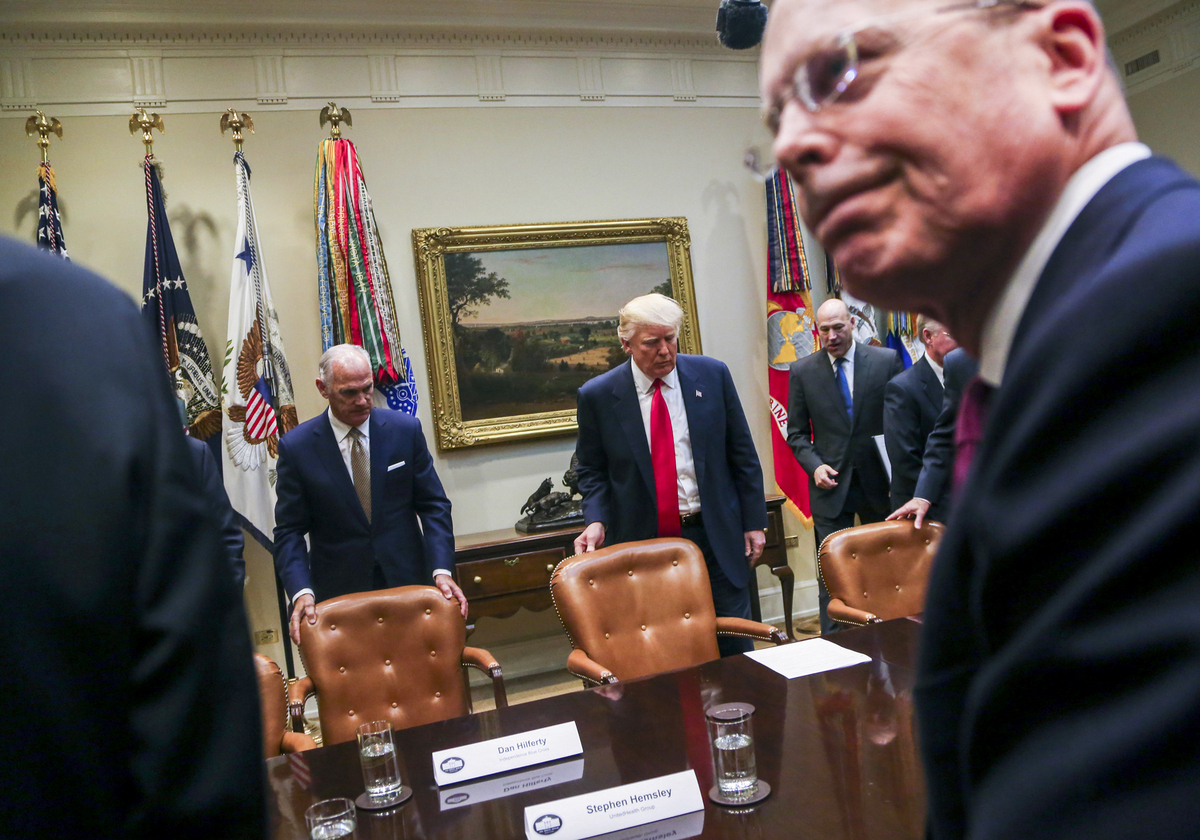 President Trump at a listening session with health insurance executives at the White House earlier this year.

The Trump administration is giving insurance companies an extra three weeks to decide whether to offer insurance plans through the Affordable Care Act markets, and how much to charge.

The payments — known as cost-sharing reduction payments — reimburse insurance companies for discounts on copayments and deductibles that they're required by law to offer to low-income customers. The Congressional Budget Office estimates the payments this year would be about $7 billion.

Trump has said he may end the reimbursements, which he calls "bailouts," and has been leaving insurers to wonder month to month about whether they will receive a check.

A White House spokesman says Trump is "working with his staff and his Cabinet to consider the issues raised by the CSR payments."

The U.S. Department of Health and Human Services says it is offering the extra time so insurance companies can plan ahead in case the government decides to end the payments. In a memo Friday, the agency said many states are now requiring companies to file their rates for 2018 on the assumption that they won't be reimbursed.

Several companies say that without the cost-sharing payments, their rates will see double-digit increases. For example, Blue Cross Blue Shield of North Carolina says ending the payments would push its rates up 14.1 percent.

And Marc Harrison, CEO of Intermountain Healthcare, which covers 173,000 people on the ACA exchanges in Idaho and Utah, says premium increases could be "astonishing."

Still, he says, his company will stick with the Obamacare markets. "These are our patients. We're not going anywhere. We're going to keep trying to figure this out."

The HHS memo says "there have been no changes regarding HHS's ability to make cost-sharing reduction payments to insurers."

But it then says the agency intends to change the ACA's risk adjustment program to compensate for the loss of cost-sharing payments.

The changes are technical and complex, but Timothy Jost, professor emeritus at Washington & Lee University's law school, says in a Health Affairs blog that the memo just deepens the confusion.

"We still do not know if all of this is needed or not — the Trump administration has not made up its mind," he says.

The cost-sharing payments have been at the center of a political battle over the Affordable Care Act since before President Trump took office.

Now that Trump is in the White House, and Republican efforts to repeal and replace the Affordable Care Act have failed, many Republicans are urging the president to continue the payments rather than undermine the health care markets.