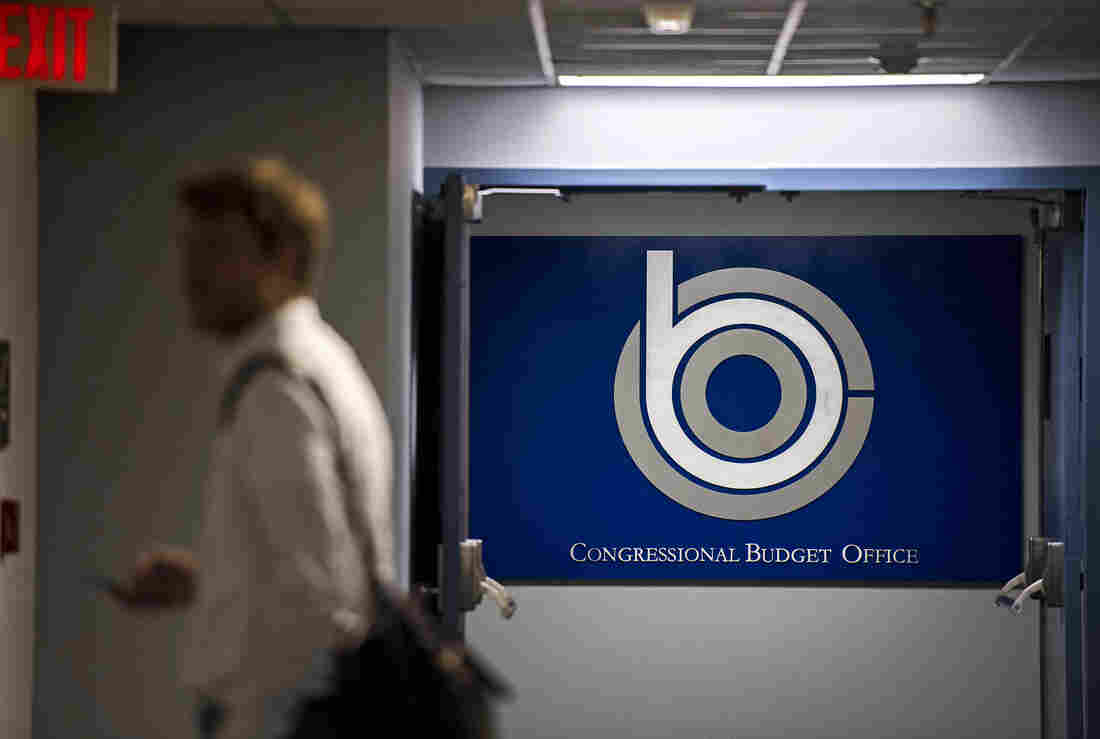 An analysis by the Congressional Budget Office released Tuesday found that ending cost-sharing reduction payments to insurers, a move that President Trump is contemplating, would raise the deficit by $194 billion over 10 years. Melina Mara/The Washington Post/Getty Images hide caption 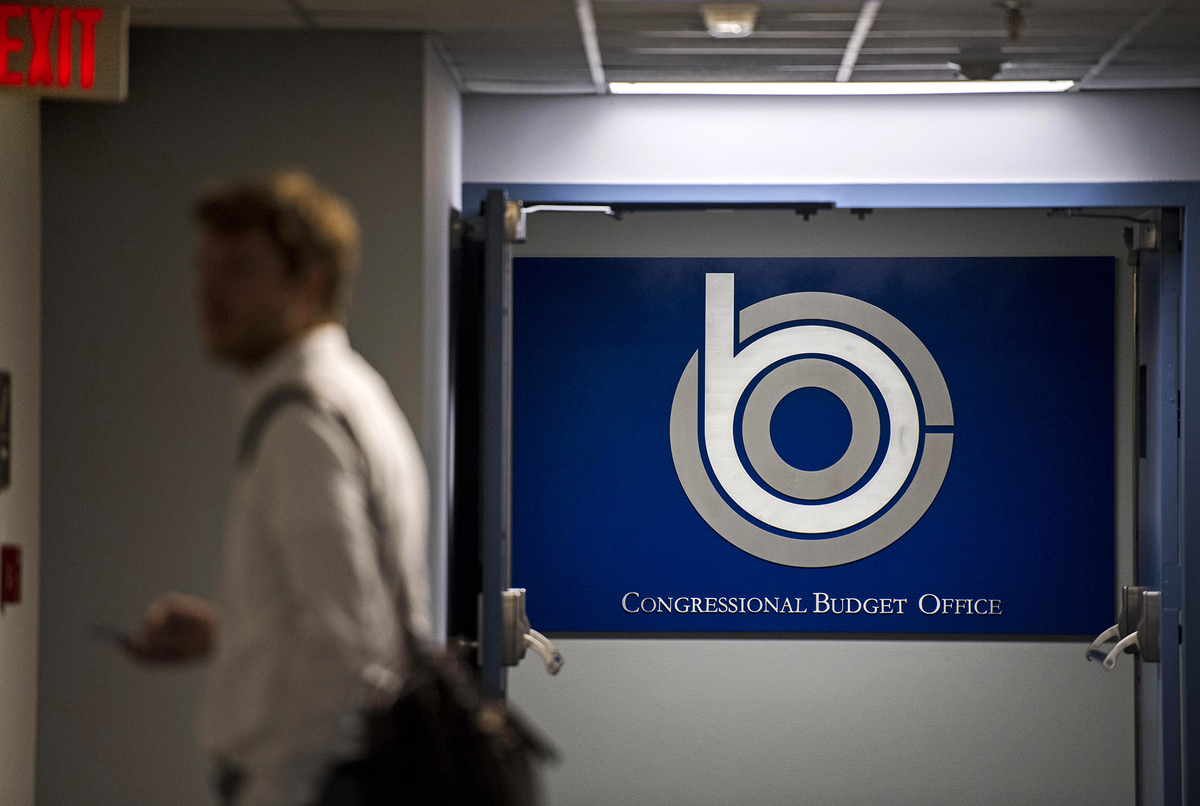 An analysis by the Congressional Budget Office released Tuesday found that ending cost-sharing reduction payments to insurers, a move that President Trump is contemplating, would raise the deficit by $194 billion over 10 years.

Updated 4:31 pm August 16: On Wednesday, the White House said it would continue what's known as cost-sharing reduction payments to insurers for another month, buying President Trump some time to decide whether he'll continue the payments long-term or cut them off altogether.

The announcement came a day after the Congressional Budget Office released an analysis that found that ending the payments would increase the deficit by $194 billion over 10 years.

The cost is "eye-poppingly large," says Nicholas Bagley, a professor of health law at the University of Michigan. "This single policy could effectively end up costing 20 percent of the entire bill of the ACA."

Under the Affordable Care Act, the federal government reimburses insurance companies for the discounts on copays and deductibles they're required by law to give to low-income customers.

Trump threatened repeatedly to cut off the payments, which he has called "bailouts," during the unsuccessful effort by Senate Republicans to repeal and replace the Affordable Care Act, also known as Obamacare.

More recently, the president has remained mute on the topic, and insurers have been left to wonder, month-to-month, whether they will continue to receive the payments. On Wednesday, a White House spokesman said the administration will reimburse insurers for this month's discounts next week. Future payments remain in question.

Bagley says there is no good policy reason to cut off the payments. "If you can cover roughly the same number of people for about $200 billion less, why wouldn't you want to do that?" he asks.

Cutting the cost-sharing payments ends up costing the government more because insurance companies say they will raise rates in response.

The CBO report predicted that premiums for benchmark plans sold on the Affordable Care Act exchanges will rise about 20 percent next year and about 25 percent by 2020. The cost to consumers, however, would stay the same or even decline.

That's because under the Affordable Care Act, people with lower incomes who buy insurance on the exchanges get a tax credit, so their costs remain stable as a share of their income. When premiums rise, those government subsidies rise as well.

"The CBO analysis makes clear that ending cost-sharing subsidies would be a perfect example of cutting off your nose to spite your face," says Larry Levitt, a vice president at the Kaiser Family Foundation. "Premiums would rise, and the government would end up spending more in the end through tax credits that help people pay their premiums."

The CBO report confirms earlier analyses, including this one by Kaiser and this one from the consulting firm Oliver Wyman, that suggested eliminating the cost-sharing payments could make policies cheaper for some individuals.

Some insurers may decide to leave the ACA markets altogether if the subsidies were to disappear "because of the substantial uncertainty about the effects of the policy on average health care costs," the CBO says. The agency estimates about 5 percent of the population would not have access to insurance through the ACA markets next year if Trump ends the payments.

But the agency says insurers would come back over the next two years.

Timothy Jost, a professor emeritus of health care law at Washington and Lee University School of Law, says that picture may be a bit too rosy.

He says the CBO assumes that state insurance commissioners will allow insurance companies to set premiums in ways that would be most advantageous to them, thereby ensuring they continue to sell policies on the Obamacare exchanges. But that may not happen, Jost warns.

"CBO assumes that things will work out rationally, and there will be a smooth landing," he says. "It could be much more chaotic than that."

Last Friday, the Department of Health and Human Services extended the deadline for insurance companies to decide which health plans to offer on the Obamacare exchanges and what to charge.

Now that Trump is in the White House but GOP efforts to repeal and replace the Affordable Care Act have failed, many Republicans are urging the president to continue the payments rather than undermine the health care markets.