Accessibility links
Homeopathy For Pets Gets A Hard Look From The SkeptVet : Shots - Health News Veterinarian Brennen McKenzie writes The SkeptVet, a blog that pushes for evidence-based medicine instead of relying on tradition, anecdotes or pseudoscience in the treatment of cats and dogs. 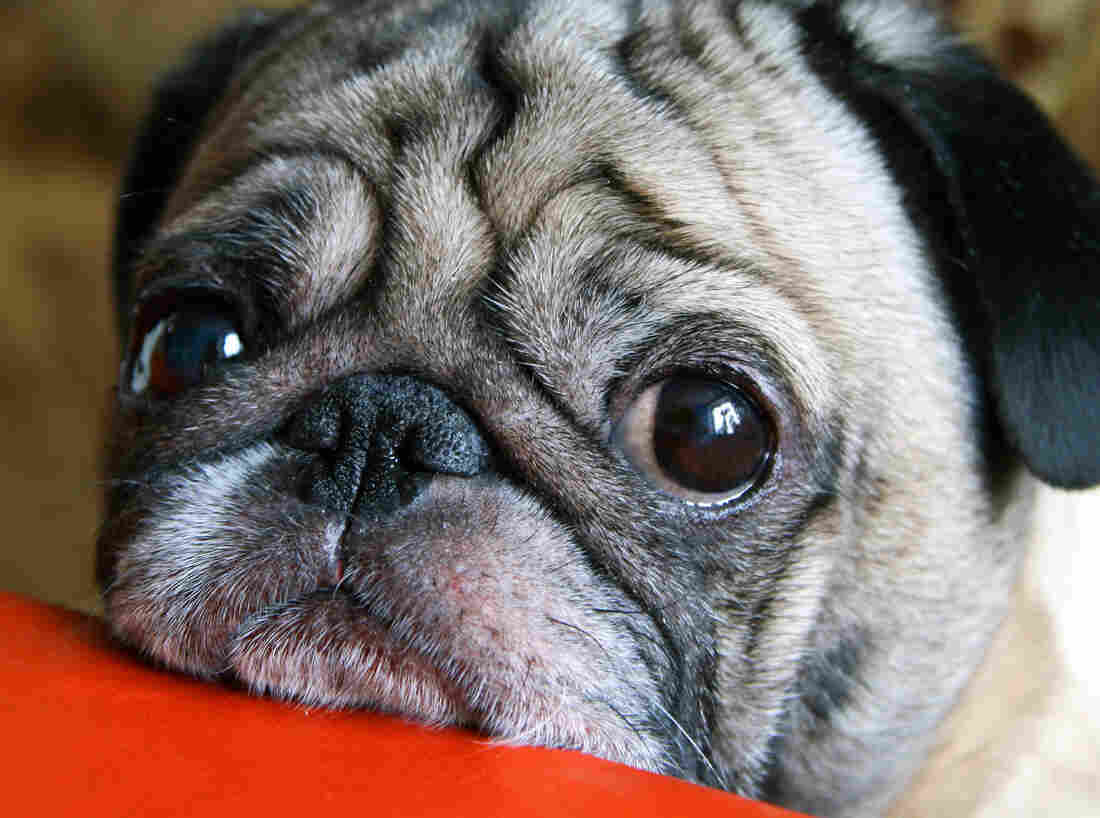 The notion that every dog or cat should be neutered at 6 months isn't based on evidence, says veterinarian Brennen McKenzie, author of The SkeptVet blog. It depends on the breed and other factors. Talk to your vet, he advises, about pros, cons and timing. katoosha/iStockphoto/Getty Images hide caption 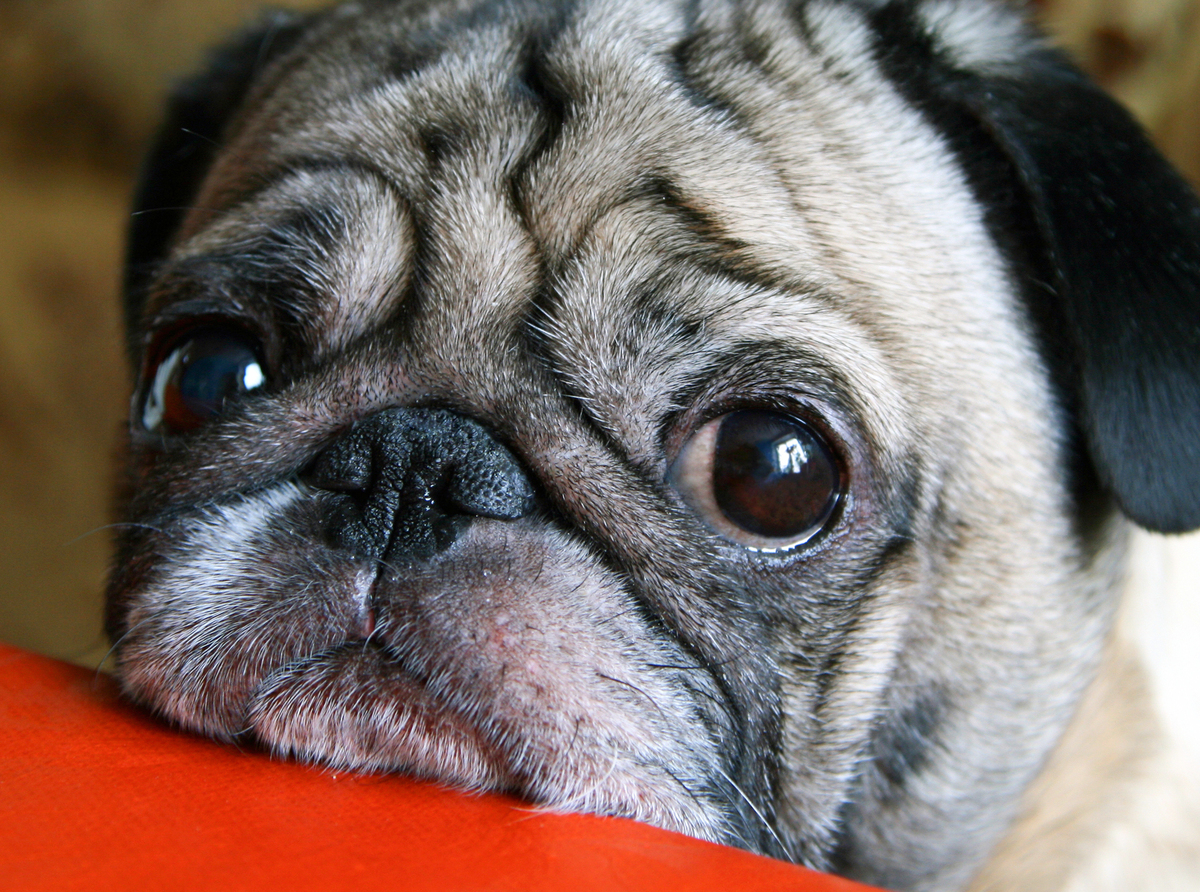 The notion that every dog or cat should be neutered at 6 months isn't based on evidence, says veterinarian Brennen McKenzie, author of The SkeptVet blog. It depends on the breed and other factors. Talk to your vet, he advises, about pros, cons and timing.

Hunting for good medical advice for your ailing kitty or pup? You'll find no shortage of ardent testimonials and ads for sketchy or unproven treatments on the Web.

Silicon Valley veterinarian Brennen McKenzie worries that some of the same pseudoscience that is rampant in human medicine is leading pet owners astray.

McKenzie's blog, The SkeptVet, aims to bring a calm voice of evidence-based skepticism in analyzing medical options for dogs and cats. McKenzie works at the Adobe Animal Hospital in Los Altos, Calif., and is a past president of the Evidence-Based Veterinary Medicine Association. Once a researcher who studied monkey behavior, he earned his veterinary medicine degree from the University of Pennsylvania in 2001.

The SkeptVet is a labor of love; McKenzie gets no outside funding for it. I recently spoke with him about blogging, pseudoscience and his 19-year-old pet corn snake. The interview has been edited for length and clarity.

Why does the world need skeptical veterinarians?

Pet owners need to know the pros and cons of health care options for their pets to make good decisions. "Skeptic" doesn't mean someone who automatically rejects new or unfamiliar ideas. It's someone who refrains from judging a claim until they have examined the evidence dispassionately — someone who gives preference to scientific evidence over personal experience, anecdote, tradition or history.

That's particularly critical on the Internet, where information about alternative therapies is most often marketing information. Or it's provided by people who obviously believe in these therapies and don't necessarily want to disclose their limitations. Pet owners who have a negative experience with a therapy rarely bother to tell anybody else about it.

In your writings, you speak out a lot against veterinary pseudoscience. What are some examples?

Pseudoscience takes the form both of recommending things that are not helpful and discouraging the use of things that are. There are certain therapies that we know are not helpful because there's been adequate research and study showing that. A classic example is homeopathic remedies, which true believers will argue can cure cancer, autoimmune disease or almost any illness, in both pets and in people.

Homeopathy makes the claim that administering a substance that triggers disease symptoms can have curative powers, if it's diluted in water or alcohol to the point where none of it actually remains. The substance can be nearly anything — from a plant or animal to moonlight or a piece of the Berlin Wall. Homeopathy has never been shown to be useful in good-quality scientific studies.

These homeopathic products are available over the counter in most pharmacies despite being useless, because they are generally considered harmless (except, of course, when used as a substitute for effective medical treatment). Any direct harm of homeopathic remedies typically comes from improper production, which leads to biologically significant levels of the original material or to contaminants. That is uncommon, although of course it does occur.

On the flip side is pseudoscience that undermines what we know about science-based medicine. Take anti-vaccine activism: Some people claim that veterinary vaccines should be avoided because their risks are greater than their benefits and they cause all sorts of horrible diseases. But there's no evidence that vaccines actually do that.

What about widely used conventional treatments in veterinary medicine? Are there any that you think aren't warranted?

Sure. I mean, the beauty and frustration of science is that it progresses over time and that things that we believe at one point may not turn out to be true later. Or that as we refine our knowledge, we have to give up things that we believe in. There are definitely practices like that in conventional, science-based medicine.

One example is annual boosters of core veterinary vaccines for animals. Science has shown for quite a while that yearly boosters for certain specific diseases, such as distemper and parvovirus, are unproductive. It's not clear that it's harmful, but it's certainly not needed. I think that conventional veterinarians have been slow to give that up.

You've blogged about how there are a lot of misconceptions about the pros and cons of neutering a pet. Where do people go wrong there?

I think the biggest misconception is that there is a simple, across-the-board, right answer to if and when you should neuter your pet. That's not the case, because biology is too complex for that. Broad rules such as "every dog should be neutered at six months," or "no pet should be neutered at all" — none of those are justifiable because the answer is, frustratingly, "It depends." It depends on the breed, on the age, on the particular balance of risks and benefits that you're talking about. The reality is that you should have a lengthy, nuanced discussion with your veterinarian about that.

Lots of pet owners will swear that their animals benefited from an alternative therapy, whether it's turmeric or cannabis-based extracts. What's the trouble with relying on these anecdotes?

It's totally understandable why those kinds of experiences are compelling. But things that look to us like simple, straightforward relationships may not be. You know, the classic example is, every time I wash my car, it rains. We know that that is not a reasonable cause-and-effect relationship, because we understand how the weather works. But there were times in history when people believed that your personal actions could influence the weather.

Medicine is incredibly complex, and it is very difficult to identify a true response to a treatment simply by watching to see what happens, based only on our personal observations. Because there are so many factors involved in what happens next. And that's the reason why we have research studies that make an effort to control for sources of error. We know that science works better, because our own individual judgment and observations are not reliable.

What feedback do you get from readers?

With any controversial topic, I get a ton of hate mail. A regular stream of "How dare you — this worked for me and you're just awful" or "You're a tool of the pharmaceutical industry." But I also get a lot of people who write, "Oh, thank God, finally, somebody is willing to ask questions or be critical of these things," because it's often so unpopular to do so.

Do you have pets?

I have two dogs: Max, a 10-year-old Boston terrier, and Brodie, a 4-year-old mutt from the shelter. And I have a 19-year-old corn snake named Tess. My wife, who is both afraid of snakes and a wonderfully supportive person, bought me a snake when I was in vet school because I wanted to learn more about exotic pets. I don't think she realized that corn snakes can live well into their 20s.

Have you ever tried a therapy for your pets that didn't have much scientific evidence behind it?

I previously had some dogs who were older and had arthritis, around when I first started practicing veterinary medicine. I put one of them on glucosamine because more experienced colleagues said it was helpful. I hadn't yet started looking at evidence-based medicine. I did not perceive any change in my dog, and overall, the scientific evidence of meaningful benefit from glucosamine is very weak.

But being a skeptic doesn't mean that I'm saying people should never use these kinds of things. There are definitely circumstances where trying something for which there is very little evidence is totally appropriate. I'm simply saying that pet owners need to be fully informed about the uncertainty and risks and benefits involved.