Accessibility links
Just The Perception That Your Friends Have More Friends Than You Can Make You Sad : Shots - Health News Many first-year college students think their peers have more friends than they do, a study finds. But that can actually help motivate students to make new connections.

If You Think Everyone Else Has More Friends, You're Not Alone

If You Think Everyone Else Has More Friends, You're Not Alone 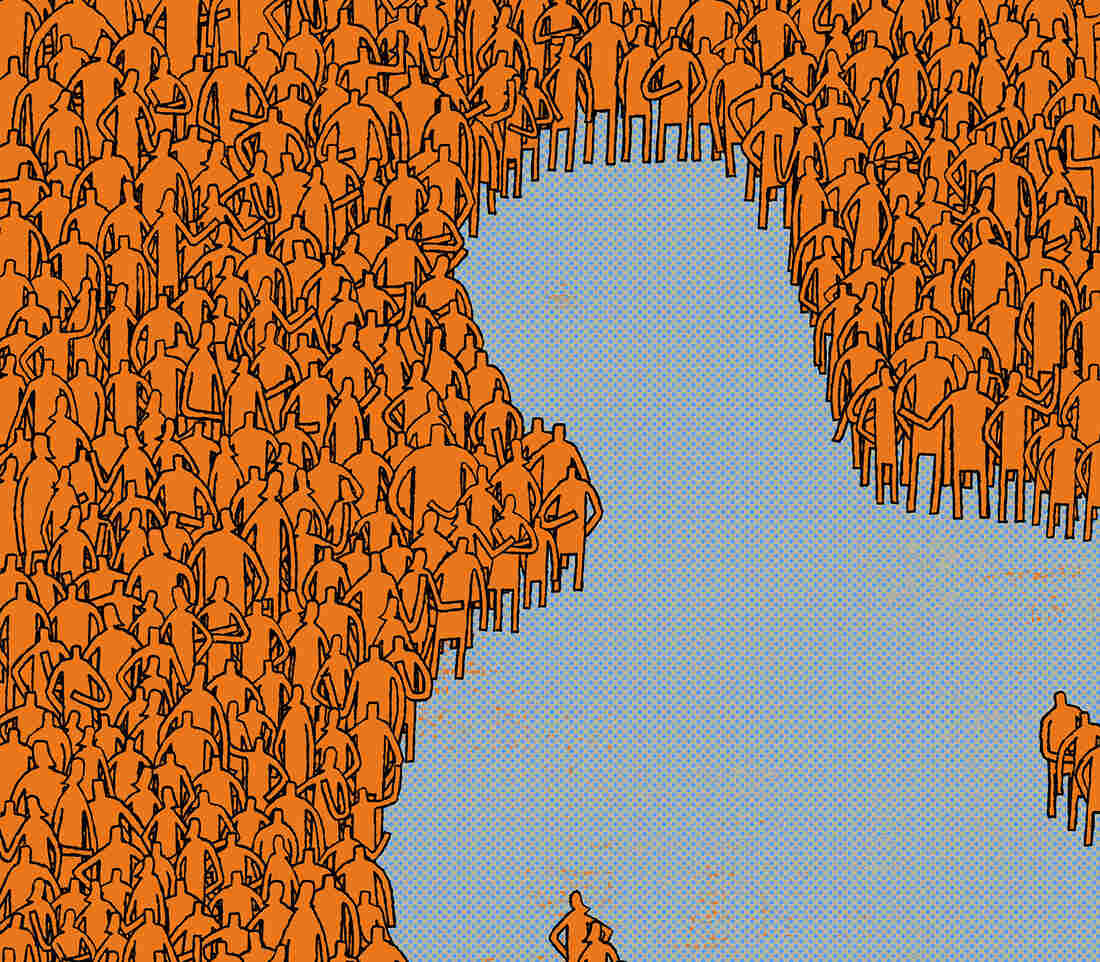 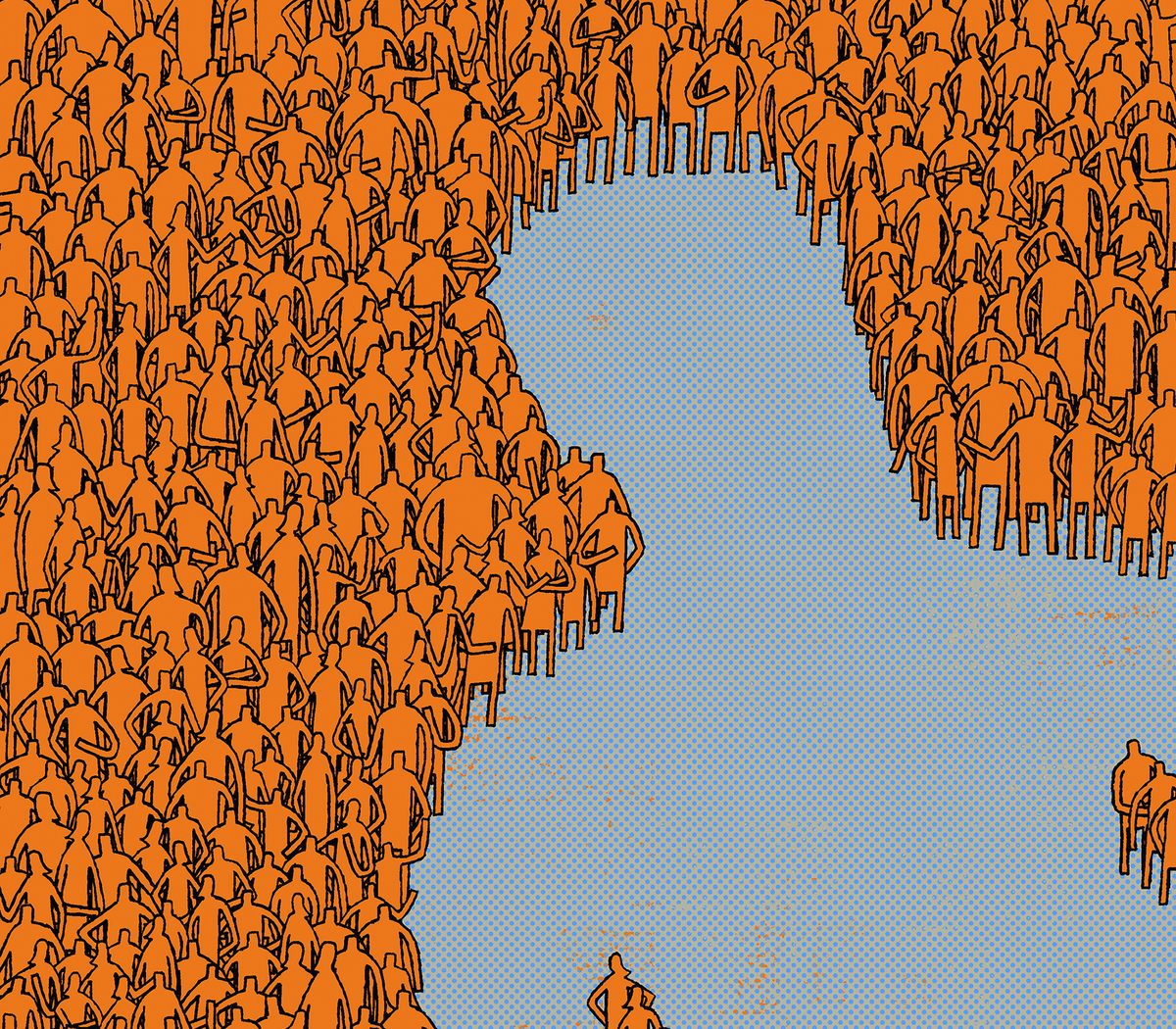 When you feel like everyone around you is having more fun and spending more time with friends, it can make you feel bad about yourself — even if it's not true.

But according to Ashley Whillans, an assistant professor at Harvard Business School who studies how our view of the world affects our view of ourselves, this perception can challenge us to become more social and make more friends.

This fear of missing out on parties or events is actually very common. It may be particularly acute among college freshmen because "entering into university is one of the key transition points in your life in establishing your identity in a new social environment," Whillans says. In other words, it's the first taste of navigating social situations as an adult.

A study published by Whillans and her colleagues on Thursday found that 48 percent of college freshmen in their second semester at the University of British Columbia in Vancouver believed that their friends had made more friends than they had since school began. Thirty-one percent felt the opposite.

"Since social activities, like eating or studying with others, tend to happen in cafes and libraries where they are easily seen, students might overestimate how much their peers are socializing because they don't see them eating and studying alone," says Frances Chen, the study's senior author and an assistant professor in the UBC psychology department.

A second, smaller study they published at the same time indicates that feeling left out made the students pretty unhappy. The studies were published in the Personality and Social Psychology Bulletin.

This was surprising, Whillans says, because many high-achieving people — i.e. the ones most likely going to college — believe they're better equipped than their peers to handle challenges. But when peers appear to be doing better socially, that can contribute to feelings that there's something wrong with us.

While this study did not look specifically at the impact of social media, other studies have shown that the way people use Facebook and other virtual tools to project only the good stuff, and the FOMO that generates, makes others feel lonely and isolated.

Social media "perpetuates the idea that other people are more social than you," Whillans says. "We often fail to communicate when we fail, and that might be bad for us and also for our social network."

In the new study, first-year students in the sample of more than 1,000 students reported having 3.63 close friends on average at UBC, but they believed their friends had 4.15 close friends.

The smaller, second study found more than half of the nearly 400 students surveyed felt that others had more friends and were spending more time socializing. But it also suggests that for some people, feeling slightly behind on the friend curve was motivating because the students' perceptions of how they were doing socially compared to peers changed several months later.

Past research indicates that if people think making more friends is "something you can change, something you can get better at," Whillans says, they will work toward that goal. For those who believed the friendship gap between them and others was already too great, more time on campus may not make much difference.

Greg Walton, a psychologist at Stanford University, studies how to correct the belief that we are alone in our fears of being left out. His work focuses on helping minority students who are underrepresented in STEM fields to overcome their own fears that they don't belong, and has demonstrated that doing so helps them improve academically and healthwise.

He says Whillans' study indicates that a broad swath of the population could benefit from things like having older students share stories of how they felt left out socially as freshmen, or encouraging teachers to frame criticism of students' work in a more positive way, he says.

Future research may look at whether these kinds of social perceptions might predict and prevent expensive challenges like workplace turnover. The biggest losses of productivity happen when people leave in the first year, Whillans says. "The social environment has a lot to do with that."

These feelings of social disconnectedness and feeling bad about it are not exclusive to college freshmen. "It's a totally normal feeling to feel like you're struggling socially when you move to a new environment or a new job," she says.

The important thing may be to understand that you're not alone in these feelings, and that they can change, Whillans says.