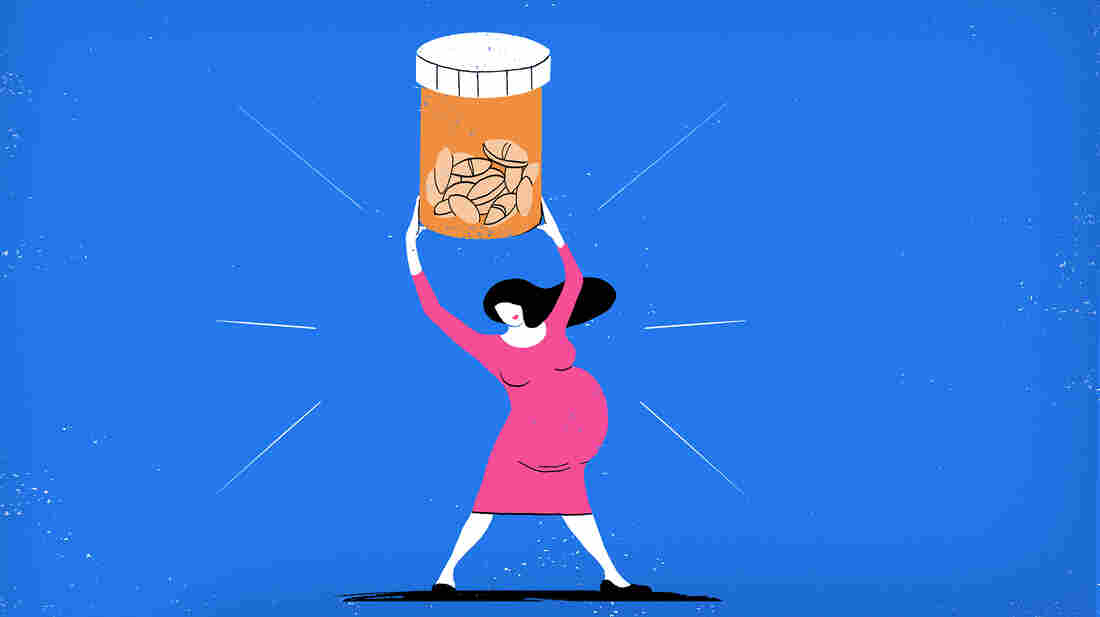 While benzodiazepines and SSRI antidepressants are not risk-free, says Yale psychiatrist Kimberly Yonkers, "it should be reassuring that we're not seeing a huge magnitude of an effect here" on pregnancy. Hanna Barczyk for NPR hide caption 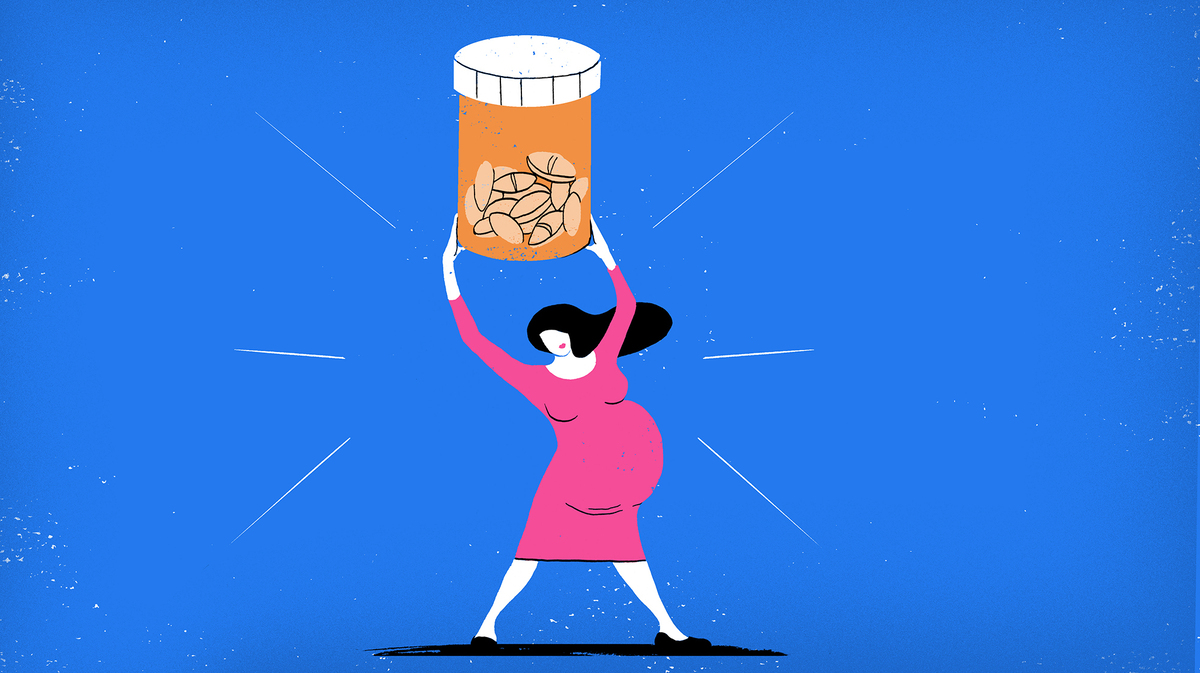 While benzodiazepines and SSRI antidepressants are not risk-free, says Yale psychiatrist Kimberly Yonkers, "it should be reassuring that we're not seeing a huge magnitude of an effect here" on pregnancy.

Earlier this year, when Emily Chodos was about 25 weeks into her pregnancy, she woke up one night feeling horrible.

"My hands were tremoring, my heart racing, " recalls Chodos, who lives near New Haven, Conn. She couldn't take a deep breath. "I'd never felt so out of control of my body."

She ended up paging her obstetrician's office at 4 a.m., and one of the midwives in the practice, after listening to her symptoms, said, "It sounds like you're having a panic attack."

Chodos was advised to take an antianxiety medication — Xanax. "I was afraid to take it, as a pregnant woman," Chodos says. But she was miserable, so eventually decided to take the medicine that night.

Chodos, who is a nurse, knew that there are concerns about drugs like Xanax and other medications its class-- benzodiazepines.

When Pregnant Women Need Medicine, They Encounter A Void

Studies completed decades ago suggested a risk of birth defects from these drugs, but data from more recent studies have shown no clear evidence of an increase. There are remaining questions, researchers say, about whether prenatal exposure to the drugs can influence behavior.

"I felt very trapped," Chodos says. It felt as if there was probably no safe medication — "that I'd probably just have to suffer and feel awful."

At her doctor's suggestion, Chodos went to see Dr. Kimberly Yonkers, a psychiatrist and professor at Yale University. Yonkers has been studying the effects of benzodiazepines and SSRI antidepressants on the pregnancies of women who have anxiety, depression or panic disorders.

Yonkers told us she understands why women can feel torn about using these drugs when they're expecting.

"It's kind of a tricky balance," Yonkers says. "People have this illness that they didn't ask for and don't want. They're really suffering."

The medications can help them, but women worry about the potential risk to their baby's health.

To understand the risks better, Yonkers and her collaborators studied about 2,600 women during pregnancy and after childbirth. The results of her study do point to some risks associated with the benzodiazepines.

For instance, she found an increase in C-section deliveries. Also, the babies of mothers taking these drugs were more likely to need extra oxygen or or other respiratory support after birth. (An additional six in every 100 babies needed that sort of support, the study found, compared to the babies of women who didn't take the drugs.)

"We also found the duration of pregnancy was shortened by, on average, 3.6 days — so quite modest," Yonkers says.

Women who took antidepressants such as Zoloft, Paxil, or other SSRIs) also had their pregnancies shortened, but by less than two days, on average. And their babies were also more likely to require oxygen or other minor respiratory support/assistance after delivery.

So, while these medications are not risk-free, Yonkers says "it should be reassuring that we're not seeing a huge magnitude of an effect here."

The study, published this week in the journal JAMA Psychiatry, also concludes that having a panic or anxiety disorder during pregnancy does not seem to be risky to the developing baby.

"We found that the maternal illnesses of panic disorder and generalized anxiety disorder were not associated with preterm birth or low birth weight or some of the other complications to mother and her offspring," Yonkers says. "So, that's really good news."

The bottom line, she says is that the findings suggest that women who need treatment for these disorders don't need to stop taking these medications during pregnancy.

There's still some uncertainty among practitioners and mothers-to-be about the use of anxiety and antidepressants in pregnancy, but some leading OBGYNs point out the benefits of being treated with the drugs.

"I think that there are women who are in need of medication for mood disorders and/or psychiatric disorders during pregnancy," Dr. David Garry, a maternal fetal medicine specialist at Stony Brook University tells us.

Pregnant women should consult with their health care providers, he says, and aim to take the lowest doses possible of the medications that are effective in treating their symptoms.