Accessibility links
A Flu Shot Is Still 'Essential' For Pregnant Women, Obstetricians Say : Shots - Health News Researchers and physicians say a study suggesting a link between the flu vaccine and miscarriage in a limited population is cause for more research, not a reason to change vaccination recommendations. 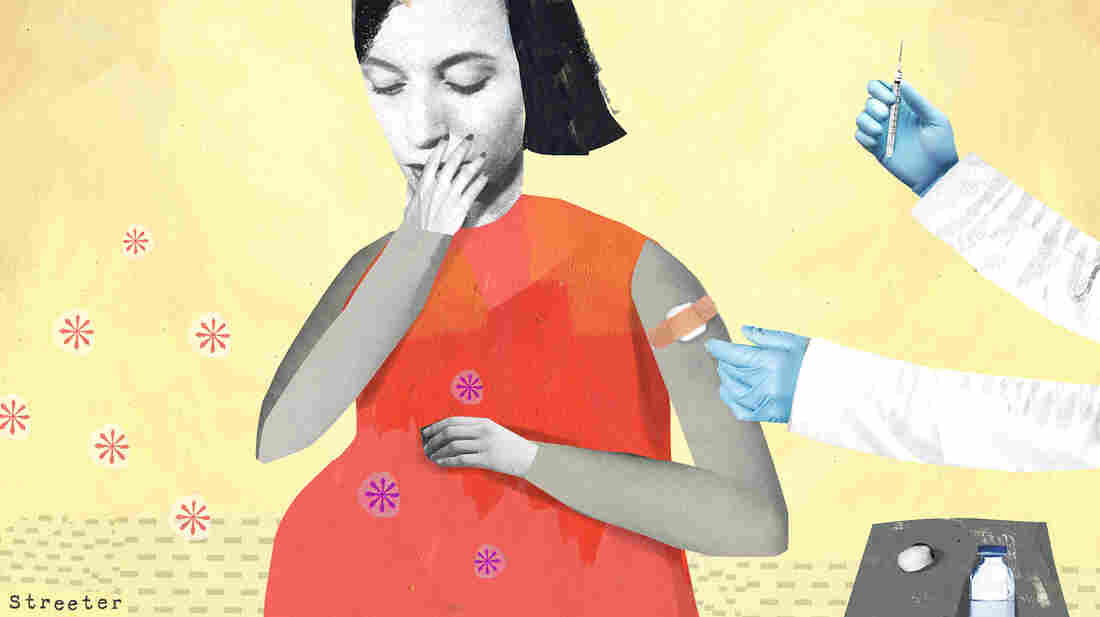 The American College of Obstetricians and Gynecologists calls the flu vaccine an "essential" part of prenatal care, for protection of the newborn as well as the woman. Infants typically don't get their own flu shot until age 6 months or later. Katherine Streeter for NPR hide caption 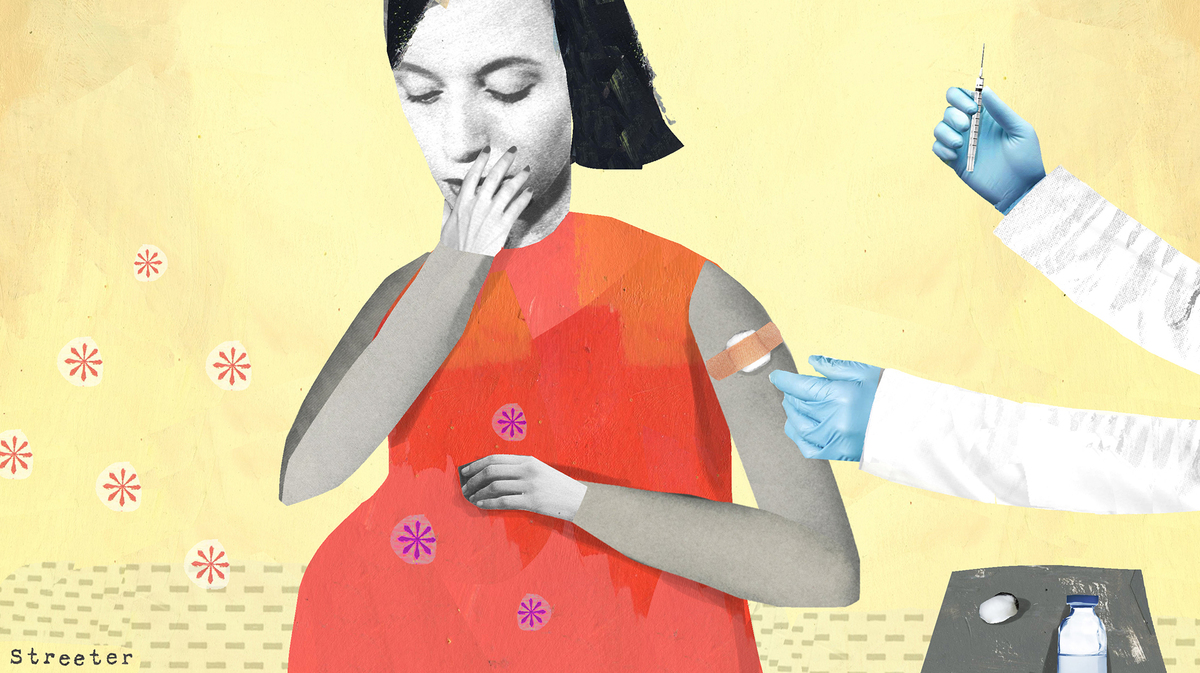 The American College of Obstetricians and Gynecologists calls the flu vaccine an "essential" part of prenatal care, for protection of the newborn as well as the woman. Infants typically don't get their own flu shot until age 6 months or later.

Flu symptoms can be more severe when you're pregnant, landing women in the hospital, threatening their lives and even leading to preterm birth or miscarriage. The virus is a risk to the woman and the baby.

So, it's particularly important that people who are pregnant get the flu vaccine. And it's also important that the effects of those vaccines be studied in pregnant women.

But research doesn't always turn up the information you're expecting, which is what happened last week when a study was published that found an association between the flu vaccine and early-term miscarriage in some women.

"We knew this would be controversial when it was published. This was an unexpected safety signal. This is not what we were looking for," says one of the study's co-authors, epidemiologist Dr. Edward Belongia. He directs the center for clinical epidemiology and population health at the Marshfield Clinic in Wisconsin, and is a member of the CDC's advisory committee on immunization practices.

"I believe," Belongia says, "the best approach with the public is to be very clear and open and transparent about 'Here's what we know; here are the limitations; here's why we still recommend the flu vaccine during pregnancy.' "

The research followed up on a previous study, also led by Belongia and his team, that found the opposite result — no link between miscarriage and the flu vaccine. That study looked at women who were pregnant in 2005, 2006 and 2007 — before the 2009 H1N1 flu pandemic, which led to a new vaccine.

"The CDC was very interested to make sure that we were still seeing the same safety profile for this new vaccine, and so asked us to do another study," explains lead author James Donahue, a senior epidemiologist at the Marshfield Clinic. The new results look at women who were pregnant in 2010, 2011 and 2012, and find an association between the flu vaccine and miscarriage in the first trimester of pregnancy. The study does not establish a causal relationship between the two.

Miscarriage is very common during the first trimester, although the exact rate is difficult to pin down because some women who miscarry very early may not ever know they are pregnant.

Belongia says that, despite the preliminary nature of the findings, his team had a scientific obligation to publish them. "The scientific literature is littered with things that were found unexpectedly and were later found to be not important — or even not true — so we're very cognizant of that," he says. "But this is a safety signal we can't explain away, and it clearly merits further investigation."

The American College of Obstetricians and Gynecologists agrees. After the new study was published, the organization released a statement reminding women and physicians that the flu vaccine is an "essential element of prenatal care," noting that when administered during pregnancy, it protects both women and newborn babies. That protection is particularly important for newborns, since the flu vaccine is not approved for infants younger than six months.

"These results are something we need to pay attention to and follow up on, but the overwhelming data supports the importance of vaccination," says Dr. Christopher Zahn, ACOG's vice president of practice activities.

Pregnant women who are worried or confused about vaccination can get information at ACOG's website, and should talk to their doctors, Zahn and the study authors agree.

"It's perfectly appropriate for any pregnant woman who hears about this and is concerned about this to talk to their obstetrician about the best timing for a vaccination based on her own circumstance," says Belongia.