Accessibility links
Concussion Rate Among Teens May Be As High As 20 Percent : Shots - Health News Doctors know that concussions can cause serious health impacts. Research now shows that rates among adolescents, especially those involved in contact sports, may be pretty high. 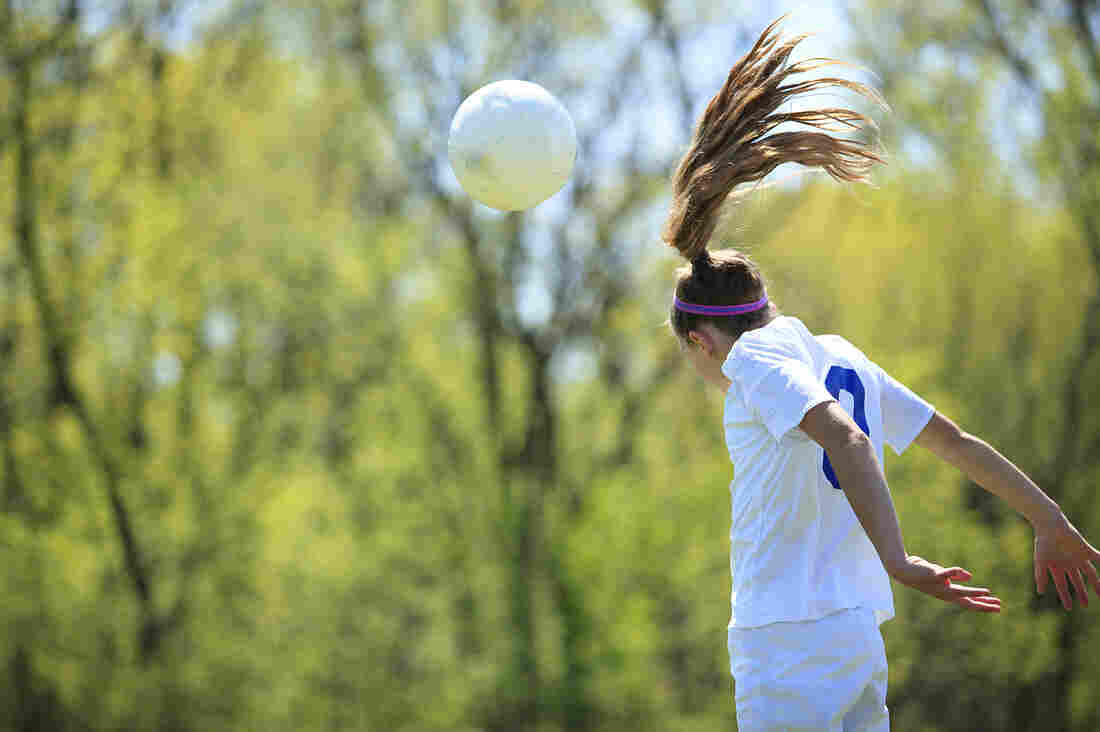 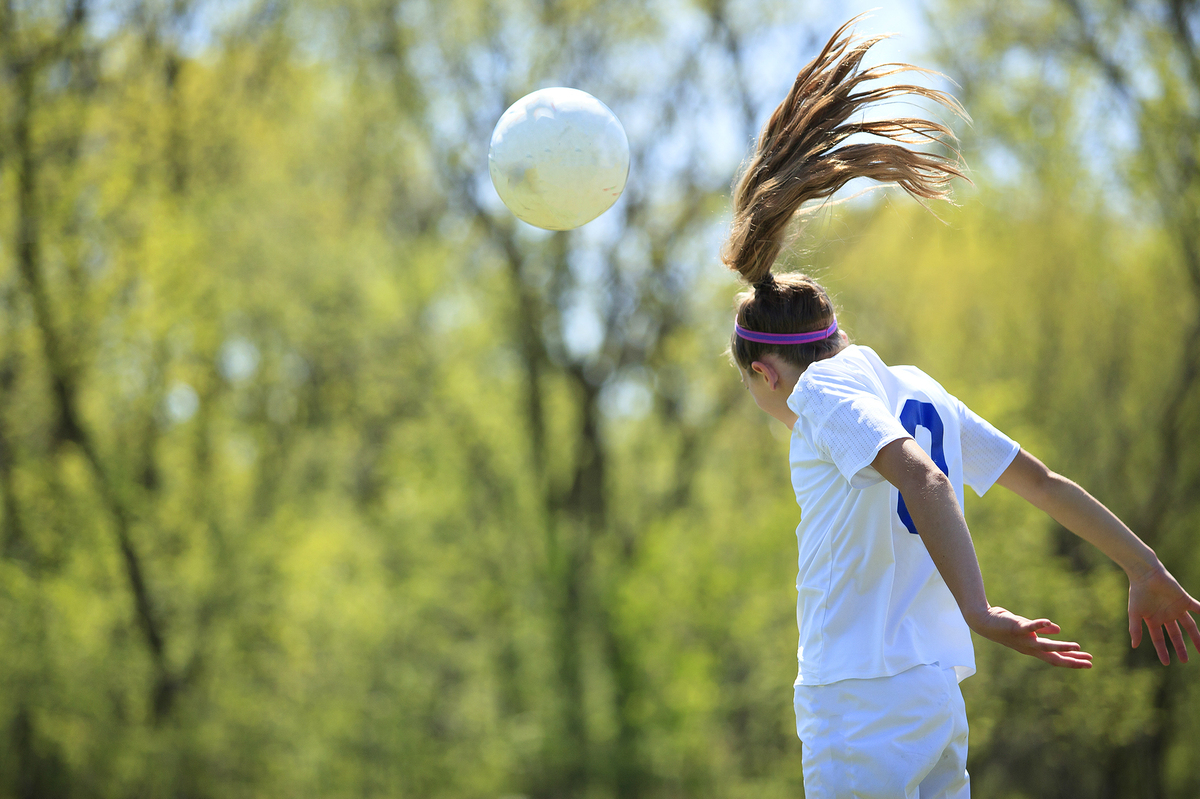 Concussions have gotten a lot of attention in recent years, especially as professional football players' brains have shown signs of degenerative brain disease linked with repeated blows to the head. Now, a new analysis confirms what many doctors fear — that concussions start showing up at a high rate in teens who are active in contact sports.

The Centers for Disease Control and Prevention says concussions can result in headaches, nausea and irritability. While most people do not suffer from long-term impacts from a concussion, between 10 percent and 20 percent may experience symptoms like depression, headaches or difficulty concentrating. Some people experience sleep problems, and multiple concussions are one way to cause chronic traumatic encephalopathy, a degenerative brain disease notably found in some NFL players.

The letter's authors looked at 13,000 questionnaire responses from the 2016 version of Monitoring the Future. Each year since 1975, the study, run by the University of Michigan Survey Research Center, has surveyed high school students all over the country about their behaviors and attitudes. According to Philip Veliz, an author of the JAMA letter and an assistant research professor at the University of Michigan's Institute for Research on Women & Gender, in 2016, the survey added a question asking whether students had ever had a concussion.

Veliz explains that while there is research on adolescent concussions, there is not much information available on simple prevalence rates and factors that correlate with the injury. Knowing this information, the letter explains, will help address the issue and track progress.

Dr. Dennis Cardone, co-director of the Concussion Center at NYU Langone Health, agrees that knowing the prevalence rate is vital in tracking safety efforts. "Now everybody is geared towards making sports safer, but ... with the changes we are making, are we really making them safer? We need to look at the prevalence rates going forward."

MTF survey data was collected from students in grades eight, 10 and 12. Also, 47 percent of responders were white, 13 percent were black, 19 percent were Hispanic and 21 percent reported their race as "other." About half the respondents were female.

The concussion rate analysis is consistent with a Canadian study that found a similar prevalence in teens in that country. Similarly, a 2016 NPR-Truven Health Analytics Health Poll found that nearly 1 in 4 adults reported having had a concussion in their lifetime.

Based on CDC reports, only between 4 percent and 5 percent of young adults go to the emergency room for head injuries, Veliz says many people visit their regular doctor instead when they suspect a concussion.

The authors also looked at survey respondents' participation in sports. Unsurprisingly, those who competed in contact sports like football, ice hockey, and wrestling were more likely to report more than one concussion in their lifetime. Other factors that were linked with higher rates of reported concussions include being white, male and in a higher grade.

The survey relies on students to self-report — there was no way to verify whether students had actually had concussions.

Cardone says that is the main limitation of this research, "It's a retrospective survey study of high school students, and who knows what their definition of concussion or how much education they have about concussion, and just how serious they are taking the responses?" Despite the limitation, Cardone says the research is important as it reinforces the need to make sports safer.

Cardone says he would like to see athletic trainers present in high school sports to help collect data and making proper concussion diagnoses.

Veliz says that if researchers know who is suffering from these injuries, they will be able to focus on solutions. "For instance," he says, "there should be greater awareness among parents and coaches regarding the risk of concussion [in] those activities."

Veliz is also hoping the information helps athletes make better choices for themselves — not just deciding to tough it out or walk it off.