Accessibility links
Many Teen Moms In Labor Can't Choose An Epidural In Some States : Shots - Health News Ohio is one of 13 states without a policy allowing a minor to consent, on her own, to pregnancy-linked health care. That means teens who go into labor are sometimes denied epidurals. 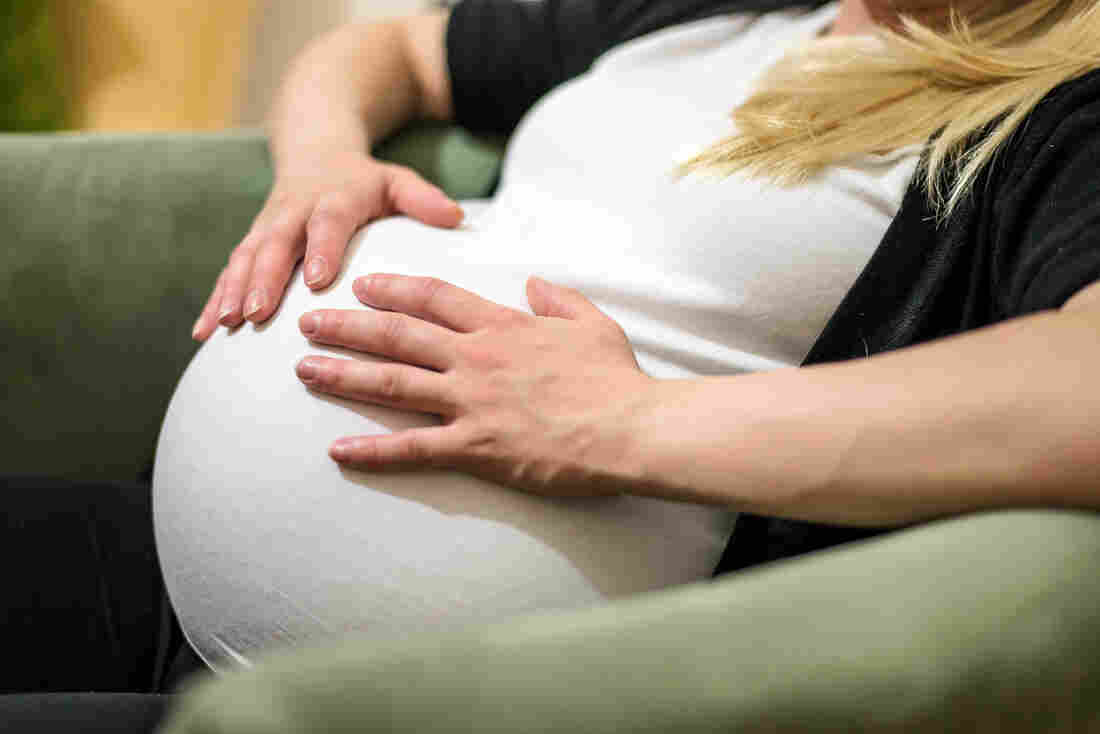 Throughout the U.S., minors are generally required to have permission from a parent or legal guardian before they can receive most medical treatment. However, each state has established a number of exceptions. PhotoAttractive/Getty Images hide caption 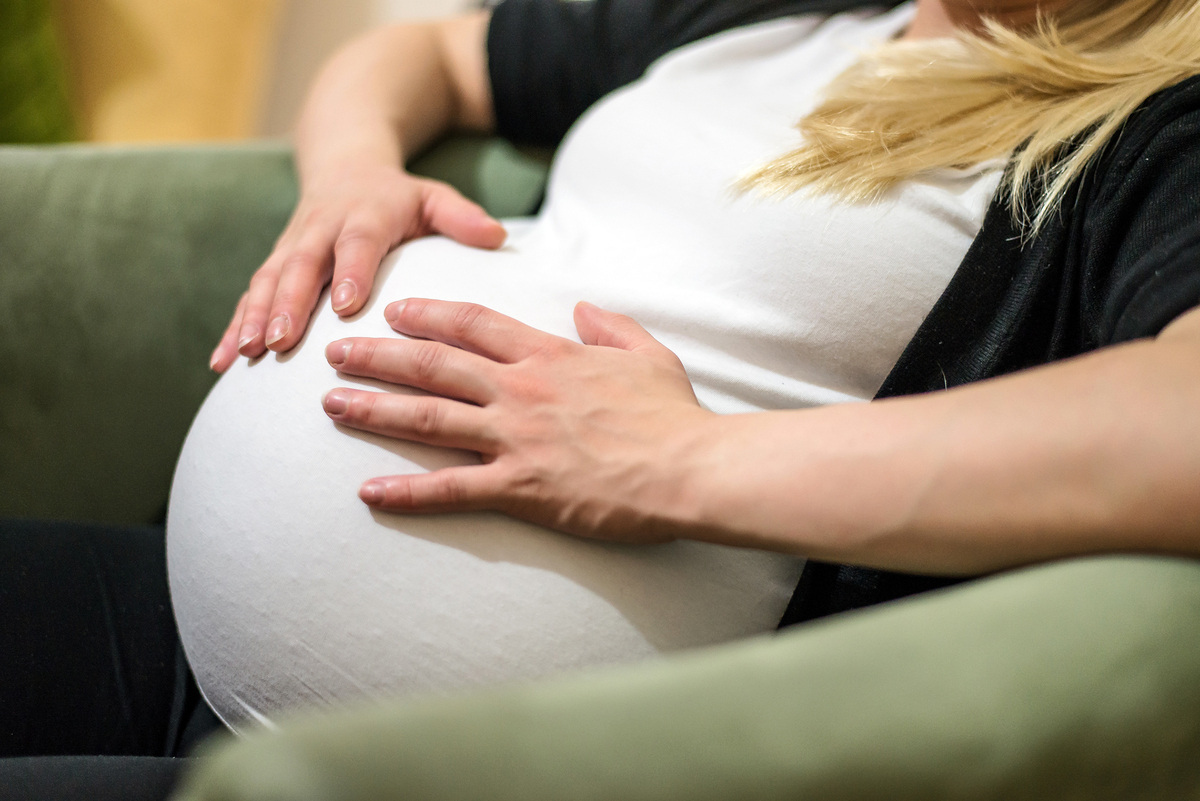 Throughout the U.S., minors are generally required to have permission from a parent or legal guardian before they can receive most medical treatment. However, each state has established a number of exceptions.

In 2011, before she became a nurse practitioner, Maureen Sweeney was working as a registered nurse in labor and delivery at a Cleveland-area hospital. She helped hundreds of women deliver their children, many of whom were minors in their early teens.

That's because, in Ohio, the rate of teenage pregnancy is slightly higher than the national average. This year, about 23 in 1,000 teenage girls will become pregnant.

One patient in particular from those nursing school days sticks out in Sweeney's mind.

"It was a 15-year-old woman who was coming in, in labor, to the emergency room," Sweeney remembers.

The teen was scared. She didn't talk much and didn't trust any of the doctors. She told Sweeney she had no family and that she was a runaway.

"She was by herself and she was living on the streets or between friends' houses," Sweeney says.

In that moment, Sweeney became the young woman's only support system to help her through the delivery of her baby.

"So as it progressed and it got more and more painful, she did request an epidural," Sweeney says.

An epidural is a common type of regional anesthesia that eases the pain of labor. As she had done many times before, Sweeney followed hospital protocol and called the anesthesia department. But to her shock, they told her they could not help her young patient.

"They said that without parental consent, ... she would not be able to sign for her own epidural," Sweeney says.

In Ohio, people under 18 who are in labor cannot consent to their own health care. They can receive emergency services, but nothing considered to be elective. For the many Ohio minors who become pregnant, it's a painful gap in coverage.

It's also complicated by the fact that in Ohio, there is no legal process for emancipation: A minor's parents must be deceased, or the minor must be married or enlisted in the armed forces to be granted independent legal status.

When the hospital wouldn't authorize an epidural, Sweeney called the office of Cuyahoga County Children and Family Services; oftentimes an agent from children's services can sign for medical consent in these cases. But it was 3 a.m. The young woman was in active labor and an agent couldn't make it to the hospital until 9 a.m.

Sweeney remembers how hard to was to tell her patient the news.

"I had to go in, sit down with her and talk about the fact that she wasn't going to be able to get an epidural, and she was going to have to do this naturally," Sweeney says.

That's when the young woman broke down, Sweeney says, and folded in on herself in tears.

Throughout the U.S., minors are generally required to have permission from their parents or legal guardian before they can receive most medical treatment. However, each state has established a number of exceptions.

According to the Guttmacher Institute, 26 states allow minors 12 and older to get prescription methods of contraception without a parent's or guardian's consent, and just two allow minors to consent, on their own, to an abortion. Ohio is one of 13 states that has no explicit policy allowing a minor to consent to prenatal and pregnancy-related care.

Diana Thu-Thao Rhodes directs public policy for Advocates for Youth, an advocacy organization that focuses on, among other things, the rights of minors to get access to health care. She says in the last few years, minor-consent laws in some places around the country have become increasingly restrictive.

"We can legislate minors' decision-making much easier because of the fact that they are minors," says Thu-Thao Rhodes.

What This Teen Mom Wishes She'd Known Before She Got Pregnant

Dr. Michael Cackovic, an obstetrician at The Ohio State University Wexner Medical Center, says every couple of months he sees a teenage mom who, under Ohio law, is unable to receive elective treatment, like an epidural. He says it's frustrating to see patients in unnecessary pain.

"First of all, from a labor and delivery standpoint, you don't like to see anybody uncomfortable," Cackovic says.

Both Cackovic and Sweeney report that, just as frequently, they've had cases where the mothers intentionally denied their teenage daughters an epidural – as a sort of punishment for getting pregnant.

All Cackovic can do is try to talk them out of it.

"To take the mom aside," he says, "and say, 'You know, this isn't some life lesson here. This is basically pain — and there's no reason for somebody to go through that.' "

This gap in Ohio law bars a young mother from choosing a C-section. And she can't consent for a procedure to test for chromosomal abnormalities in the fetus.

Cackovic says he thinks that's pretty backward: After she gives birth, the teenage mother can consent to the care of her baby, but she can't consent to the prenatal procedure that would help pinpoint a diagnosis.

There is no way to know for sure how many teens across the country are denied these elective procedures. Thu-Thao Rhodes says in states like Ohio these young patients have been overlooked by lawmakers because they're not in a position to advocate for themselves.

"The priority for a lot of these young people is to just get the basic health care and services they need," Thu-Thao Rhodes says, "not spending unnecessary, and often unavailable, time and resources navigating complicated healthcare and legal systems."

Two Ohio lawmakers, Reps. Nickie Antonio and Kristin Boggs, are currently working to fix this oversight with a state bill, HB 302, that's progressing through the Ohio House and would allow pregnant minors to consent to health care from the prenatal stage through delivery.

This story was produced in partnership with WOSU and Side Effects Public Media, a reporting collaborative focused on public health.

An earlier version of this story incorrectly described Maureen Sweeney as a nursing student when she first encountered the pregnant teen who wanted an epidural and couldn't get one. Sweeney was actually an RN at the time.