Accessibility links
For Children With Severe Anxiety, Medication Plus Therapy Work Best : Shots - Health News Children and teens with severe anxiety benefit most from both psychotherapy and medication, a study finds. But it can be hard for families to find and pay for high-quality therapy. 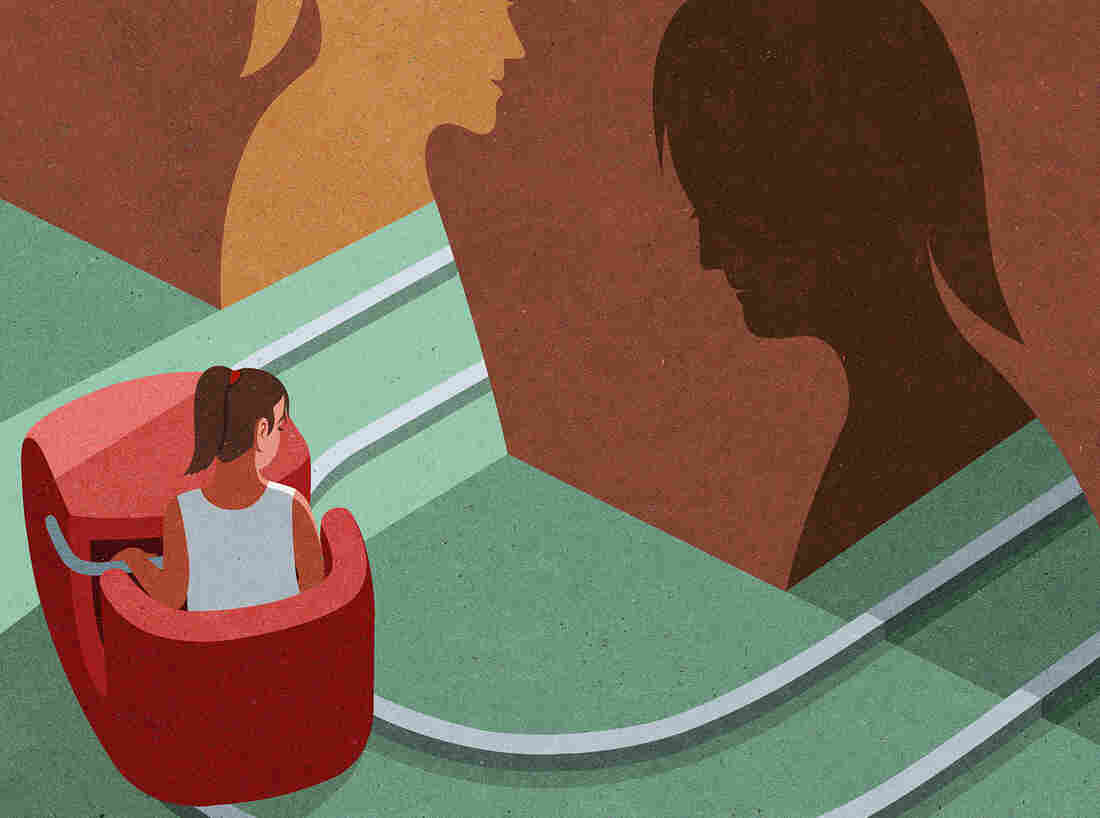 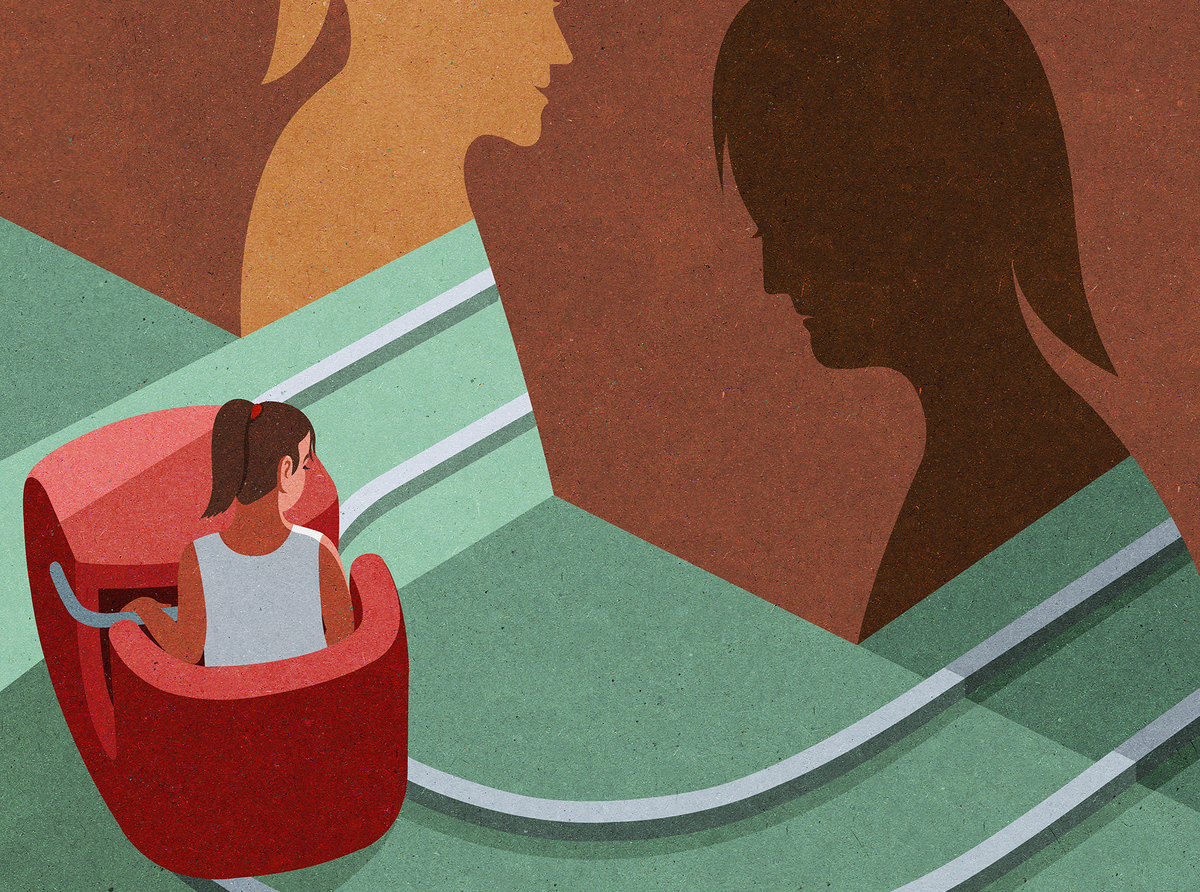 Anxiety medication might make therapy easier for teens who are suffering from severe symptoms.

Teens and children struggling with anxiety are often prescribed medication or therapy to treat their symptoms. For many, either drugs or therapy is enough, but some young people can't find respite from anxious thoughts. For them, a study suggests that using both treatments at once can help.

The study, published in the Journal of Clinical Child & Adolescent Psychology on Monday, analyzed data from a large clinical trial of 488 people ages 7 to 17 diagnosed with anxiety disorders. The trial compared therapy, an anti-depressant called sertraline (brand name Zoloft), the combination of both, and a placebo. Pfizer, which manufactures Zoloft, donated both the sertraline and the placebo pills to the study.

"Earlier research suggested [therapy] and medication were effective approaches with an overall similar level of efficacy," says Eli Lebowitz, a psychiatrist at Yale University and an author of the study. "But that's only true for some anxious children and not for others."

According to the study, the ones who didn't do so well on only one treatment were the ones with the most severe symptoms. Fear stops them from talking to another person or, for those with separation anxiety, drives them to avoid being alone at any cost. The thought of what their peers are saying about them or thinking about them can anchor those with a social anxiety at home when they need to be at school. To them, the sources of their anxiety are often not possibilities of what might be, but feeling certain that something bad will happen. The dread of what is coming can literally shake them and make them sweat and vomit.

It's important to address these issues early. That's because without treatment, childhood anxiety can stretch into adulthood, says Dr. Jeffrey Strawn, a child and adolescent psychiatrist at Cincinnati Children's Hospital Medical Center who did not work on the study. "They are at higher risk of developing depressive disorders or secondary anxiety disorders. So if I have generalized anxiety disorder, I have an increased risk of developing social anxiety or a panic disorder," he says.

For many of the study participants with extreme anxiety, the feelings could be reduced but still persisted at a debilitating level even with a specialized psychotherapy called cognitive behavior therapy or when on the antidepressant. "If they got both [therapy and medications], they had a good chance of getting better. If they only got one, they were no more likely to be [free of an anxiety disorder] than children who only got the placebo," says Lebowitz.

The study confirms what many clinicians have long felt is the best way to treat children with severe anxiety, says Strawn. "For the most severe cases of anxiety, most prefer the combination treatment already, I think [based on] clinical intuition. It's just that we didn't have explicit data supporting that until this study," he says.

With this new evidence, Strawn says that clinicians should consider offering an unequivocal recommendation for treatment when they see a patient with severe anxiety. "What this study tells me is that it's probably better to lay out a recommendation and why you're making this recommendation based on the evidence," he says. "I think what a lot of my colleagues do is say, 'We can try the cognitive behavior therapy or the sertraline or we can try this combination approach.' "

Researchers don't know why the combined treatments could do what only one failed, says Dr. Jerome Taylor, a psychiatrist at the University of Pennsylvania and the lead author on the study, but they have some ideas. "Meds reduce the level of anxiety, we do know that. It's possible that helps [the patients] engage more in the therapy where they couldn't before," he says.

"[Cognitive behavior therapy] is not feel good therapy," Lebowitz adds. "We're asking you to practice the thing you fear most. That's a lot to ask of a child." At times, the anxiety is so powerful that the patient cannot participate in the therapy or even attend. Medication might make therapy easier and more productive, the researchers think, and the therapy may help the response that patients get from the medicine.

The bottom line is that severely anxious kids should get both treatments to have the best chance of getting better, but it's also not always possible, Strawn acknwledges. "The access to truly skilled therapists doing evidenced-based therapy is tremendously limited," he says. "We're talking about children and adolescents who are in school for the bulk of their day." A therapist working five days a week would only be able to see a handful of young patients each week, and there aren't very many child and adolescent therapists who are skilled at specialized therapy.

Financial cost may be prohibitive, too, as insurance panels may not always cover the therapy, Taylor says. "We do know that both would give the kid the best chance of getting better," he says. "But if you can't do both – then what are you willing to do?" If the combination isn't an option, Taylor says doing at least one can still yield positive results.

The study was primarily funded by the National Institutes of Health.