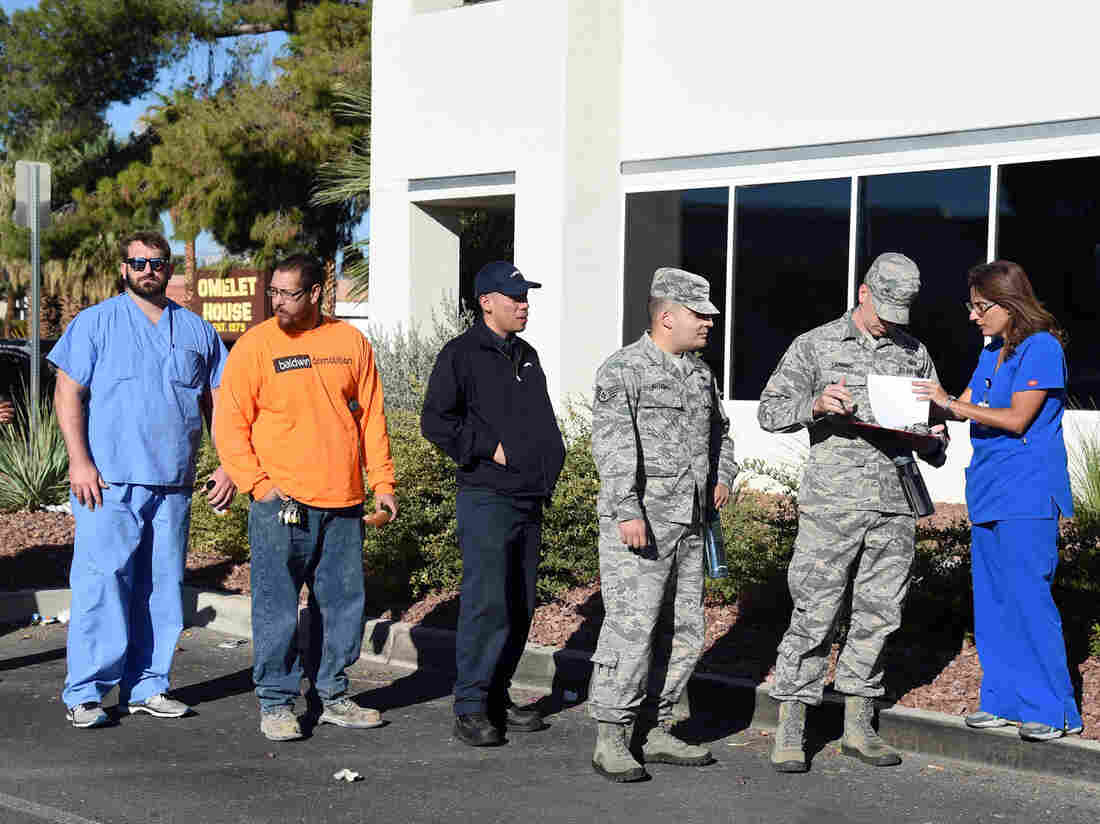 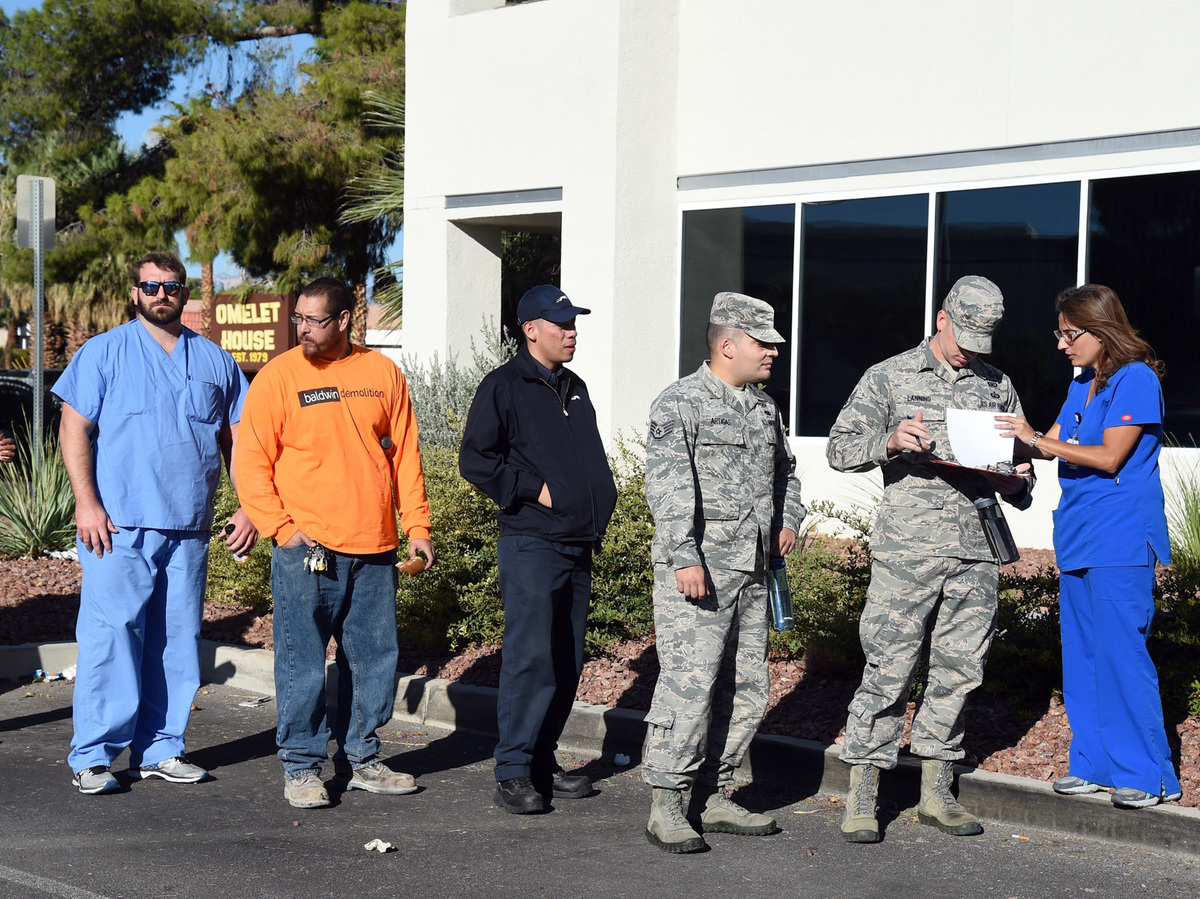 People line up to donate blood at a special United Blood Services drive at a University Medical Center facility to help victims of the mass shooting Sunday in Las Vegas.

Hospitals across the Las Vegas area were inundated Sunday evening when hundreds of people injured in the mass shooting at a country music festival on the Strip arrived at their doors by ambulances and private car.

And hundreds of doctors, nurses, and support personnel were called into work to help handle the patients that were lined up in ambulance bays and hallways, officials say.

Following the shooting, Clark County Sheriff Joseph Lombardo said at least 58 people had died and 515 were injured after a gunman opened fire on thousands of people at a crowded outdoor concert.

While the numbers still may be in flux, they are enormous by any standard.

Sunrise Hospital and Medical Center saw 180 people who were injured in the shooting, including 124 people with gunshot wounds, according to Dr. Jeffrey Murawsky, the hospital's chief medical officer. It's the closest hospital to the site of the shooting and is a Level 2 trauma center, which means it can provide definitive care for all injured patients.

St. Rose Dominican hospital in nearby Henderson treated another 58 patients, five of whom are in critical condition, according to spokeswoman Jennifer Cooper.

The victims need blood donations, local officials say, and people are lining up to give.

"No one can say they've seen anything like this," Sunrise's Murawsky told All Things Considered on Monday. "We've seen events that have brought us 30 patients at once."

He said 100 extra doctors were called in to work Sunday night, along with another 100 people including nurses, technicians, and support staff.

At University Medical Center, patients were being triaged in the ambulance bays, Cohen told CNN. The hospital has an 11-bay trauma center, with three operating bays, as well as regular surgery suites, which they likely used in this situation.

"We can get patients from an ambulance into the OR [operating room] in one minute," Cohen says.

As reports of the gunfire emerged shortly after 10:30 p.m. PST Sunday, the city's trauma centers began calling in extra personnel.

People working in trauma centers train for such emergencies and would know they're likely to have to report to work as soon as they heard about the shooting on the news or social media. But still, the scale of this incident may have been surprising. "When you think of more than one hundred shooting victims, ballistic injuries, that is an absolute giant number," says Bruno Petinaux, the chief medical officer and co-chair of emergency management at the George Washington University Hospital in Washington, D.C.

A Familiar, Partisan Response In Congress To Las Vegas Massacre

Petinaux says trauma centers have incident command structures in place to determine what kinds of people they need. A mass shooting is very different than a chemical incident or a fire.

In Las Vegas on Sunday, calls were likely going out to surgeons first, but not just surgeons. "Surgeons don't work in a vacuum," Petinaux says. "We're now talking anesthesiologists, we're talking about nurses, we're talking about even pharmacists coming in. You may need to bring in more cleaners to help clean the OR and turn it around quickly."

The Southern Nevada Health District, which includes Las Vegas and Clark County, has a 65-page trauma system plan that lays out how emergency responders and hospitals should communicate, work together, and divide responsibilities in a mass casualty situation.

Most major cities have such a plan, says Ian Weston, executive director of the American Trauma Society, which advocates for victims of trauma and the trauma care system.

"Hospitals are prepared to build capacity," he says. "They'll get the most critical patients into surgery quickly, they'll stabilize more in the ER and some will even be treated in the lobby."