Accessibility links
Neanderthal DNA Can Affect Skin Tone And Hair Color : Shots - Health News Calling someone a Neanderthal because of his coarse manners or brutish looks may seem like fun. But be careful. Neanderthal DNA persists inside many of us. 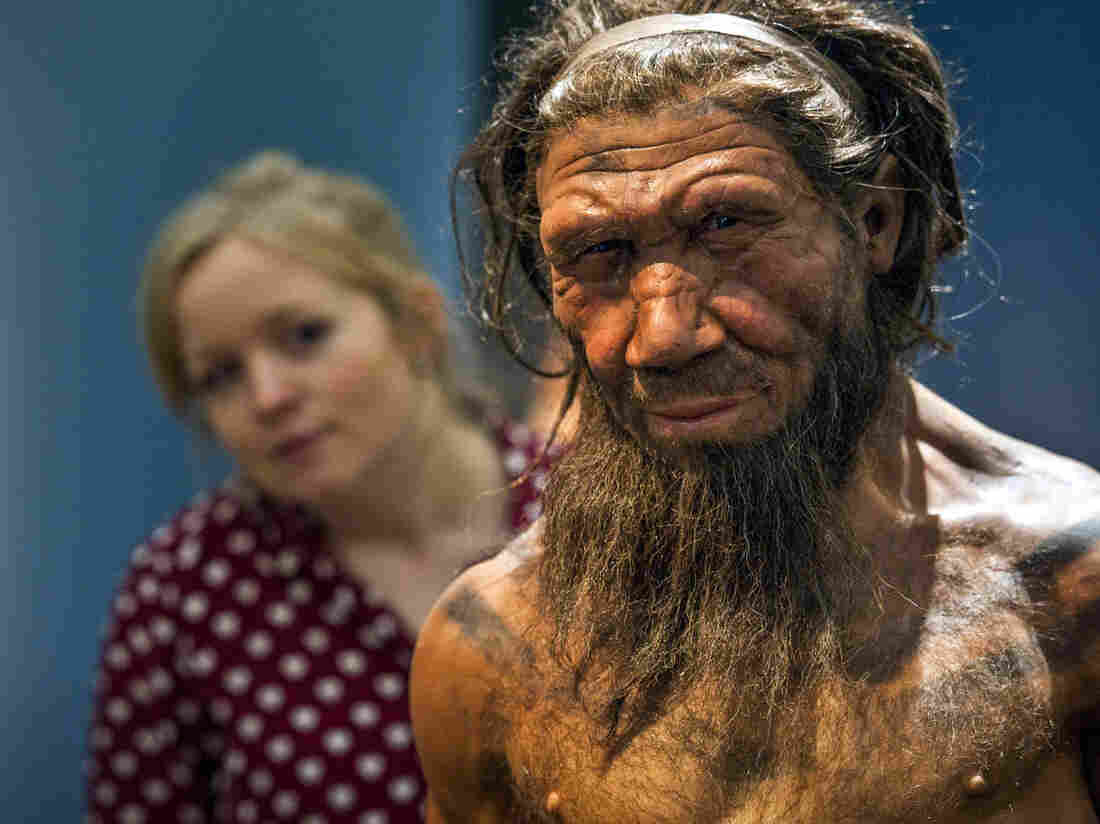 An employee of the Natural History Museum in London peeks at a model of a Neanderthal male in his 20s on display for a 2014 exhibition. Will Oliver /PA Images via Getty Images hide caption 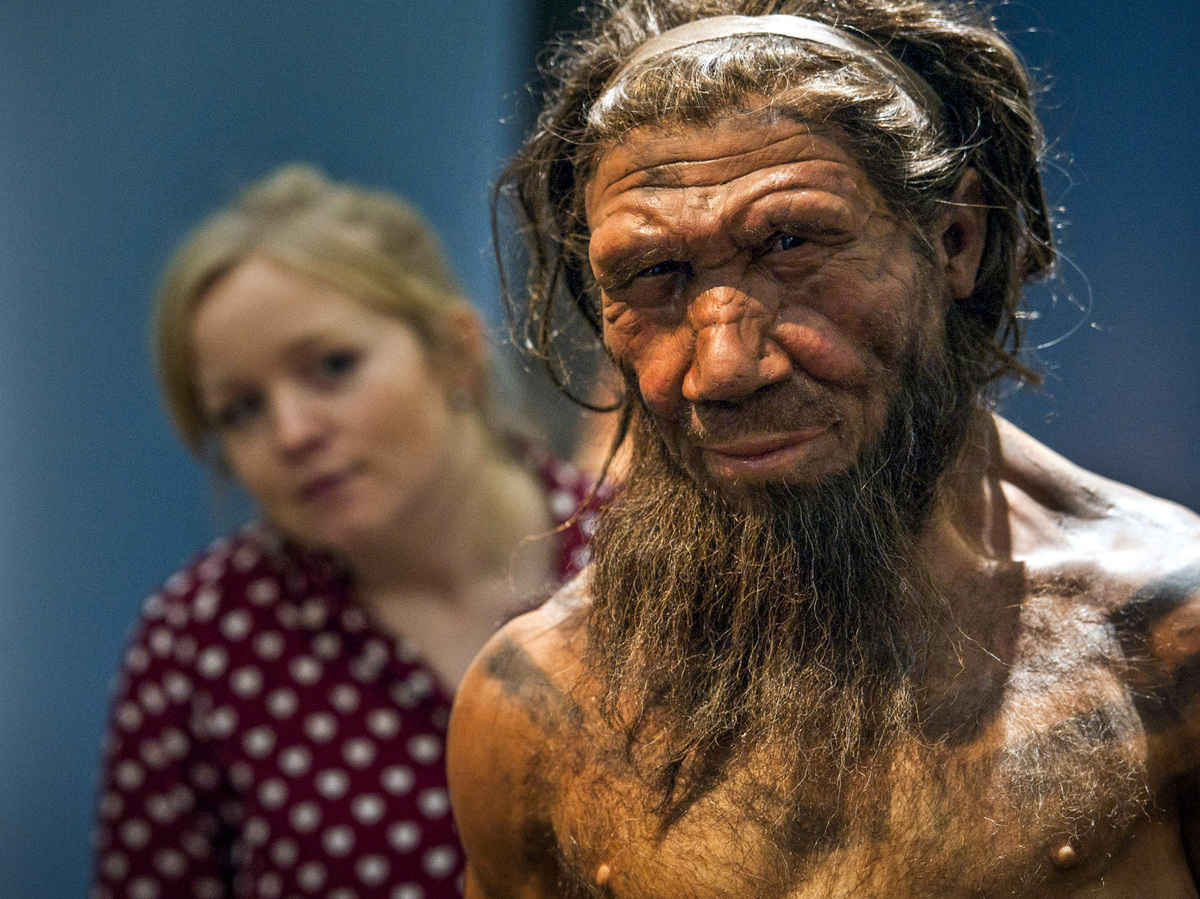 An employee of the Natural History Museum in London peeks at a model of a Neanderthal male in his 20s on display for a 2014 exhibition.

Neanderthals died out some 30,000 years ago, but their genes live on within many of us.

DNA from our shorter, stockier cousins may be influencing skin tone, ease of tanning, hair color and sleeping patterns of those of present-day Europeans, according to a study from the Max Planck Institute for Evolutionary Anthropology published Thursday in the American Journal of Human Genetics.

Scientists estimate that more than a few Homo sapiens ran into Neanderthals tens of thousands of years ago in Eurasia. They liked each other well enough to mate, and now Neanderthal DNA is thought to make up between 1 and 3 percent of the genetic code of most people who aren't indigenous Africans.

Computational biologist Michael Dannemann, the lead author on the latest paper looking at the Neanderthal DNA that persists in modern humans, says that he wondered, well, does it do anything?

He and his colleagues looked for associations between Neanderthal DNA and human appearance and behavioral traits. The researchers analyzed information from over 100,000 people in the UK Biobank, a database that contains genetic information and people's answers to an extensive questionnaire, including questions about physical appearance and behavior.

Interestingly enough, many of the traits have something to do with sun exposure. Dannemann says it's speculative still, but there may be some logic to it. The paper explains that Neanderthals lived in Eurasia for about 100,000 years before some modern humans arrived, giving them more time to get used to a wider range of daylight and lower UVB levels. According to the paper, skin, hair color, and circadian rhythm — all traits associated in the study with Neanderthal DNA — are linked to light exposure.

But, before making a leap and blaming your Neanderthal genes for your hair color, there's more to the story.

Dannemann points out that you can look at someone's genes and have a hard time telling if she's tall or short — most human traits are determined by multiple genes working together. When it comes to skin tone, he says, several different parts of genetic material impact it, only some of which come from Neanderthals.

"It's not any single gene that makes a huge difference ... It's not like morning people have one thing and evening people have another," says anthropologist John Hawks, of the University of Wisconsin–Madison. "It's many genes. Each of them has some small effect. This study is pointing out that, hey, there's one of these [genes] that has a small effect coming from Neanderthals."

Dannemann says they found multiple Neanderthal genes that affected hair and skin tone, some lighter and some darker. He says this suggests that Neanderthals themselves may have had variation in those traits too, meaning, maybe they too had a range of skin and hair tones.

Hawks say that this study reminds us that Neanderthals weren't so different from us. "My take on this is that it's showing the ways in which Neanderthal genetics, the genes we inherited from Neanderthals, are part of normal human variation," he says. "They're not super weird things that make people different. They're part of these normal phenotypes."

He also points out some limitations in the latest work: All the data are from the U.K. Dannemann also says that much of the previous research studied people of European ancestry.

He adds that there's an increasing number of biobanks and databases like the one in the U.K. that include genetic information along with traits, "I think mining those and learning more about the contribution of Neanderthals to human traits is certainly something that's still interesting."