Accessibility links
Fires In California Wine Country Complicate A Birth : Shots - Health News Wildfires that spread quickly in Northern California meant that hospitals had to evacuate on the fly. One woman in the middle of childbirth tells her story. 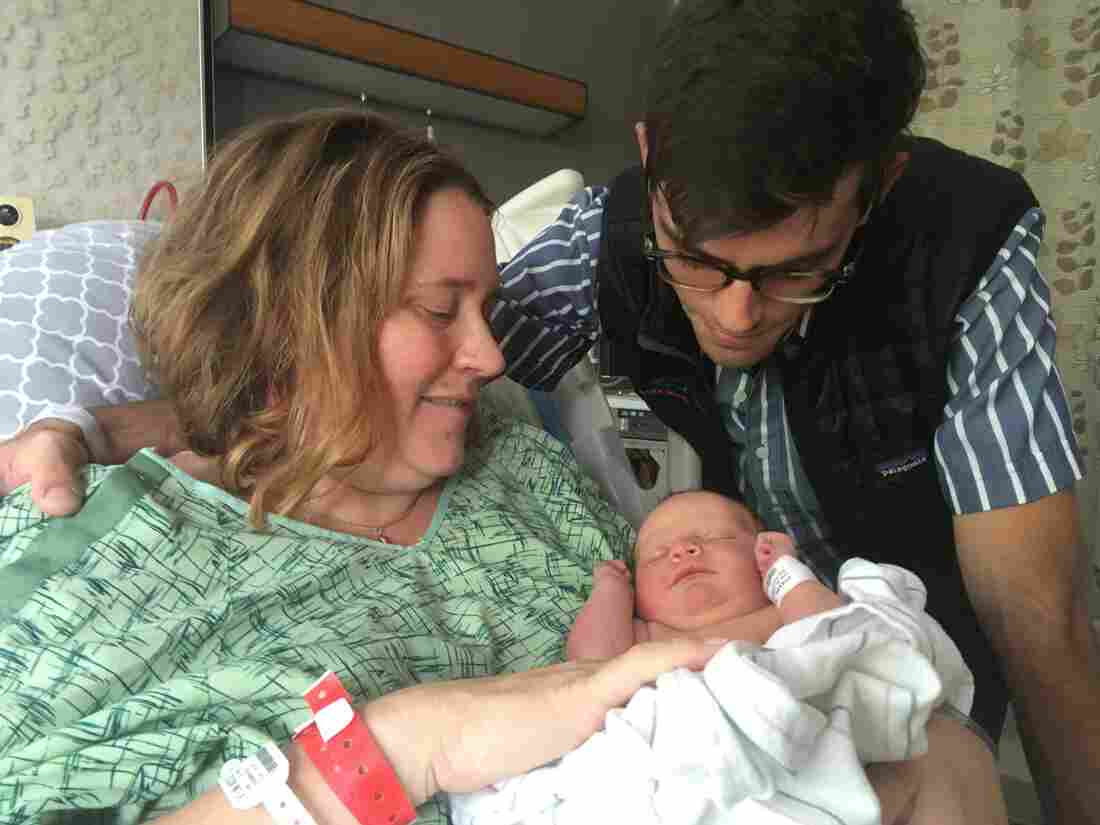 Nicole and Ben Veum and baby Adrian, who was born after Nicole had to be evacuated from a hospital because of a fire that swept through Santa Rosa, Calif. April Dembosky/KQED hide caption 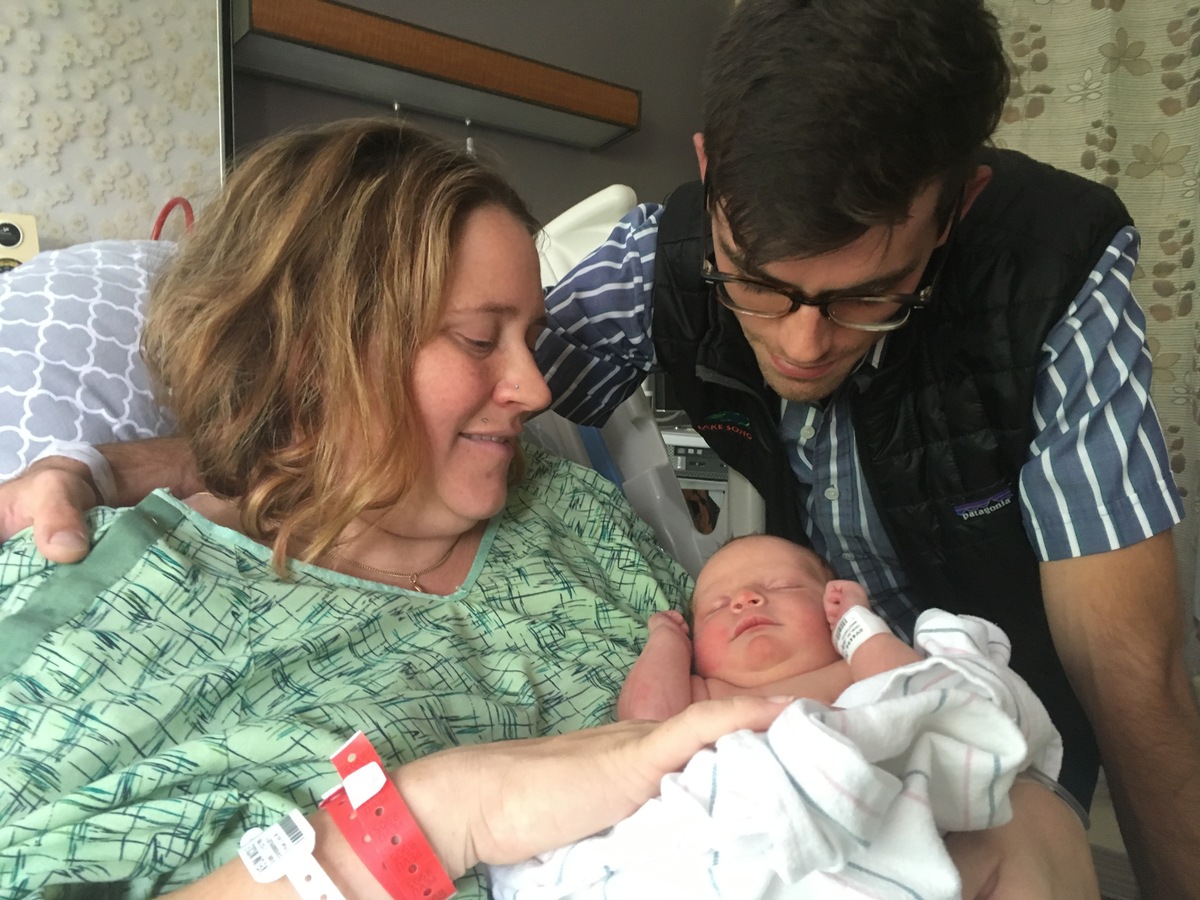 Nicole and Ben Veum and baby Adrian, who was born after Nicole had to be evacuated from a hospital because of a fire that swept through Santa Rosa, Calif.

Days before there was any sign of fire, Nicole and Ben Veum, who live in Santa Rosa, Calif., had already been waiting and waiting for their baby to arrive.

Nicole's due date came and went. Her doctor called her in to the hospital — Sutter Santa Rosa Regional Hospital — to induce labor. That was Friday.

"So we were very excited at that point," she says. "And then day after day after day, with not a whole lot of progress."

The doctors and nurses tried three different ways of inducing labor. Then, on Sunday, the third day, with the third attempt, it started working.

"And then finally I am in a great rhythm," she says. "We're all excited. They're talking about breaking my water."

Her contractions were coming strong, every four to five minutes.

"Things are rolling," Ben says. "We're getting good checks from the nurses. We started to get in the mood to play some music — a little bit of opera."

They had just turned on Pavarotti when the hospital power went out. The generators clicked on. Out of seemingly nowhere, fires had started ripping through houses and businesses in Santa Rosa.

"There was a ton of smoke in the hospital," Nicole says. "You could see it and smell it."

The nurses said the buildings around the hospital were in flames and they had to evacuate. Eighty patients from Sutter and 130 patients from Kaiser were transferred to other hospitals in the area on Monday, including Santa Rosa Memorial and Kaiser San Rafael.

Nicole Veum had just received an epidural when the evacuation orders came through.

"I couldn't walk or move, which was just not cool," she says. "I didn't like that part. I felt really vulnerable."

The staff gave Nicole medication to stop her contractions.

"We were like, 'Noooo!' It was the worst news," she says. "To have tried for three days and then OK, here's the shot that's going to end all of that."

Then, Nicole had to wait again for an ambulance.

It was hours before dawn, and Nicole lay on a gurney by the docking bay, feeling paralyzed, in a line of would-be evacuees. There were so many patients that needed to be transported, and by the time her turn came, she had to share the ride with another woman in labor and a third with a newborn in her arms. That left no room for her husband.

"The charge nurse explained, 'This is a disaster. We're following disaster protocol and no spouses or birth teams or anything are going along on the ambulance,' " Ben says. "And there was a part of me briefly that was like — but I'm a dad. I'm going to be a dad. This is us."

Ben waited for the city bus, and was soon reunited with Nicole at Santa Rosa Memorial. By that point, her labor was at a standstill.

They gave it 12 more hours, then agreed to a C-section. On Tuesday, they cradled their healthy baby boy. Their house is OK, though the restaurant where Ben works is gone. But for now, they're just thinking about their son, Adrian. They even entertained some middle name nominations from their friends.

"They wanted us to call him Adrian Fuego Veum, or Blaze Veum," Nicole says.

But Nicole is a big Los Angeles baseball fan, and she and Ben decided to stick with their original name plan: Adrian Dodger Veum.