Accessibility links
As Enrollment Opens For ACA Plans, States And Insurers Step Up Promotion : Shots - Health News The federal government has all but dropped out of marketing the Affordable Care Act, so states, corporations and private groups are stepping up. Some are going cute, while others get serious.

Can a puppy video get you to buy health insurance through the Affordable Care Act exchanges? Florida Blue, a major insurer in that state, hopes the answer is yes.

Shop Around: Subsidies May Offset Your 2018 Health Insurance Price Hike

According to a Commonwealth Fund analysis, Hispanics have seen the biggest increase in number of people insured of any ethnic group since the Affordable Care Act was passed. One zip code in the heart of Cuban Miami saw the most marketplace signups of any zip code in the country a couple of years ago. And market research shows that Latina women are very active video sharers.

Open enrollment for health insurance on the Affordable Care Act exchanges exchanges starts Wednesday. For anywhere from six weeks to a few months, depending on the state, people can buy plans on the individual markets for 2018.

But the Trump administration has cut the ACA advertising budget by 90 percent, as well as money to pay navigators, people who help customers pick a plan and enroll.

So across the country, municipalities, insurers and grassroots organizations are working even harder to to get the word out that the ACA is still in place. That explains the puppies.

California also sees Latinos as a key group for outreach, reports KQED's April Dembosky. The video strategy of Covered California, that state's marketplace, is a little different, emphasizing how important insurance is for unexpected illness.

In Phoenix, Ariz., KJZZ's Will Stone reports that the Arizona Public Interest Research Group is part of a grassroots coalition advertising open enrollment. They are hoping to get younger people to sign up, because younger people tend to be healthier and less expensive and insurance pools need them to help pay for older and sicker people. 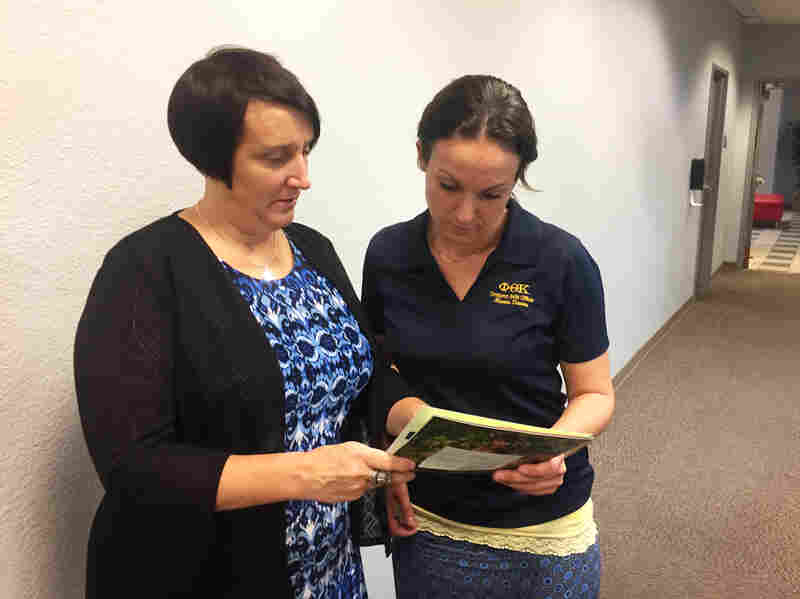 Diane Brown, executive director of the Arizona Public Interest Research Group, talks to college students about the benefits of buying health coverage on the exchanges. Will Stone/KJZZ hide caption 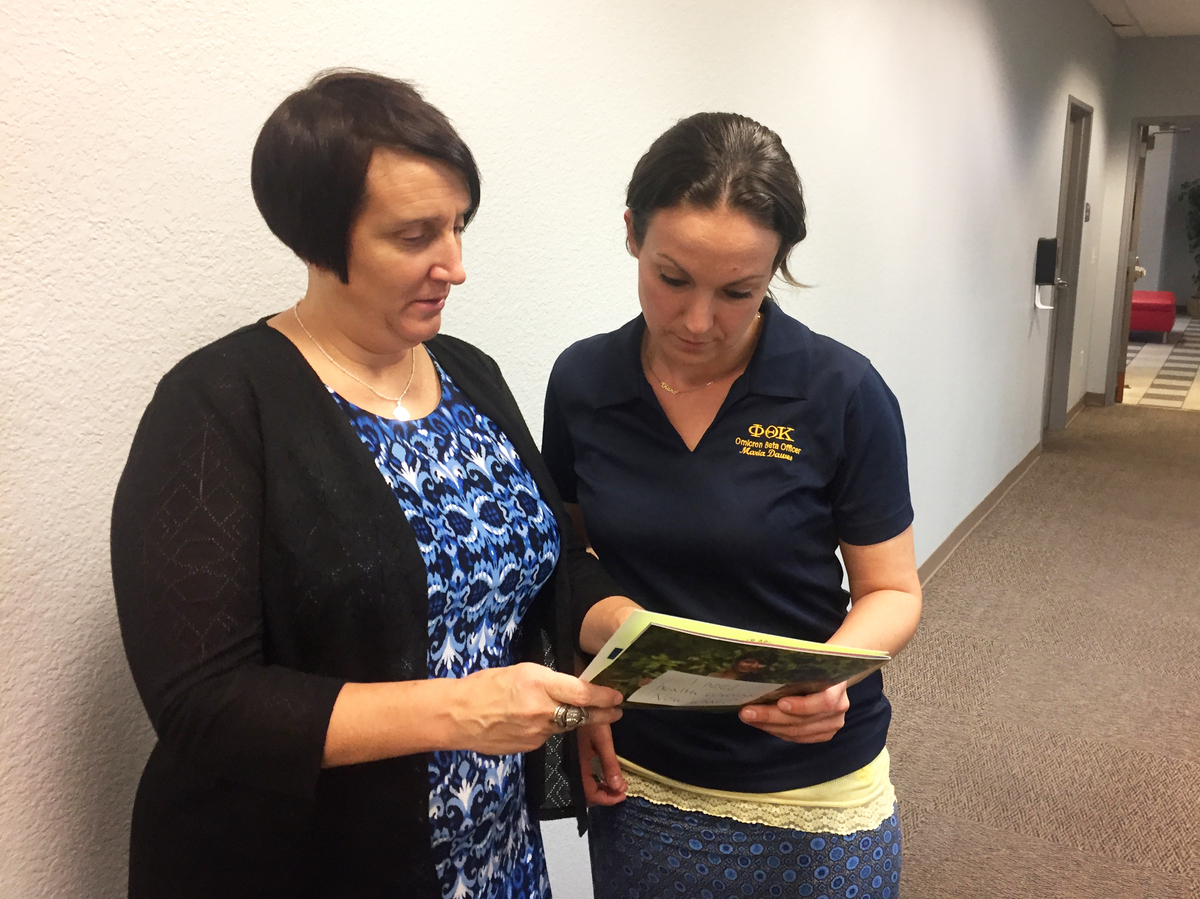 Diane Brown, executive director of the Arizona Public Interest Research Group, talks to college students about the benefits of buying health coverage on the exchanges.

But Diane Brown, who heads Arizona PIRG, says consumer confusion over health insurance, complicated enough to wade through on a good day, is exacerbated by the political wrangling over the ACA.

Pennsylvania's insurance commissioner's office is spending some of its department's budget on education, including setting up its own online tool to help guide consumers through how to pick a plan, reports Elana Gordon from WHYY.

And in Tennessee, Blake Farmer of Nashville Public Radio says that even though the navigator budget was cut, it was cut only by 15 percent and the state found enough savings in other places to keep roughly the same numbers.

Moving along to Texas, KUT's Ashley Lopez finds that in the bigger cities, local taxpayers are filling in the gap. Austin is spending a lot more money this year on outreach efforts. Michelle Tijerina works for Central Health, which provides health care for low-income people in Travis County and is funded by local property taxes.

Tijerina says Central Health is also hiring twice as many people this year to help folks sign up once enrollment starts.