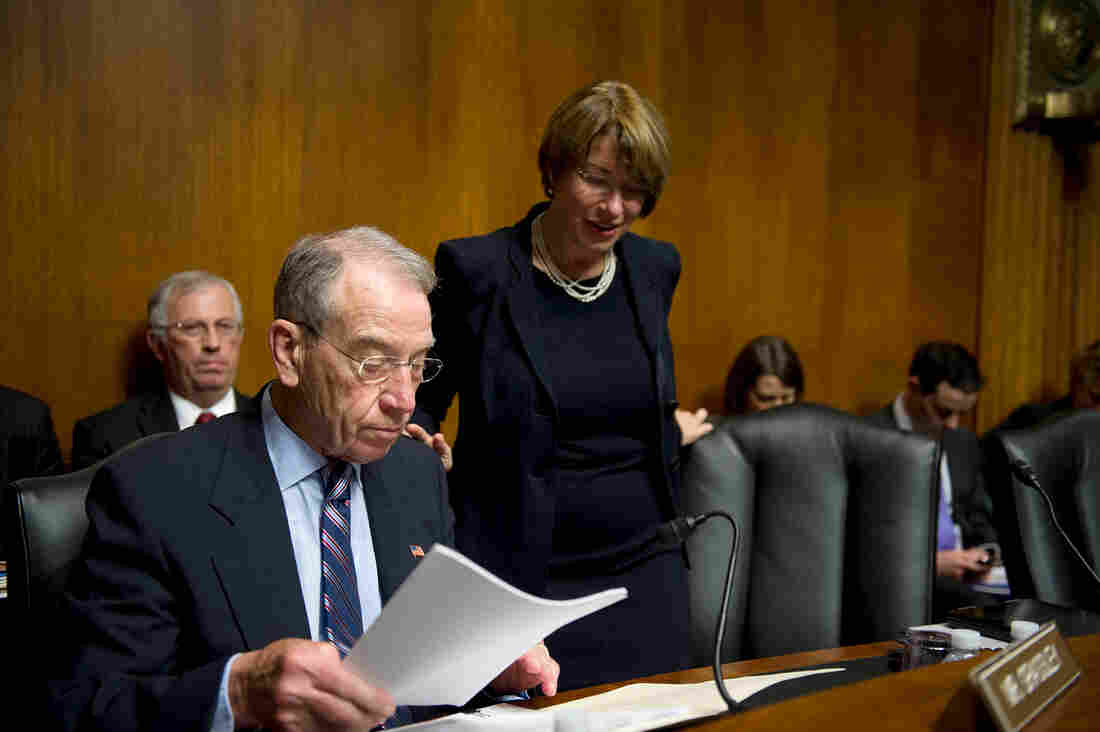 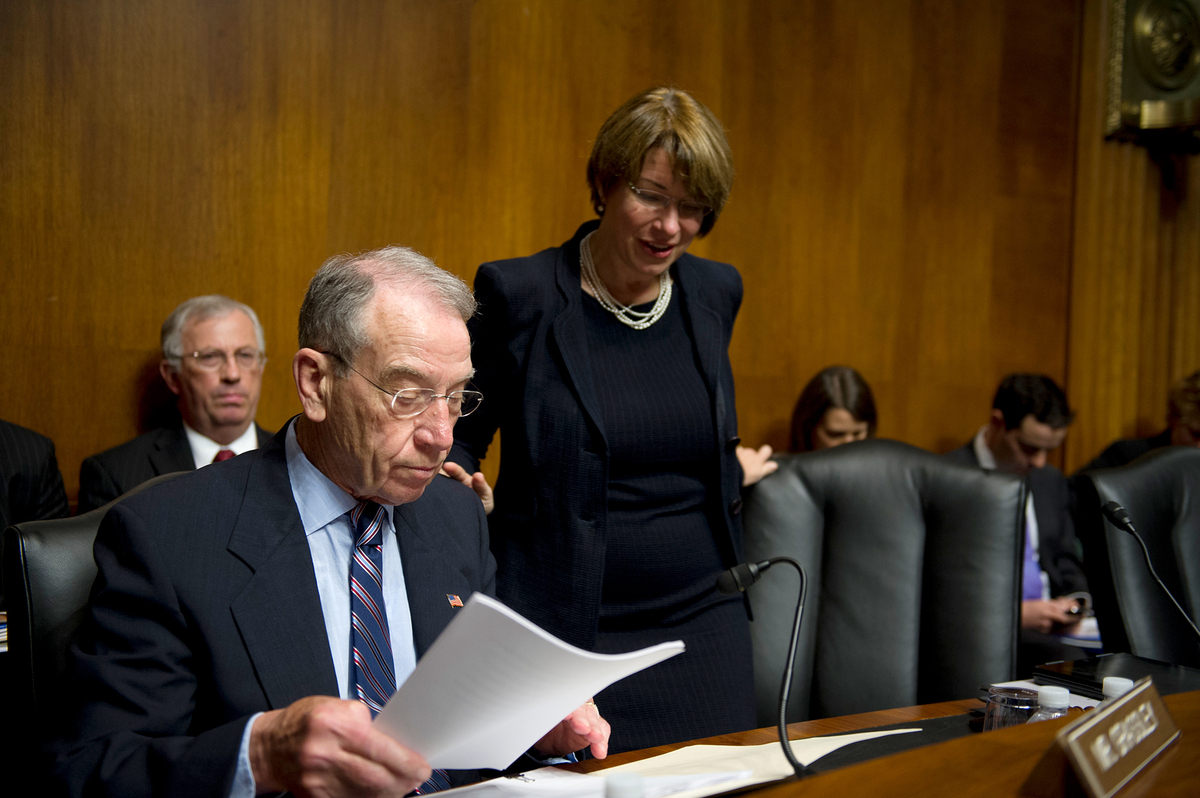 Republican Sen. Charles Grassley of Iowa and Democratic Sen. Amy Klobuchar of Minnesota want drugmakers to stop wasting money by making eyedrops that are too big.

The bipartisan effort by Sens. Amy Klobuchar, D-Minn., and Chuck Grassley, R-Iowa, calls for the Food and Drug Administration and the Centers for Medicare and Medicaid Services to come up with a plan to reduce the waste, which is estimated to cost billions of dollars a year.

"With the skyrocketing costs of prescription drugs, American taxpayers shouldn't be footing the bill for medicine going to waste," Klobuchar said in a press release announcing the bill, known as the Reducing Drug Waste Act of 2017. Sens. Dick Durbin, D-Ill., and Jeanne Shaheen, D-N.H., are co-sponsors of the legislation.

Grassley called it "common sense" legislation. "It's no secret that wasteful health care spending is a significant contributor to the rising cost of health care in the United States," he said in the release.

Drug Companies Make Eyedrops Too Big, And You Pay For The Waste

ProPublica's story showed how drug companies force patients to pay for expensive liquid medications, such as eyedrops and cancer drugs, which are produced or packaged in ways that lead to waste. Drug companies have known for decades that eyedrops are larger than what the eye can hold — sometimes two- or three-times too big. As a result, the excess medication overflows the eye and runs down users' cheeks or is ingested through their eye ducts. This waste causes some patients to run out of medicine before their insurers allow them to refill their prescriptions.

Some of the largest producers of eyedrops — from expensive vials for eye conditions like glaucoma to over-the-counter drops for dry eyes — have done research to show that smaller drops work just as effectively. But they have continued to produce larger drops. Novartis, owner of Alcon, one of the leading eye care companies, said the larger drop size allowed a margin of safety to help patients administer the drops. Other eyedrop makers declined to comment.

ProPublica also examined how the packaging of cancer drugs often results in some of the drug being tossed in the trash. The drug company Genentech, for example, switched this year from shareable vials of its cancer drug Herceptin to single-use vials, causing excessive waste. One California cancer center estimated the change would lead to an average of $1,000 in wasted medicine per patient, per infusion. Patients are billed for such waste.

ProPublica also cited research led by Dr. Peter Bach, director of the Center for Health Policy and Outcomes at Memorial Sloan Kettering Cancer Center in New York. Bach's study, also reported in 2016 in The New York Times, found that single-use cancer vials wasted nearly $3 billion annually in cost increases and medicine that must be thrown away.

"From cancer drugs to expensive eye-drops, many drug companies insist on selling their products in excessively large, one-size-fits-all vials that contain more medicine than the average patient needs," said Durbin, one of the lawmakers sponsoring the bill. "This is a colossal and completely preventable waste of taxpayer dollars, and it means American patients and hard-working families are paying for medication that gets tossed in the trash."

The waste in the packaging of liquid medications is part of an ongoing ProPublica series. In recent months, ProPublica has written about hospitals throwing away brand new supplies and nursing homes flushing perfectly good medication. We have also looked at drug companies combining cheap medications and charging a premium for it. And we explored the arbitrary way drug expiration dates are set, resulting in the disposal of tons of still safe and potent medication.

Bach's study proposed making drug companies produce vials in additional sizes, so they could be delivered in a way that's more efficient, or requiring drug companies to give rebates on unused medicine. He said it's too early to know what the federal government's solution would be, but the new bill is a positive step forward.

"This could be legislation that saves Medicare and sick patients a lot of money," Bach says.

Dr. Alan Robin, a Baltimore ophthalmologist whose research was featured in ProPublica's story, has been urging drug companies to reduce the size of their eyedrops for decades. When he heard Monday about the senators' proposed legislation, he started to cry.

"I'm literally crying with joy," Robin said. "I'm very concerned about both the cost issues associated with waste, the side effects on patients, and also the environmental impact of waste."

ProPublica is a nonprofit newsroom based in New York. You can follow Marshall Allen on Twitter: @marshall_allen