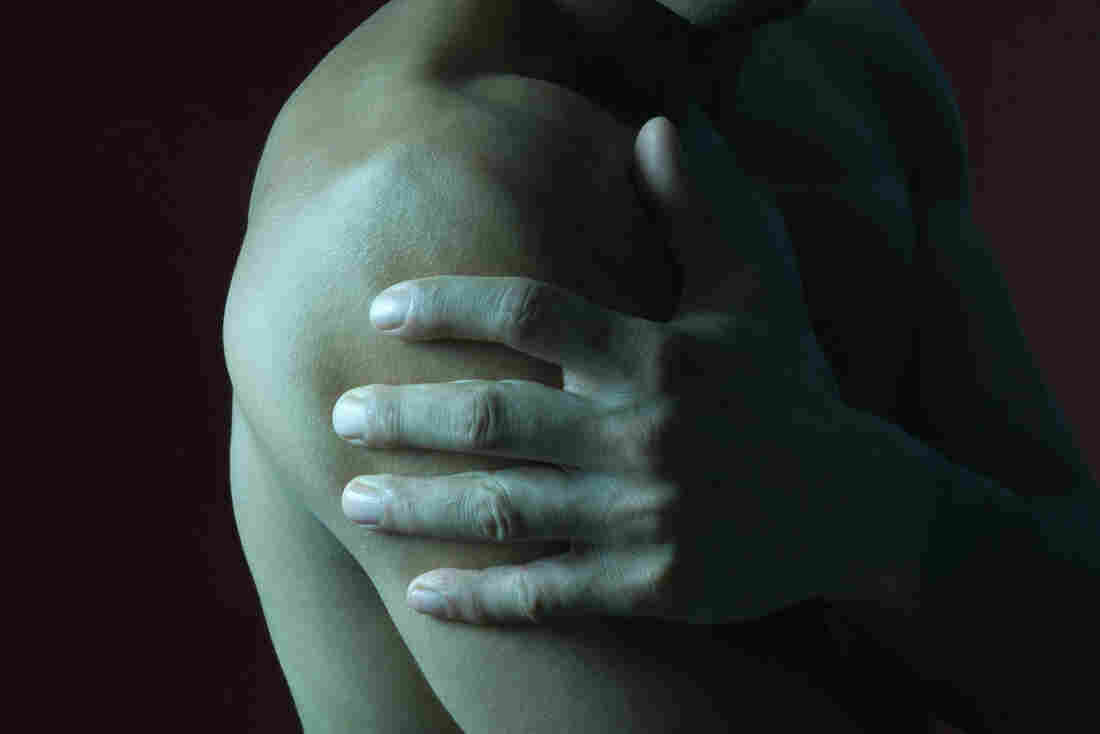 Doctors think the chronic pain of "shoulder impingement" may arise from age-related tendon and muscle degeneration, or from a bone spur that can rub against a tendon. Michele Constantini/PhotoAlto/Getty Images hide caption 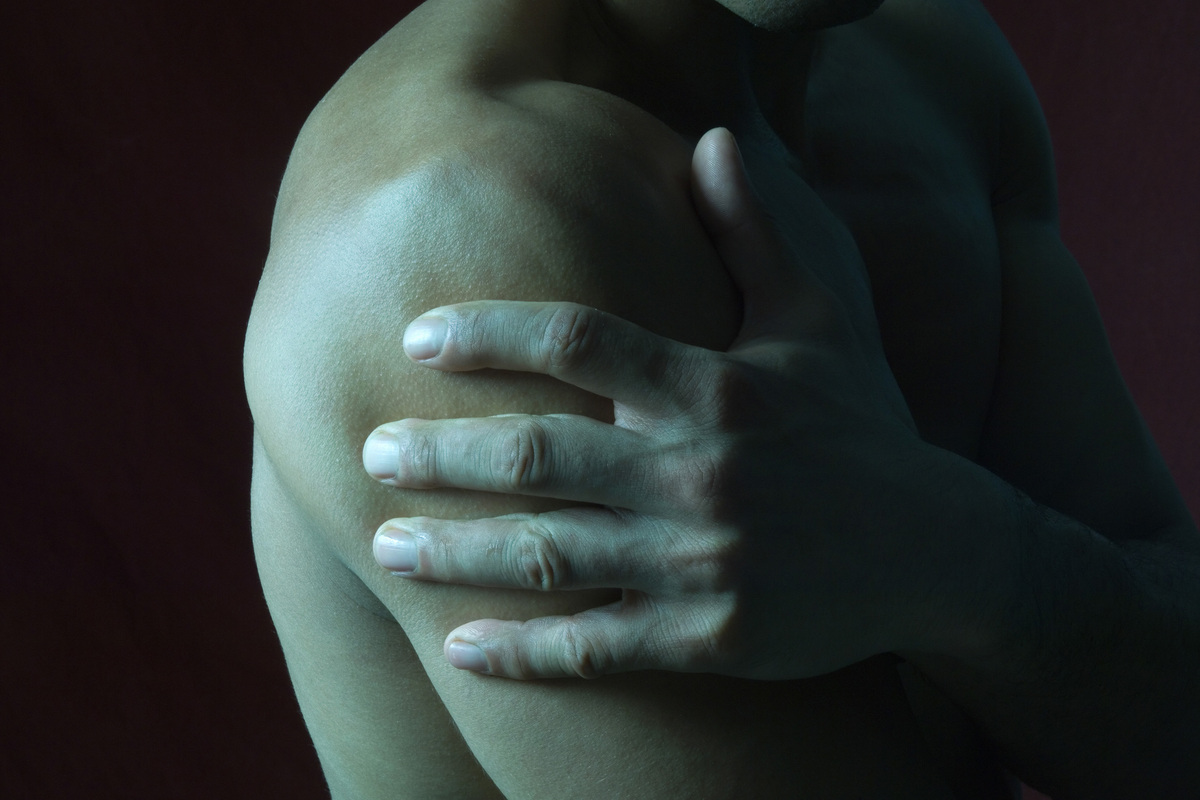 Doctors think the chronic pain of "shoulder impingement" may arise from age-related tendon and muscle degeneration, or from a bone spur that can rub against a tendon.

In the condition known as shoulder impingement, certain movements, such as reaching up to get something off a shelf, for example, or even scratching your own back, can be painful and get worse during a night of tossing and turning.

The precise source of pain isn't clear, says David Beard, a physiotherapist and researcher in evidence-based medicine with the University of Oxford in Oxford, U.K. These aren't patients who have pain because of a torn rotator cuff or other acute injury. Instead, doctors think the chronic pain may arise from age-related tendon and muscle degeneration, or from a ragged, extra bit of bone — a bone spur — that can rub against a tendon.

In an arthroscopic surgical procedure known as subacromial decompression, surgeons insert an instrument through a small hole in the shoulder to remove some of the bone and soft tissue. The idea, Beard says, is to reduce stress and open up the space — "theoretically relieving the pain."

The popularity of the procedure has increased dramatically across the United Kingdom, Beard says, and he wondered just how effective it was. So he and colleagues designed a careful test: They tracked the recovery of nearly 300 patients in hospitals in the U.K. who had suffered shoulder pain for at least three months, and who agreed to be randomly assigned to one of three treatment categories.

All the patients filled out questionnaires about pain and function. Then, a third of them got no surgical treatment at all. Another 30 percent got fake, "placebo" surgery — a hole was made in the shoulder but nothing was moved or removed. The final group underwent the actual surgery — a surgical instrument scraped out the area and removed extra bone.

After six months, when patients once again filled out surveys of their pain and function, those who got any surgery — either sham or "real" — responded essentially the same way, Beard says. "There was no difference between the placebo surgery and the surgery which took the bone and tissue away."

He says his findings, published Monday in the medical journal The Lancet, suggest doctors should rethink when and whether to do the procedure at all.

Dr. Richard Baron, president of the American Board of Internal Medicine Foundation, agrees: "One of the most important questions any patient should ask anytime they're thinking about having a surgical procedure is, what happens if I don't do this? Are there other options? What are the risks?"

The ABIM Foundation, in partnership with Consumer Reports, founded the Choosing Wisely campaign, which seeks to advance a national dialogue on avoiding wasteful or unnecessary medical tests, treatments and procedures.

In the case of this surgery, Baron says, useful treatment alternatives include medications such as over-the-counter anti-inflammatory drugs, physical therapy and even liniments that can help by making the skin tingle. "There's a whole neurological theory about how that helps with pain," Baron says.

Beard says he and his colleagues don't mean to completely dismiss surgery for this condition, but they think it should be a last resort. Surgeons, he says, should do more research to see precisely which patients, if any, benefit.

Dr. David S. Jevsevar, chair of the American Academy of Orthopaedic Surgeons' Council on Research and Quality, agrees that Beard's study is a good one — he'd just like to see it replicated in a larger group of people, to tease out whether a particular subset of people might be helped by the procedure.

"Most orthopedic surgeons," he says, "look at conservative treatment before jumping into surgery."