Accessibility links
People With HIV Assess Lingering Damage From Hurricane Harvey : Shots - Health News The hurricane closed pharmacies and clinics for a week or longer. Floodwaters spoiled drugs. People who fled to other states couldn't get their prescriptions filled for HIV medicine. 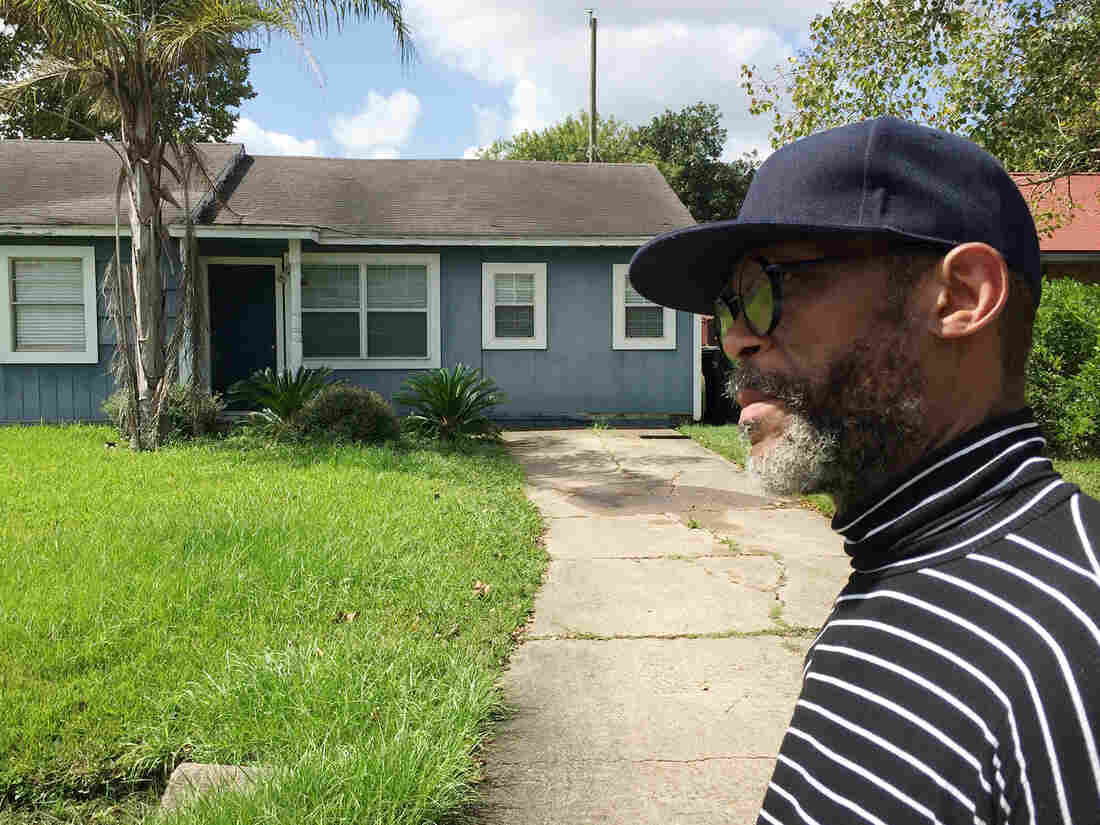 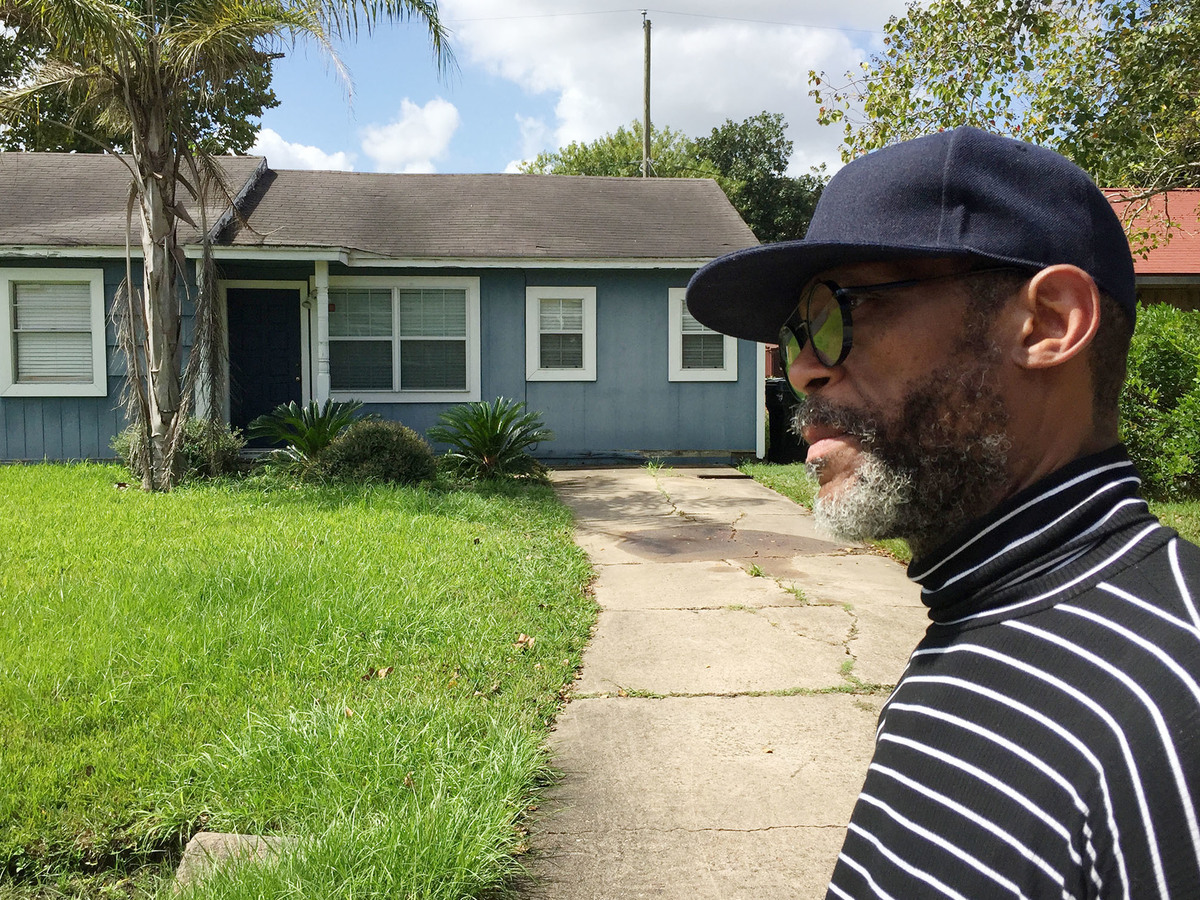 Donnal Walker, 52, returned home to find his HIV pills floating in floodwaters from Hurricane Harvey. He went 11 days without medication.

Angelia Soloman watched out the window of her ranch house in northeast Houston as the floodwaters rose up to the windowsills.

She huddled inside with her three adopted children (ages 12 to 15), a nephew and her 68-year-old mother. "They were looking and crying, like, 'We're gonna lose everything,' " said Soloman. "And I'm like, 'No, it gonna be OK.' "

When the water began rushing under the front door, filling up the house like a bathtub, Soloman led her family outside, and plunged into a river of water up to her chest.

The hurricane couldn't have come at a worse time for the 47-year-old single mother, who was diagnosed with HIV in 2011. Just before the storm, in a troubling sign, the count of her T cells — the cells that HIV kills — had plummeted from the stress of losing her job. She had used her last unemployment check to buy school clothes and supplies that now faced certain ruin in the floodwaters.

After Harvey, Texans With HIV Cope With Destroyed Homes And Medication Loss

After Harvey, Texans With HIV Cope With Destroyed Homes And Medication Loss

"It was like 5 feet of water. We just lost everything. Cars, everything," said Soloman.

The destruction included her HIV medication. When I met Soloman in Houston, it had been a month since she had taken her last HIV pill. There were just too many crises to contend with — dealing with the Federal Emergency Management Agency to rebuild her house, finding a car and enrolling her kids in another school district.

Many Houstonians with HIV faced similar problems. The hurricane closed pharmacies and clinics for a week — or longer. Floodwaters ruined drugs. People who fled to other states couldn't get their prescriptions filled for HIV medicine.

As the days ticked on, many worried the amount of HIV in their blood would increase and become resistant to treatment.

Donnall Walker waited out the storm with his 12 brothers and sisters outside Houston. The 52-year-old former fashion designer left his HIV medication behind. His family's house hadn't flooded once in his lifetime and he assumed he would be back home the next day.

A week later, when he finally returned, everything inside was ruined.

"My biggest emotion was racing in the house to check for my medication because I hadn't had it and it was underwater," said Walker. "It was in my nightstand and my nightstand was floating."

Walker went to his pharmacy the day it reopened, but he went nearly two weeks without his HIV drugs.

"On top of all this disaster, I could possibly die and have that burden on top of my family," he said.

He says he feared for his life — not only from the missed doses but because HIV had weakened his immune system. "I had been in a lot of floodwaters. I didn't know if I got hepatitis," Walker said. "I didn't know what my condition was."

There are some 25,000 people with HIV and AIDS living Houston and Harris County. Dr. Thomas Giordano, medical director at Thomas Street Health Center, a public clinic that offers HIV services, says it will take months to determine — through a series of blood tests — whether his patients' viral loads have been affected by the storm.

Giordano says he worries most about his patients who haven't made it back to the clinic. Hurricane Harvey upended so many lives, scattering people to live with friends or family who may not know their status.

"A lot of people don't want their friends or extended family to know they have HIV, and so they can't get the assistance they might need to get to the pharmacy to get a refill or take their medicines with their meals," said Giordano. "And so a lot of them stay undercover until things are stabilized again."

Soloman, the single mother who waded through the waters with her family, finally found a ride to the county clinic to refill her HIV prescription.

I ask her where she is headed next. Back to her sister's house, she says, where she and her kids are living with 16 other relatives until her house is fixed up.

She doesn't feel relief or even hope, she says. There is still too much to do.