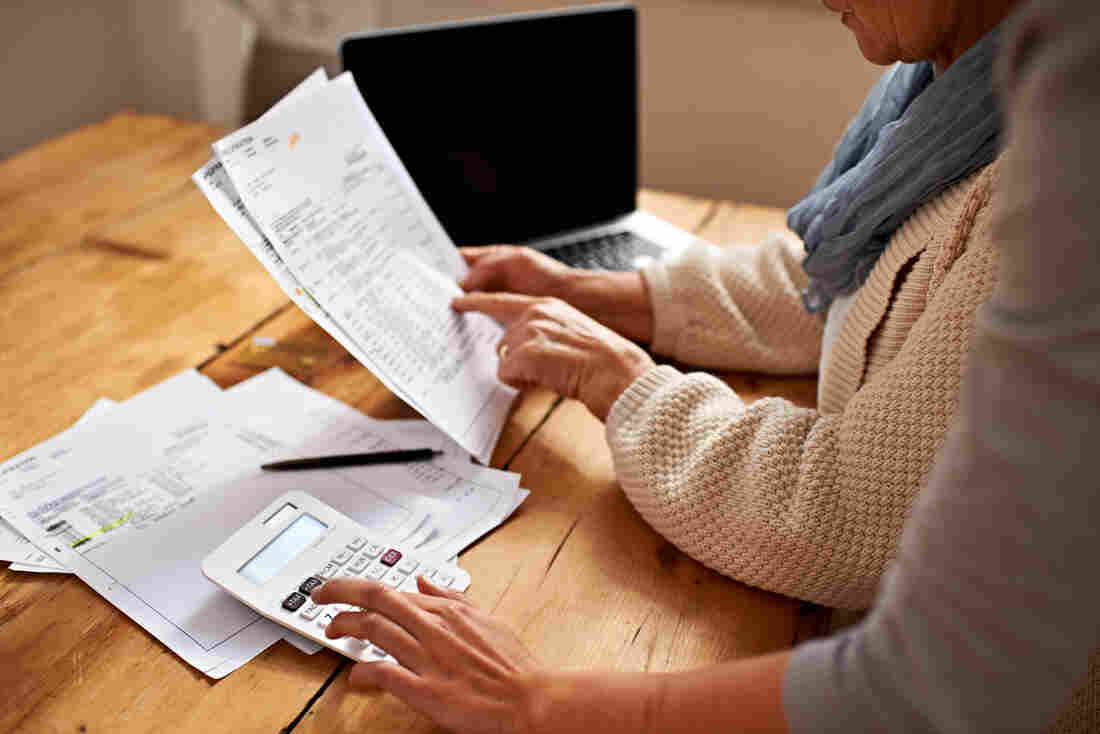 Proposed changes to the tax law could eliminate the deduction for medical expenses. Those who use it generally have very high medical expenses, often for a disabled child, a serious chronic illness or expensive long-term care not covered by health insurance. PeopleImages/Getty Images hide caption 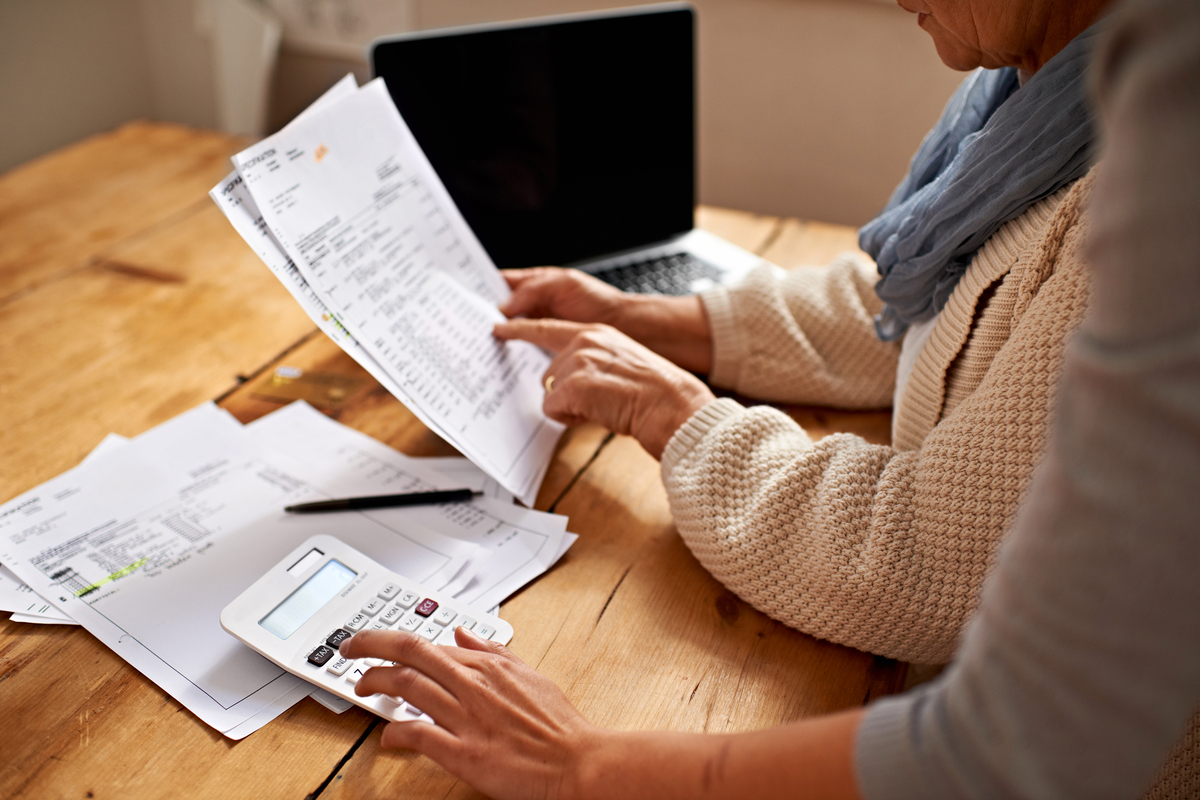 Proposed changes to the tax law could eliminate the deduction for medical expenses. Those who use it generally have very high medical expenses, often for a disabled child, a serious chronic illness or expensive long-term care not covered by health insurance.

Having failed to repeal and replace the Affordable Care Act, Congress is now working on a tax overhaul. But it turns out the tax bills in the House and Senate also aim to reshape health care.

1. Repeal the requirement for most people to have health insurance or pay a tax penalty

Republicans tried and failed to end the so-called individual mandate this year when they attempted to advance their health overhaul legislation. Now the idea is back, at least in the Senate's version of the tax bill. The measure would not technically remove the requirement for people to have insurance, but it would eliminate the fine that people would face if they choose to remain uninsured.

The Congressional Budget Office has estimated that dropping the requirement would result in 13 million fewer people having insurance over 10 years.

It also estimates that premiums would rise 10 percent more per year than they would without this change. That is because healthier people would be most likely to drop insurance in the absence of a fine, so insurers would have to raise premiums to compensate for a sicker group of customers. Those consumers, in turn, would be left with fewer affordable choices, according to the CBO.

State insurance officials are concerned that insurers will drop out of the individual market entirely if there is no requirement for healthy people to sign up, but they still have to sell to people who know they will need medical care.

Ironically, the states most likely to see this kind of insurance-market disruption are those that are reliably Republican. An analysis by The Los Angeles Times suggested that the states with the fewest insurers and the highest premiums — including Alaska, Iowa, Missouri, Nebraska, Nevada and Wyoming — would be left with either no coverage options or options too expensive for most consumers in the individual market.

The House-passed tax bill, although not the Senate's, would eliminate taxpayers' ability to deduct medical expenses that exceed 10 percent of their adjusted gross income.

The medical expense deduction is not widely used — just under 9 million filers took it on their 2015 tax returns, according to the Internal Revenue Service. But those who do use it generally have very high medical expenses, often for a disabled child, a serious chronic illness or expensive long-term care not covered by health insurance.

Among those most vehemently against getting rid of the deduction is the senior advocacy group AARP. Eliminating the deduction, the group said in a statement, "amounts to a health tax on millions of Americans with high medical costs — especially middle income seniors."

The tax bills include no specific Medicare changes, but budget analysts point out that passing the legislation in its current form would trigger another law to kick in. That measure requires cuts to federal programs if the federal budget deficit is increased.

Because the tax bills in both the House and Senate would add $1.5 trillion to the deficit over the next 10 years, both would result in automatic cuts under the Statutory Pay-As-You-Go Act of 2010. According to the CBO, if Congress passes the tax bill and does not waive that law, federal officials "would be required to issue a sequestration order within 15 days of the end of the session of Congress to reduce spending in fiscal year 2018 by the resultant total of $136 billion."

Cuts to Medicare are limited under the 2010 law, so the Medicare reduction would be limited to 4 percent of program spending, which is roughly $25 billion of that total. Cuts of a similar size would be required in future years. Most of that would likely come from payments to providers.

4. Change tax treatment for graduate students and those paying back student loans

The House bill, though not the Senate's, would for the first time require graduate students to pay tax on the value of tuition that universities do not require them to pay.

Currently, graduate students in many fields, including science, often are paid a small stipend for teaching while they pursue advanced degrees. Many are technically charged tuition, but it is "waived" as long as they are working for the university.

The House tax bill would eliminate that waiver and require them to pay taxes on the full value of the tuition that they don't have to pay, which would result in many students with fairly low incomes seeing very large tax bills.

At the same time, the House tax bill would eliminate the deduction for interest paid on student loans. This would disproportionately affect young doctors.

According to the Association of American Medical Colleges, 75 percent of the medical school class of 2017 graduated with student loan debt, with nearly half owing $200,000 or more.

5. Change or eliminate the tax credit that encourages pharmaceutical companies to develop drugs for rare diseases

Congress created the so-called Orphan Drug Credit in 1983, as part of a package of incentives intended to entice drugmakers to study and develop drugs to treat rare diseases, defined as those affecting fewer than 200,000 people. With such a small potential market, it does not otherwise make financial sense for the companies to spend the millions of dollars necessary to develop treatments for such ailments.

To date, about 500 drugs have come to market using the incentives, although in some cases, drugmakers have manipulated the credit for extra financial gain.

The House tax bill would eliminate the tax credit; the Senate bill would scale it back. Sen. Orrin Hatch, R-Utah, chairman of the tax-writing Finance Committee, is one of the original sponsors of the orphan drug law.

The drug industry has been relatively quiet about the potential loss of the credit, but the National Organization for Rare Disorders called the change "wholly unacceptable" and said it "would directly result in 33 percent fewer orphan drugs coming to market."