Accessibility links
Hairdressers Can Learn How To Spot Melanoma : Shots - Health News It's hard to check for skin changes on the scalp, and that's one body part that hairdressers see every day. Researchers found that they improved their ability to spot scary stuff after brief training.

Looking Below The Locks: Teaching Hairdressers To Spot Melanoma

Looking Below The Locks: Teaching Hairdressers To Spot Melanoma 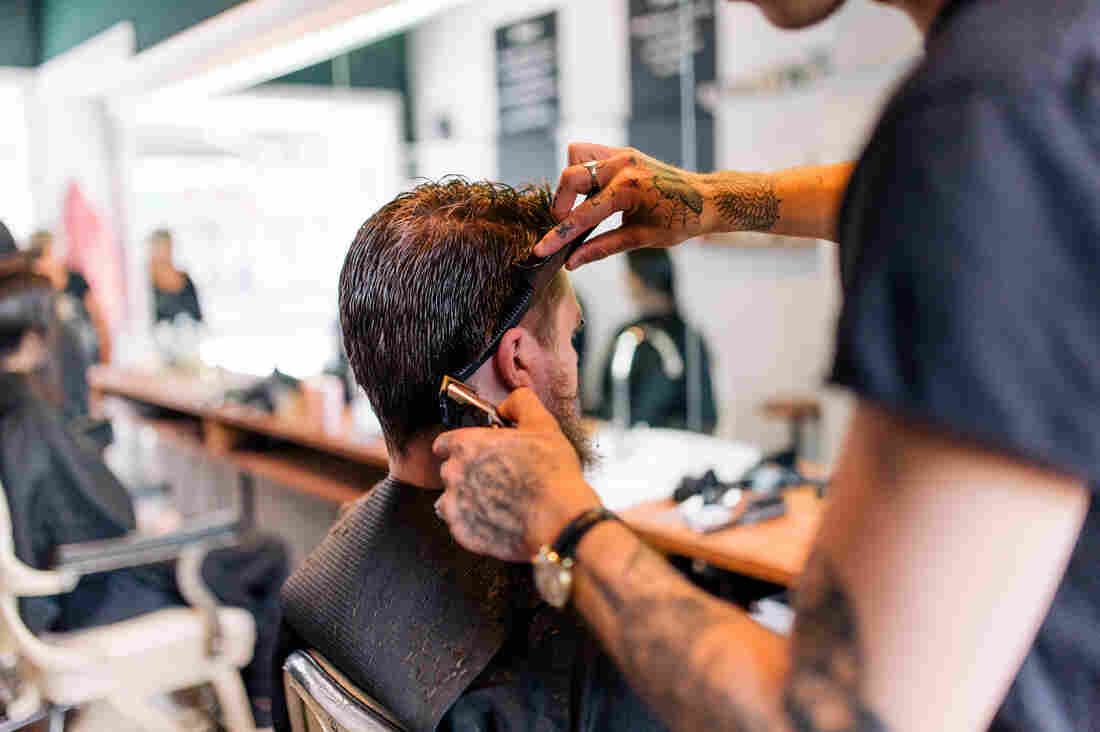 Hairdressers spend more time looking at the tops of heads than anyone else, so are well positioned to spot suspicious skin changes. CommerceandCultureAgency/Getty Images hide caption 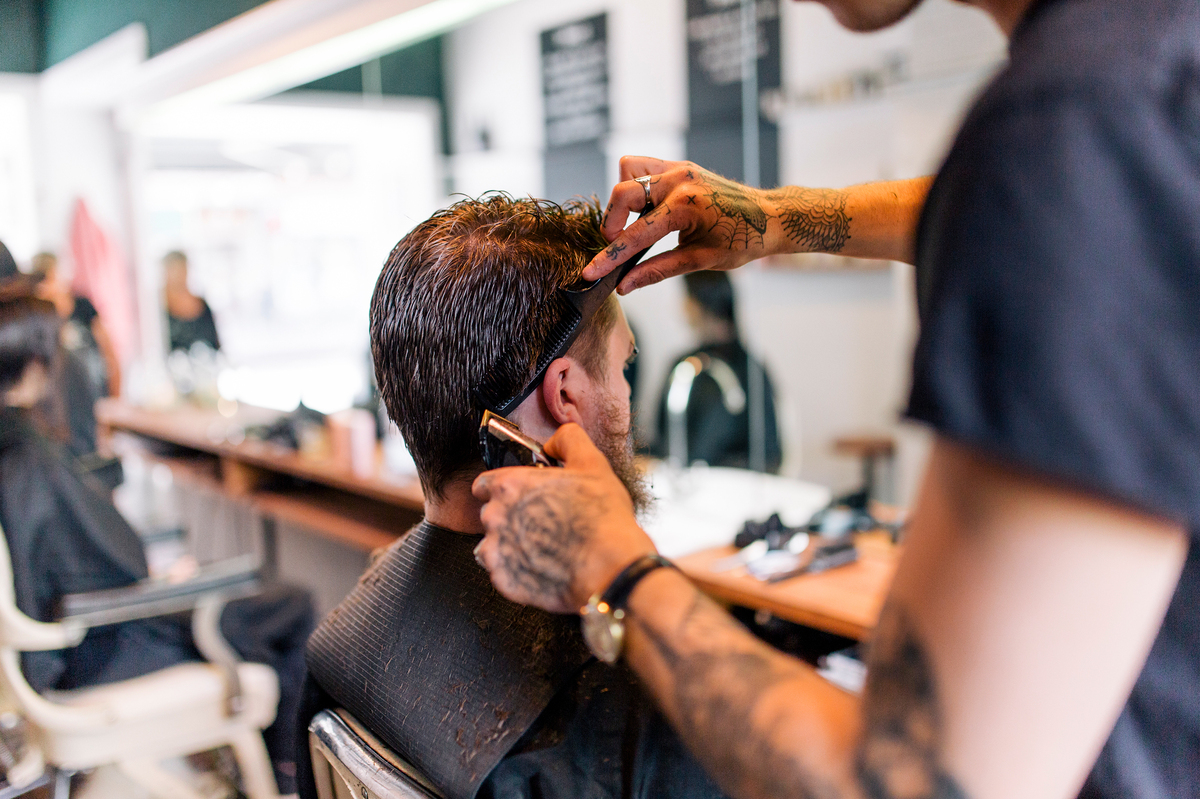 Hairdressers spend more time looking at the tops of heads than anyone else, so are well positioned to spot suspicious skin changes.

Of all types of skin cancer, melanoma causes the majority of deaths. When on the scalp it can be especially difficult to catch in a self-examination — when was the last time you examined the top of your head?

One person who might be able to help: your hairdresser. While cutting your hair, they've got a great view for a scalp inspection. And they can learn how to spot scary changes, researchers say.

In a report published Wednesday in JAMA Dermatology, researchers from the University of Southern California and University of Colorado Denver detailed their efforts to educate hairdressers with a training video. Hairdressers had told some of the same researchers that they wanted to learn more about melanoma detection in an earlier survey, so they seemed like willing participants.

The researchers showed the short video to 100 hairdressers in the Los Angeles area and measured their knowledge of melanoma screening before and after. After watching, the number of hairdressers reporting they were "very confident" in their ability to point out possible melanoma lesions increased more than two-fold and their measured knowledge of melanoma and its risks increased.

Dr. Neda Black, a dermatologist in Pasadena, Calif., and first author of the research, says that scalp and neck melanoma is often hidden by hair. Just last year though, she saw three patients with melanoma who had come after their hairdresser found evidence of the disease.

"Hairdressers make daily observations of the scalp and neck, and can act as educators," she said in an email, "I saw this as an excellent educational opportunity to promote public health."

The idea of using hairdressers as another way to catch melanoma is not new. A 2011 survey found that more than half of Houston-area salon workers had seen a mole on a client and suggested that the client see a doctor.

Bonnie Sedlmayr-Emerson, a 63-year-old resident of Tucson, understands the importance. In December 2004, her hairdresser found a salmon-colored spot on the top of her head and suggested she see a dermatologist. She was eventually diagnosed with melanoma that had spread to the lymph nodes. Although it was not an easy path and she will always have stage four cancer, she says she's doing well now with no evidence of disease. She calls her hairdresser, who she still sees, her lifesaver.

Moving forward, the study's authors note that it's necessary to do further research to see if these gains in knowledge last over time.

Dr. Doris Day, a dermatologist in New York City who was not involved in the study, adds that doctors need to keep talking with hairdressers to increase awareness.

"It's not going to be a one and done type of thing," Day says. "We have to keep reminding them and continue education to help them recognize and have an eye out both for seeing a spot and telling the client so they can tell their dermatologist."

David Black, the letter's co-author and assistant professor of preventive medicine at the University of Southern California, said in an email, "Next steps include further disseminating the video and related scalp and neck melanoma detection videos among hairdressers. Future research should see if the educational video approach can be applied to other professions such as massage therapy."