Accessibility links
Funding Restrictions Have Made Gun Violence Researchers Get Creative : Shots - Health News After the 2012 mass shooting at an elementary school in Newtown, Conn., there was a spike in gun sales. A study examined the spike and links increased gun exposure to more accidental firearm deaths. 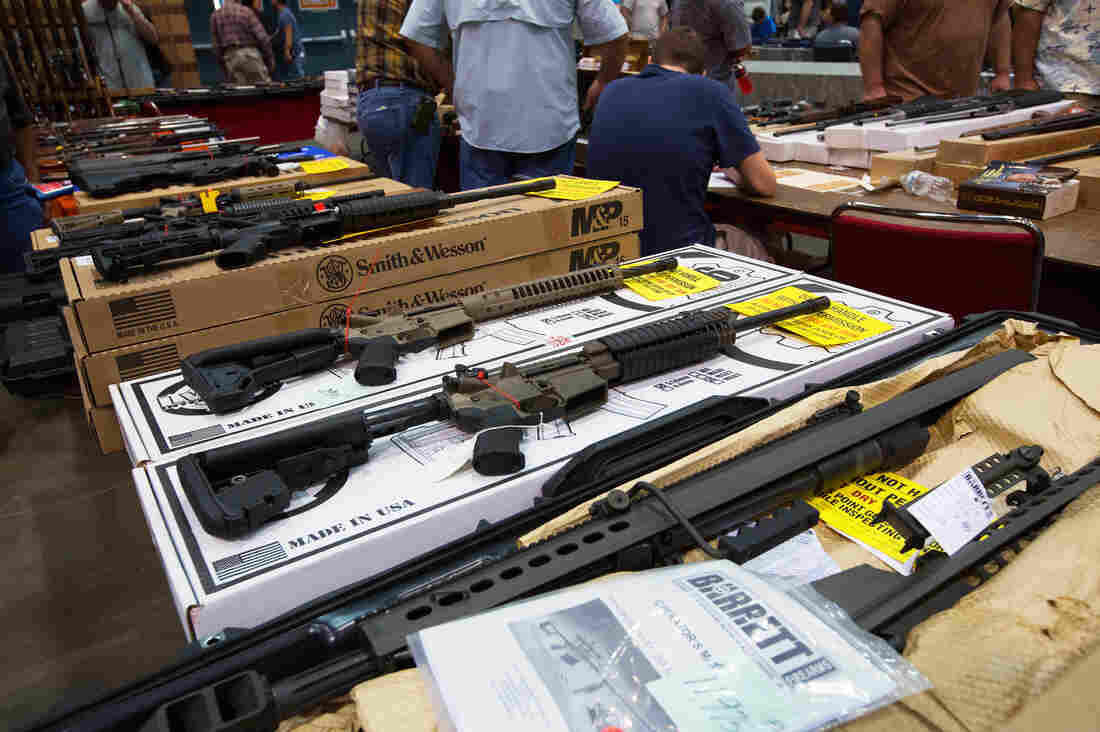 Sales surged for guns, such as these seen at a show in Kenner, La., in late 2012, after the mass shooting in Newtown, Conn. Julie Dermansky/Corbis via Getty Images hide caption 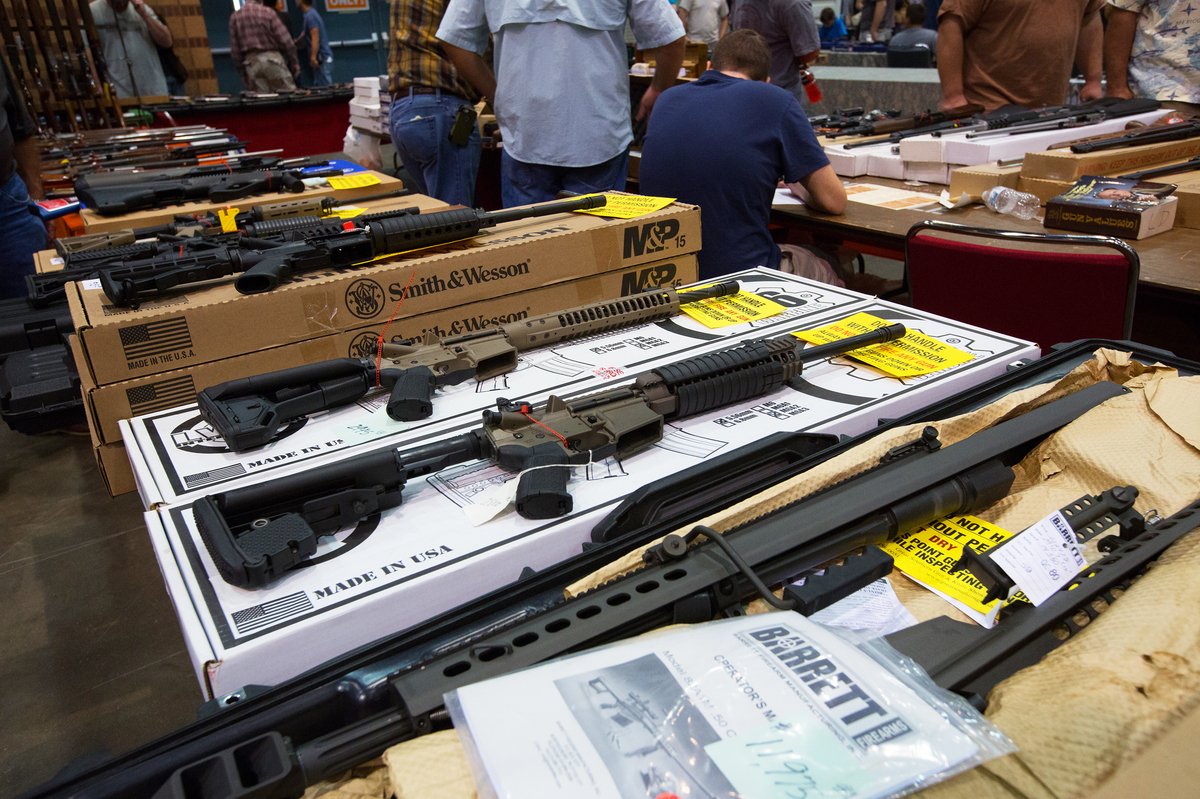 Sales surged for guns, such as these seen at a show in Kenner, La., in late 2012, after the mass shooting in Newtown, Conn.

After the 2012 school shooting in Newtown, Conn., people across the country went out and bought guns.

A study published Thursday concludes that a subsequent increase in gun exposure led to more accidental firearm deaths than otherwise would have occurred in the months after the school shooting.

"It was the spike [in sales] itself that sort of drove us to initiate this project," says Phillip Levine, a professor of economics at Wellesley College and author of the study that appears in the journal Science. "It just led us to ask the question, 'Given that many new guns being added to society, what impact does that have?' "

The answer may seem obvious. But restrictions on funding have left gaping holes in U.S. gun safety research. "Although the evidence that firearm ownership and access to firearms is associated with health risks is fairly strong, the estimates very widely," says David Studdert, a professor at Stanford University who studies trends in gun violence and who wasn't involved in the new study.

The new analysis, which only considers accidental firearm deaths, required cobbling together multiple sources of information. American data on gun violence is notoriously incomplete — not all states reliably report crime information to the federal government and there is no national gun ownership database. The Wellesley team used data on background checks to estimate gun sales and Google trends data about gun-related searches to approximate exposure to firearms.

"In reality it doesn't 100 percent matter that we have the exact right number of guns," he says, because the increase in background checks reflects the overall increase in exposure to firearms.

In Google search data, the team saw spikes in searches including the terms "clean gun" and "buy gun" immediately following the Newtown shooting. The term "clean gun" is, they argue, an indicator that people may be removing guns they already own from storage in order to clean them.

In all, the study concludes that increased gun exposure after Newtown led to an additional 66 accidental shooting deaths in the U.S., a third of whom were children.

"It's very challenging to estimate empirically," says Studdert. "If we really wanted to understand the health effects of firearm ownership, we would randomize the ownership of weapons in different households and observe their effects over time. Of course, we can't do that."

He thinks the approach, using a surge in the supply of firearms to ask a question about accidental deaths, is a good one. But, he says, the study leaves larger questions unanswered.

"Accidental deaths are quite a small part of firearm mortality. Around 2 to 3 percent of all firearm related deaths are accidental deaths. The lion's share are homicides and suicides," Studdert points out. "The much bigger question is, 'What effect does firearm exposure have on firearm-related suicide and homicide?' The design of this study didn't allow them to answer that."

The new study also found smaller increases in gun exposure after major gun policy events, including a speech by President Obama in which he called for tighter gun purchase laws, and the announcement of a task force to study such legislation. That finding makes explicit a dilemma policymakers face after mass shootings, Levine says: "Introducing unsuccessful gun control legislation isn't necessarily helping. It may be hurting."