Accessibility links
Stopping A Plan Already In Motion Could Give You A Headache : Shots - Health News Researchers say it takes a lot of brainpower to stop an action, once it's underway. A study found that when people have to change a planned movement, 11 different brain areas have to get involved. 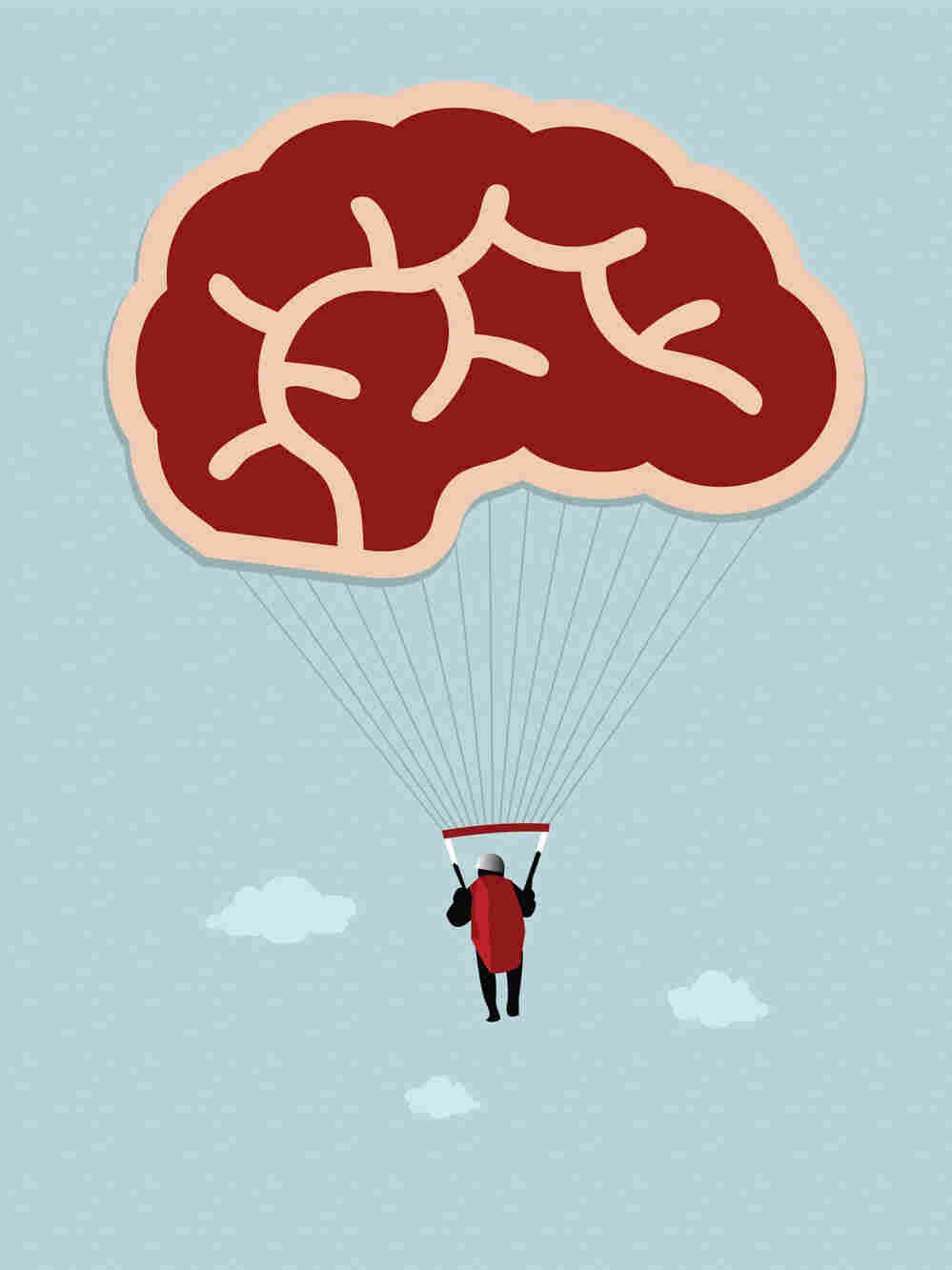 I guess it's too late to change my mind. Aşkın Dursun KAMBEROĞLU/Getty Images hide caption 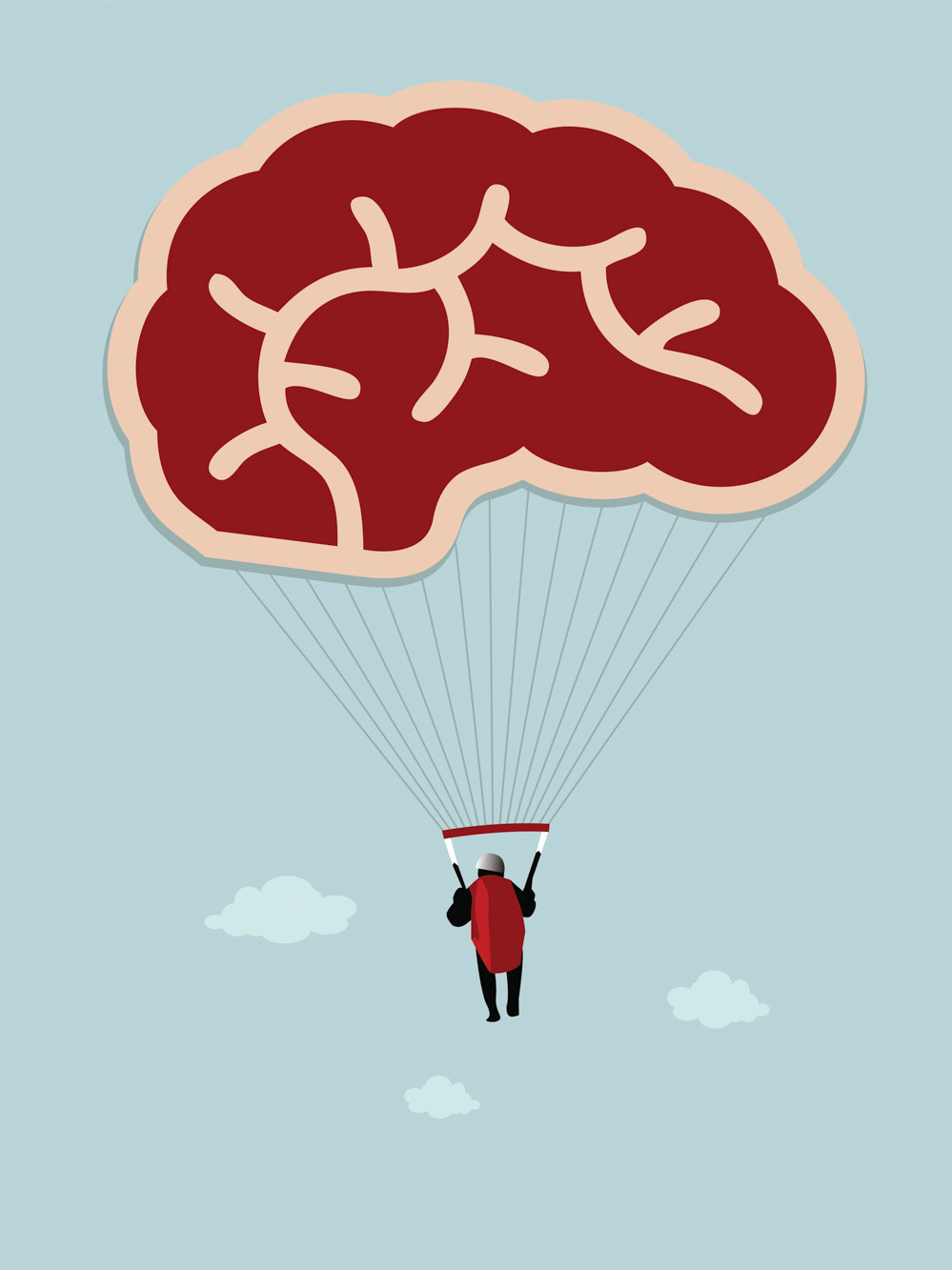 I guess it's too late to change my mind.

You're in your car, heading for an intersection. The light turns yellow, so you decide to hit the gas. Then you see a police car.

Almost instantly, you know that stomping on the accelerator is a big mistake. But there's a good chance you'll do it anyway, says Susan Courtney, a professor in the Department of Psychological & Brain Sciences at Johns Hopkins University.

That's because as one area of your brain is recognizing that police car, other areas have already begun carrying out your original plan to accelerate. "Even if you haven't actually started moving your foot, your brain has already initiated that plan," Courtney says.

And stopping a plan once it's underway requires a lot of brainpower, Courtney and a team of researchers report in the journal Neuron. "It's complicated," she says.

The team monitored the brain activity of 21 people and one monkey as they encountered a situation that's a bit like approaching an intersection when the light turns yellow.

Participants were asked to focus on a central point on a screen and wait for a target to appear somewhere else. Sometimes they were allowed to do the natural thing and shift their gaze to the target when it appeared.

Other times, they got a visual cue to overrule the impulse to shift their gaze. In other words, they had to cancel an action the brain was already planning to carry out.

The study found that stopping an action required three key brain areas to communicate with eight other areas. Previous research had suggested fewer areas were required.

The team also found that all the communication had to occur within about one-tenth of a second of when a participant saw the cue not to move their eye. After that, a signal has already been sent to the eye muscles and there is no way to stop it, Courtney says.

This lag is why we experience that awful, fleeting moment when our brain knows we shouldn't stomp on the gas, but our foot does it anyway. "If the signal has already been sent you can watch it happen without being able to stop it," Courtney says.

The brain's stop system appears to be involved in a lot more than just controlling our bodies. "It's not just about stopping your foot or your eyes, it's about changing your plan about anything," Courtney says.

One function of the brain systems that stop an action may be helping us avoid danger, says Russ Poldrack, a professor of psychology at Stanford University who was not part of the study.

"People now think that some of these same systems are involved in being more cautious in making choices, taking fewer risks," he says.

Also, there's growing evidence that these systems are faulty in people who have suffered brain damage or who abuse drugs, Poldrack says, adding that years ago, his lab did a study of people who take methamphetamine.

"Methamphetamine abusers were worse at stopping themselves on these very simple tasks and their ability to stop themselves related to how much craving they had for the drug," he says. The craving seemed to be interfering with the brain's ability to change a plan it knows is a bad idea.

Ultimately, understanding the brain's stop system may help us understand the success of our species, Poldrack says.

"The thing that humans do better than any other species is adapt ourselves to the world when things change," he says.

Poldrack agrees with most of what the Neuron study found, though he'd like to see a larger study before concluding that all the brain areas interact the way Courtney thinks they do.