Accessibility links
Feel In Danger On A Date? These Apps Could Help You Stay Safe : Shots - Health News Safety apps are designed to help women ease out of a dating situation that seems uncomfortable or dangerous. But experts say it's also important to help friends in real life. 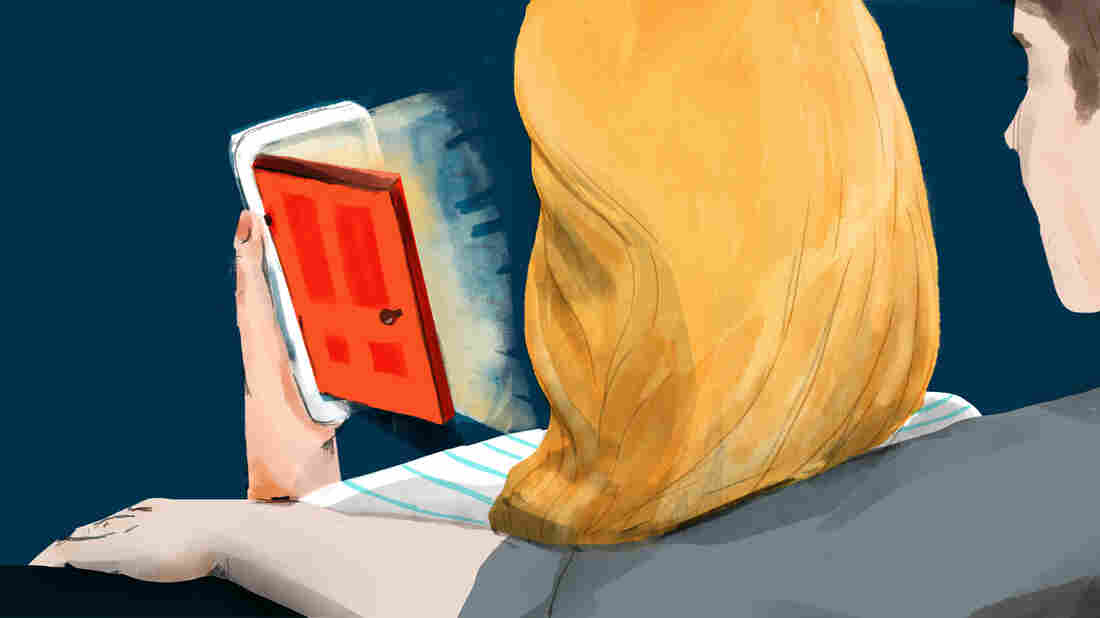 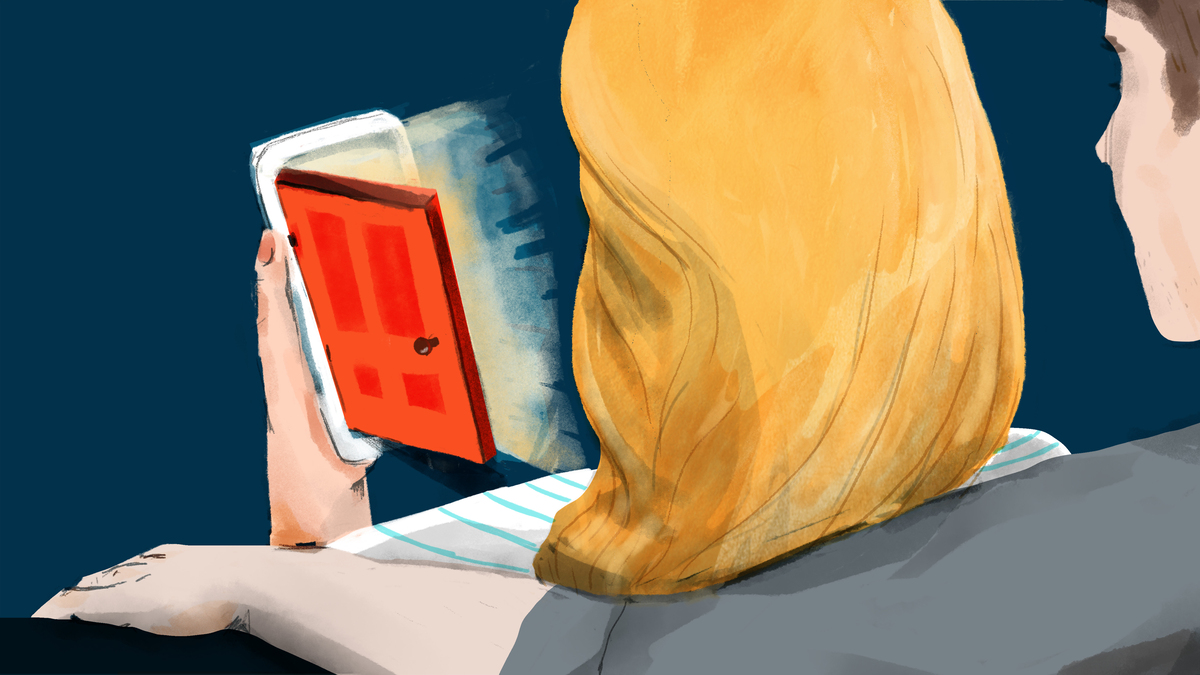 Say you're on a Tinder date and the situation turns weird.

"You're thinking, I need to get out, I no longer feel safe," says Celine Guedj, a senior at the University of New Hampshire in Durham. She's role-playing the use of a new app, uSafeUS.

"That's when you open the app," Guedj explains. One feature called Time to Leave is designed to give you a quick out. "You get a fake call" or text, Guedj says. It sounds like it's your mom or your roommate interrupting you with an urgent request.

There are several preprogrammed "interruption messages" such as, "Hey, I'm locked out, can you come let me in."

Another feature, called Expect Me, will alert a friend if you don't show up to a destination when you're expected. And, one more, called Angel Drink, is a quick way to signal to a bartender or server that you want help to exit a situation or separate yourself from a person who is making you feel uncomfortable.

So why the ruse? Why wouldn't you just bolt or walk out of a situation at the first instinct of potential trouble or bad vibe?

Do You Like Me? Swiping Leads To Spike In Online Dating For Young Adults

"What the students have told us over and over is that they really want a discreet way to take themselves out of a situation, or help a friend," says Sharyn Potter, a sociology professor at University of New Hampshire who directs research on sexual violence prevention. She helped develop the app with a team of students, designers and a retired state trooper.

Potter says students often don't want to make a scene or they may feel intimidated. "They're not ready to ... directly call somebody out. They want to do it subtly."

The uSafeUS app is free for everyone to download. However, only colleges and institutions that license the app can customize the content to connect users to local resources and support, such as counseling and local law enforcement. The customized app is available for students, faculty, staff, parents/guardians, community members and alumni of universities to use. In addition, the app includes step-by-step information and guidance about what to do in the aftermath of a sexual assault.

The app was piloted on New Hampshire campuses last year and was launched nationally this fall., and beginning in January the team behind the uSafeUS app will be reaching out to campus leaders and high schools around the country to spread the word about the platform. The effort is being funded by a grant from the National Science Foundation.

Still, advocates say that even the best app can't replace human interaction – or help from a person.

"In theory, apps like this sound like a good idea," says Sabrina Sugano, a student at Cornell University who is co-president of Consent Ed, a peer-to-peer education program. She's never used safety apps like this one, but says she can see how they could be useful.

"We have a big emphasis on bystander intervention," Sugano says. "We talk a lot about ways [students] can intervene, say, in a party situation" to help someone who appears to be in an uncomfortable situation. If the app can help aid this bystander approach, Sugano says this could be beneficial.

But she has hesitations, too. Safety apps are just one tool.

"We shouldn't rely completely on them, because we should be able to have our peers acting as a community to help us." Sugano says. She says human interactions are important, especially since someone who's been drinking at a campus party and becomes incapacitated might not have the clarity of mind or the ability to launch an app if they're in an unsafe situation.

This isn't the first effort to create tools to help people protect themselves against sexual aggression or assault. Existing safety apps such as bSafe and Circleof6 are getting a second look in workplaces, communities and on military bases.

Circleof6, which won the Obama administration's "Apps Against Abuse" technology challenge back in 2011, was originally designed for college students. Now, it's marketed as a safety app "for everyone."

"Circleof6 was designed, really mirroring what friends, especially women, have always done for each other," says Nancy Schwartzman, chief executive officer of Tech 4 Good, LLC the company behind the app. " 'Where are you going to be, check in with me later, call me if you need me,' we say to our friends. We just brought this to the mobile context," Schwartzman says.

Users pick up to six friends to join their circle. Features include Come Get Me, which sends a text to your circle of friends with your exact location using GPS coordinates. Another option, Call Me, sends a text to your circle that says. "Call and pretend you need me. I need an interruption." The app also connects users to national hotlines and has helpful links to information about sexuality, relationships and safety.

Schwartzman acknowledges that sexual assault is a complex problem. "Apps can't solve it," she says. But her hope is that the technology can help.