Accessibility links
FDA Unveils Policy To Target Risky Homeopathic Treatments : Shots - Health News FDA says homeopathy has grown into a $3 billion industry with treatments being sold for conditions ranging from the common cold to cancer. The agency will prioritize action against unsafe products. 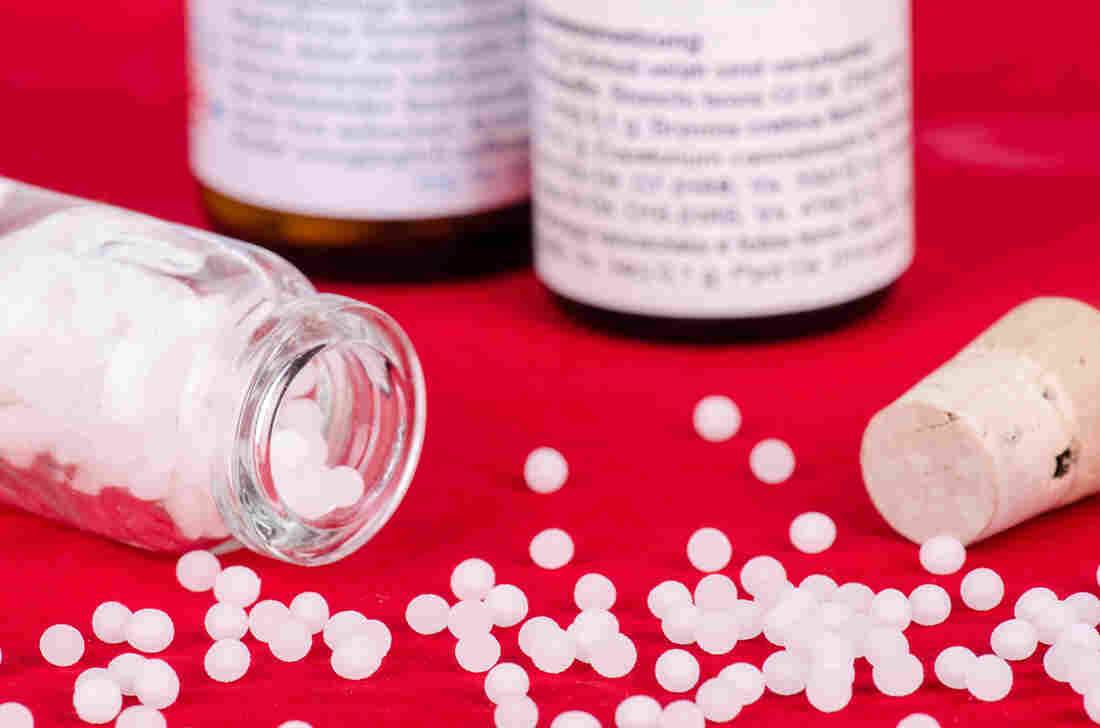 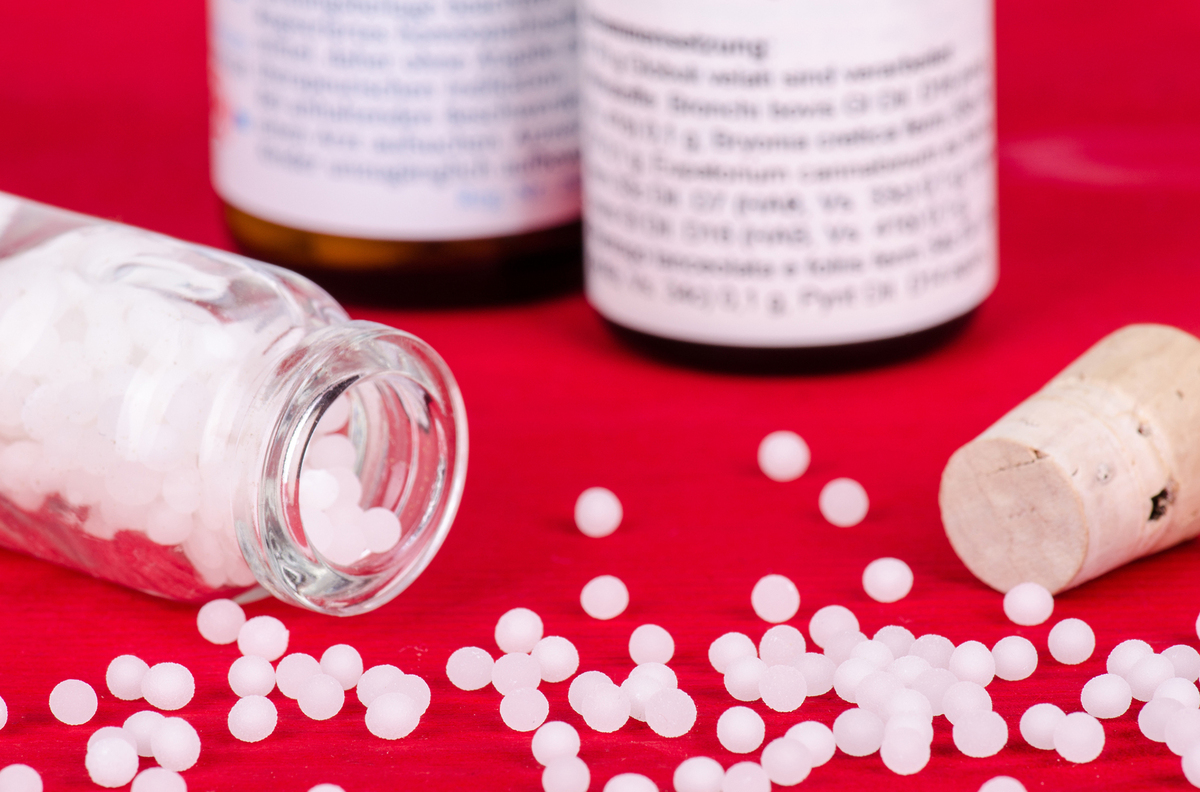 The Food and Drug Administration plans to take action against risky homeopathic remedies under a policy unveiled Monday.

Updated at 4:17 p.m. ET to include comment from homeopathic pharmacists.

The Food and Drug Administration said it plans to crack down on the sale of some homeopathic products.

The agency unveiled a new, risk-based approach to regulating homeopathic treatments Monday that aims to protect the public from dangerous products.

"In recent years, we've seen a large uptick in products labeled as homeopathic that are being marketed for a wide array of diseases and conditions, from the common cold to cancer," FDA Commissioner Scott Gottlieb said in a statement announcing the new policy.

"In many cases, people may be placing their trust and money in therapies that may bring little to no benefit in combating serious ailments, or worse — that may cause significant and even irreparable harm because the products are poorly manufactured, or contain active ingredients that aren't adequately tested or disclosed to patients," Gottlieb says.

Homeopathy is an ancient practice based on the idea that small traces of substances that cause diseases can actually be used to treat illness. But critics have long charged that there is no scientific evidence to support homeopathy and that some homeopathic products could be dangerous.

Critics have been especially concerned about products being contaminated with dangerous substances, or sold for serious conditions for which other, proven treatments work.

The FDA has issued warnings about specific products in the past, and the Federal Trade Commission has required better labeling of homeopathic products.

But over the past decade, the homeopathic drug market has grown "exponentially," according to the FDA, becoming a nearly $3 billion industry in the United States.

The FDA has seen a "corresponding increase in safety concerns, including serious adverse events" resulting from homeopathic products, the FDA says.

In response to the growth and continuing concerns, the FDA convened a public hearing to revisit a 1988 decision not to regulate homeopathic products like standard medical treatments.

Under the new policy, the FDA will more carefully scrutinize these products, especially those sold to treat infants and children, those containing ingredients with significant safety concerns, such as belladonna, and those sold for serious conditions such as opioid addiction, heart disease and cancer.

"We respect that some individuals want to use alternative treatments, but the FDA has a responsibility to protect the public from products that may not deliver any benefit and have the potential to cause harm," Gottlieb says.

Mark Land, president of the American Association of Homeopathic Pharmacists, said in an email that the group "shares the FDA's commitment to protecting public health," and noted the action "would not materially affect the vast majority of homeopathic drug products available in the United States."

"As always, AAHP is committed to ensuring that consumers have access to natural, safe, homeopathic medicines in the United States and throughout the world," Land said.

The agency's move was praised by long-term critics of the industry.

"I think that it's about time that these snake oil salesmen were held accountable for what they're selling," says Paul Offit, a pediatrician at the Children's Hospital of Philadelphia. "The consumer will clearly benefit."