Accessibility links
NIH Lifts Ban On Research That Could Make Deadly Viruses Even Worse : Shots - Health News After an unusual three-year moratorium, the federal government says it will once again allow research on deadly viruses that could spark pandemics. The work has sparked concerns about bioterrorism. 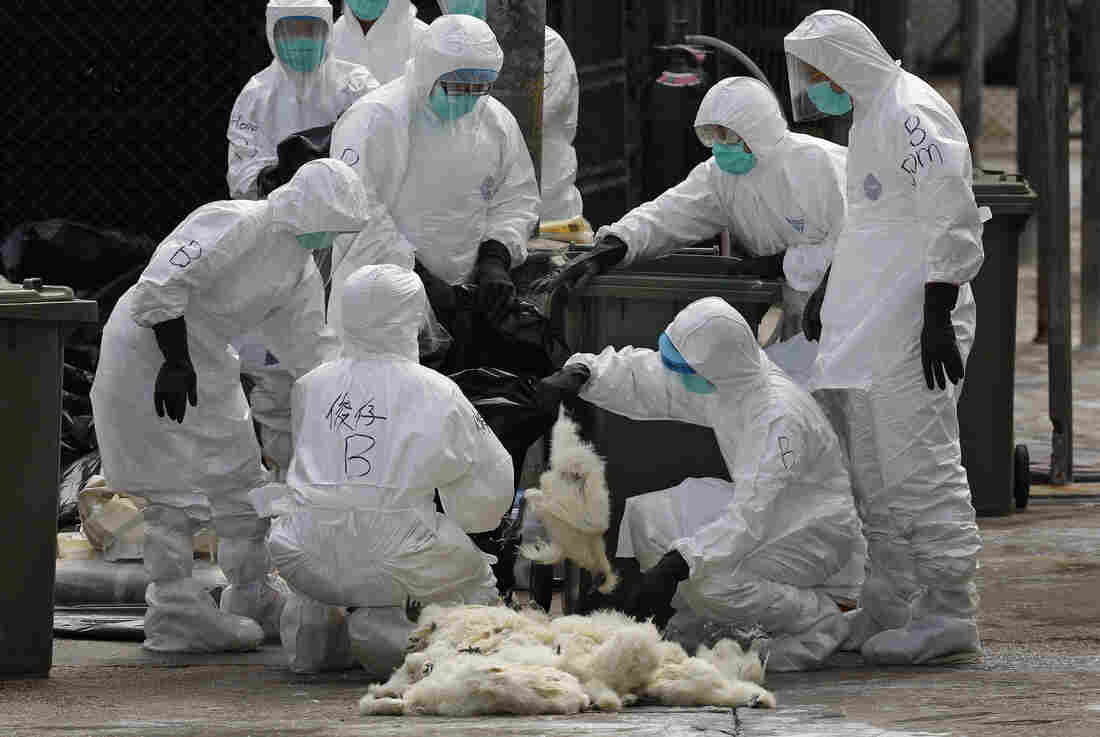 Health workers killed chickens in a Hong Kong market in 2014 in an effort to stop the spread of H7N9 flu. It's being watched closely as a virus that might spark a pandemic outbreak. Vincent Yu/AP hide caption 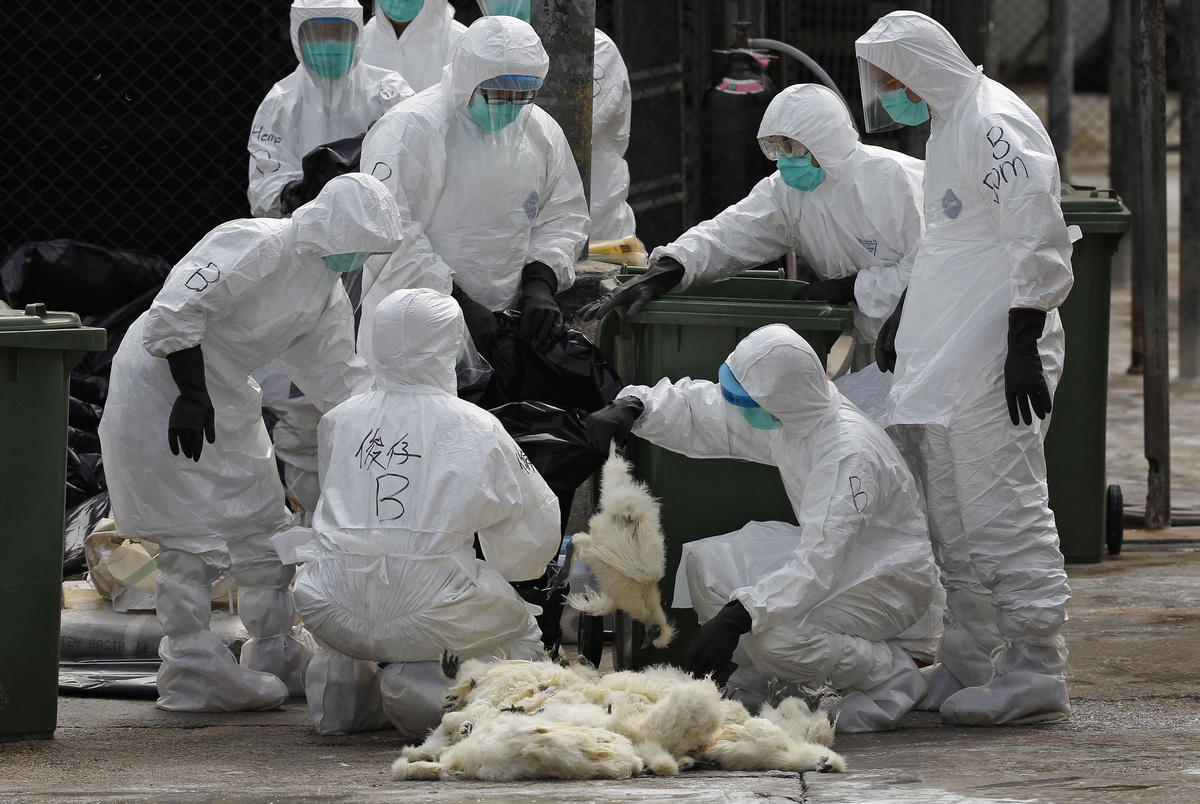 Health workers killed chickens in a Hong Kong market in 2014 in an effort to stop the spread of H7N9 flu. It's being watched closely as a virus that might spark a pandemic outbreak.

Scientists could soon resume controversial experiments on germs with the potential to cause pandemics, as government officials have decided to finally lift an unusual three-year moratorium on federal funding for the work.

The research involves three viruses — influenza, SARS, and MERS — that could kill millions if they mutated in a way that let the germs spread quickly among people.

The bird flu virus H7N9, for example, is known to have infected more than 1,500 people, and 40 percent of them died. But unlike common flu strains, this one does not spread easily among humans.

Biologists say they may need to alter these viruses in the lab to understand what genetic changes matter in starting pandemics, so they can understand the risks and get ready. But some of their past efforts to tinker with viruses have made other scientists uneasy.

On Tuesday, the Department of Health and Human Services released a new framework for making decisions about funding research that has the potential to create a new pandemic strain.

"We have a responsibility to ensure that research with infectious agents is conducted responsibly, and that we consider the potential biosafety and biosecurity risks associated with such research," said Francis Collins, director of the National Institutes of Health, in a statement.

The move by officials may mark the end of a long saga that has sharply divided the scientific community in recent years.

In 2011, scientists revealed that they had deliberately made forms of a deadly bird flu that could transmit easily among ferrets, the stand-in for people in flu studies. Critics argued that the knowledge gained wasn't worth the danger of creating a superflu that might escape the lab. In early 2012, virologists agreed to put a voluntary moratorium on their bird flu work that was supposed to last only 60 days, but ended up lasting more than a year.

The issue flared up again after unrelated mishaps involving anthrax and bird flu heightened concerns about lab accidents. At about the same time, the Ebola outbreak provided a vivid example of how a deadly, contagious virus could kill thousands.

Officials embarked on an effort to come up with a regulatory process that would weigh the risks and the benefits of experiments, with input from the National Science Advisory Board for Biosecurity and the National Academies of Sciences, Engineering, and Medicine.

"There has been increased scrutiny of laboratories working in this area, which can lead to an even more robust culture of safety. But I also fear that the moratorium may have delayed vital research," says Samuel Stanley, president of Stony Brook University and chair of the NSABB, who said he was not speaking for the biosecurity committee. "That could have long lasting effects on the field. I believe nature is the ultimate bioterrorist and we need to do all we can to stay one step ahead."

Indeed, as the moratorium dragged on, some scientists wondered whether this research would end up being done by labs overseas that weren't subject to these funding restrictions.

"I am happy to see that this is finally moving forward," says virologist Ron Fouchier of Erasmus Medical Center in the Netherlands, whose NIH-funded experiments with bird flu originally sparked this debate. He said he has not seen details of the review process, so he does not know exactly what it would mean for the research community. But he was hoping to resubmit proposals that had been approved under the old policy "and continue with the NIH-funded research activities that have been on hold for several years now."

Matthew Frieman, a virologist at the University of Maryland School of Medicine who studies SARS and MERS, is also "thankful this is finally resolved." He says there has been "much uncertainty" among researchers working on these pathogens.

"It is very good news for laboratories interested in understanding the threat of natural pathogens to the human population," agrees James Paulson, a researcher at The Scripps Research Institute. He believes that the new review process will allow responsible research to move forward "while guarding against the creation of pathogens with pandemic potential."

He says his team will likely apply for approval to study the potential for certain mutations to increase how easily bird flu can be transmitted among humans, but they would study the effect of these genetic changes in weakened flu viruses and not the deadly H7N9 virus itself.