Accessibility links
Luxturna Approved By FDA To Treat Inherited Form Of Blindness : Shots - Health News The Food and Drug Administration approved Luxturna, a genetically modified virus that restores by ferrying a healthy gene into the eyes of patients born with a genetic disease that impairs sight. 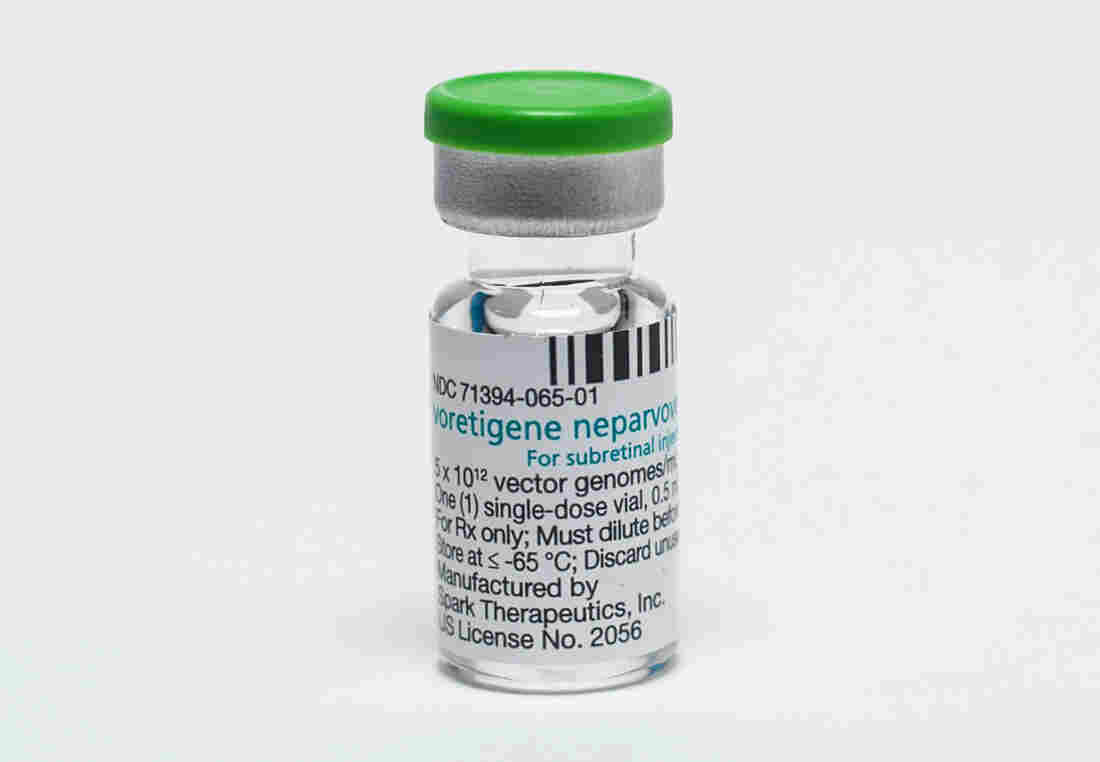 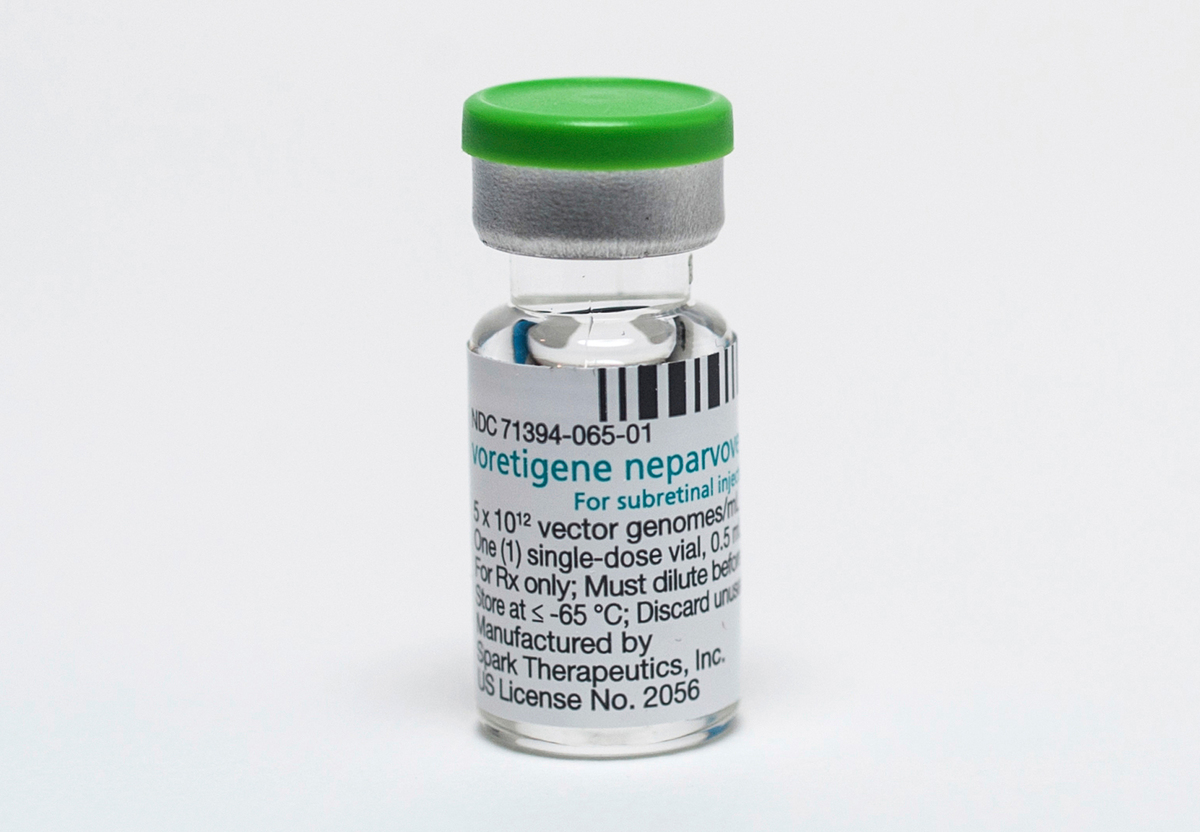 This Food and Drug Administration approved Luxturna, a gene therapy developed by Spark Therapeutics, to treat an inherited form of blindness.

Courtesy of Spark Therapeutics via AP

The Food and Drug Administration Tuesday approved the first gene therapy to treat an inherited disease.

The treatment is called Luxturna, a genetically modified virus that ferries a healthy gene into the eyes of patients born with retinal dystrophy, a rare condition that destroys cells in the retina needed for healthy vision.

In tests on patients, the treatment often produced dramatic results, restoring the ability of patients to see things they could never see before, such as the stars, the moon, fireworks and their parents' faces.

The treatment also enabled patients to do many things that had been impossible, such as read, play sports, ride bicycles and go outside at night by themselves.

"Today's approval marks another first in the field of gene therapy," said FDA Commission Scott Gottlieb in a statement announcing the decision. "This milestone reinforces the potential of this breakthrough approach in treating a wide range of challenging diseases."

The approval marks the latest development in the rapidly moving field of gene therapy, which for years was mired in disappointments and disasters.

In August, the FDA approved Kymriah, the first gene-therapy product to treat a form of leukemia. A second gene-based treatment, called Yescarta, was approved for a form of lymphoma in October.

Gene therapy is showing promise for many other conditions.

Despite the rising enthusiasm for the approach, there are still some concerns. They include the safety of some of the treatments and the cost. The first gene therapy product costs $475,000 per patient.

Spark Therapeutics, which makes Luxturna, hasn't said how much it will charge. But there is a widespread expectation that it could cost at least $1 million to treat each patient.

"I think the price tag will be enormous — 20 or 30 times the annual wages of the typical American," says Dr. Peter Bach, director of the Center for Health Policy and Outcomes at the Memorial Sloan Kettering Cancer Center.

"For rare conditions like this, the question we need to ask ourselves is exactly how much wealth should be transferred from society to the investors in these companies," Bach says. "Without addressing that we are just letting the investors decide how much they can take."

The FDA's decision to approve Luxturna follows a unanimous recommendation in its favor by an advisory committee in October.